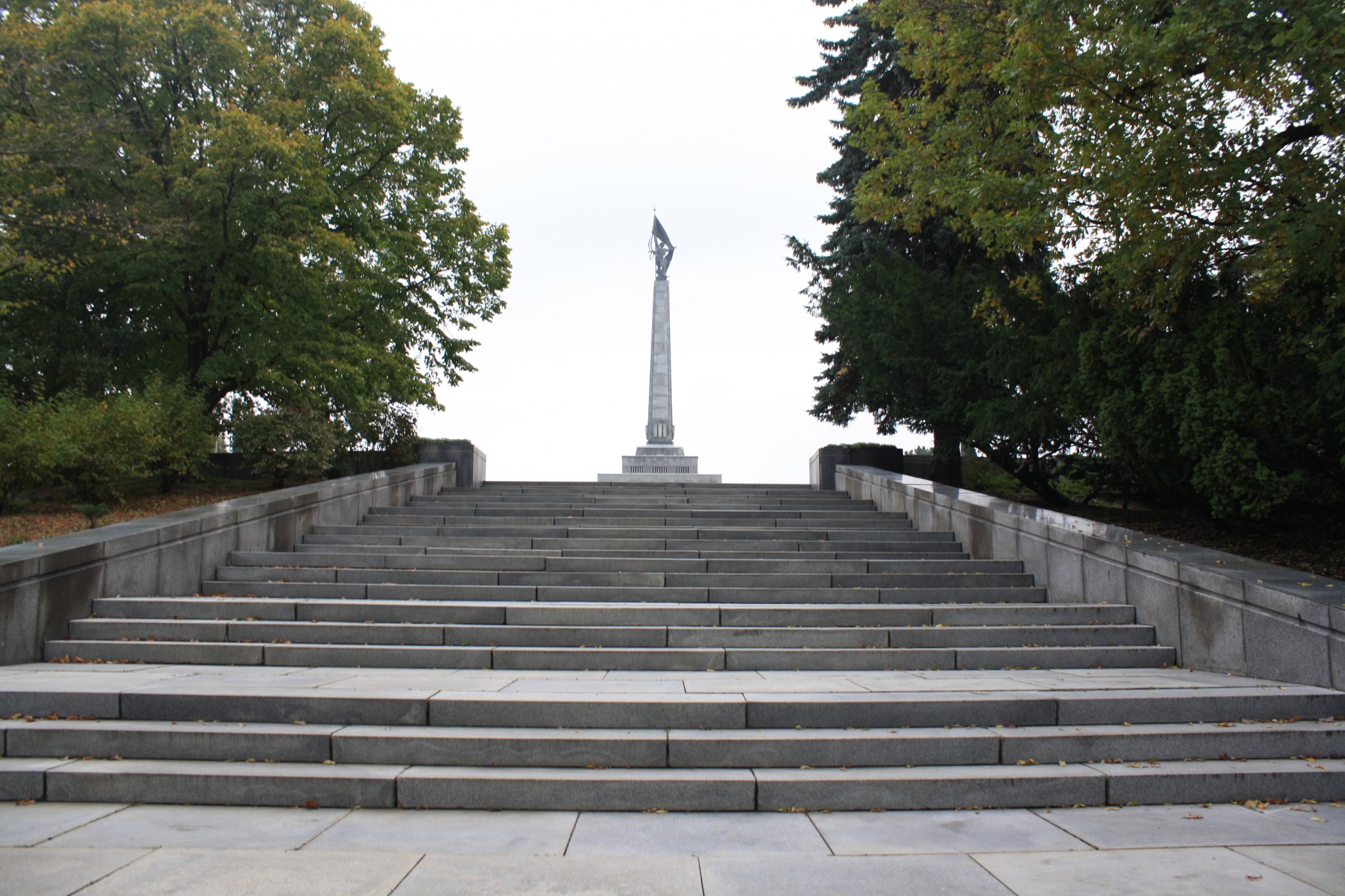 I had made it to the top of the steps, and in front of me stood a monumental Soviet Soldier, a victory flag firmly planted into the column he proudly paraded upon, and a machine gun slung behind his back. 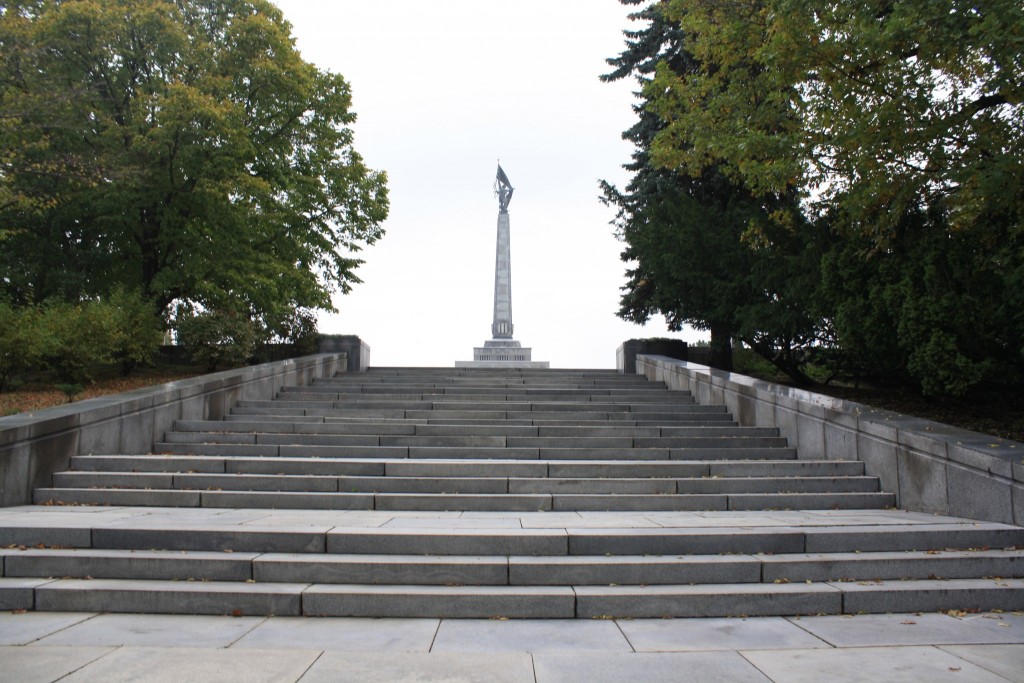 I had already seen the statue from the city below, but up close it cut an imposing figure as it loomed impressively over the Bratislavan skyline. 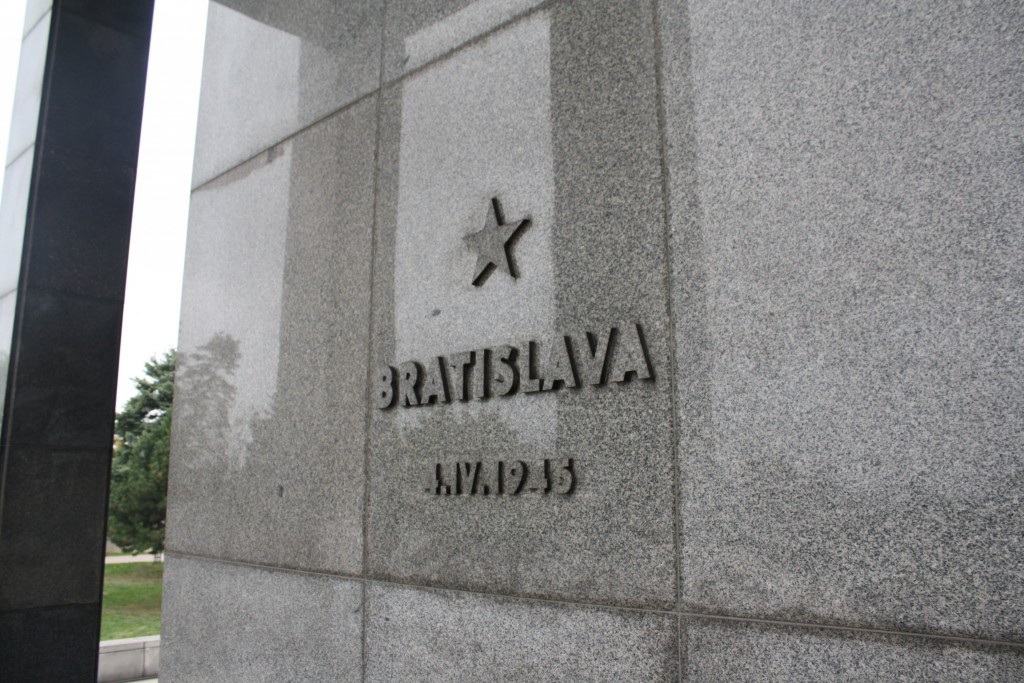 This is Slovakia’s monument of ‘liberation’. Placed atop Slavin Hill, it’s one of the highest points in the capital and it easily interrupts any view from the city. Around the statue are buried 6845 Russian soldiers who fell fighting the Germany Army in Bratislava during World War II. Most are interred in mass graves and only a few have the solemn dignity of an individual headstone. 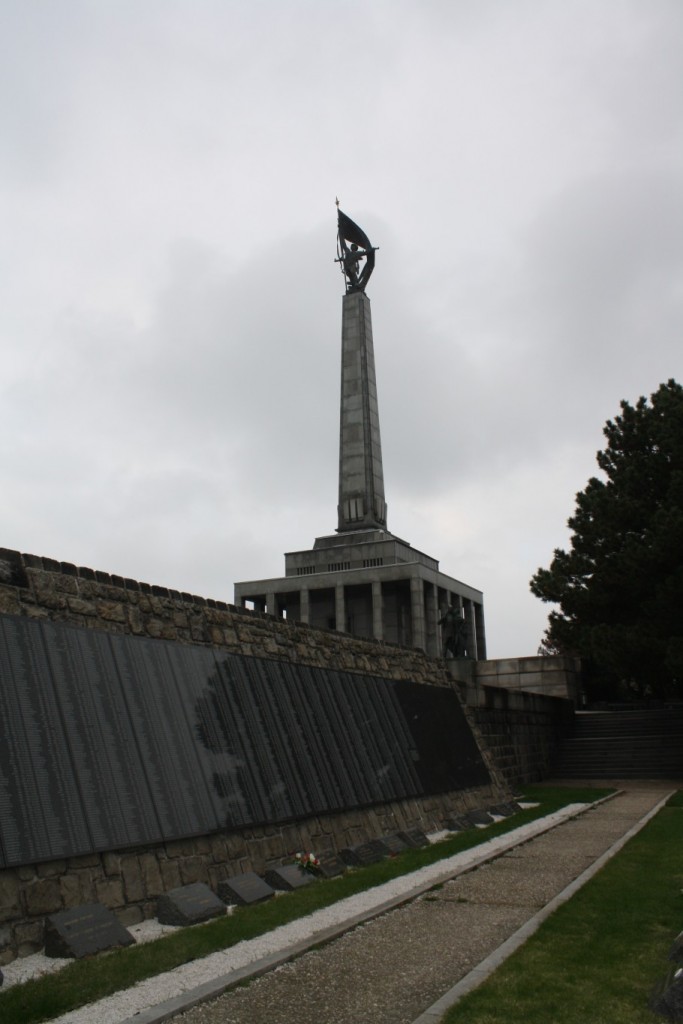 I walked amongst the graves, and seeing the vast number of names carved into marble I was reminded of the scale of loss that occurred here during the war. Fresh flowers had been placed around the memorial, and a few graves even had haunting photographs left upon them. Photographs in fading black and white, and always of young men in smart military dress. Their dates of death were all 1945, in March, April or May. A few even in the months after the war had been declared over. 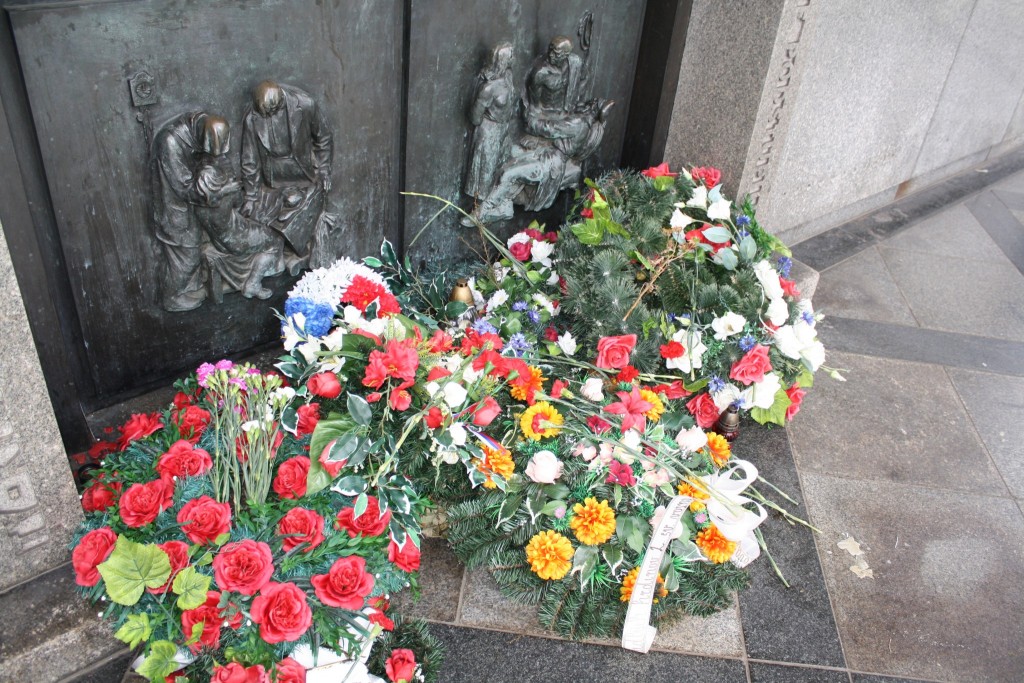 This was just one small tragedy- each death an individual tragedy- at the very end of a long war composed entirely of tragedies. This grand monument, built in the Soviet style of ‘Heroic Realism’, was unveiled in 1960 as a lasting tribute to those soldiers who fell fighting for Bratislava’s liberation from Nazi occupation. 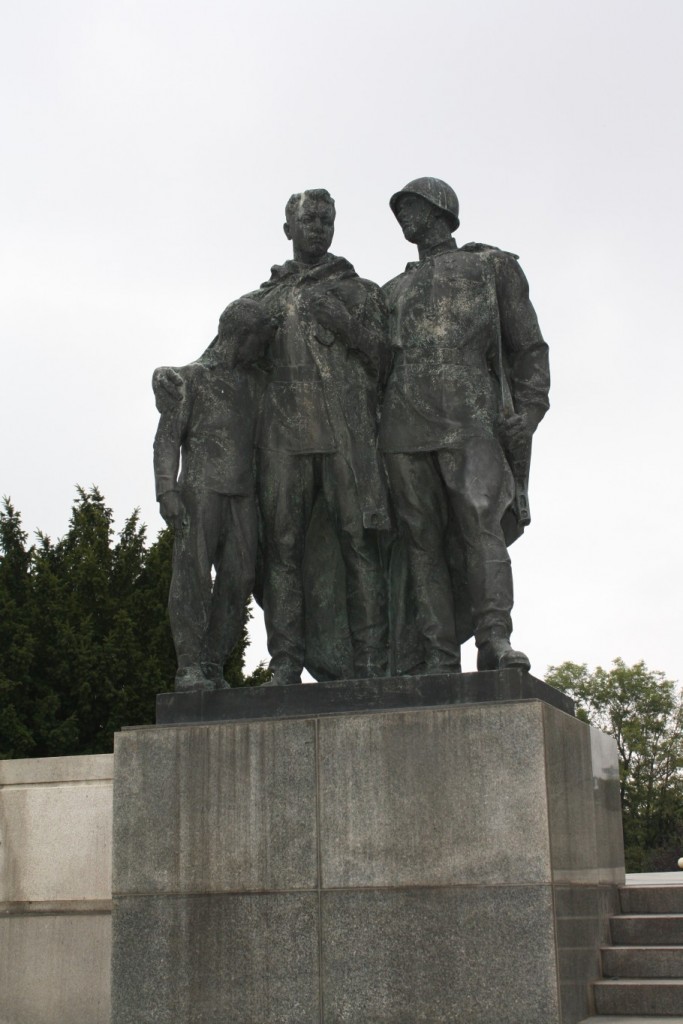 As I looked over the city of Bratislava from the top of the hill, I realised the contradictions that this monument stands for. Only 8 years later, in 1968, those same liberators would be invading Czechoslovakia. Soviet soldiers would be marching through the streets below, on their way to overthrow a government that Moscow deemed too liberal. And for Bratislavans looking up, they must then have wondered if they had ever really been liberated at all. The Soviets may have overthrown the Nazis, but from that moment on, the liberators themselves were always watching over the city, machine guns slung behind their backs. For many Slovakians living through the era of Soviet influence and then occupation, it must have seemed that they had simply traded one tyrant for another. 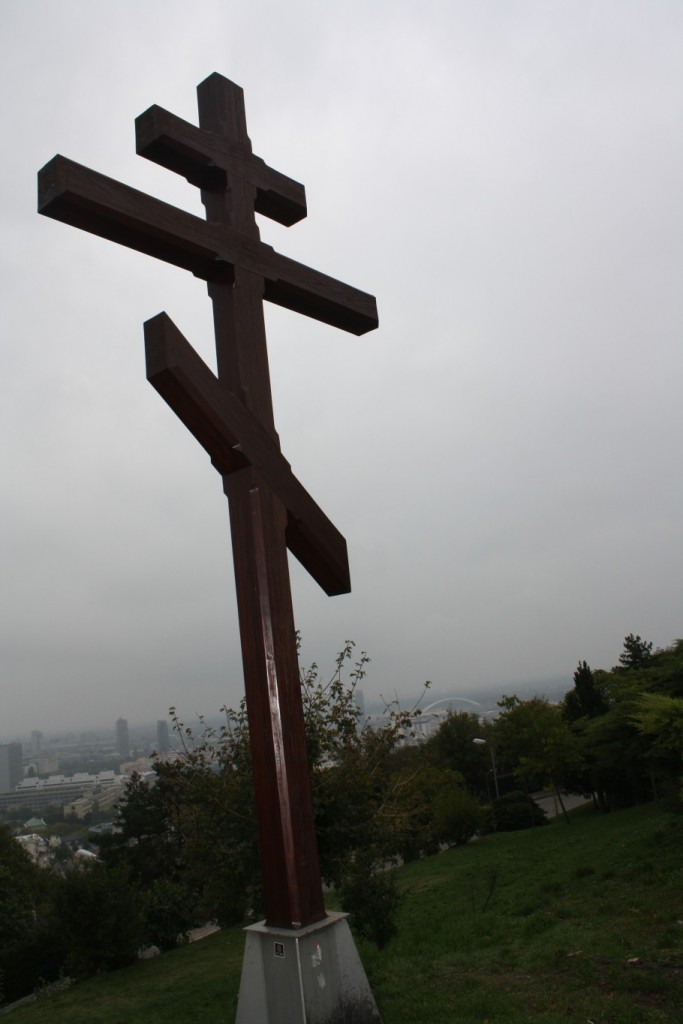 Now, years after the Red Army left Czechoslovakia, years after communism fell and the country itself split, the Slavin Hill memorial still stands, a lasting legacy to war. As I turned away from the statue and began walking back down to Bratislava, I also wondered if this was a memorial to liberation, to oppression, or to both? In today’s Slovakia, perhaps it is simply a monument to their struggle to build a modern European nation.

Slavin is a moving memorial to the Soviet soldiers who died fighting in Bratislava during the final days of World War II. From the city, it’s incredibly easy to get too. You’ll see it from anywhere, so just head straight up the hill!