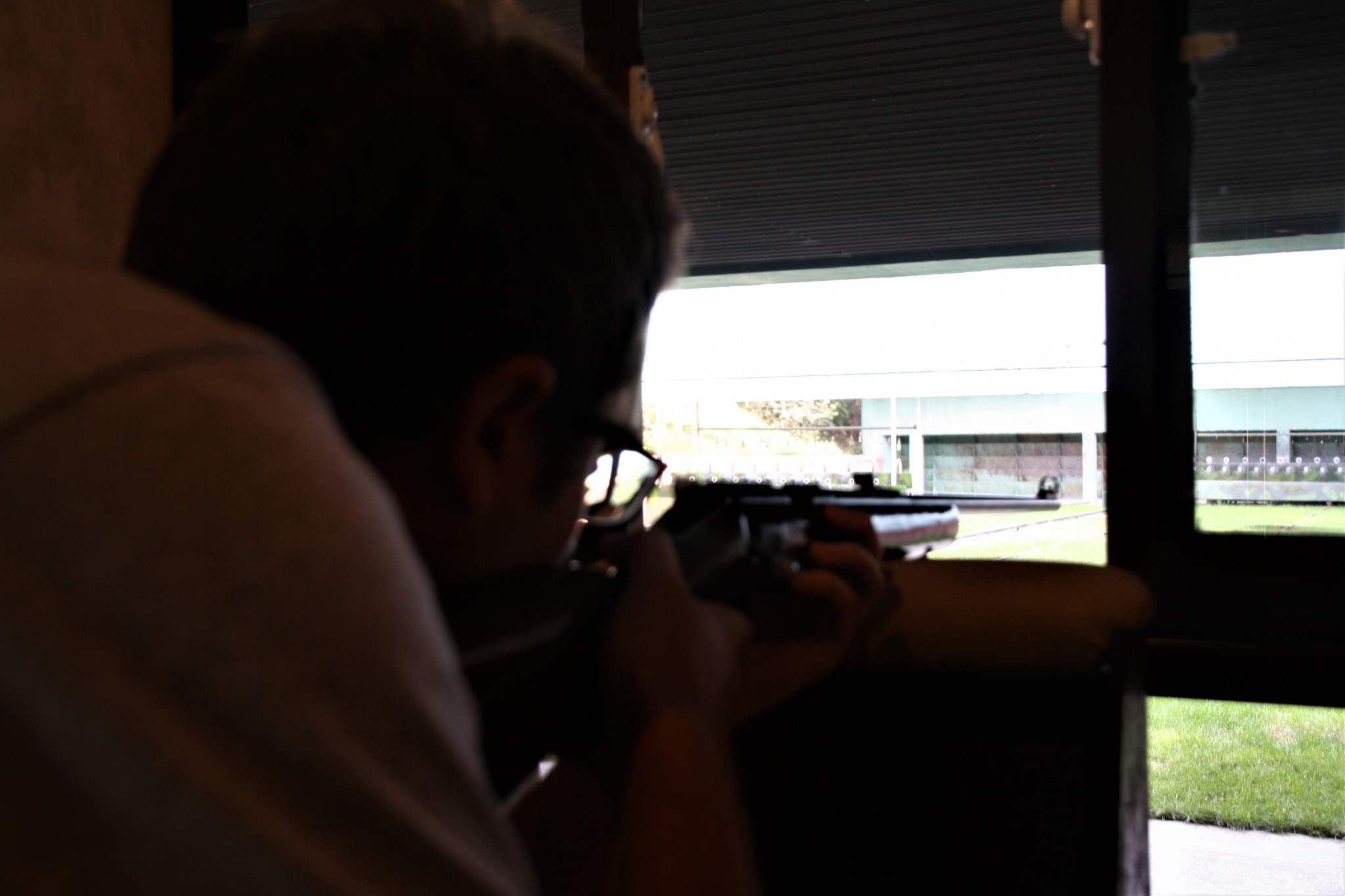 ‘The next stop is the shooting range!’ My North Korean tour guide Miss Pak exclaimed with a bit too much zeal for my nervous tourist’s disposition as we were driven through the streets of Pyongyang.

I won’t lie, my first decadent Western thought when the next stop on the itinerary was announced to my tour group was that now we were going to answer for the crimes of Imperialism and whatever political misdemeanours we’d unwittingly committed so far in the country, marched out onto the range and used for target practice. 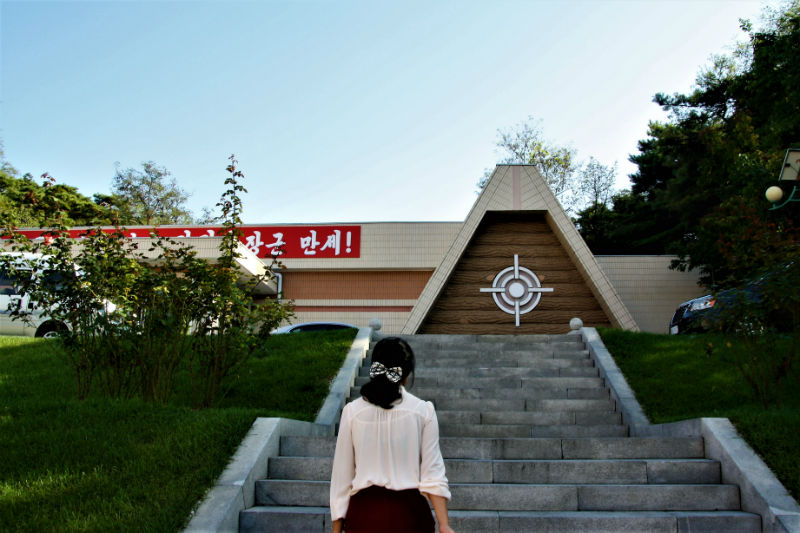 But Miss Pak assured us that this was the fun stop, definitely not the execution stop, and no trip to the Democratic People’s Republic of Korea- otherwise known as North Korea, you know, the Korea you aren’t supposed to visit- would be complete without a casual jaunt to the Pyongyang shooting range on Sport Street. There were rifles, shooting and of course, pheasants to be had… 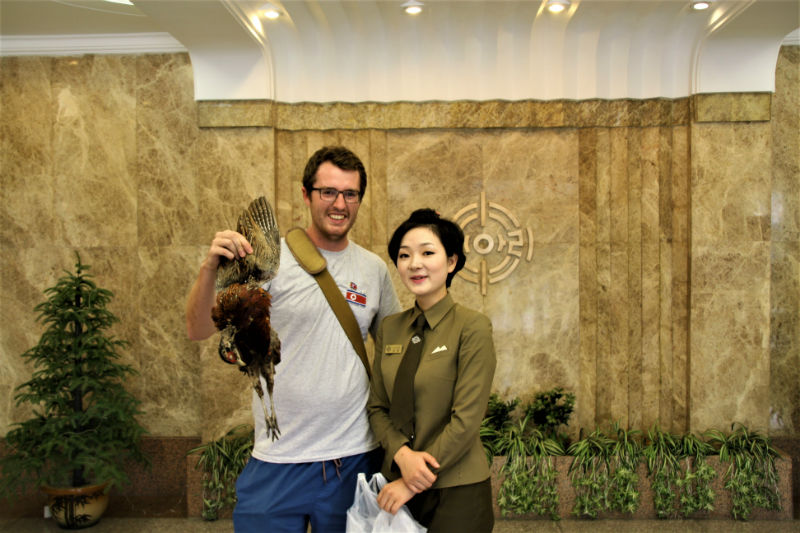 After a morning of intense sightseeing in the capital, riding the city’s subterranean metro system, and eating Pyongyang Fried Chicken- PFC, that most delicious of Korean fast food specialities- it was time for some down time, some entertainment North Korean style. And in one of the most heavily militarized states in the world, shooting would be a popular sport.

After being convinced that I wasn’t going to be shot at, my hope was now that this shooting range would in fact still be a real heavily armed affair. A gung ho, hands on display of North Korean military capabilities. I imagined myself launching rocket propelled grenades at burning American flags while my tour guides fired AK 47’s wildly into the air. Unfortunately it was nothing of the sort, but it still proved to be yet another morally ambiguous afternoon in Pyongyang. 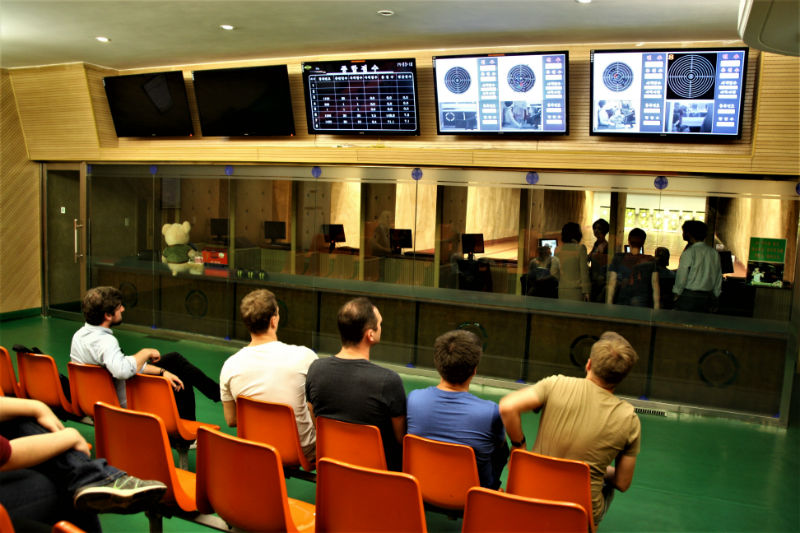 The shooting range was more arcade like than the demonstration of explosive firepower I imagined. The tour group was led through a series of nondescript buildings by Korean women in military green fatigues, to an indoor range where electronic laser sighted rifles could be shot at the targets and points scored. 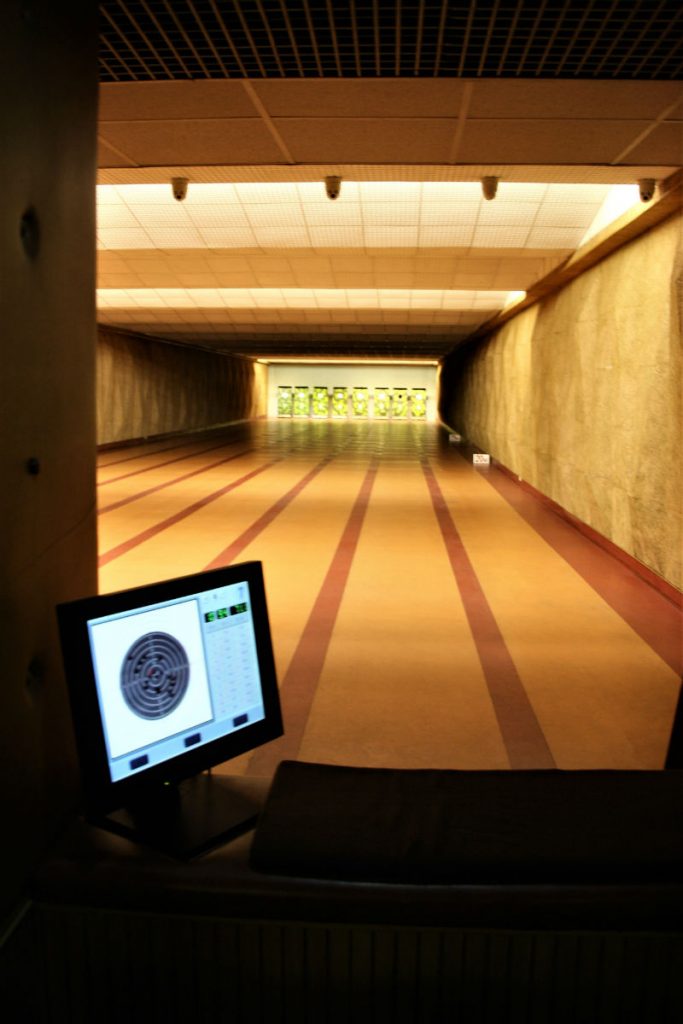 But Charlotte, our Western tour guide with Young Pioneer Tours, pulled me to one side and said there was a place round the back where real weapons could be fired, for a few US Dollars of course. None of this electronic shooting. If I wanted to, I could even shoot at live pheasants down the range. At first I thought I heard the word peasant, but even for a country like North Korea this would be pushing the boundaries…

No, this pheasant would be of the wild bird type, not the poor proletariat.

Well, when in North Korea… 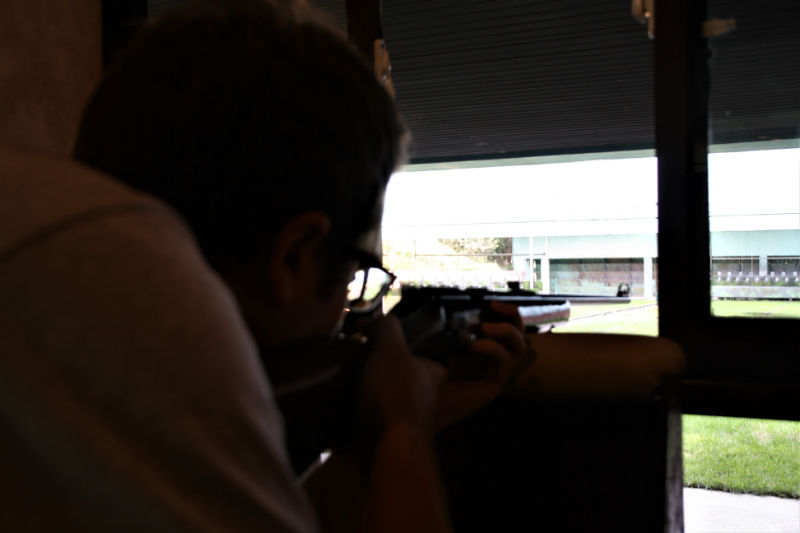 I left the majority of the group to shoot their laser rifles and with Charlotte and two of the more intrepid guys on the tour followed one of the North Korean ladies outside and along to a separate building where inside a few Chinese tourists were wildly firing at targets with rifles and pistols.

At the end of the range- perhaps 50 metres away-stood a large cage and inside were the unmistakable signs of life, as pheasants hopped around dodging the odd bullet that flew their way. At 50 metres, they were small targets, and no one seemed to have any hope of hitting anything with the old small calibre rifles, let alone the pistols, but still, as with anything on this trip to the DPRK, it was still a conflicting position to be in. The pheasants were hardly free range at this point.

To shoot, or not to shoot, well that was the question… 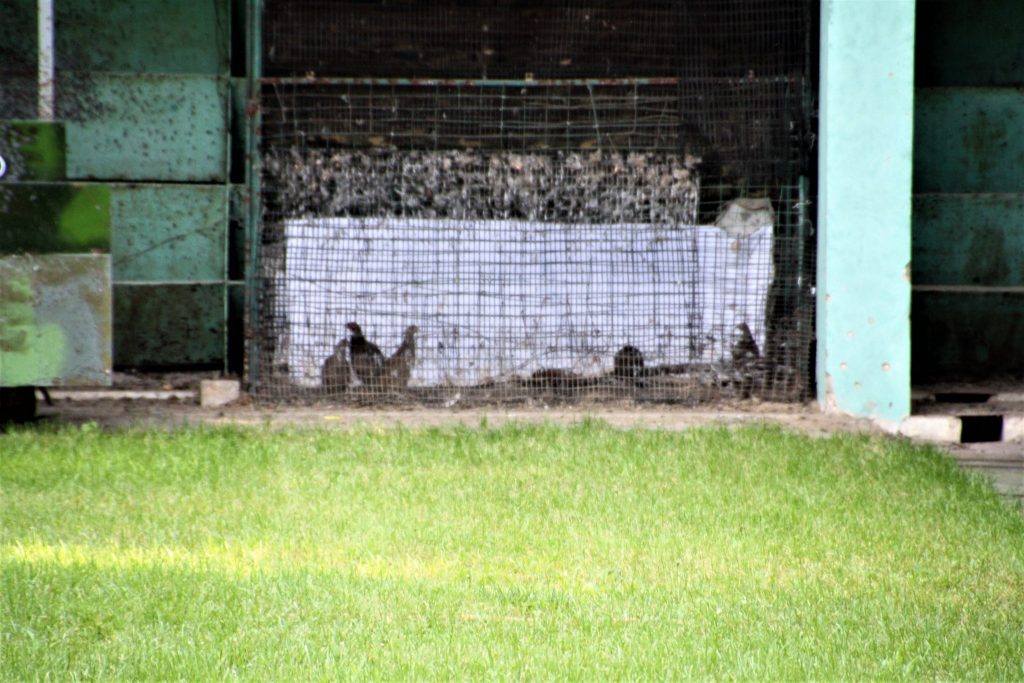 It was time to have a crack though. When in North Korea after all…

If I hit the game it wouldn’t be wasted, no, we’d be eating well that night.

My weapon was an old bolt action carbine loaded with a small round of ammunition, but big enough for the target at hand.

Rus, a Belarussian guy on the tour, got excited by the Russian pistols that were available- a Soviet weapon, the Margolin. His surname happens to be Margolin too, which just upped the nostalgia for the old commie. He fired off a few warm up rounds, not at the pheasants, but at the range targets to get things going. 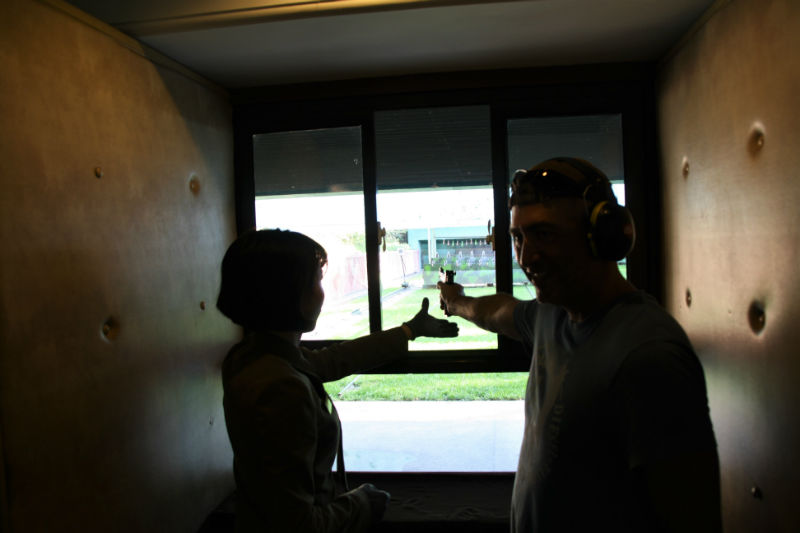 And Charlotte our tour guide had a crack too, wildly firing off her first ever rounds with a live weapon. When in North Korea… 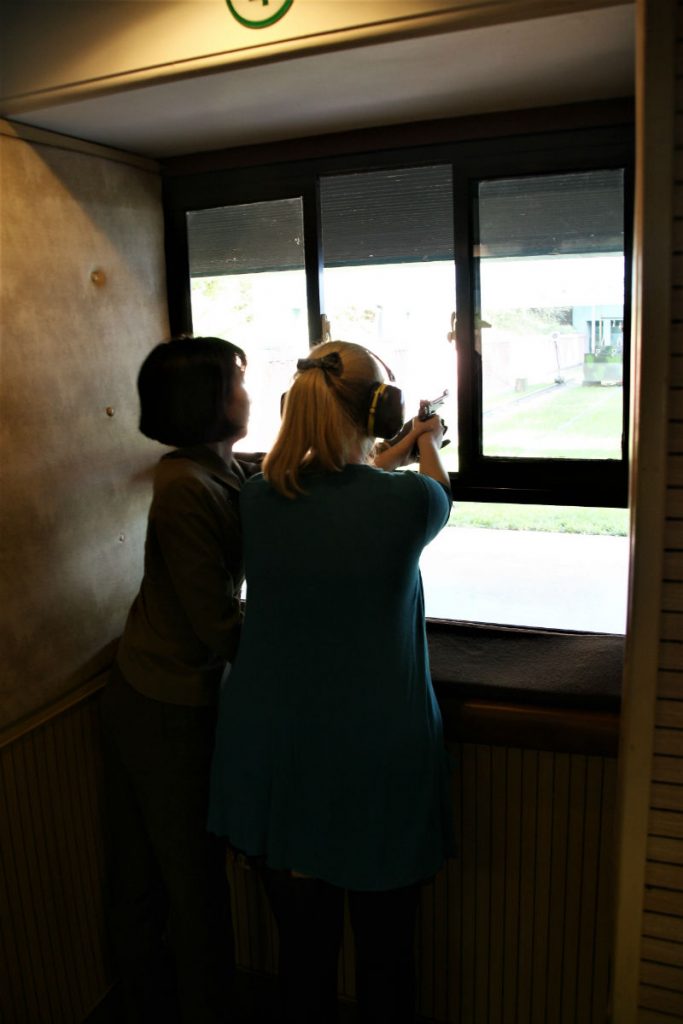 Then it was my turn to shoot, but my target was alive. And jumping. And difficult to hit.

I readied myself to shoot while the Korean staff loaded the round into the chamber for me, then I drew a bead on the pheasants down the line, with everybody watching in tense anticipation. The rifle kicked back into my shoulder and from what I could see all the pheasants were still very much alive and well. 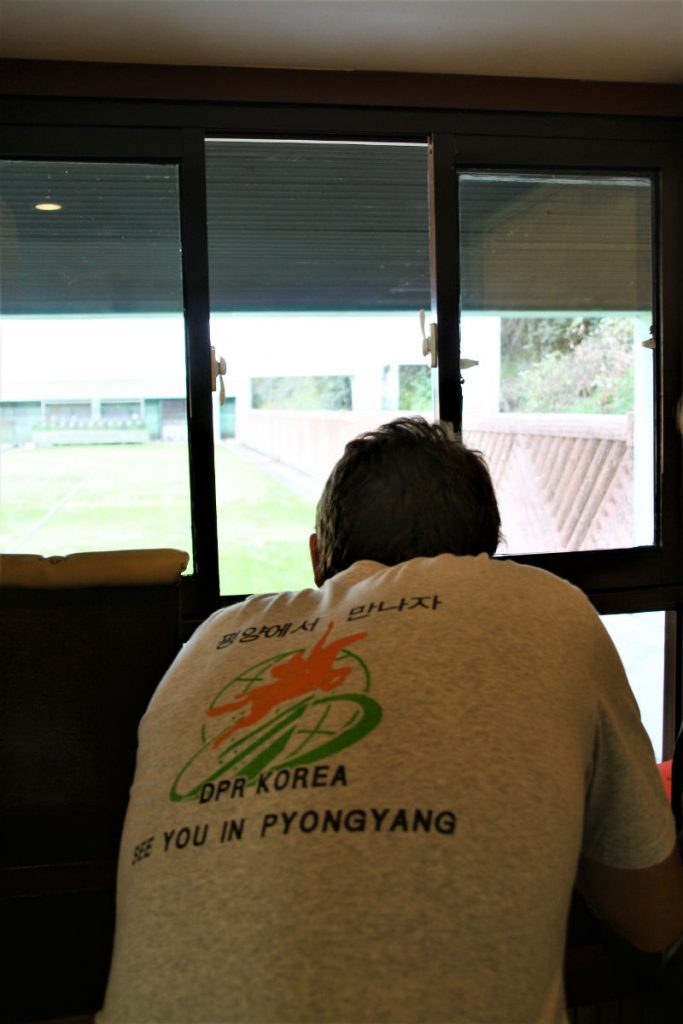 I fired off the next rounds at the jumping, hopping pheasants, and one of them seemed to falter. The Korean lady loading the weapon was convinced that I was a useless shot and hadn’t hit anything at all, but one of the pheasants had definitely stopped hopping. Once I fired off the last of my rounds I asked to go and look, torn between hoping to have proved my shooting ability to the Koreans and not having committed the merciless slaughter of a pheasant. 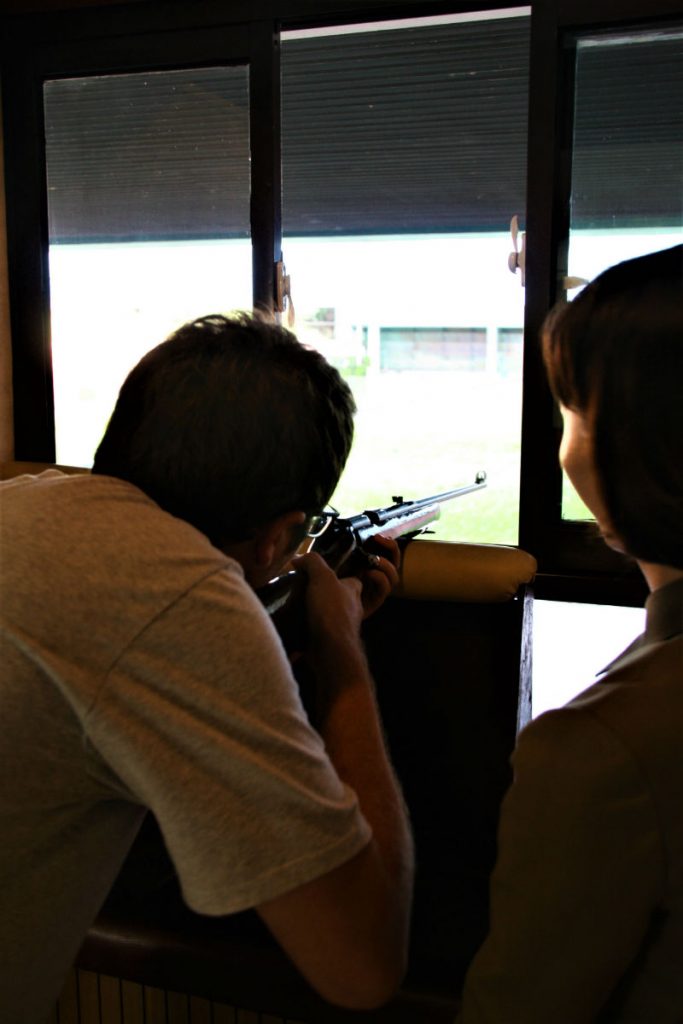 We marched out along the range, with the pheasant keeper then pulling out of the cage the lifeless body of one of the birds. It was dead. The Koreans congratulated me, and for better or worse I posed for photographs with my trophy. It was a massacre. 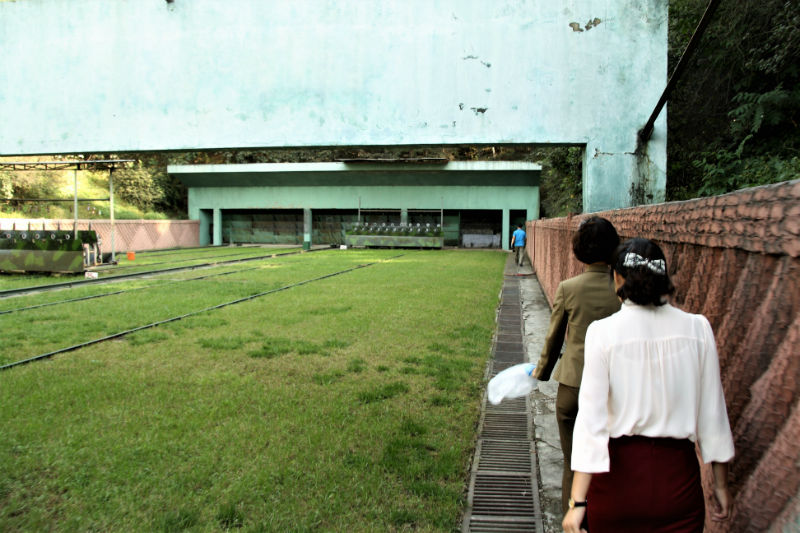 One of the ladies pulled out a plastic shopping bag and proceeded to wrap the dead pheasant up for me to carry home to the hotel, but Rus, hoping to double the portions at dinner that evening, decided to have a go at the birds too before we moved on. 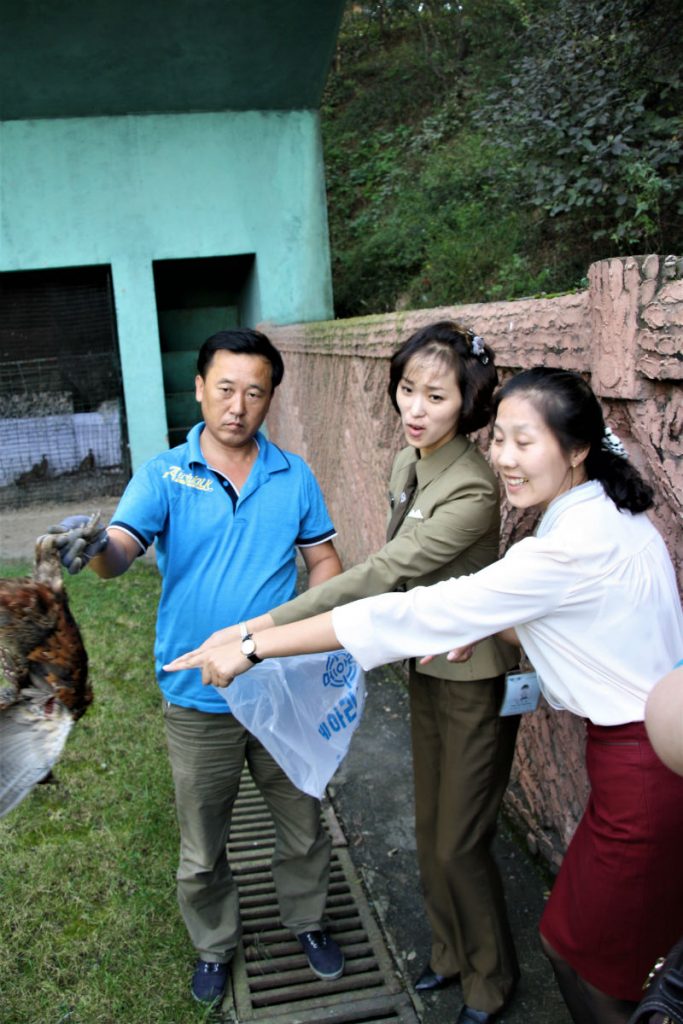 He fired off a few bullets, and unsure if anything had been hit we again marched down the range to inspect the pheasant pen. All of the survivors of the previous massacre were still very much alive, but this didn’t stop the pheasant keeper from reaching in and pulling one of the birds out. He motioned towards the bird’s neck while looking at Rus for an answer, and we all instinctively cried out no. There was, it seemed, a line. Shooting was fine, but snapping a defenceless bird’s neck? Well that, it seemed, was over the warped line of arbitrary morality we’d just drawn for ourselves in the North Korean dirt. 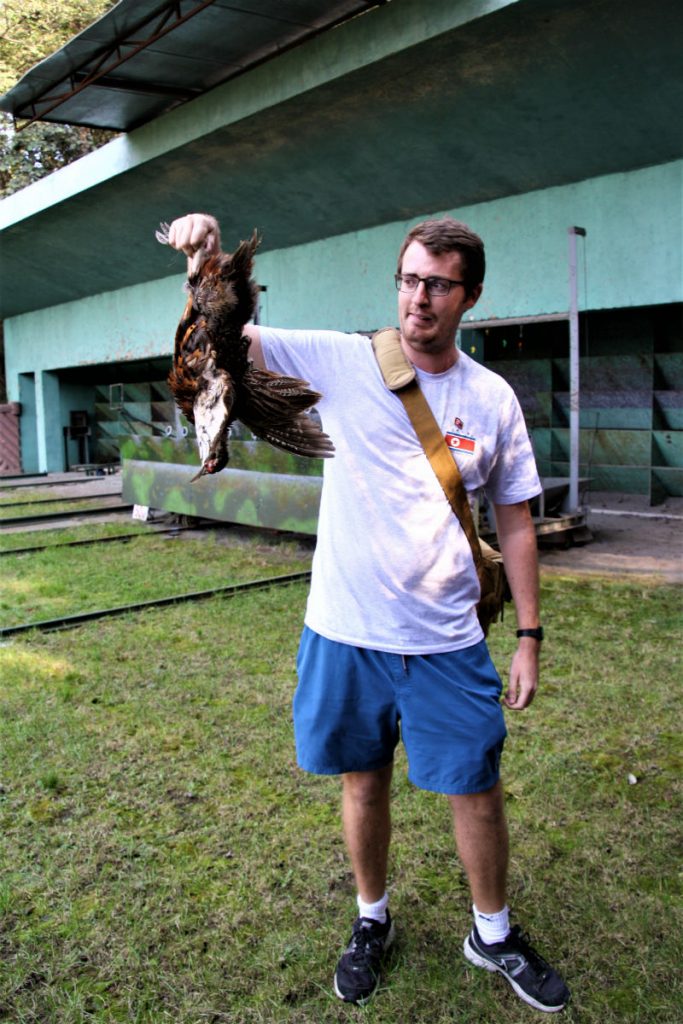 With just one bird in the bag, we headed back to the waiting bus. The bus driver took one look in the bag and gave me the thumbs up before slapping me hard on the back. He had no qualms about me keeping a dead pheasant on the bus in the midday heat for the rest of the afternoon while we drove around Pyongyang. 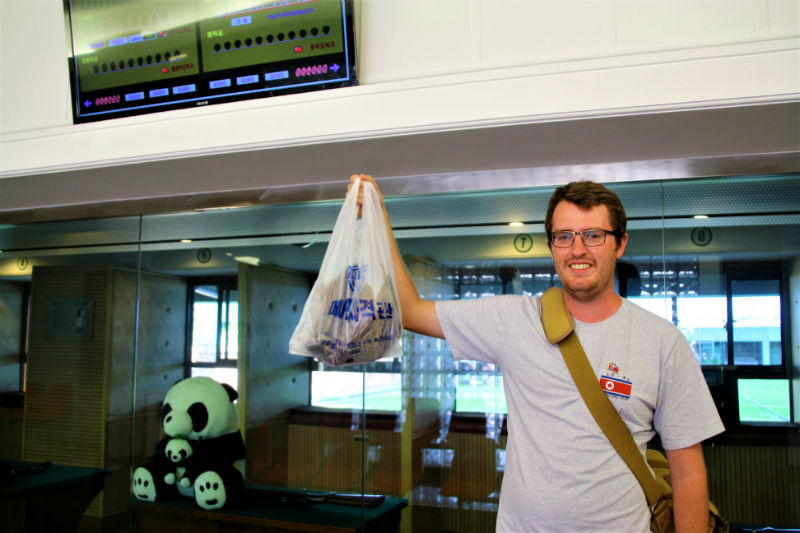 That evening pheasant was on the menu. Back at the hotel, Charlotte handed over the now infamous plastic bag to the waitress at the hotel’s restaurant, who carried it straight into the kitchen- like it was the most normal thing in Korea- to be plucked and prepared. Drinking Soju and beers while we waited, and getting a little too into the North Korean psyche, I boasted to the group of how I’d blasted the pheasant out of the sky with an anti aircraft weapon around the back of the shooting range, and before long the game was served, pheasant soup with rice and Kimchi on the side and a healthy few bottles of Soju to accompany it.