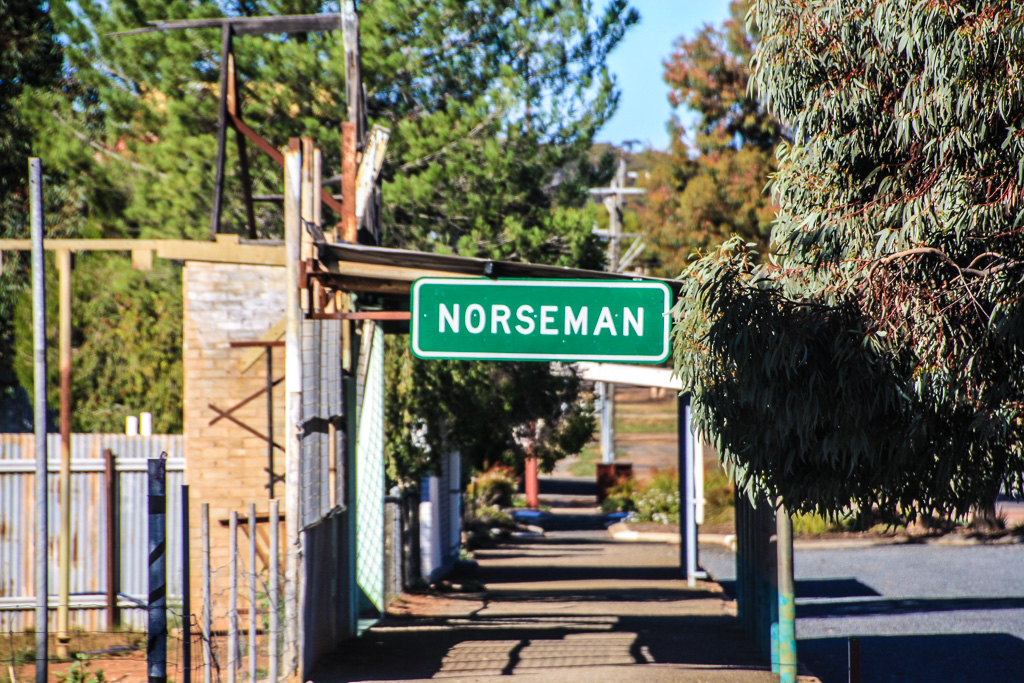 The dust blown town of Norseman WA was eerily quiet as I drove through the half empty streets after arriving off the highway between Esperance and Kalgoorlie.

Petrol stations stood derelict, shops were closed up and in the middle of the town stood a statue of a riderless horse, one hoof raised in the air.

This was Norseman, a town in the arid outback of Western Australia that was built during the gold rush days of early European settlement here. Clearly though, that gold rush had long ended. Norsemen had seen better days.

Inevitably, I always seem to find myself either in the middle of nowhere or somewhere bizarre. This time, in Norseman, I’d found myself in both. 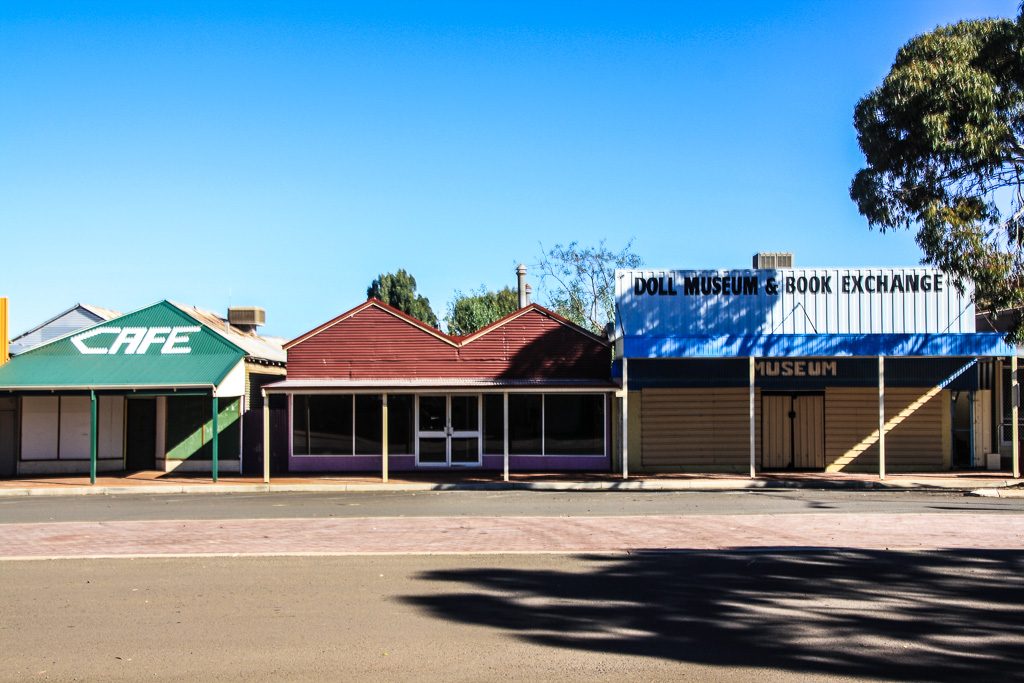 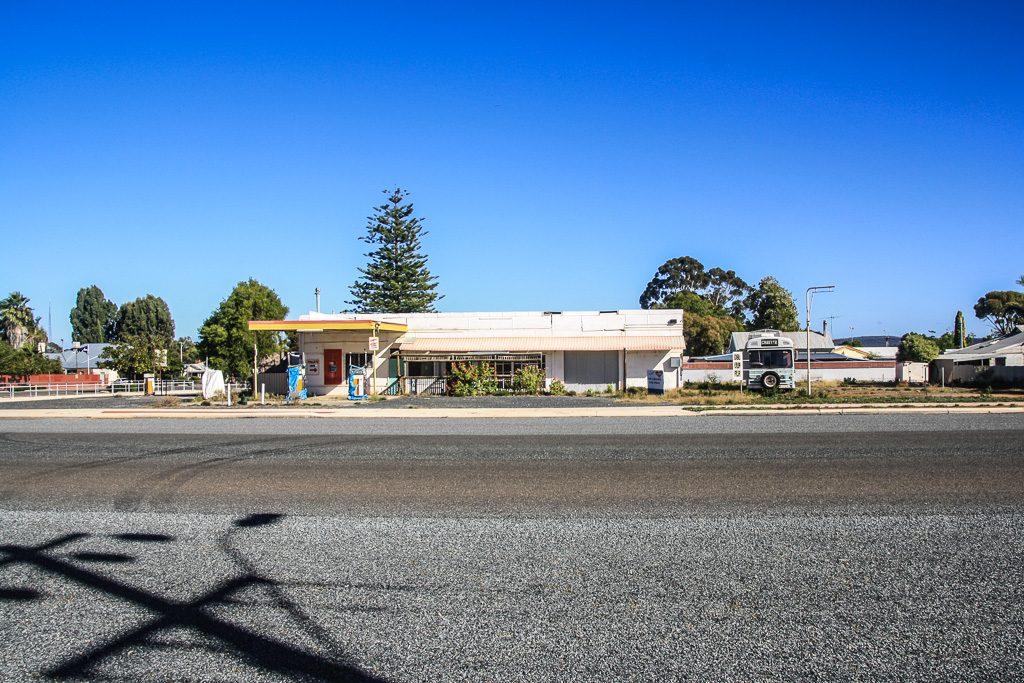 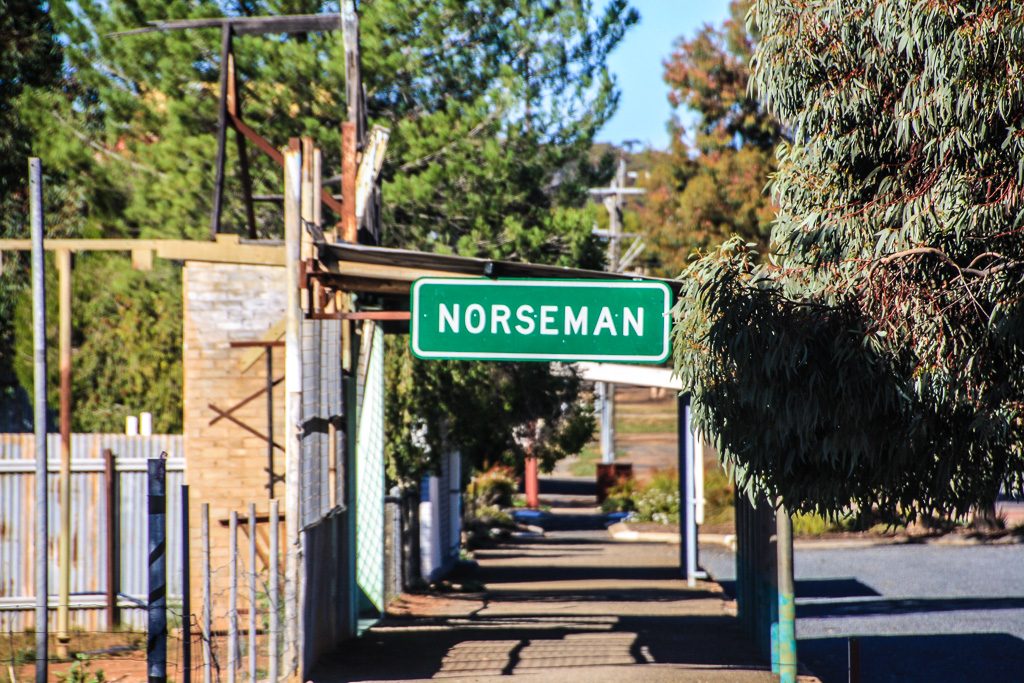 From Esperance WA To Norseman WA

I was driving the long stretch of road from Esperance on the south coast of WA to Kalgoorlie – the real gold mining, wild west town far in the interior of Western Australia, 600 kilometres from Perth in the west and a long way from anywhere.

Norseman is even more remote than Kalgoorlie, and a much needed stop on the highway on the drive up, where even if some of the petrol stations had long been abandoned, there was still at least one in action.

This is arid land, and on the drive towards Norseman the land became red earth, punctuated with salt flats and large areas of dry scrub land.

There isn’t much at all out here, and the only reason European settlers ever ventured this far away from the coast, is because underground there is gold, in some places, lots of it too. 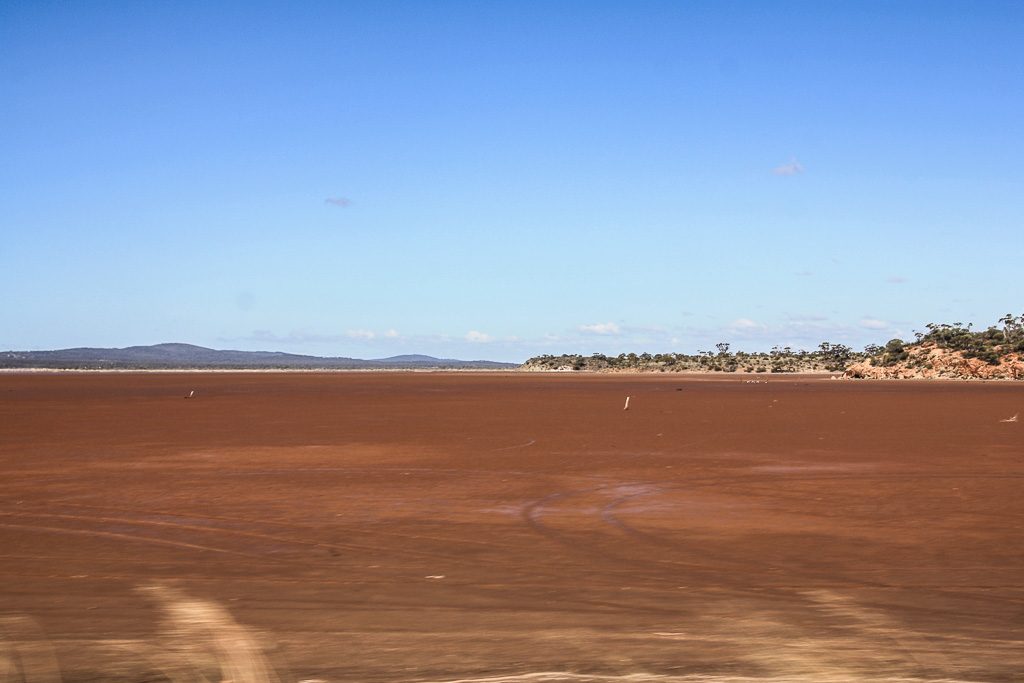 The Abandoned Town Of Dundas

Just before Norseman, I stopped off the highway in the scrub a few kilometres away from the road. A rough track headed north further into the bush and around me the trees were broken up with wide open spaces of semi cleared land and a few rusty signs.

There was almost nothing left here to see, but this was the site of Dundas, one of the first settlements to be built in this area by Europeans when gold was discovered here in 1894.

Dundas though, was soon abandoned. Just a few years after its founding, the settlers were travelling north – along the rough, old coach road I could make out in the dust – to Norseman, where I was travelling to now as well.

At Norseman, even more gold had been found. But in outback Western Australia, fortunes fade fast, and as I soon found out, Norseman would quickly be overshadowed by Kalgoorlie, even further north – a status quo that still remains today. 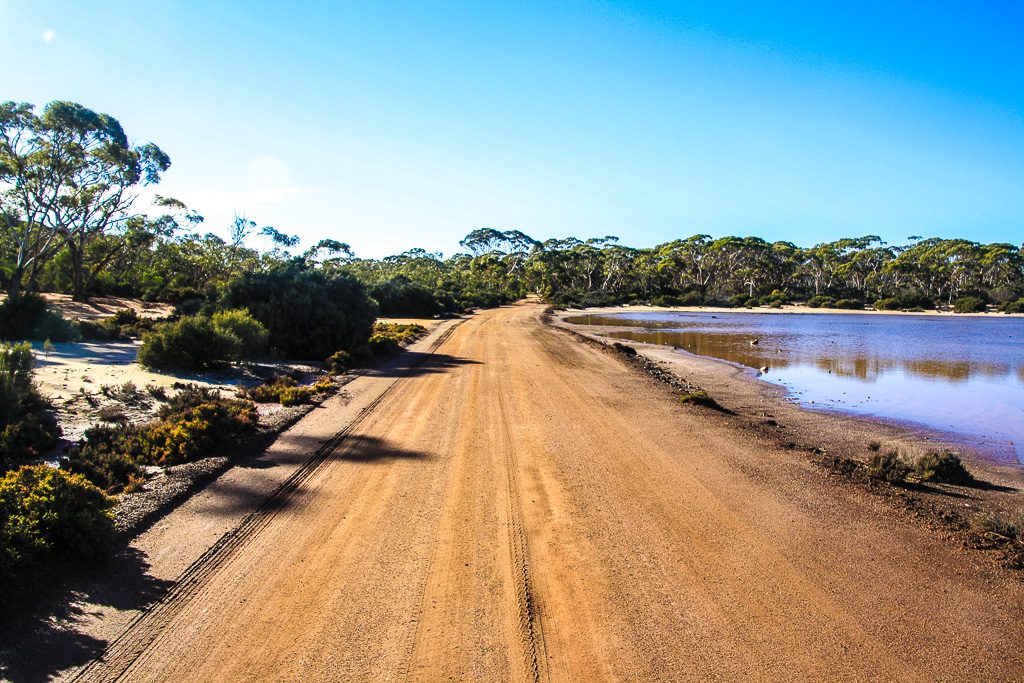 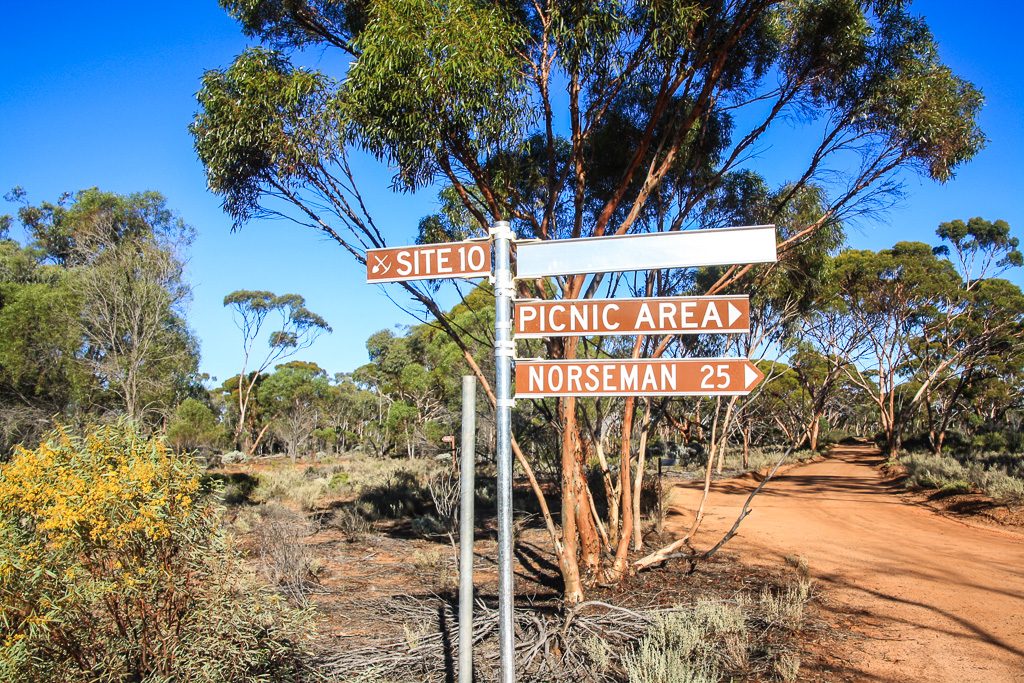 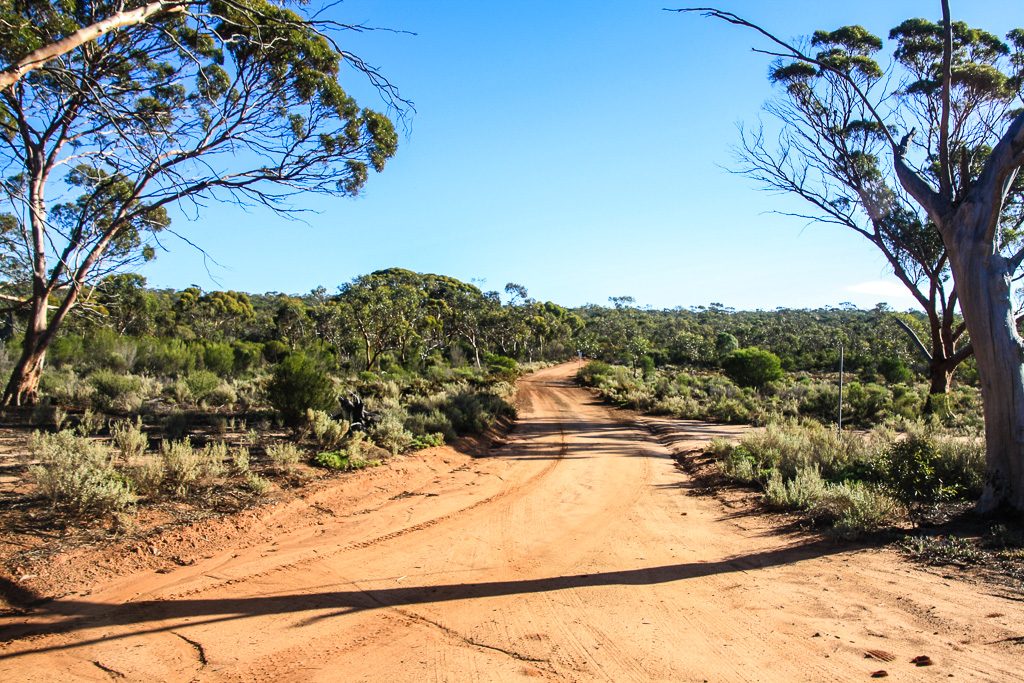 Norseman is named after a horse.

After parking in the almost empty car park by the Norseman Visitor’s Centre I walked through the equally empty streets of the town. On one side of the road stood an abandoned, derelict petrol pumping station, the signs and decor clearly dating back years. Along the high street shops were open, but there were few people around at two in the afternoon on a weekday, only adding to the lonely nature of Norseman.

At the far end of the high street, some of the shops were boarded up or the doors were locked.

By the park, the strange statue of the riderless horse caught my attention. This, said the attached plaque, was Norseman.

This was the horse that the town was named after.

In 1894, prospectors set up camp by the current town site. Overnight, their horse dug up a huge nugget of gold with its hoof and in the morning the prospectors found it and were ecstatic. They named this site Norseman after their lucky horse and soon people were travelling here to find their own fortunes in the ground as well. 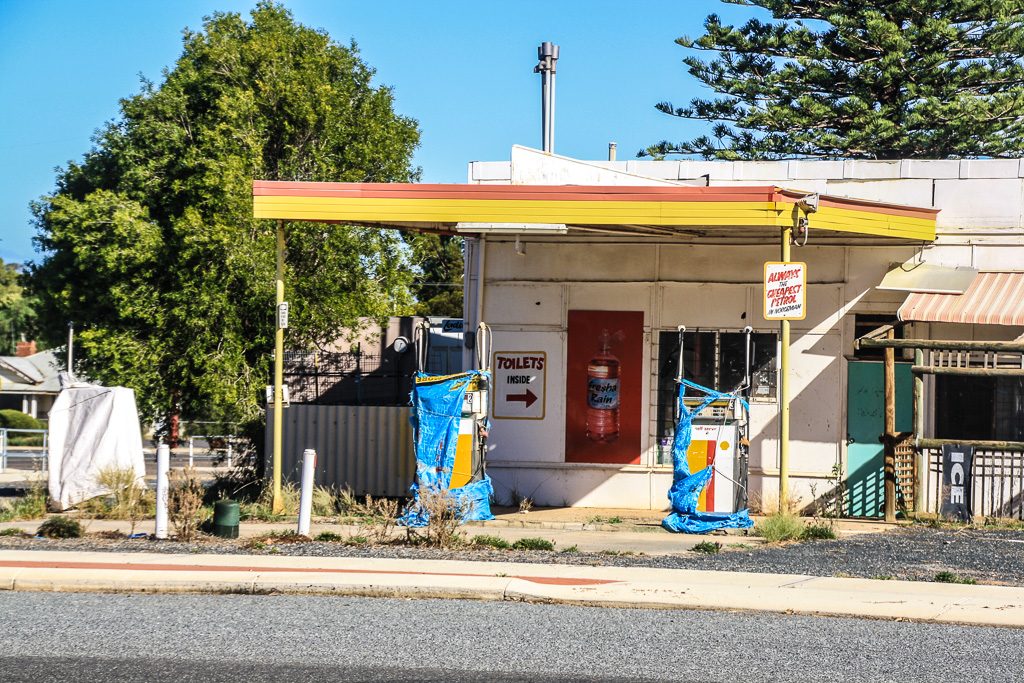 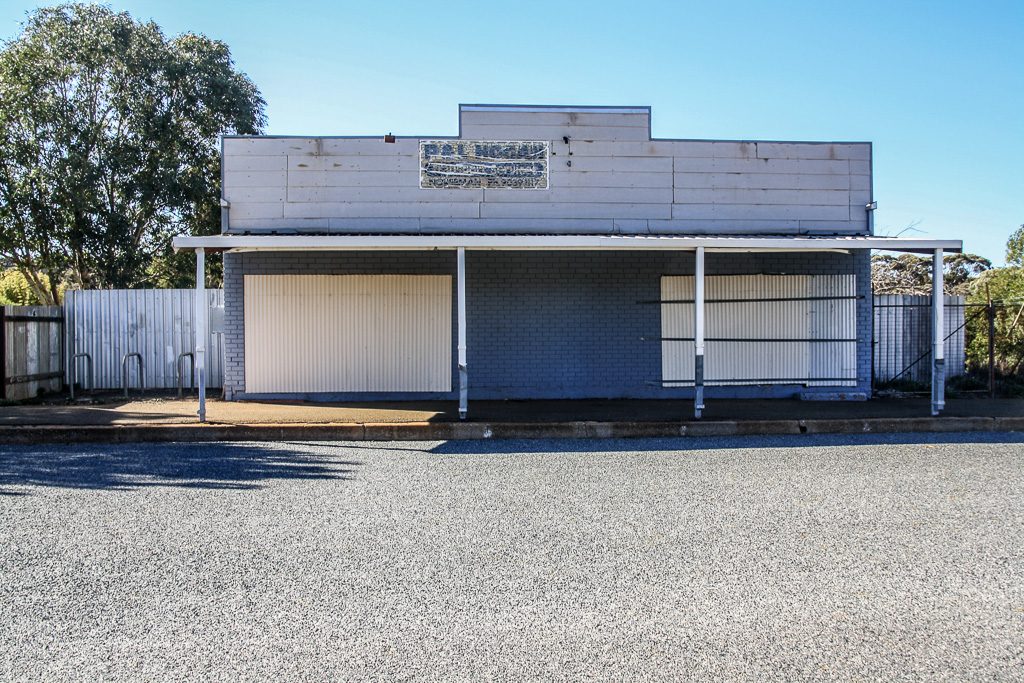 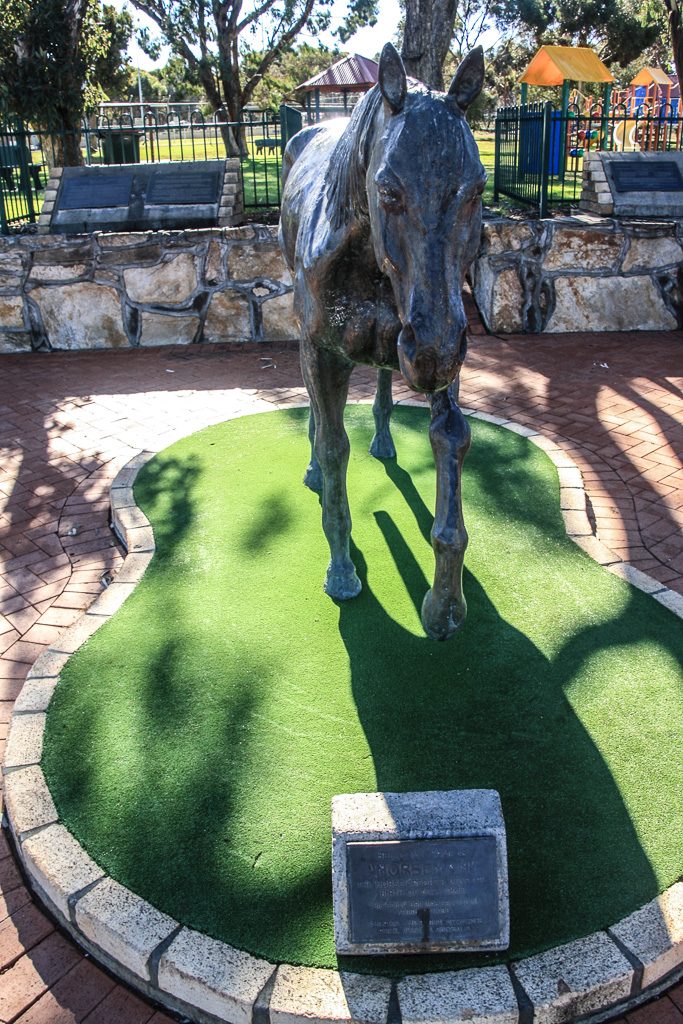 Intrigued by this almost empty town and the tale of a gold discovering horse named Norseman I walked back to the Visitor’s Centre to try and find answers.

The lovely older lady behind the counter was delightful and happy to answer my questions about her town. Today, she told me, there were only around 600 people living in Norseman and the surrounding area. She loved the quiet that brought, but she still had to admit that the town had seen better days. Jobs were sparse and although gold was still mined, the boom was long over, the place was remote and people would rather move to larger Kalgoorlie just up the road. To put Norseman’s fortunes into perspective, at the turn of the 19th century the town had a population of almost 400. In over 100 years, almost nothing had changed here. Kalgoorlie, where gold was found around the same time, now has a growing population in excess of 30,000.

It might not have reached the dizzy heights of Kalgoorlie – now the largest ‘outback’ city in Australia – but Norseman was hanging on, a remote town far out in the middle of nowhere, that despite its half empty streets is still full of history and home to that bizarre but stoic Aussie character that’s only found on these old pioneer trails. 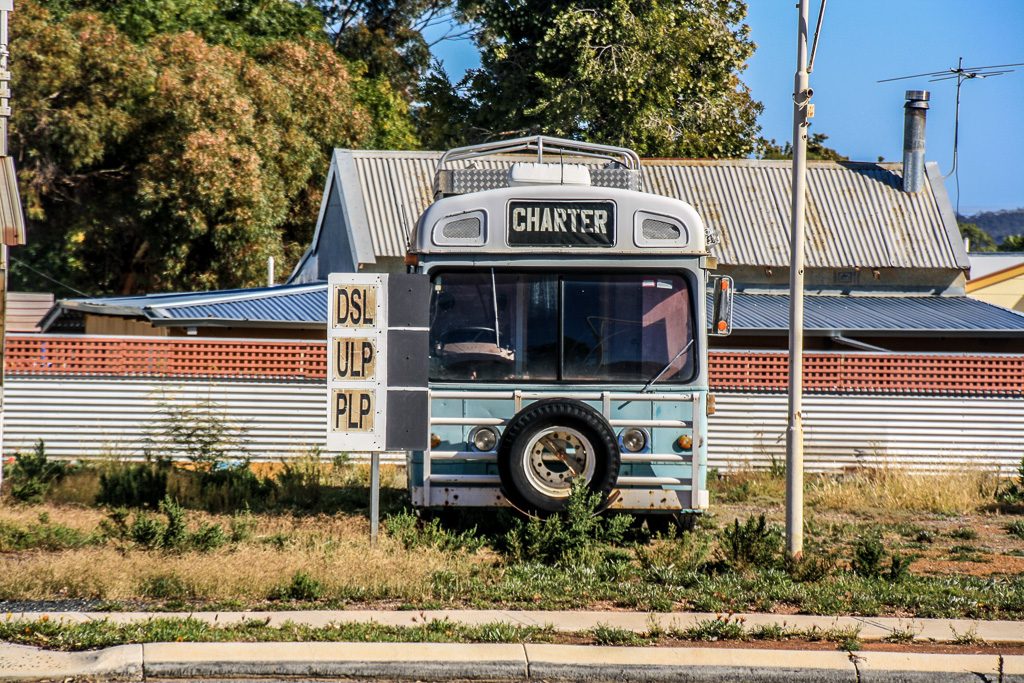 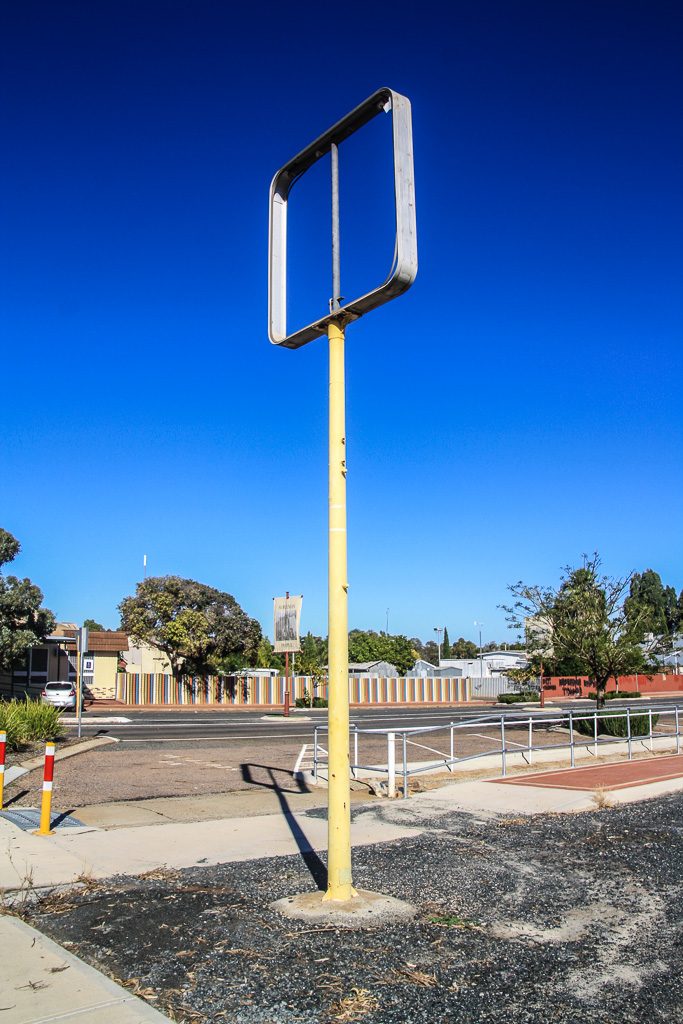 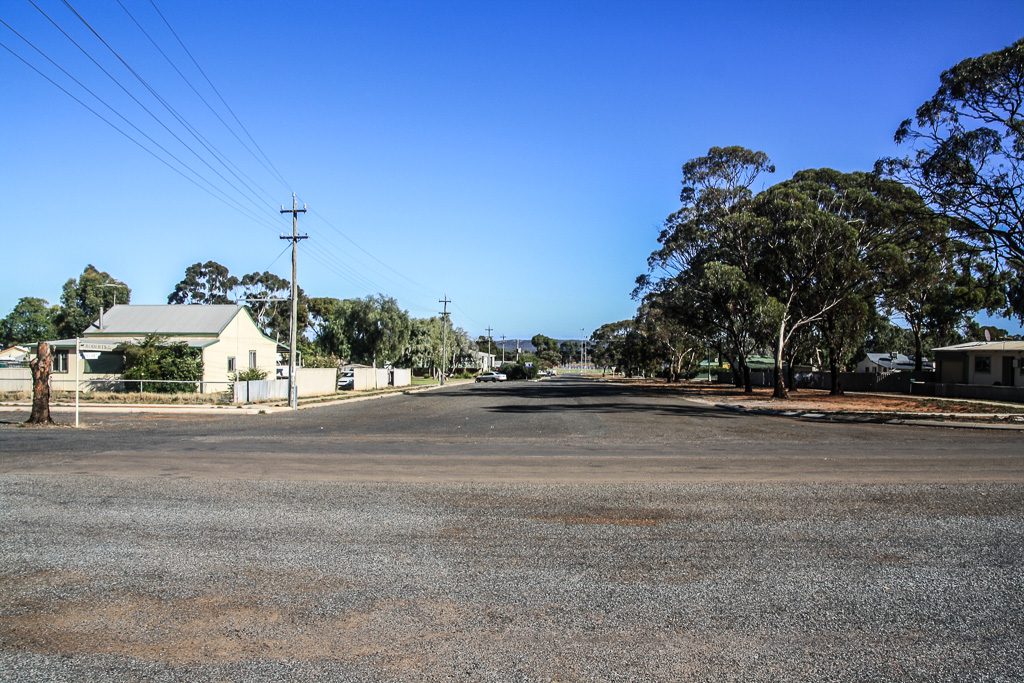 On The Road To Kalgoorlie

The Goldfields of Western Australia are dotted with old abandoned town sites, disused gold mines and isolated outposts that proved unsustainable when the gold was all dug up. It’s a fascinating place, but perhaps more interesting than the hardships of pioneers and the struggles of remote towns is the success of Kalgoorlie, and that was where I was travelling to after Norsemen, to find out just why this city is flourishing where so many that came before it are now simply covered in dust.

Interested in travelling to Norseman in Western Australia but don’t know where to start or what to do? Then read on for my quick guide to all things Norseman WA!

How To Travel To  Norseman WA

Norseman is located roughly half way between Kalgoorlie and Esperance on the Coolgardie-Esperance Highway. That makes it the perfect stop off point on a journey between these two WA destinations. It’s also the last real town of any size in the east of the state, and the last stop before the long Nullarbor Plain begins and heads across to South Australia.

To visit Norseman you really need your own transport. Although busses between Kalgoorlie and Esperance would stop here, you then wouldn’t be able to do much.

It’s best simply using Norseman as an interesting stop off on part of a wider trip to Kalgoorlie where there are many more things to do!

Where to Stay in Norseman WA

Things To Do In Norseman WA

Location of Norseman in Western Australia:

Kalgoorlie: Skimpies and Gold in the Aussie Outback