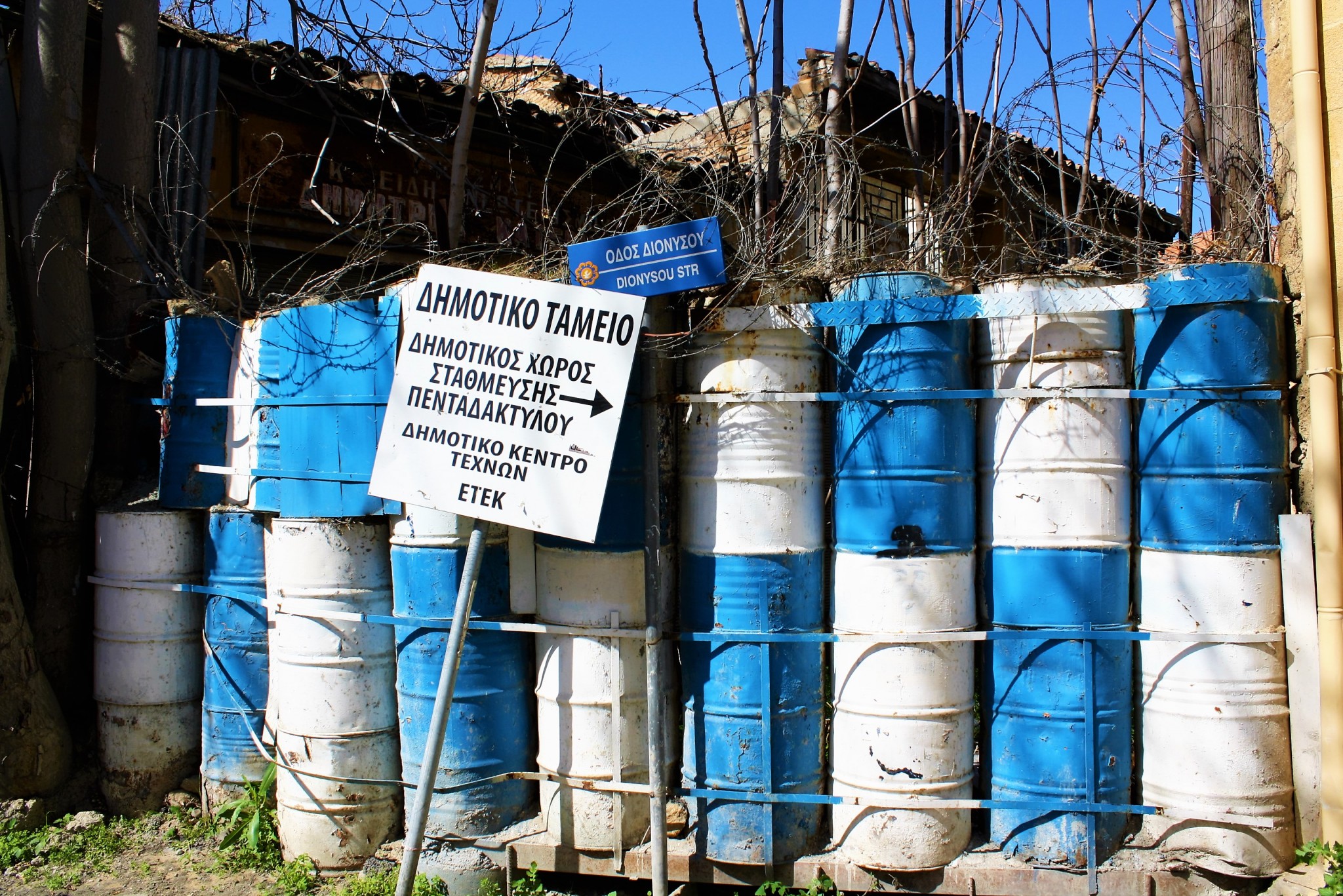 On one side you have the Greeks. On the other, you have the Turks. Welcome to Nicosia the world’s last divided capital city.

The border crossing is curiously relaxed.

Nicosia has been divided for a long time now. Since 1974 in fact, when a Turkish invasion forced the creation of two opposing Cypriot states constructed precariously along ethnic and religious lines. 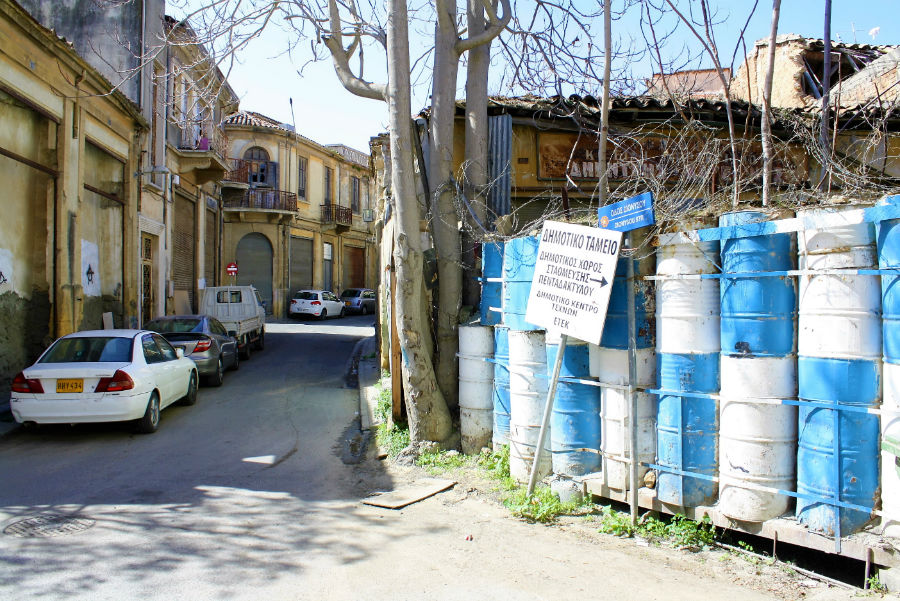 The north side of Nicosia is part of an unrecognised, self declared nation state and the two sides have been in a tense stalemate for decades. The crossing is simple though. From the south, I walk across the Ledra Street border, my passport is briefly flicked through and I am in the north.

Cyprus, and Nicosia, is split between the Greek Cypriots and the Turkish Cypriots. In the south, the internationally recognised Republic of Cyprus and in the north, the self declared Turkish Republic of Northern Cyprus, a state recognised only by Turkey.

The border is more of a formality here now, or at least that’s the impression given on the surface. After years of division, on such a small island people are, I expect, simply bored of it. Recent years have seen moves to end the status quo and find some sort of agreement that can be positive for both sides. Relations have warmed, so to speak, but of course it won’t be easy to implement a lasting solution in the politicized cultures that grew from the ashes of war. For every local Cypriot who crosses one way or the other there will be one who staunchly refuses to have anything to do at all with the opposing country. 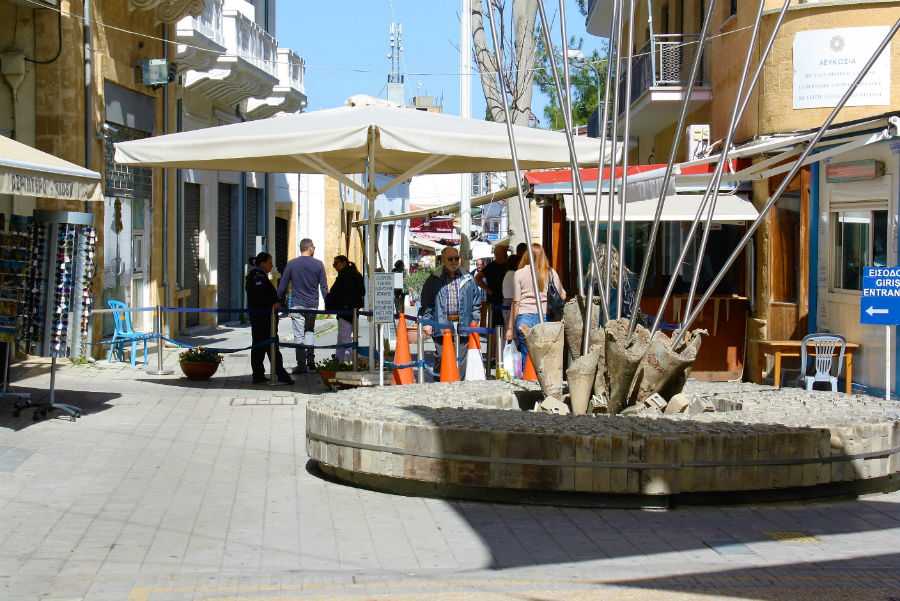 Ledra Street border crossing to the northern side of Nicosia.

And still, crossing the Ledra Border Point is like crossing from world to another. The divide has created two distinct nations. No where is this clearer, and more immersive an experience to be part of than in Nicosia the world’s last divided capital city. 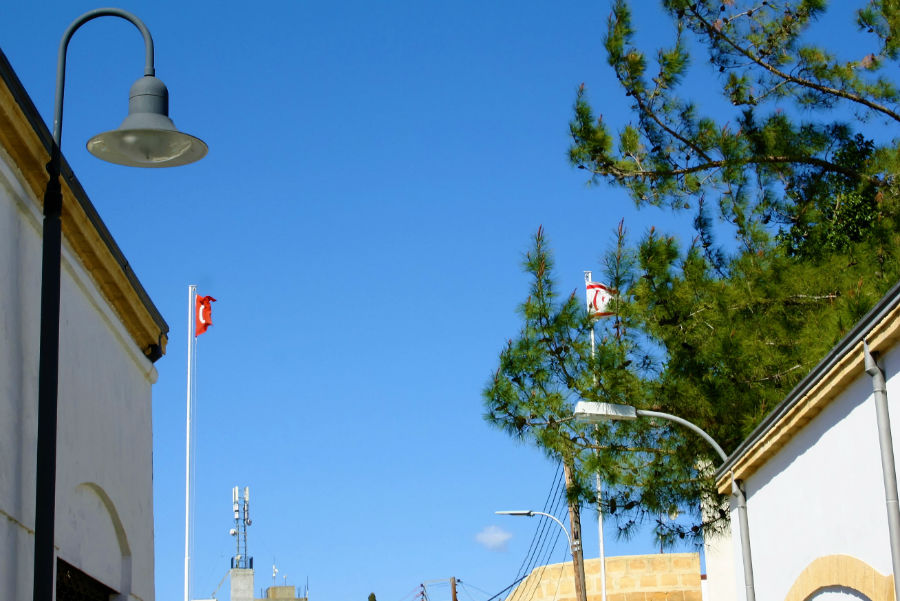 The Turkish and Turkish Cypriot flags fly above the city.

I am slightly shocked, but mostly intrigued, by the instant differences that greet me as I walk into the northern side of Nicosia. Here, the city is known as Lefkosa, the churches have been replaced by mosques and instead of Greek Gyros there are Turkish Durum Kebabs for sale. 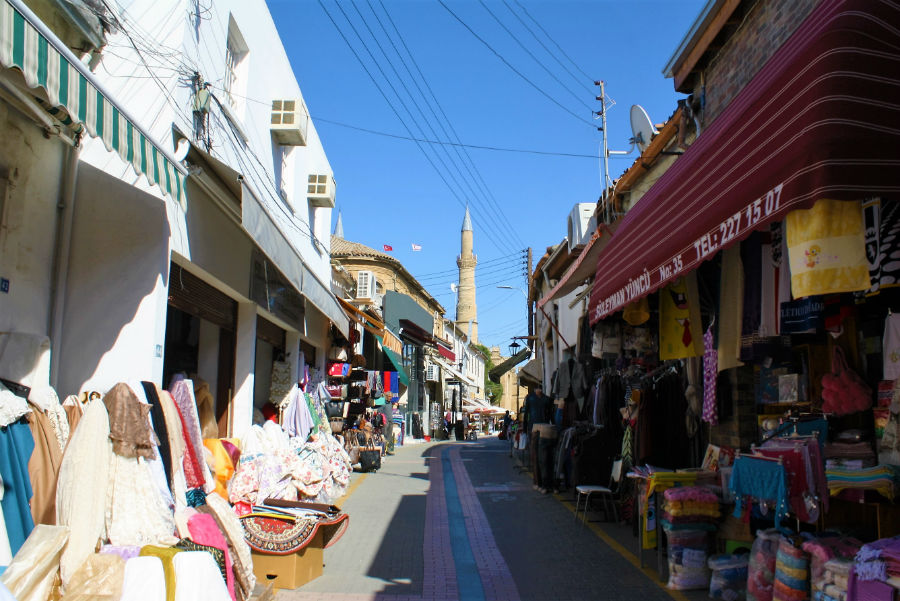 A kebab is a kebab though, no matter what you want to call it. Both sides will always have that in common I suppose.

The immediately visible cultural differences are vast. With the Greek side being part of the European Union, it feels like any modern European city. There’s McDonalds, Burger King, and all the usual Western World shopping chains. Buses run on a schedule and they use the Euro. 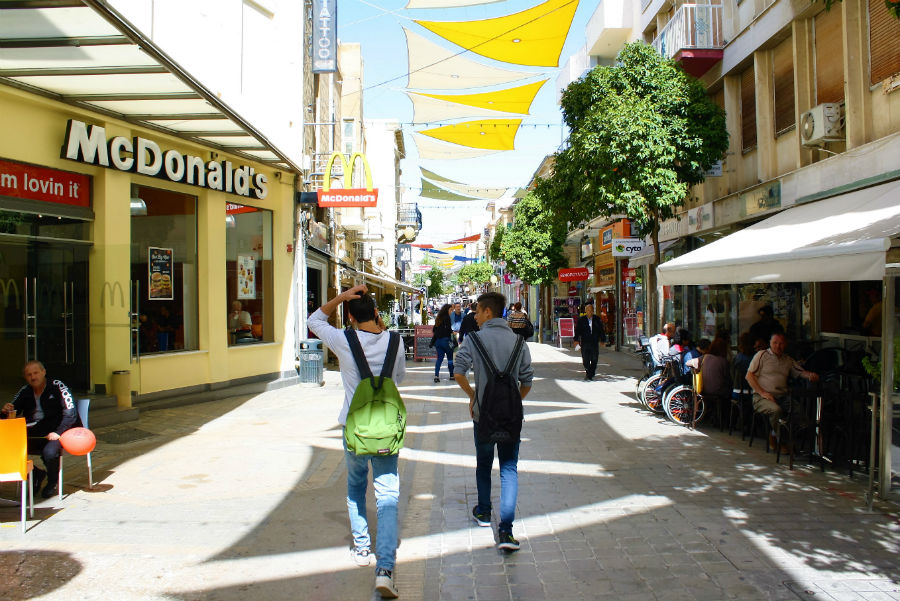 On the Turkish side of the city, there’s a clear lack of Western franchises, trappings and influence. The Turkish Lira is in circulation, while the chaotic Turkish Dolmus– minibus- system irregularly transports people around Lefkosa.

The call to prayer drifts through the narrow streets as I walk through the old bazaar. The streets are named after great Turkish Cypriot and Turkish heroes. The main square is named after the great Atatürk himself, the father of the Turkish people. 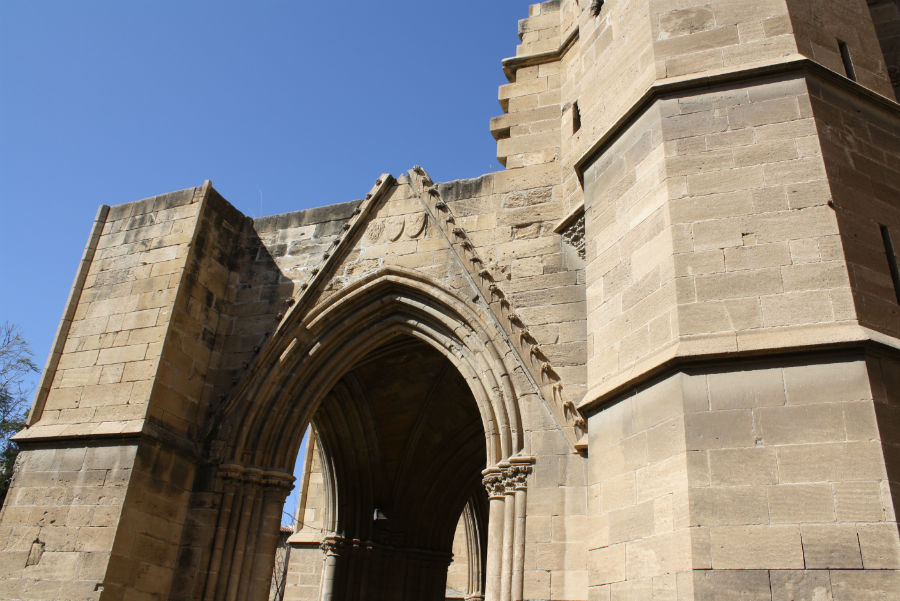 Churches in the North were turned into Mosques.

But while the lack of outside influence is refreshing in comparison to the Westernised Greek side of Nicosia, the lack of influence also demonstrates the isolation and economic trouble the Turkish Cypriots have faced since the division. It’s difficult for companies to invest here, the country is unrecognised politically, and many see the nation as still under the occupation of the Turkish military, despite their declaration of independence. The division has left the north in the shadow of the Greek south.

After gorging on Turkish kebabs and drinking cup after cup of Turkish coffee in the old streets of Lefkosa, I head back to the Greek side, this time to follow dividing line through the city, and to see things from the southern side. I would return a few days later to really explore the north- the deserted beaches, Crusader castles high in the mountains and abandoned holidays resorts resting on golden sands. 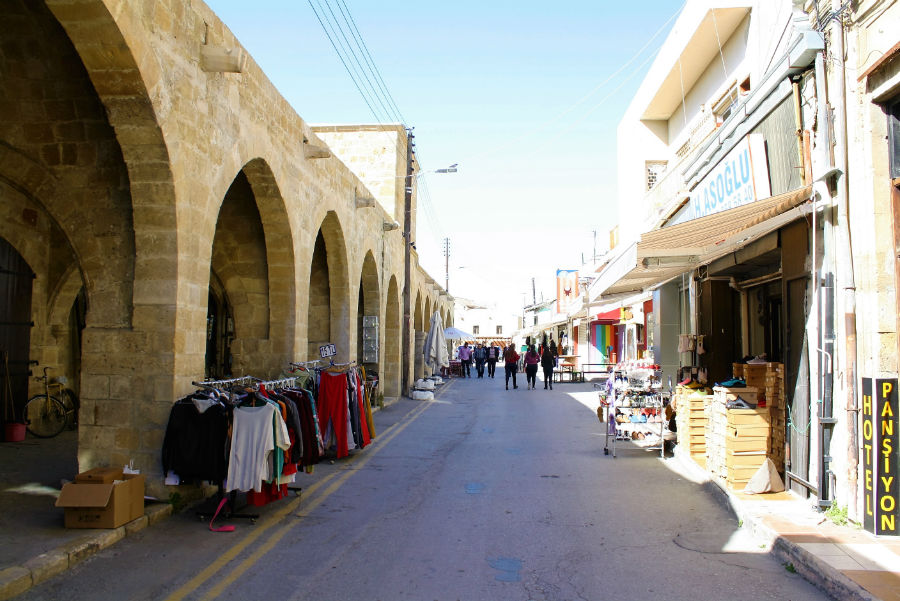 The old streets of Nicosia.

I cross back through immigration quickly again, and begin to trace the Green Line that split this city in two. It’s seemingly arbitrary, winding its way through alleyways and right through the middle of buildings. The Ledra Street border crossing point is right in the middle of the busiest shopping street on the entire island, and the line even engulfs the entirety of the old international airport on the edge of the city. [You can see more of the deserted and abandoned aircraft and waiting rooms HERE. I wanted to visit myself, but couldn’t find a way to.] 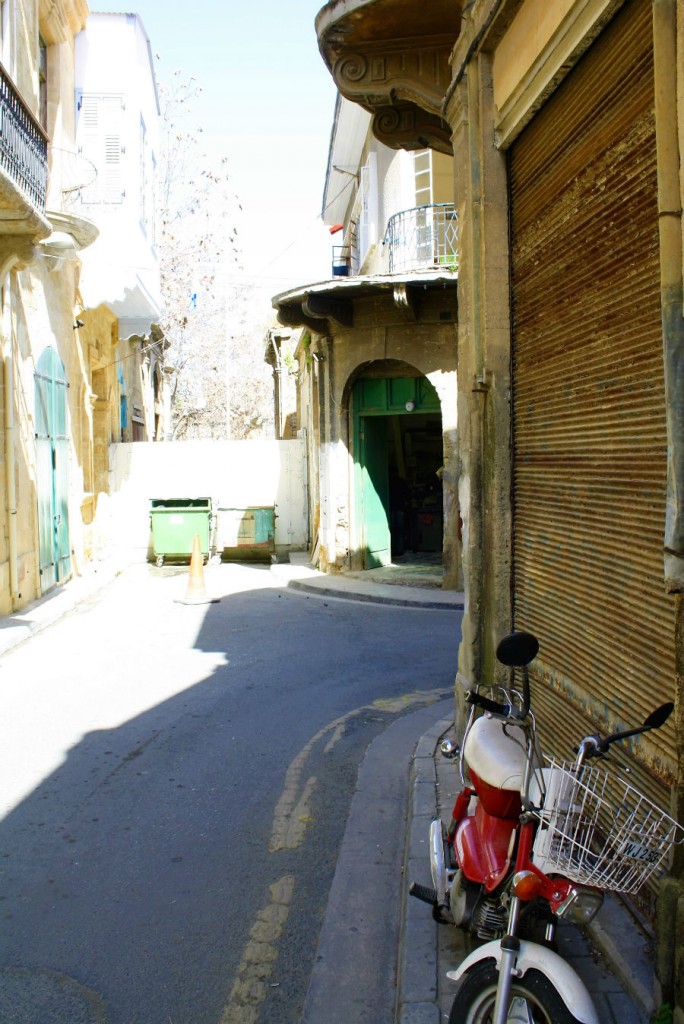 Barricades simply cut streets in half.

In between, there is the buffer zone. A United Nations controlled area that divides not only Nicosia, but the entire island. In the zone, the UN patrols and keeps  the two military forces apart. It’s mostly quiet these days on the border. In the no man’s land I can even see a group of UN soldiers, unarmed, just standing around on the rooftops enjoying the sunshine. 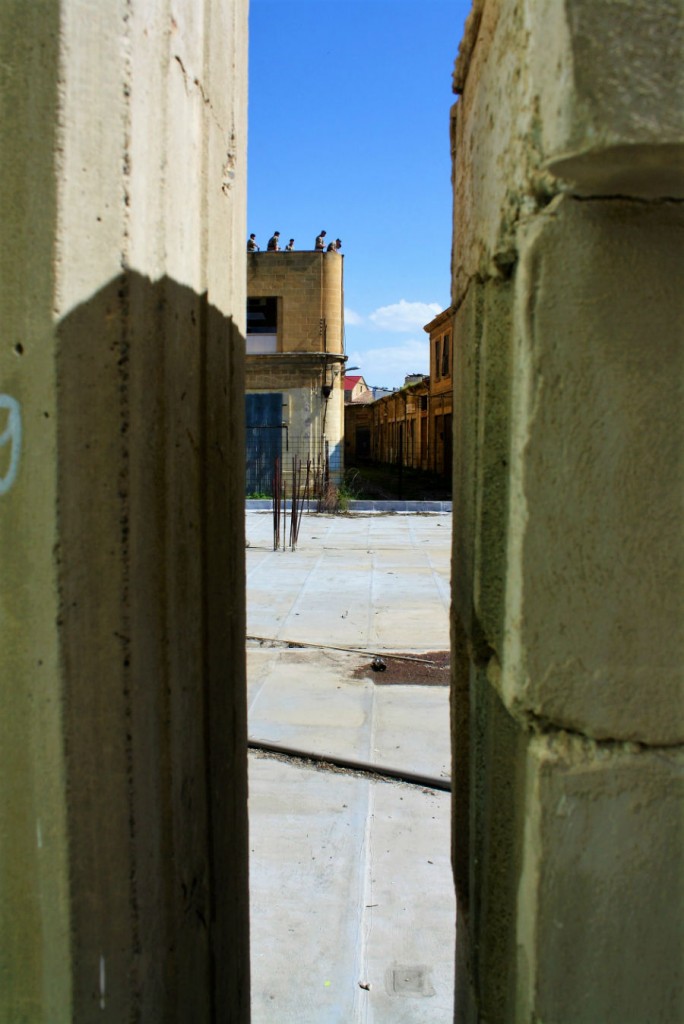 But the barricades, sandbags and the armed outposts that dot the Greek side of the line demonstrate the tumultuous upheaval that tore Cyprus in two, and has separated the Greek Cypriots and the Turkish Cypriots ever since. Despite the ease of the border crossing, the buffer zone still exists to separate these communities, to stop violence between the two sides. 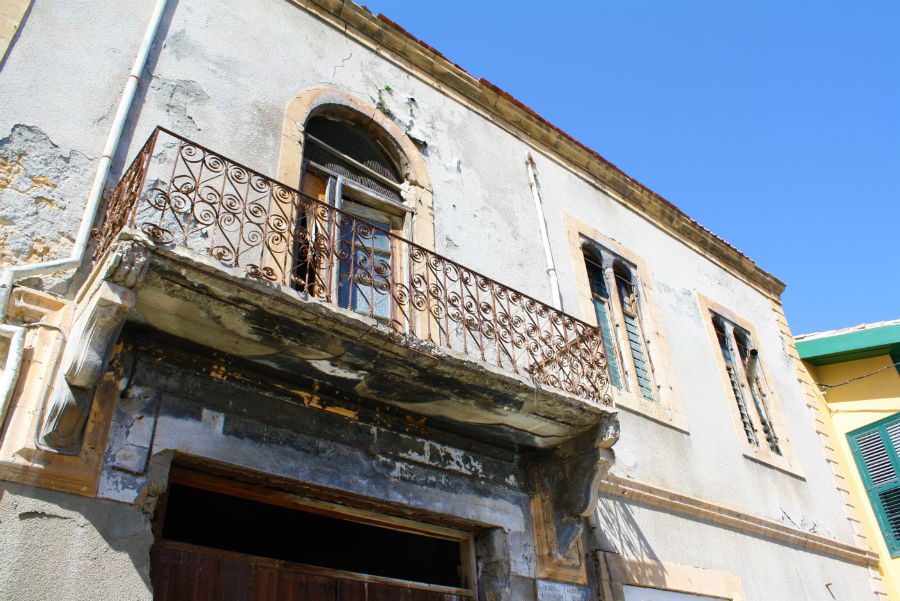 Abandoned buildings on the dividing line.

And the armed outposts and guards will still watch out over each other for as long as that threat remains. Things may not be as tense they once were here, but it will be no easy process to remove the guns and the watchtowers. The real question is, how long will both sides wait? How long can both countries- and different nations they now are, regardless of what international politics dictates- evolve at different paces and in different directions, before the chance for any compromise is lost completely? 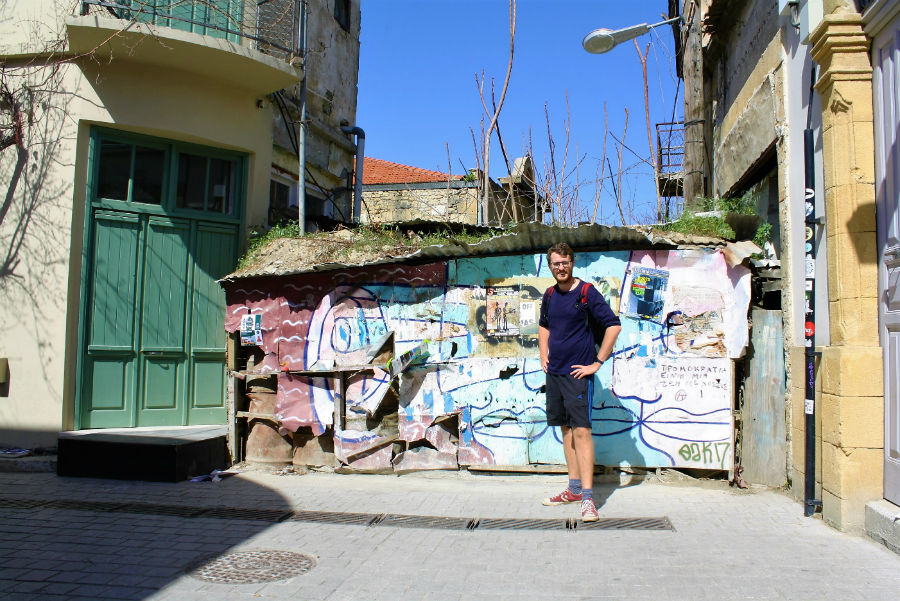 Hanging out at the buffer zone.

Not everyone will want a compromise, both sides have different cultures, languages and different political aims, but with the Republic of Cyprus being an integral member of the European Union and with Turkey aspiring to join too, there’s only so long that Nicosia can remain the world’s last divided capital city.