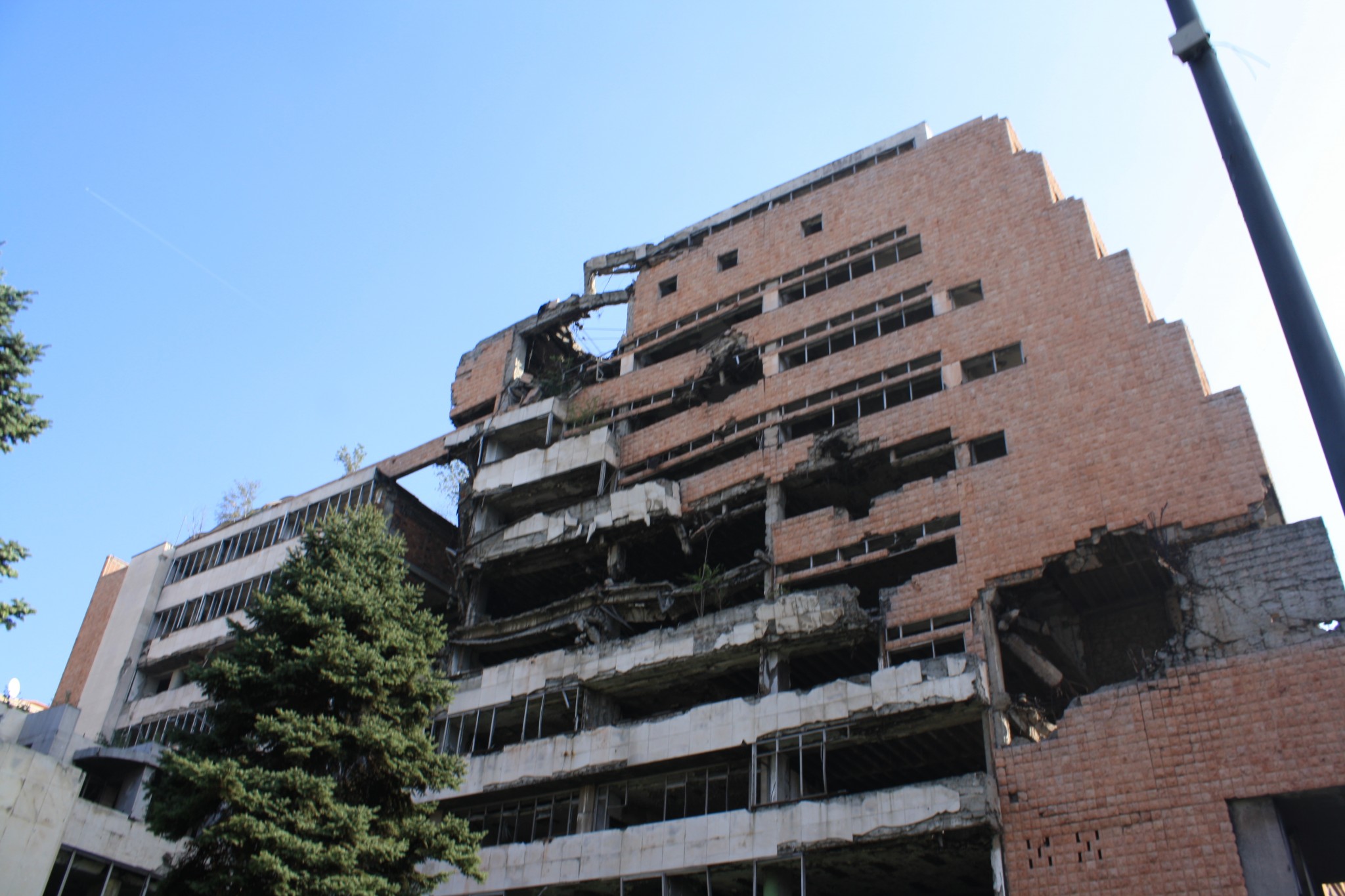 Amongst the lively and crowded streets of central Belgrade, it’s easy to forget that this was once a city at war.

The city has moved on since the 1999 NATO bombing campaign hit Serbia, but the ruins of the conflict have been left heaped along the roadsides, hidden in the shadows of a modern European city. 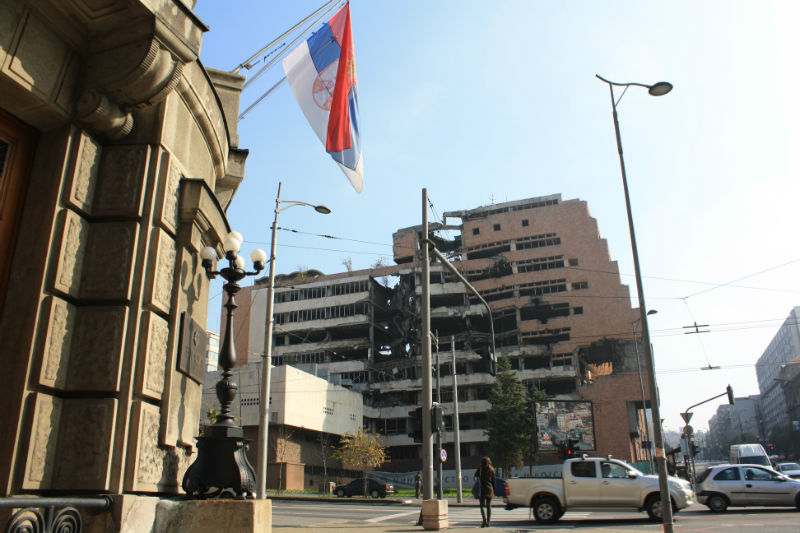 In 1999 war broke out in Serbia. The ’90’s had seen the collapse of Yugoslavia. Slovenia, Croatia, Bosnia and Herzegovina had all broken away and formed their own independent nations. All that remained of the former federation were Serbia, Montenegro and Kosovo, and then Kosovo decided they’d had enough too. Tragically, war consumed the Balkans again.

NATO would soon step in and start bombing targets in Yugoslavia after allegations of atrocities being committed by Serbian forces in Kosovo. Belgrade, the capital, was hit hard. The legality of the intervention has been debated fiercely by all sides ever since though, and as in any war, it was the civilians who suffered most. 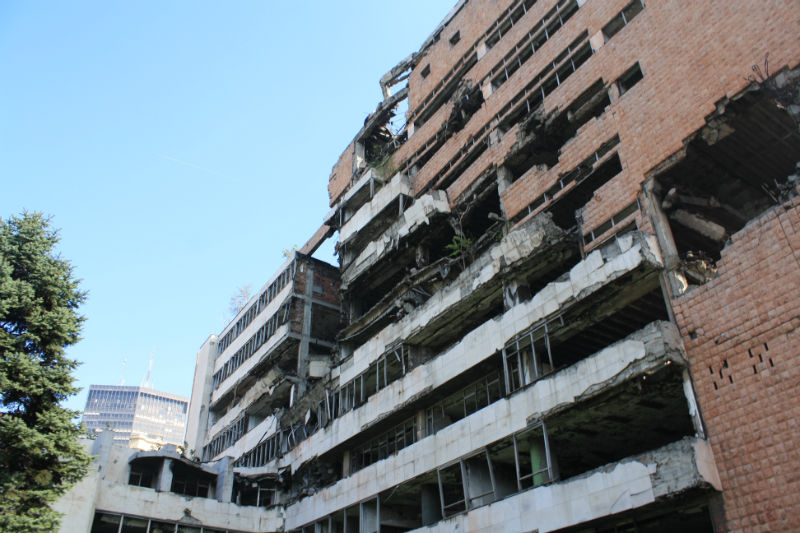 Regardless of whether the NATO bombings were right or wrong, the damage can still be seen today in Belgrade. Only a few hundred metres from the central train station, along one of the city’s main boulevards are the ruins of Ministry of Defence buildings which were hit by NATO missiles. The ruins have been left untouched, but life around them continues as if they aren’t there. 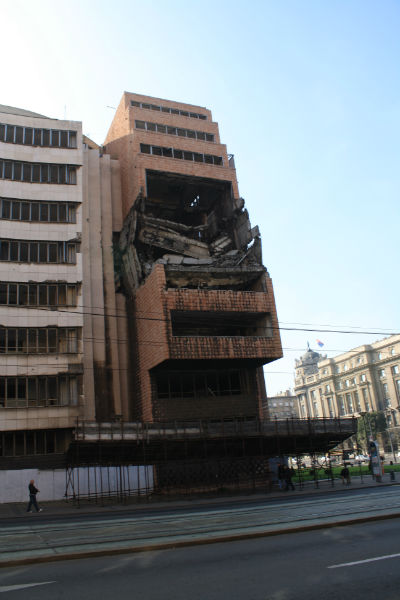 Soldiers still patrol the outside, and it’s not clear if Serbians want these left as reminders of the war, or are just waiting for them to be demolished. 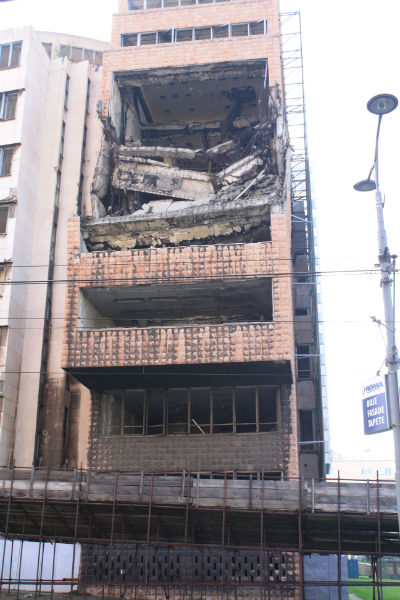 Other buildings were hit too. The TV tower was demolished and even the Chinese Embassy was bombed.  I learnt from a local that Serbians came out to protect the bridges during the bombings, forming human shields to save their lifelines which spanned the river, and defying what Serbians saw as NATO aggression. 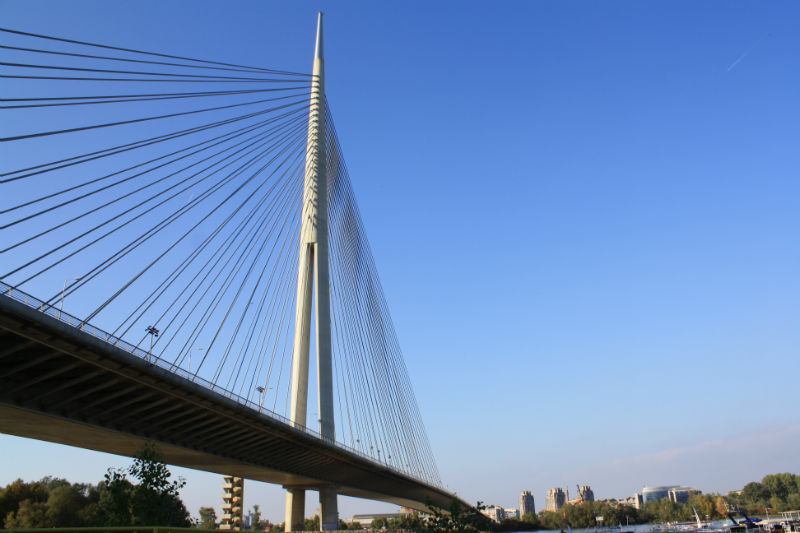 An Albanian told me that in the Balkans you will never get a straight answer. Belgrade is a prime example of this local logic, but ambiguous Balkan politics aside, it is a city which deserves attention. The Serbian capital is energized and lively- looking to establish itself on the European scene. And why not, it’s full of friendly people, by Western standards it’s cheap and being the former Yugoslavian capital you can get anywhere in the Balkans from here. Don’t just check out the bombing ruins, visit the older ruins of Kalemegdan Fortress, and see why Belgrade has played such an important place through the ages. Hit the streets and clubs and take a walk along the river. There’s even 7 kilometres of beaches to wind down on at the lake. The city is confident, and it’s a great time to visit.

For more detailed information detailing the different locations of the NATO ruins of Belgrade, visit the Dark Tourism website here!