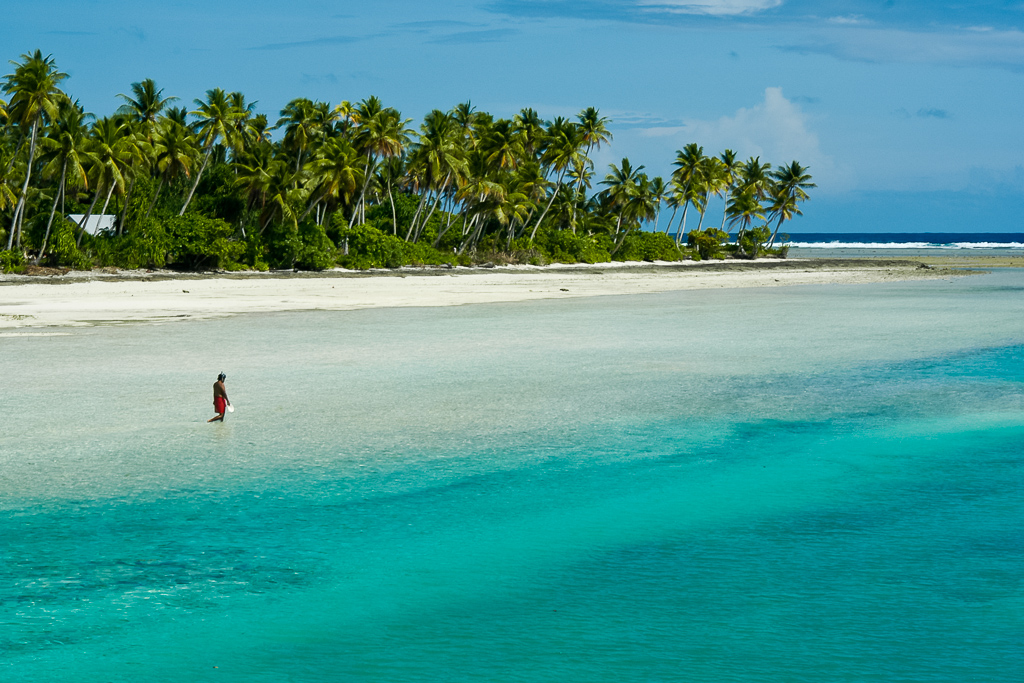 The World’s Most Isolated Tropical Paradise

Kiribati is a tropical paradise, but it’s a country that few international travellers have seen because it’s one of the most isolated countries in the world.

Located in the middle of the Pacific Ocean, north of Fiji and south of the Marshall Islands, Kiribati (pronounced ‘Kiribass’) straddles the equator covering an area of over 3.5 million square kilometres of ocean. Kiribati was once known as the Gilbert Islands before it gained independence from the United Kingdom in 1979.

There are only four flights a week to Kiribati, one from Brisbane, Australia, and three from Nadi, Fiji. Most international travellers take the flight from Brisbane with Nauru Airlines, which is a Thursday overnight flight via Honiara and Nauru. It returns as a daytime flight on Sundays.

Therefore a visit to Kiribati has to be planned as a two-day visit or a longer stay of nine days, unless the traveller is planning to go onto Fiji.

Whilst in Brisbane, a visit to Luggage Direct for any luggage or travel accessories that may be needed for the trip is advisable because the only shops in Kiribati are those selling basic foodstuffs.

There are very few eating places in Kiribati, so any special food requirements will need to be bought in Brisbane as well. 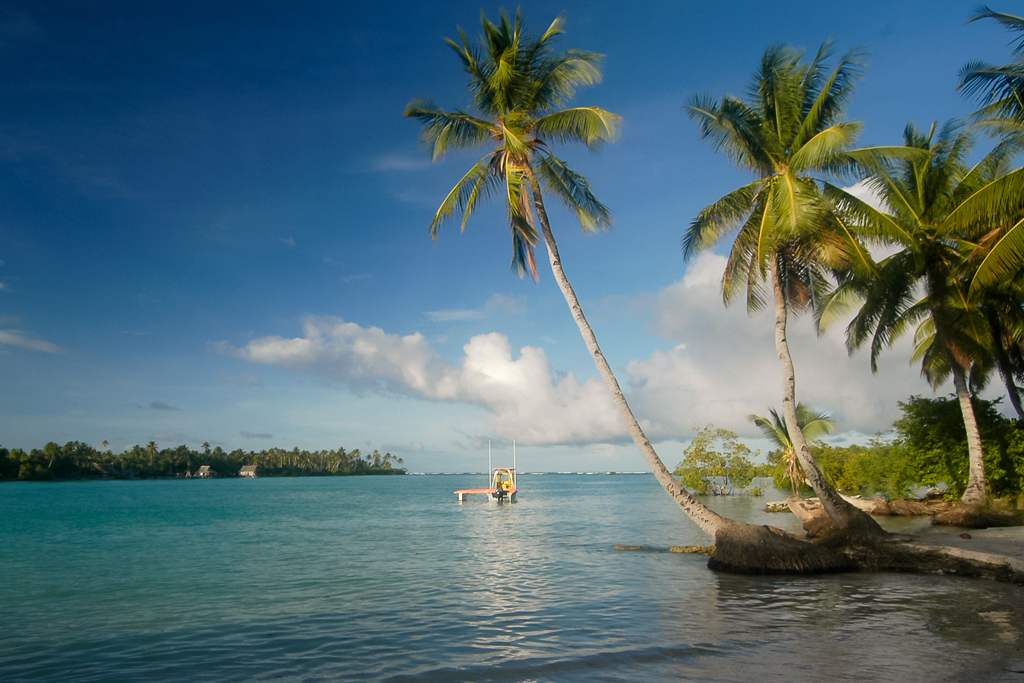 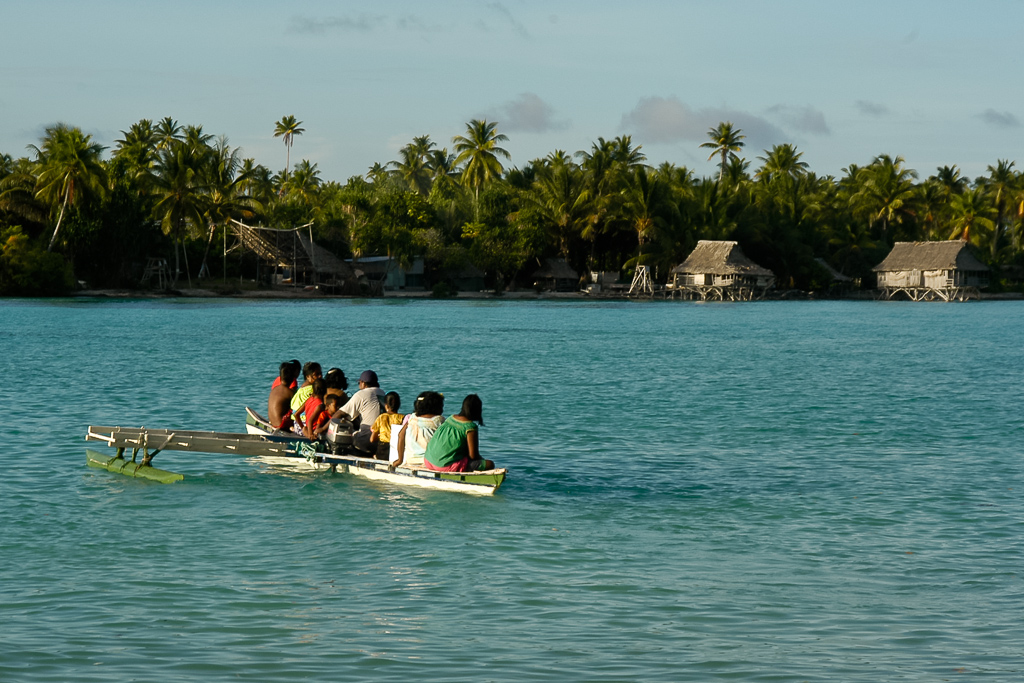 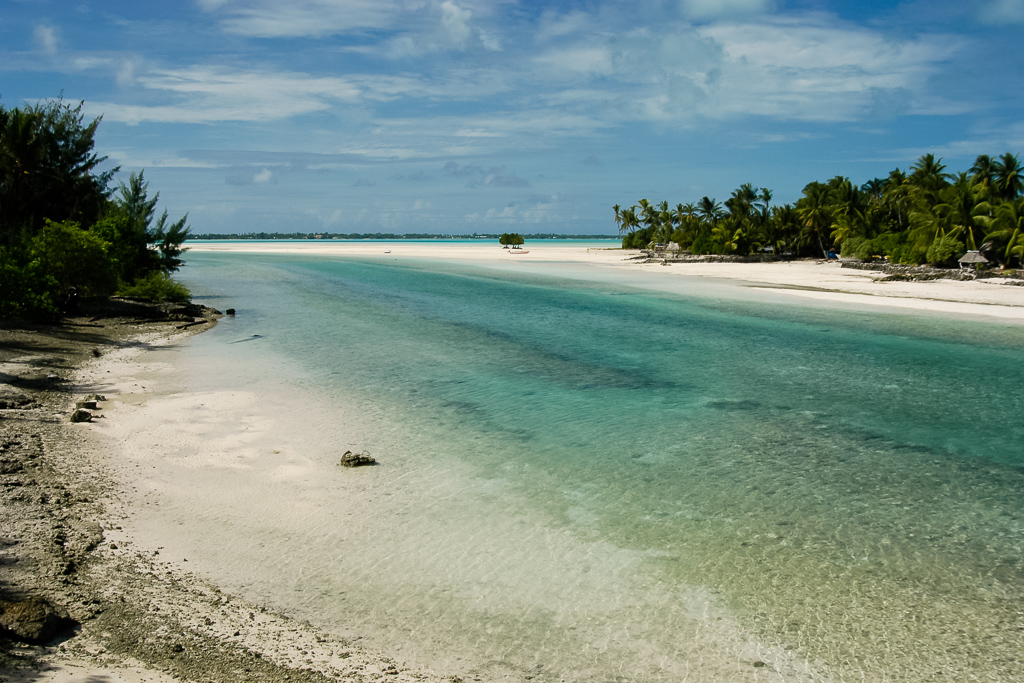 Airfares to Kiribati are very expensive, so the majority of passengers on flights to Kiribati are business people, government officials, and locals who have had to travel out of the country for medical treatment or other family business.

The standard economy fare from Brisbane to Kiribati is around AU$2,000 one way, although restricted promotional fares from AU$800 are available on most flights. There are no passenger ships servicing Kiribati (other than the occasional Pacific cruise ship that may stop there), so there are no cheaper transport options available to reach Kiribati.

Once in Kiribati, accommodation options are limited too. There is a government owned hotel not far from the airport on South Tarawa, and a privately owned motel. There is also a small eco-lodge on the less developed North Tarawa atoll. All offer only very basic accommodation.

So why do leisure travellers go to Kiribati given it is so isolated, so expensive to reach, few places to eat and provides only basic accommodation? 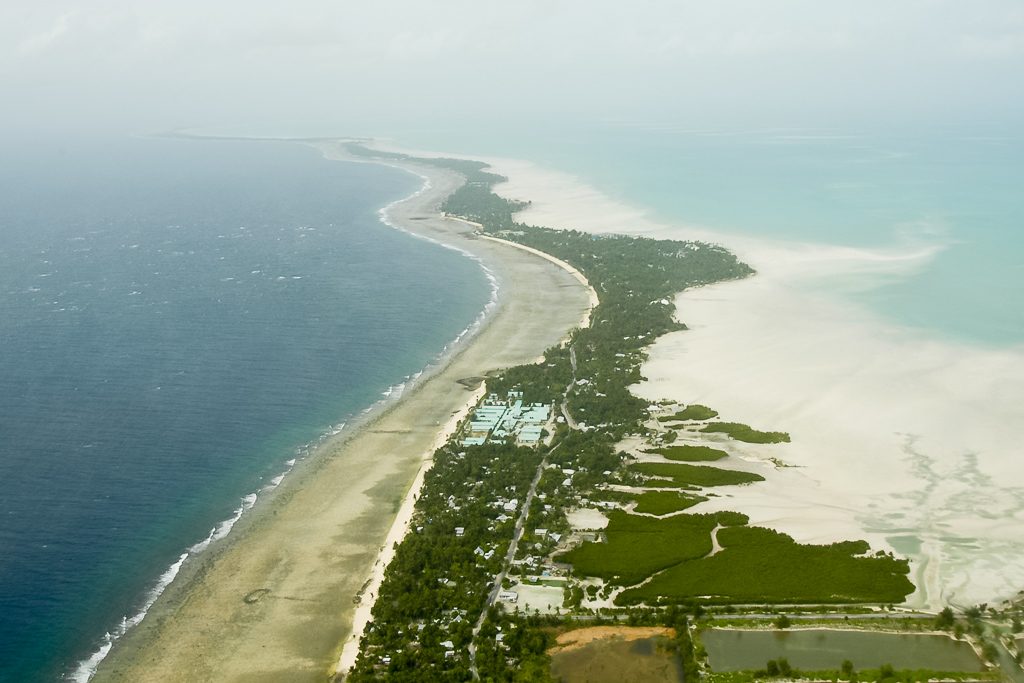 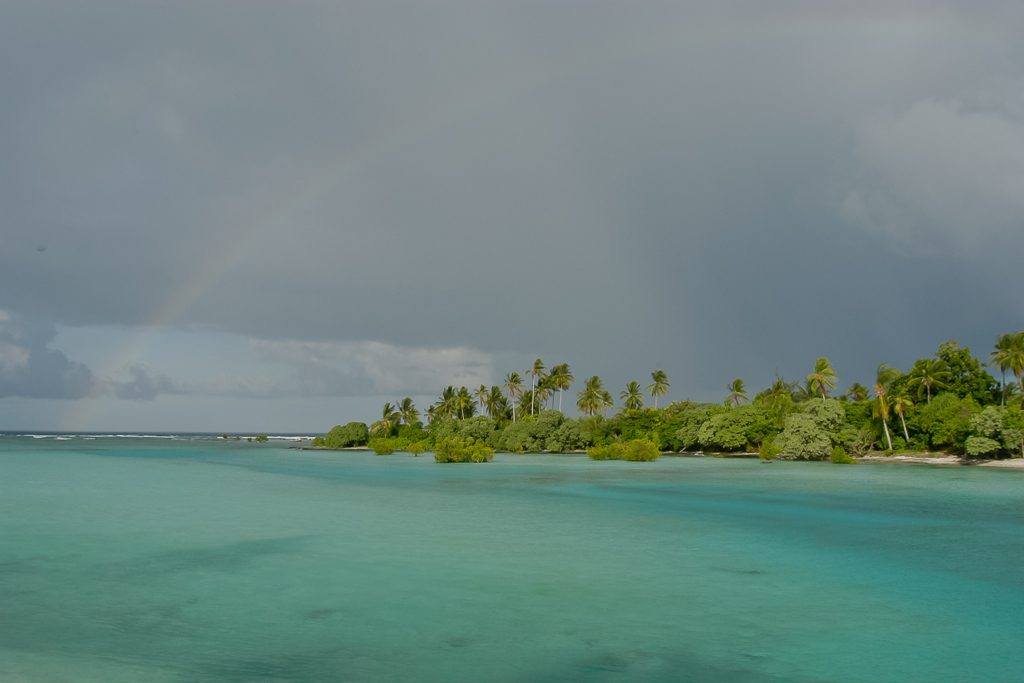 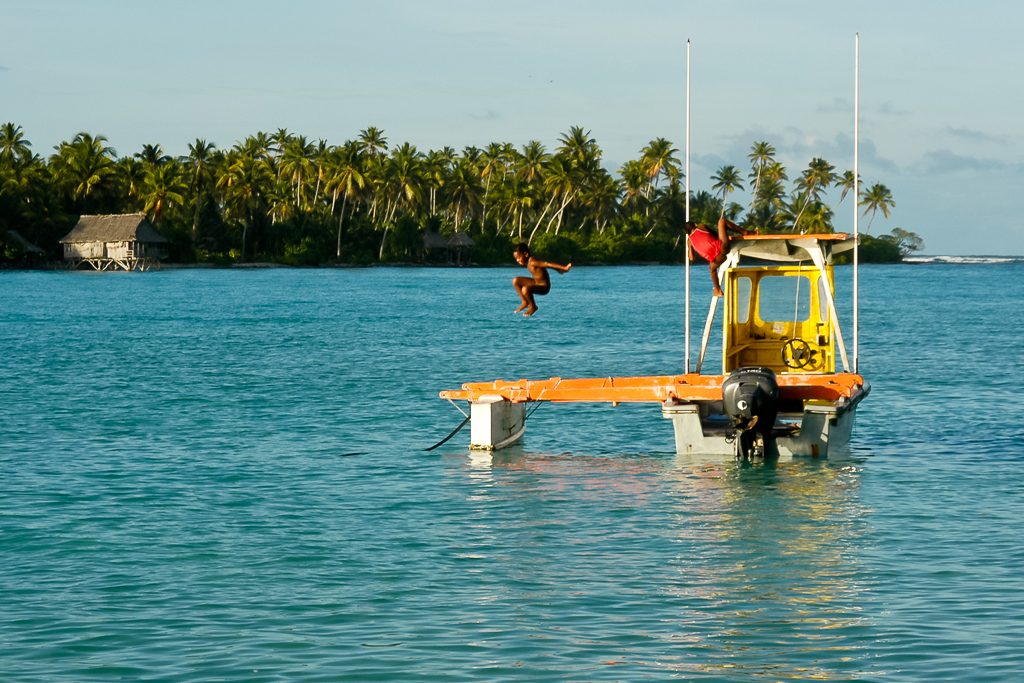 It’s because it is so hard to reach that many want to go. It’s one of those countries that hardcore travellers like to tick-off on their list knowing that few others will ever make it there.

An added bonus is that it’s one of the most beautiful places on earth!  As it is so hard to reach, the number of tourists there is never more than a few dozen at a time, so it is a very unspoiled Pacific nation.

The population is only a little over 100,000, spread across about 20 atolls, but they are some of the friendliest people on the planet. It’s a totally safe country because everyone knows their neighbour and what they are doing.

The aquamarine waters are home to colourful tropical fish, the white-sand beaches and palm-lined atolls provide exotic backdrops for photographers, and the sunsets are out of this world.

There’s also a lot of history on the Kiribati atolls because Tarawa and a few other locations around the country were where some major battles took place during World War 2. To this day wrecked ships and tanks can still be seen half buried in sand on the ocean floor during low tides. 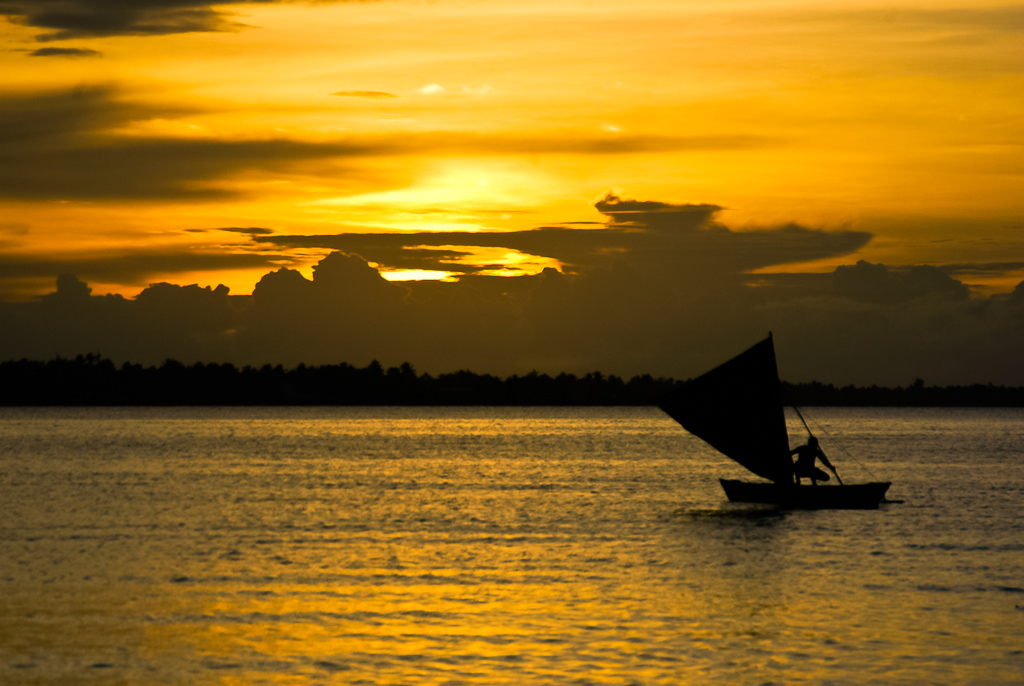 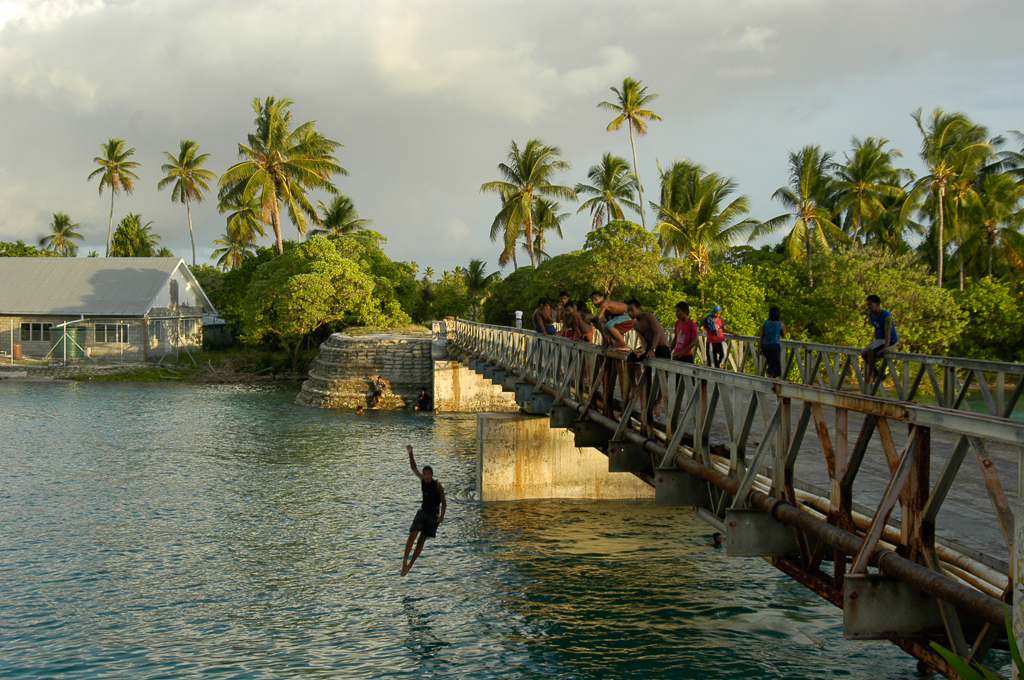 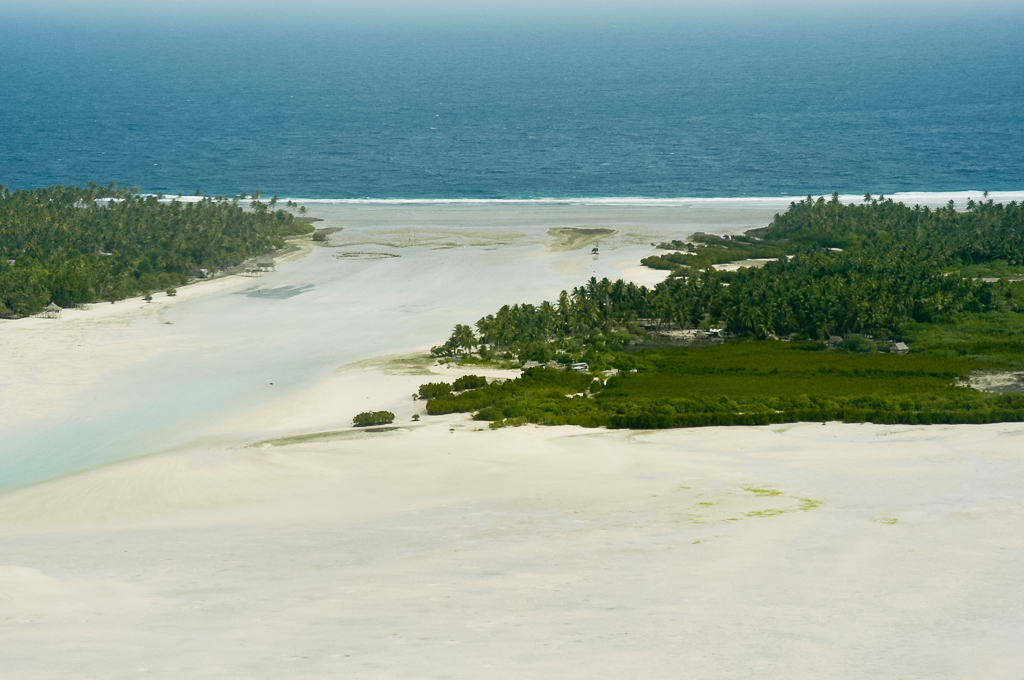 But it’s to chill out and experience a lifestyle with no modern conveniences that travellers go to Kiribati. It’s an experience that few in the world may ever be able to relate to, but for the serious traveller who likes getting off the beaten track, it’s one to add to the bucket list.

Unfortunately Kiribati won’t be around forever.  With most of the country barely a metre above sea level, rising sea levels associated with climate change are already submerging many of the atolls.

Scientists predict that by the end of this century, all of Kiribati will have disappeared underwater necessitating the migration of the Kiribati population to other Pacific nations.

That’s perhaps another good reason to visit Kiribati – a country that one day won’t exist. A country that will one day be the real Atlantis.

David Astley is a British/Australian expatriate living in Asia who has travelled to 96 countries and likes to get off the beaten track in countries where there are few other tourists. He has travelled with seal hunters in Greenland, flown microlights in Zimbabwe, trekked to remote monasteries in Bhutan, and visited parts of North Korea that are off-limits to tourists. He blogs occasionally at https://www.xyzasia.com/blog/ but these days mostly guest writes for other travel blogs

What’s the most off the beaten track country you’ve visited? Kiribati one day won’t physically exist, but there are plenty of country’s that already don’t technically exist, due to political or ideological reasons. You can find out more about these strange territories and regions HERE!