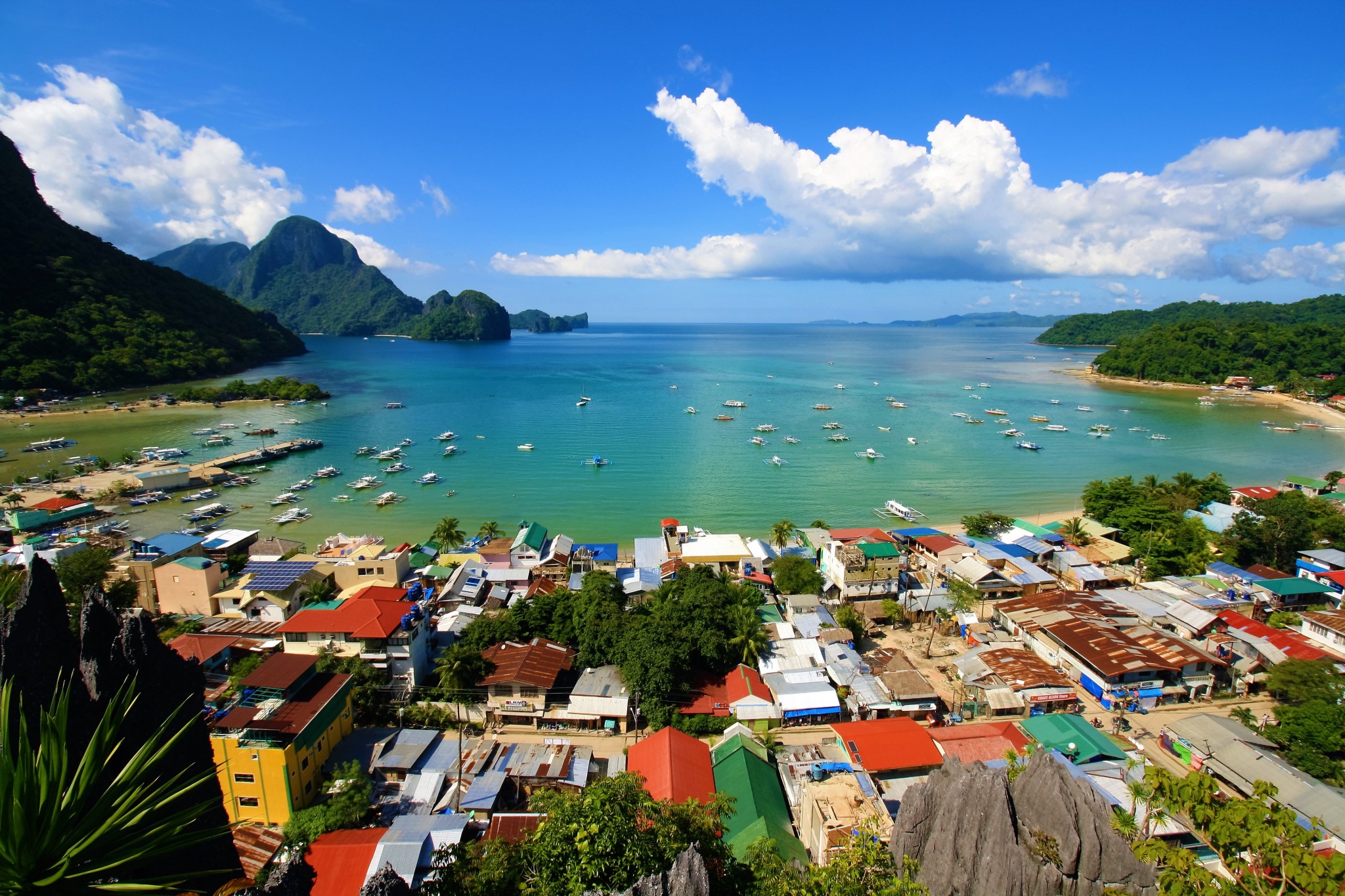 El Nido is a laid back town at the far northern end of the Filipino island of Palawan. It’s a paradise for beach lovers and island hoppers, with outstanding scenery and incredible marine life. Palawan has been called the ‘Last Frontier’ of the Philippines, and until recently El Nido was just a small, isolated fishing village. It’s really not that remote these days though, and the country has far less visited locations for the really intrepid, but with the Philippines being the least frequented region of South East Asia, it’s a place that has yet to be over run. And it will always be beautiful! There’s the usual Filipino charm and friendliness, with fresh sea food, cheap beer and daily opportunities for exploration. But with Palawan having recently been voted one of the top islands in the world by Conde Nast, it’s best to get here sooner rather than later, before it inevitably gets too busy for those of you who prefer their destinations to be off the beaten track.

So if you’re struggling to keep warm in the Northern Hemisphere right now, here are the most beautiful pictures from my island hopping adventures in El Nido, just to make you a little jealous! 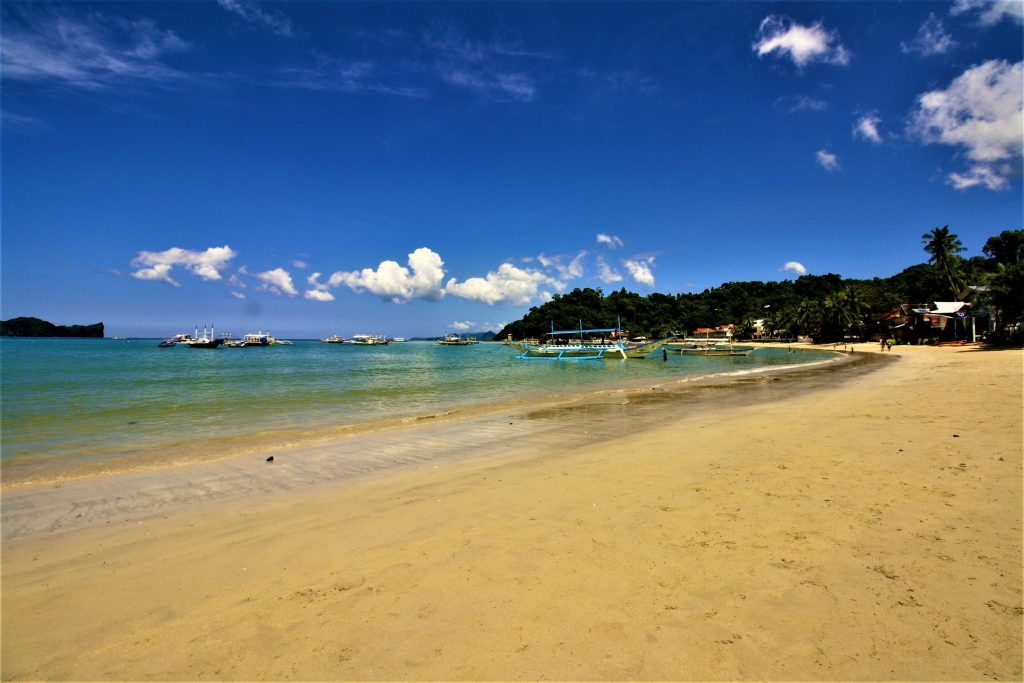 El Nido town sprawls out onto a sandy beach, and it’s a great place to get exploring. 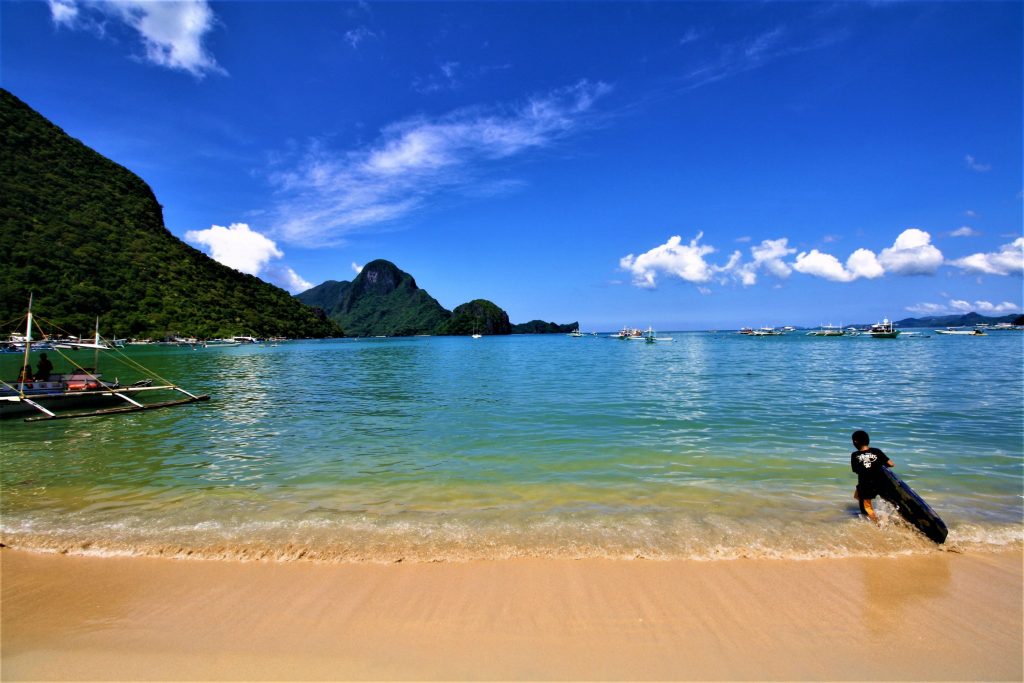 The natural bay offers glorious views from the beach side restaurants and bars. 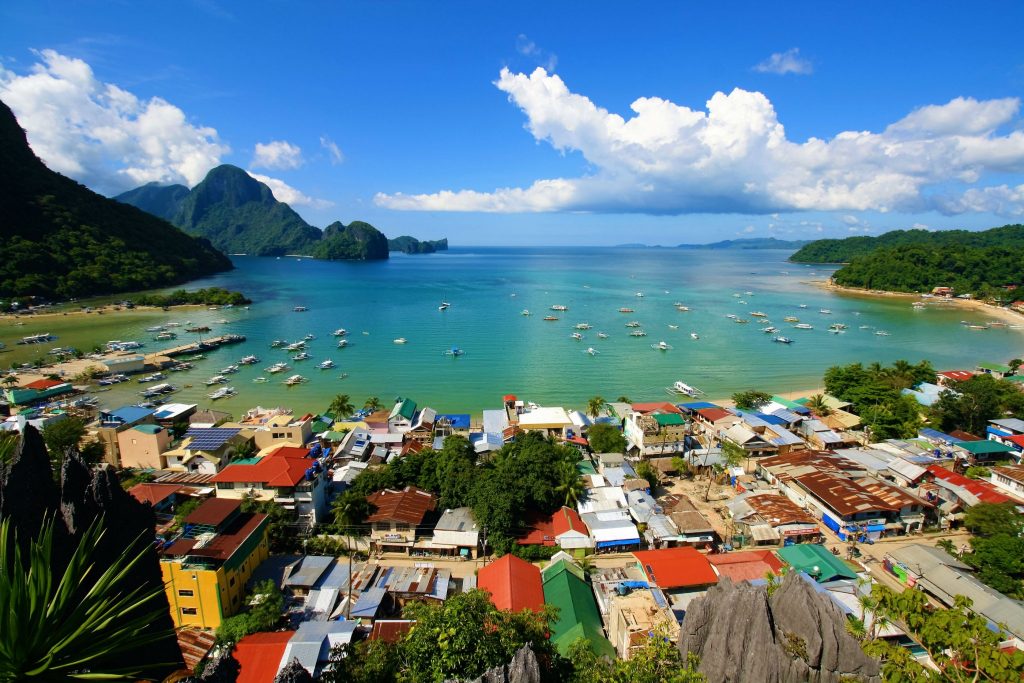 But the best view is from above. 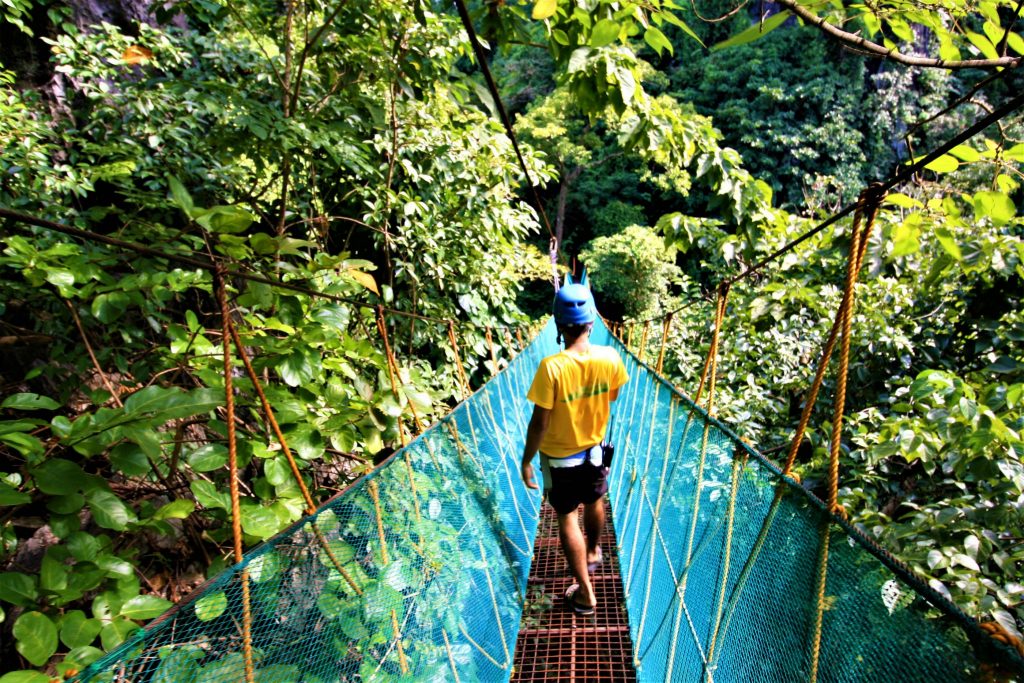 To get up high there’s a canopy walk through the trees and to the top of the cliff overlooking the town. It’s worth every drop of sweat in the sweltering heat. 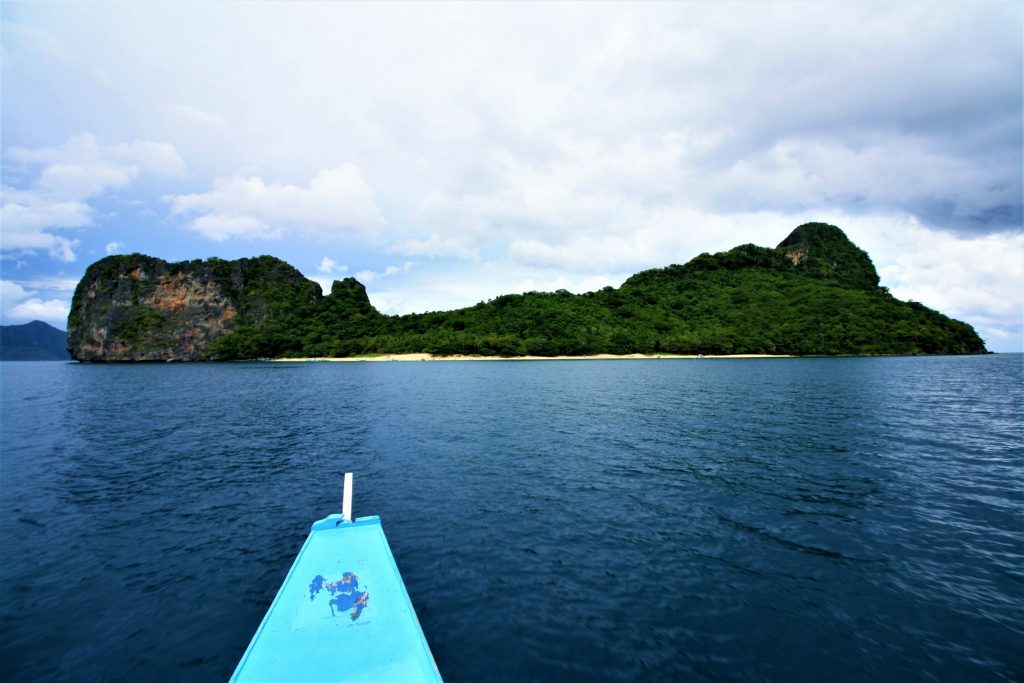 Helicopter Island is a short boat ride away from El Nido. No points for guessing where the name comes from. 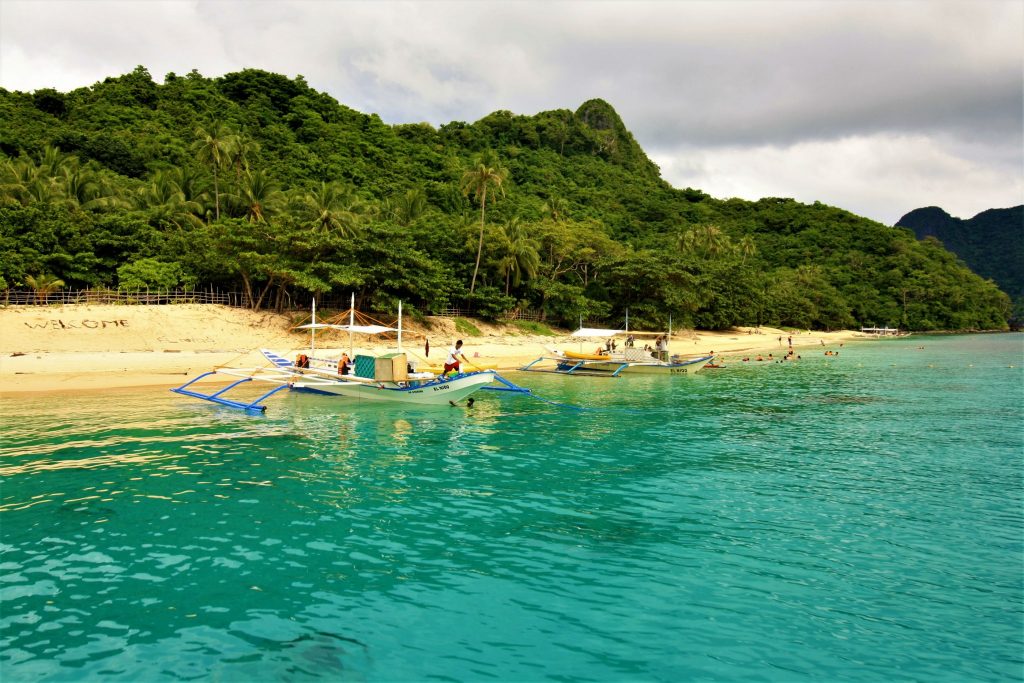 The small island is circled by turqoise waters and dense coral. 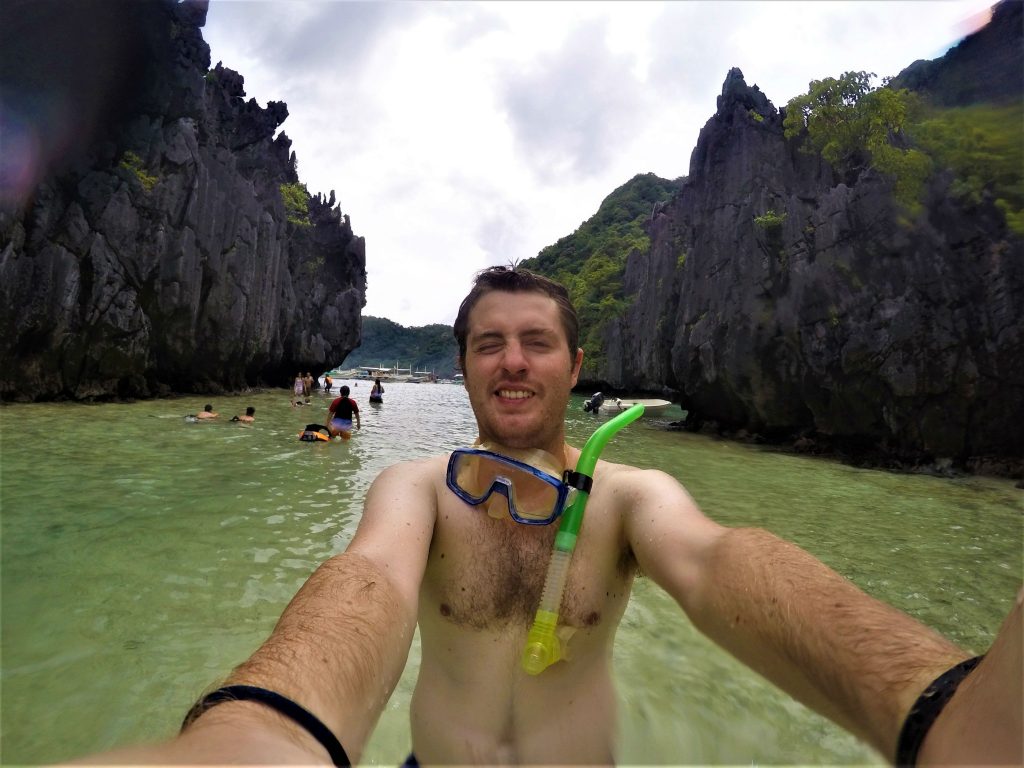 El Nido is surrounded by hundreds of islands, all of them hiding concealed bays and secret beaches behind the huge karst rocks. 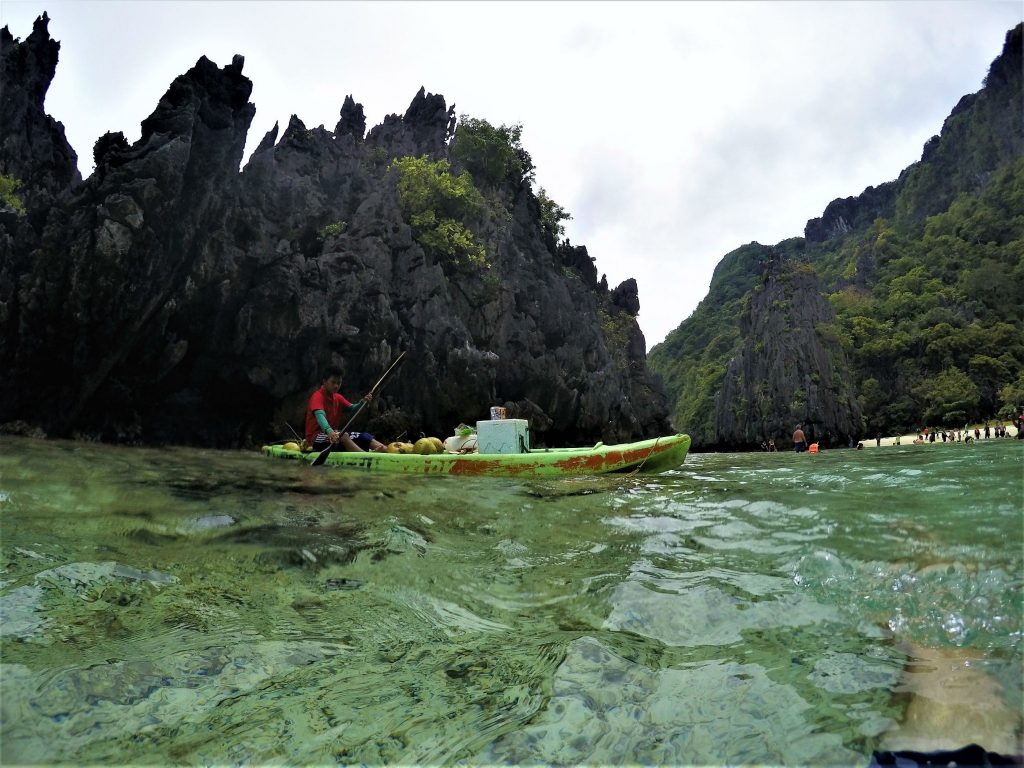 This guy even paddles around selling beers to thirsty tourists in his kayak bar. 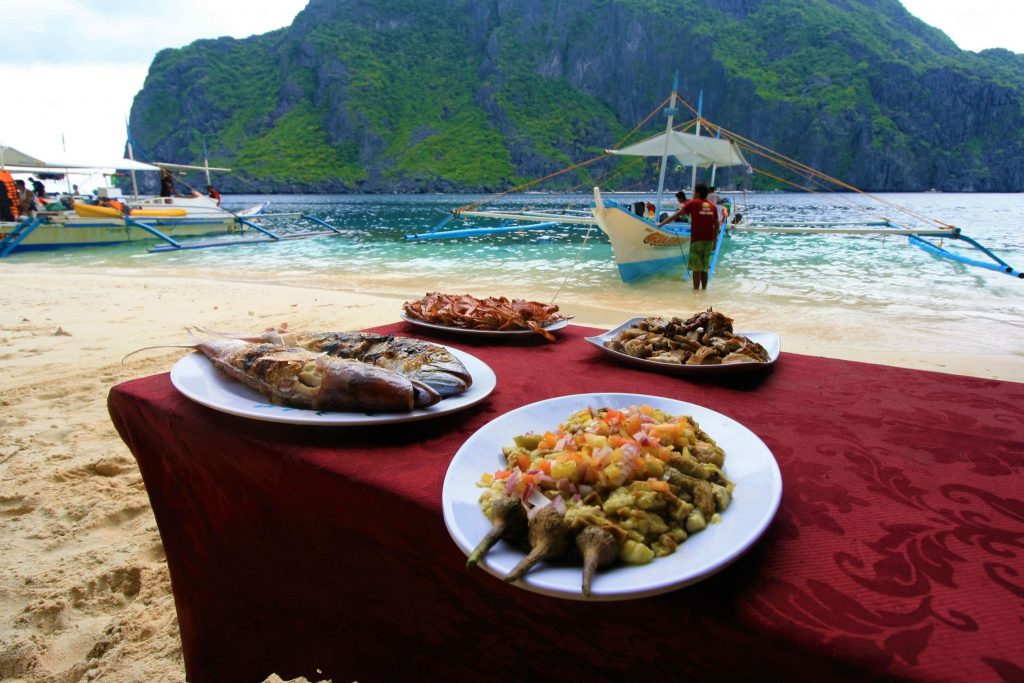 Lunch in paradise. Fresh fish and crab barbecued on the back of the boat with a healthy serving of chicken and aubergine! 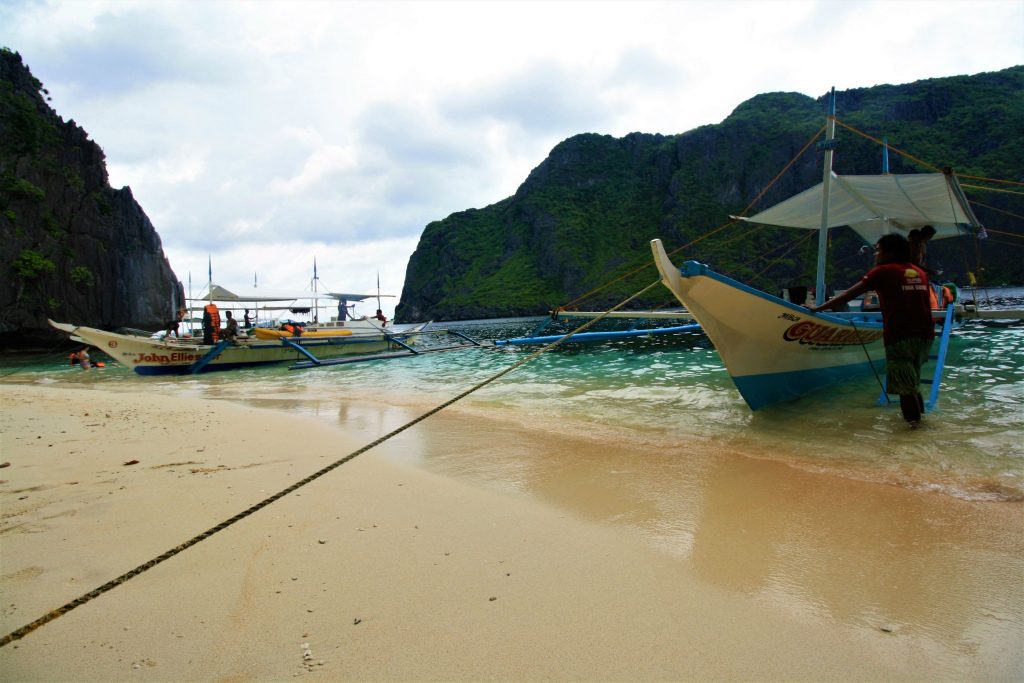 A feast devoured on the shores of a tropical island! 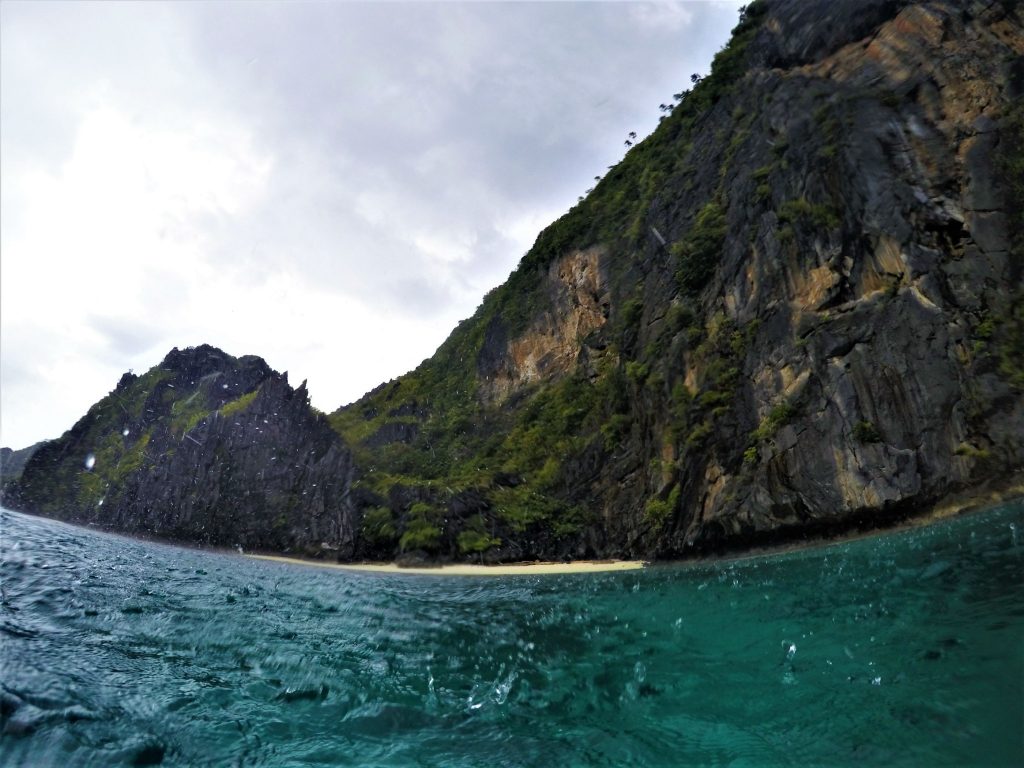 It’s not all sunshine and glamour though, but even in the rain El Nido’s islands never fail to impress. 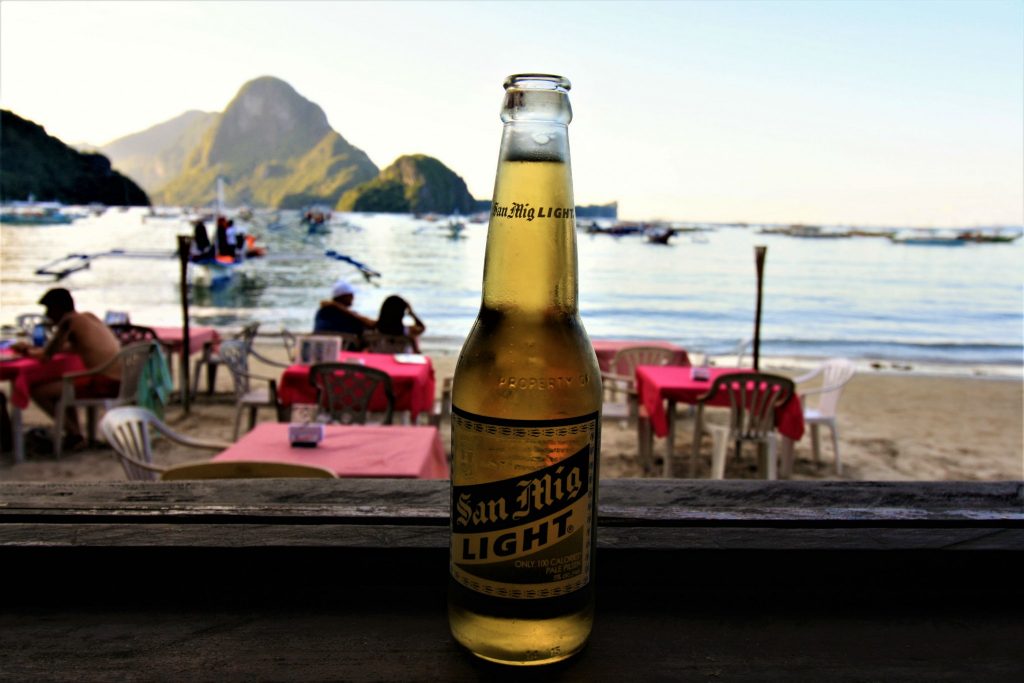 And at the end of a long day, there’s nothing better than chilling out on the beach, cracking a beer and watching the sun set over El Nido.

Beautiful Pictures From The Muscat Souq!