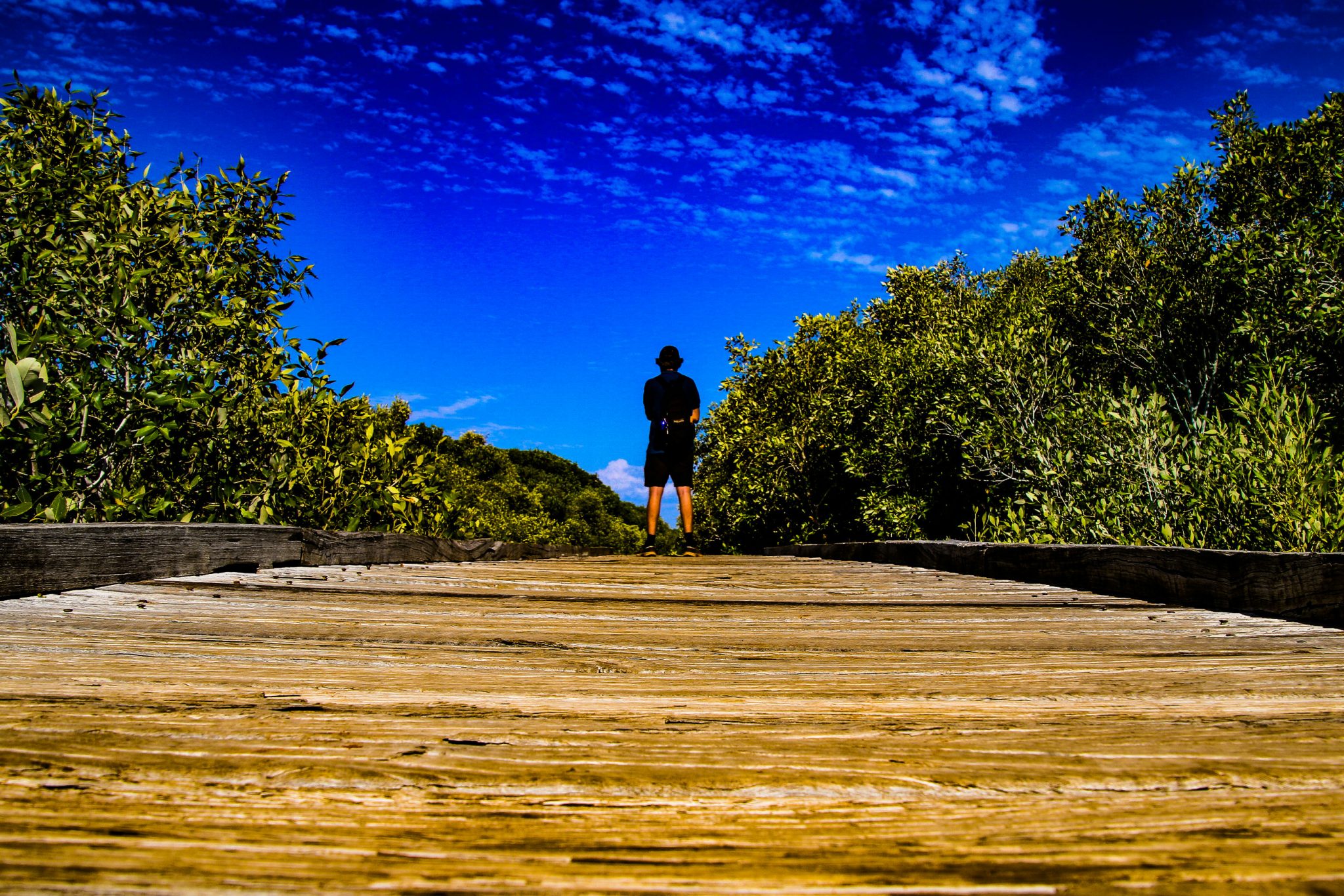 Beaches, Beers And Crocodiles In Broome!

Broome is the Pearl of Western Australia. Quite literally.

Broome was built on the danger, romance and profits of the pearling industry. Every Summer the town survives cyclones and tropical storms, the occasional crocodile is seen swimming along the coast and they make a fantastic ginger beer. All this has led to a hardy but laid back town that can put up with anything. And the best thing about Broome, is this tropical town at the Top End of WA is still little known outside of the country, perhaps even outside of the state.

Broome has an intriguing history, built around the still active pearling industry and- as with anywhere in Australia- a shady colonial past, but the curious multicultural demand of this once dangerous trade at the remote end of Australia has created a town that could well be the centre of fusion in Western Australia, with Indian, South East Asian, Japanese, Aboriginal and European influences all merging on the streets, and particularly on the food scene.

There’s the usual Aussie Pubs too of course, and the usual strange traditions that come with a long history of isolation and intense heat- crazy crab races anyone?- and mix all of this with a stunning coastline, white sand beaches and the relaxing atmosphere of a holiday town without the hassle and you’ll be left loving life on Broome Time as they call it, sitting around, drinking beer without much care for anything, not even the crocodiles.

It’s a long way to Broome, but these photographs might just inspire you to visit! 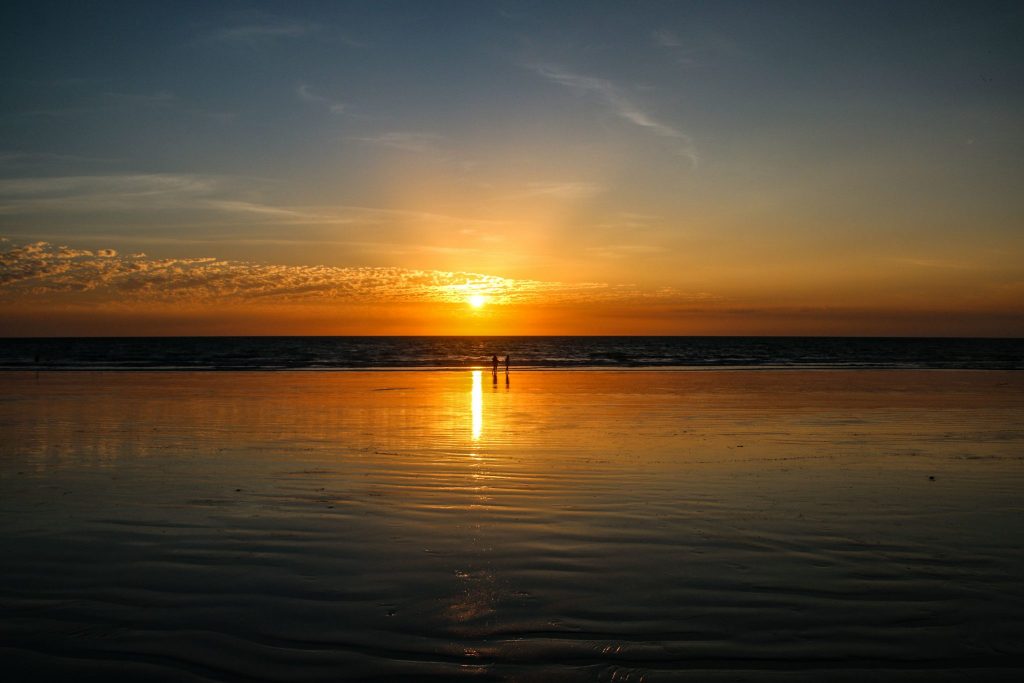 Cable Beach is the best beach in Broome. It runs for miles along the spectacular coastline, with white sands and insane sunsets to enjoy. The ocean waters around Broome have one of the largest tidal differences in the world, leading to spectacular views like the one above every day as the sun reflects of the receding waters and shimmering sands. 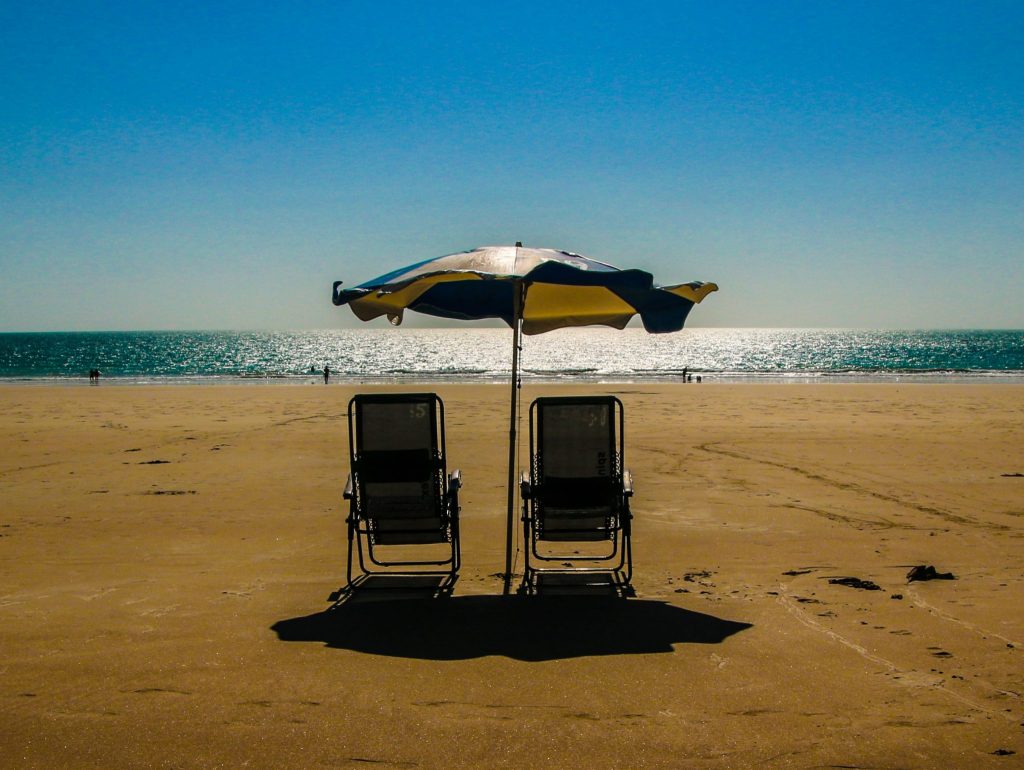 Cable Beach is the best place to get to grips with Broome Time. Just sit back, relax and enjoy one of the best but quietest beaches in all of Australia. 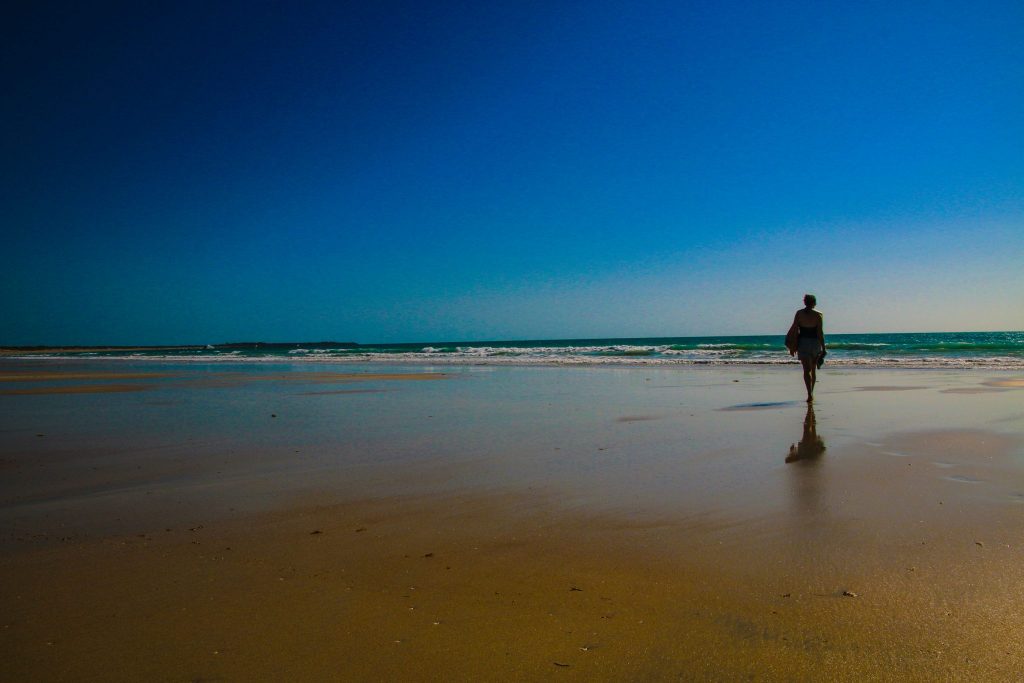 The long shoreline provides ample opportunity to kick off the flip flops and stroll for miles through the surf, with panoramic views of the coast stretching to the horizon. 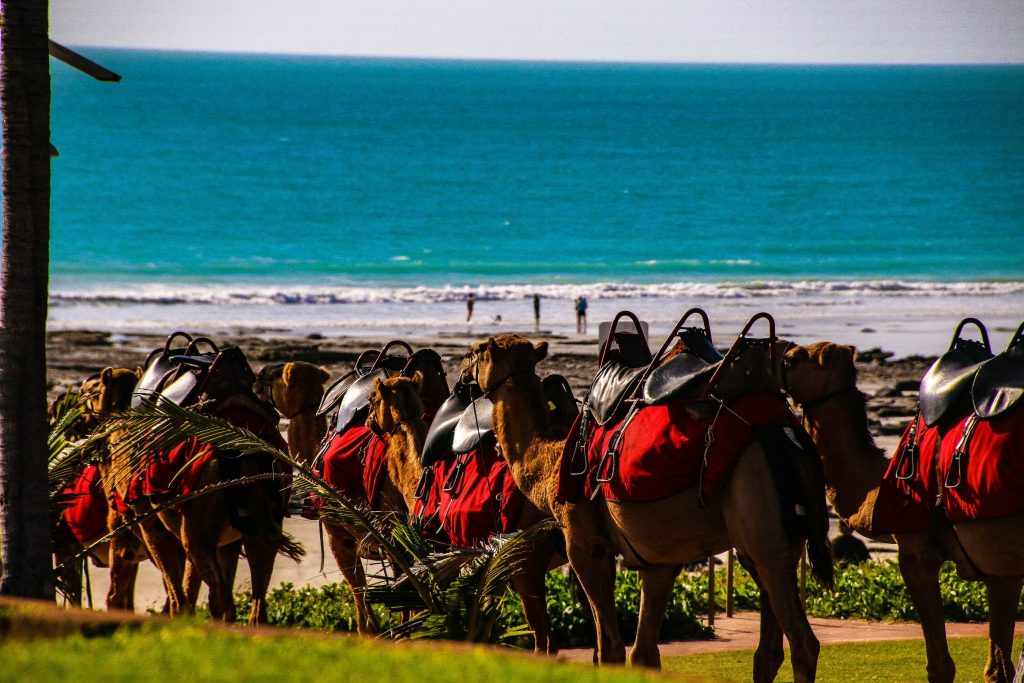 Every evening at Cable Beach camels amass on the sands to take tourists up and down the beach on ‘safaris’. 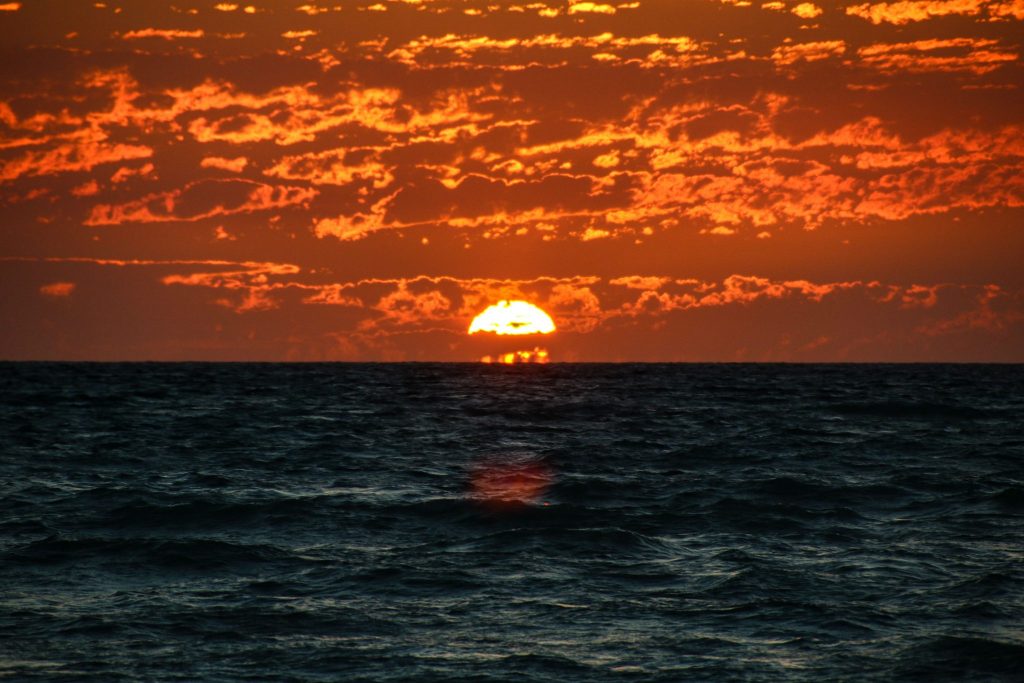 The sun sets out to sea, making Cable Beach the prime spot in Broome for a sundowner. 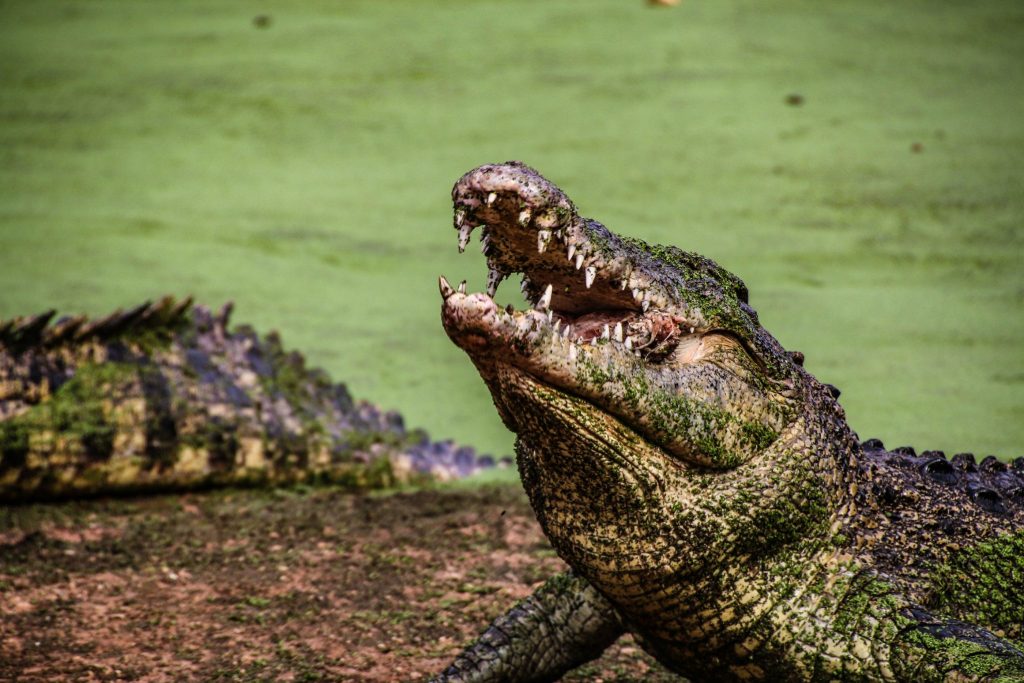 No, these crocodiles aren’t on the beach! Although occasionally there are a few salties spotted cruising up and down the coast- it’s a rare occurrence though. These crocs are at the Malcolm Douglas Crocodile Park, a refuge for reptiles and animals from across Australia. Malcolm Douglas, a real life Crocodile Dundee character, has been saving crocs for years, and as such, they tend to keep the dangerous, troublesome ones here at the refuge, rather than having them shot. Of course, they have a touristy ‘Feeding Frenzy’ everyday to bring in the crowds, but the informative tour guides make a trip here educational as well as gruesome. 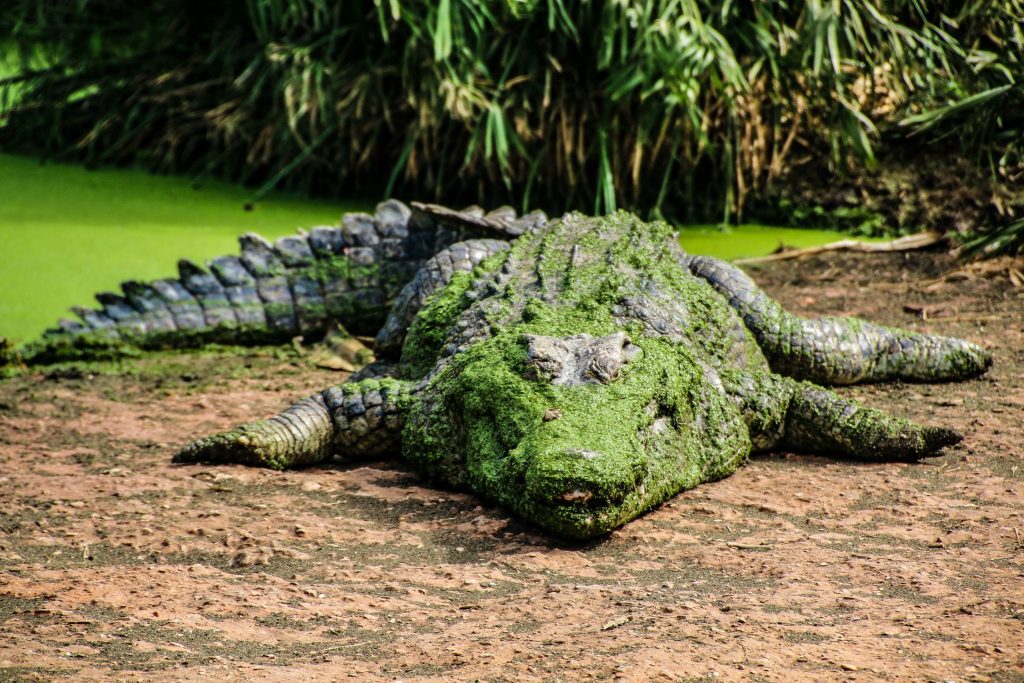 While it might be labelled a refuge, visitors should be aware that the crocodile park is also a crocodile farm. Many of these salt water beasts are bred in captivity specifically for their skins, but the proceeds from this are put back into helping save the wild crocodiles and for research. It’s a confusing situation I know. 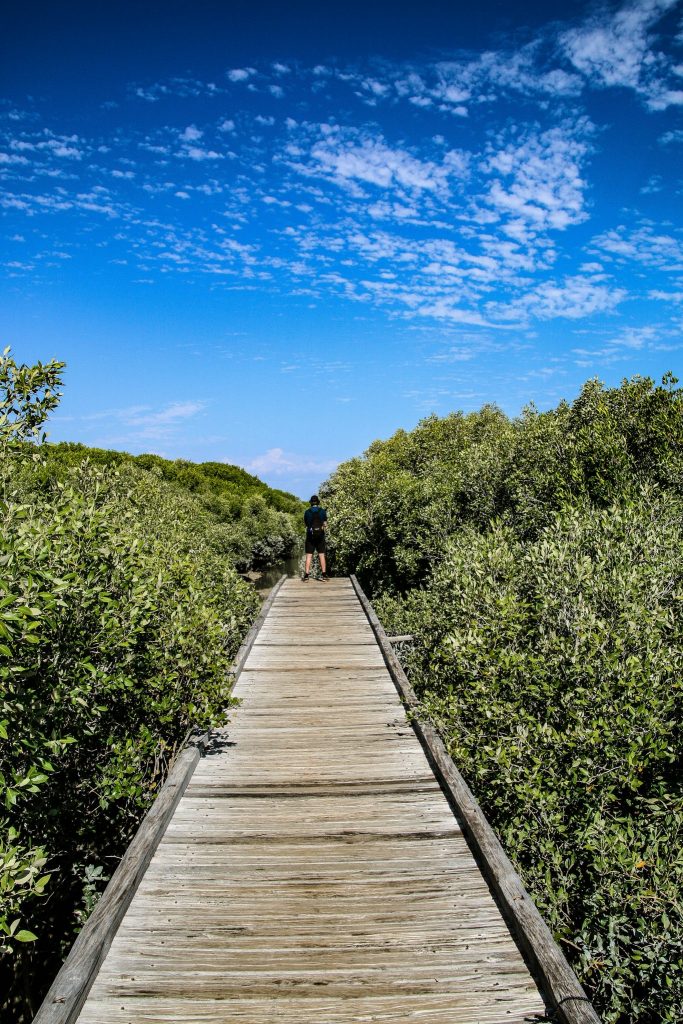 The coast around the town of Broome itself is covered in mangrove swamps. You might not want to visit right after watching the capabilities of a fully grown salt water crocodile, but at least on the spectacular wooden jetty near China Town you should be safe from any attacks…. hopefully… 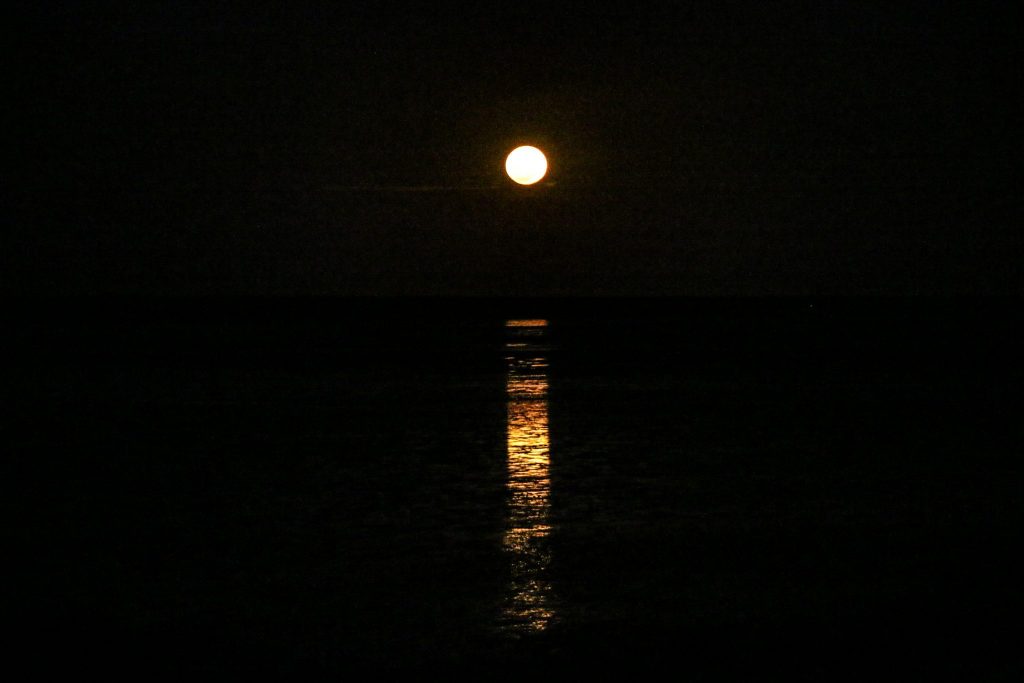 If you survive the crocodiles then head to Town Beach in Broome between March and October when you have the chance to see a rare natural phenomenon, The Staircase To The Moon. As the full moon rises over the mud flats by Broome, it shimmers off the surface in a rather spectacular fashion. 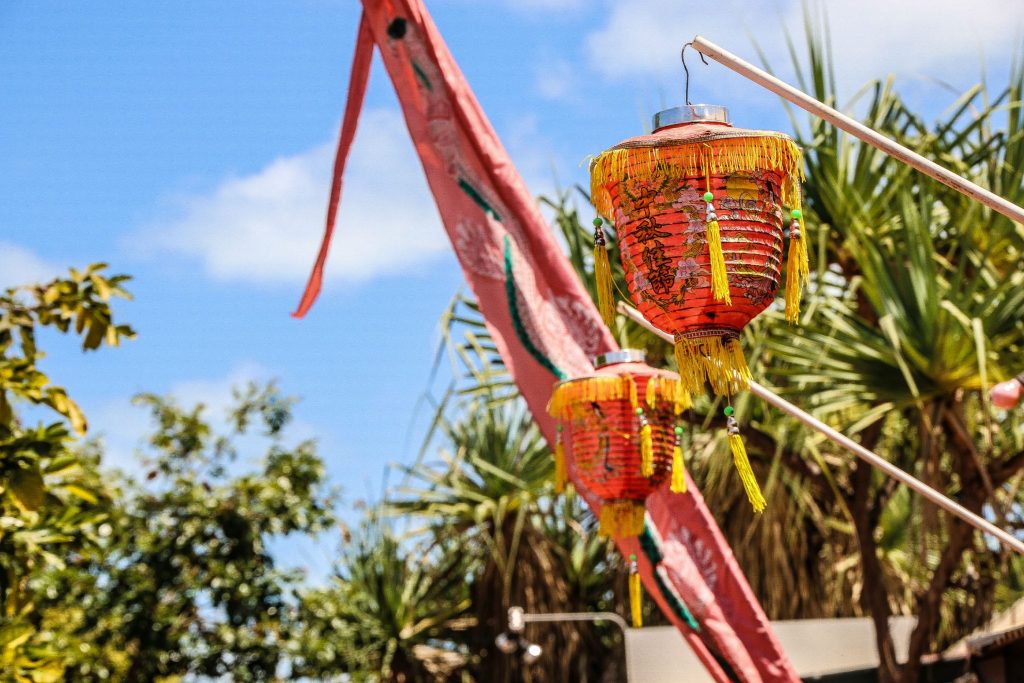 In Broome you’ll find a fusion of cultures, from Asian to European, there’s a real mix of food and lifestyles to be discovered that makes the town so unique in Western Australia. 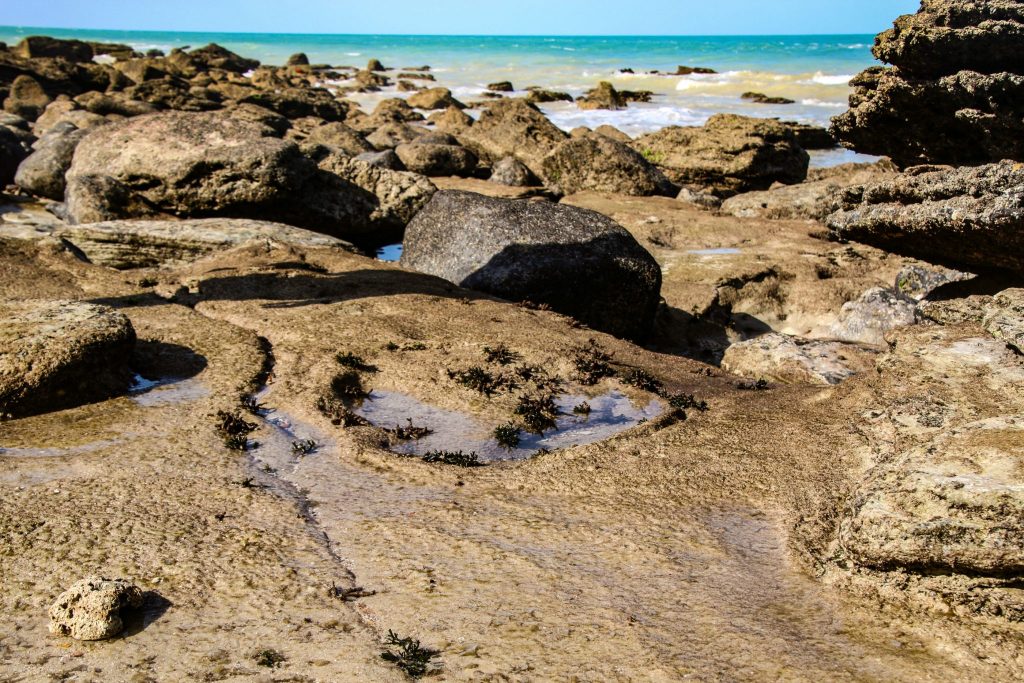 Before the crocodiles there were even more ancient creatures stalking the shores of Broome. At Gantheaume Point, when the tide is low, you can find dinosaur footprints from millennia ago stamped into the rock bed, the fossilised legacy of a time long ago. 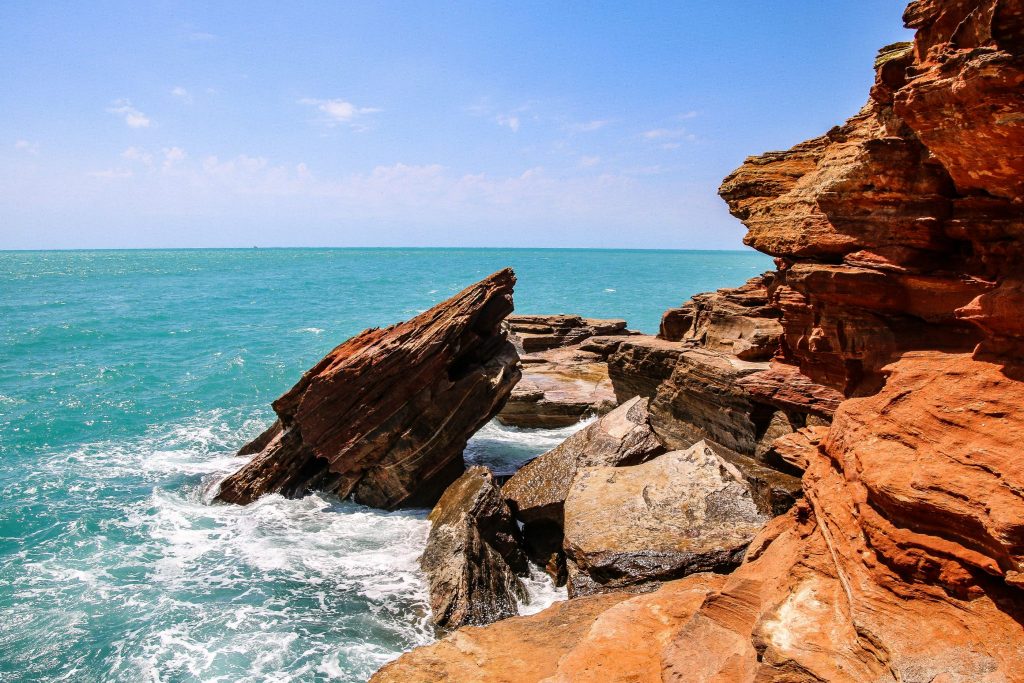 And at Gantheaume Point, when the tide is high the footprints are swallowed by the ocean, but the coastline is spectacular as the blue waters crash into the red rocks. 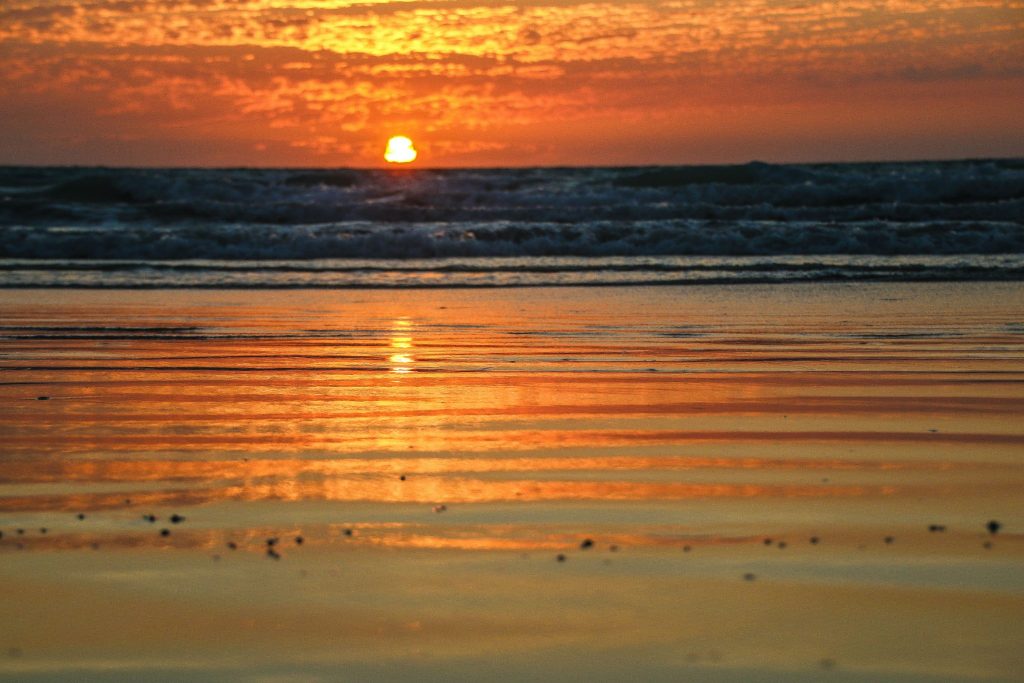 Always catch a sunset at Cable Beach before you check out of Broome.

Start planning your Australia travels with my guide to getting off the beaten track in Western Australia! Read more HERE!

Awesome Things To Do In Broome, Western Australia!