Iceland Off The Beaten Track 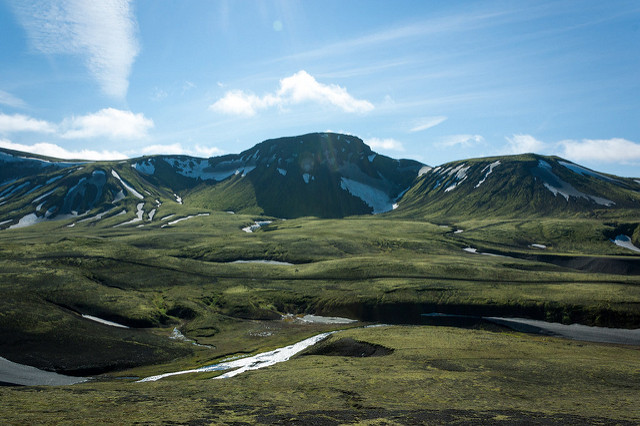 This is Iceland Off The Beaten Track

Today’s guest post is from James Wilson, an awesome blogger at Gotoawesomeplaces! He’s bringing you the best of Iceland off the beaten track!

As more and more people begin to realise that Iceland is not just a country full of ice (thank you, the internet), its tourism is benefiting as a consequence. I have been to Iceland twice already and I am definitely looking to go back in the coming winter months, especially as most people visit Iceland in the summer. There is so much left to explore!

This is why I am dedicating this piece to going off the beaten track in Iceland. Sometimes you want to find the best places to visit in Iceland, while at others, you just need to drop off the grid a little; so this one is for you, my fellow travellers.

Þórsmörk is the first stop on the list. Iceland is incredible for its scenery and I don’t think that any list can do it justice in the slightest. Þórsmörk however, has strangely been ignored. Sure, obviously some of the more accessible trails are frequented by the public, but it seems like travellers are still a little too conservative in their choices. 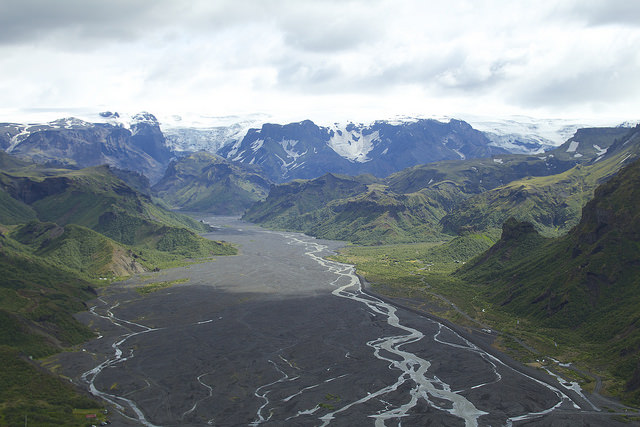 Þórsmörk is named after the Norse god Thor (commonly known as Thórsmörk) and the majesty of the area shows why. This is an incredible place for both day trips and week-long excursions, and I would personally prepare for each and every weather pattern, as typical with any mountain trail. 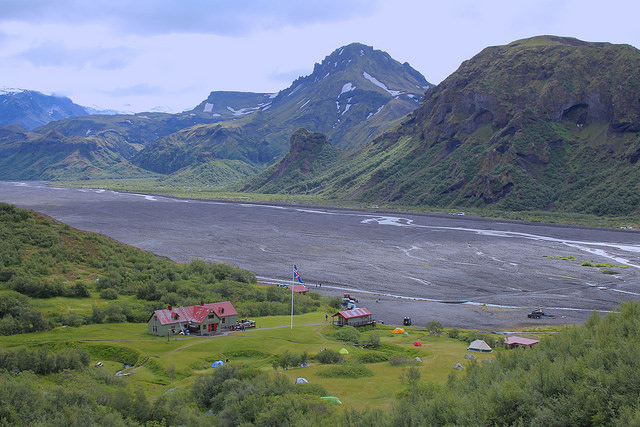 This is also much more connected than many of the wilderness trails, with coaches travelling from Reykjavik and many other Icelandic cities.

Vík í Mýrdal is arguably the furthest off the beaten track. This quaint little town had a population of approximately only 290 people back in 2011 and upon visiting late last year, I doubt that it has grown a lot, if at all! 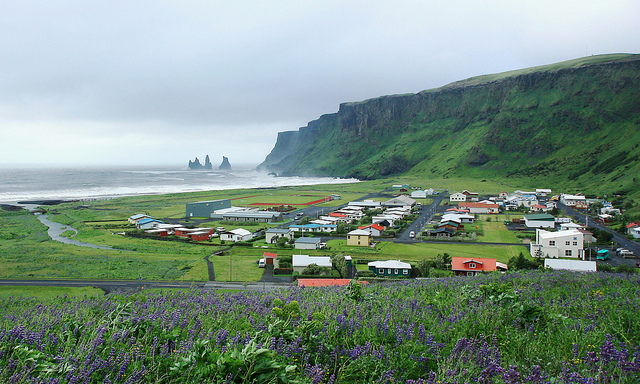 This, however, is despite having the best climate in all of Iceland, averaging temperatures of 5.3°C (one of the only places that have an average temperature of above zero). For this tiny little town however, it has a surprising number of hot spots for you to visit. It has a stunning stretch of black sand beach, as well as a bunch of waterfalls, mountains, and even a folk museum! 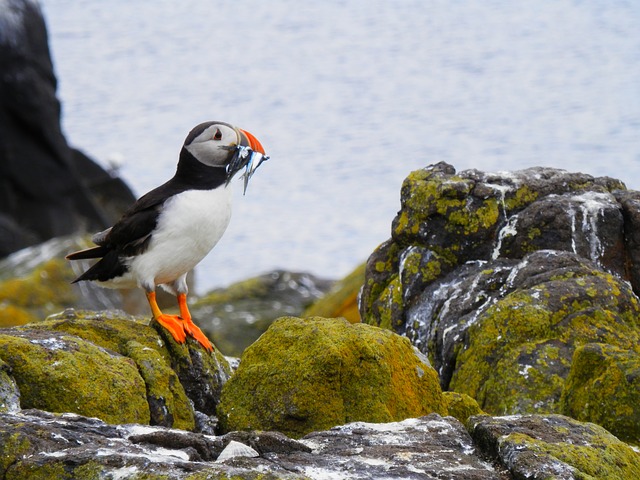 Vík í Mýrdal is also only of the few places in the world that still has a well-preserved puffin colony. As one of the most underdeveloped places left in Iceland, puffins are a refreshing sight for sore eyes. Sure, there may be much larger places to see these wonderful seabirds, but this is the perfect backdrop for it – a little town full of little birds.

The Blue Lagoon being the phenomenon that it is, it can be a little hard to look elsewhere for a relaxing hot soak. I would personally invite you to visit the Secret Lagoon. Introducing Laugafellslaug, arguably the most organic way of getting a little warmth into your tired body. 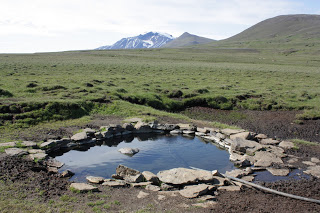 Laugafellslaug is a naturally heated pool… and that’s about it. It is located in between two of Iceland’s glaciers, and other than a few small huts and a small camping site, there is nothing else between you and nature.

Oh, and if you manage to arrive early enough, be sure to jump into Þórunnarlaug! This is a tiny, tiny hot pool right above Laugafellslaug, just large enough to fit one person, you! Just make sure to test the springs there, as some of the others may be too hot for human entry!

Speaking of glaciers, most people are all too happy to visit the larger ones, and then go on to brag about it. Snæfellsjökull is the smallest glacier in all of Iceland and probably one of the most important to visit right now. Its national park was the first to be set up in Iceland, yet despite all the efforts to preserve its sanctity, it is quickly melting away. 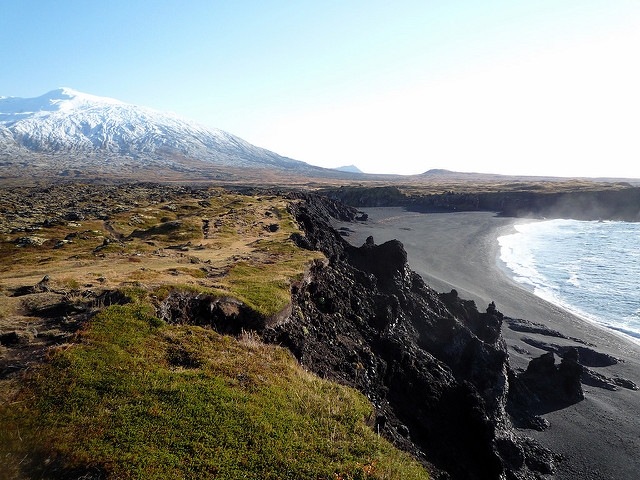 Snæfellsjökull was once said to be one of the seven great centres of energy on this earth. When I managed to visit, it was quite easy to get lost in its beauty, especially with it being the only national park that stretched from ocean to mountaintop. The little waterfalls perfectly compliment the golden beaches, and just driving along the narrow roads really gave me a sense of perspective.

Despite being the smallest glacier in Iceland, the mountain it is atop is commonly thought of as the tallest in the country. Trekking its length will bring you not only great satisfaction and joy but also an appreciation for the grand scale of things!

And that brings us all the way up to the Westfjords, a seemingly never ending maze of fjords. This may be an odd addition to the list, especially with how popular it seems to be, yet very few visit every year. This is entirely due to its proximity from civilization – it is almost six hours from Reykjavik, along some very rough, winding roads. 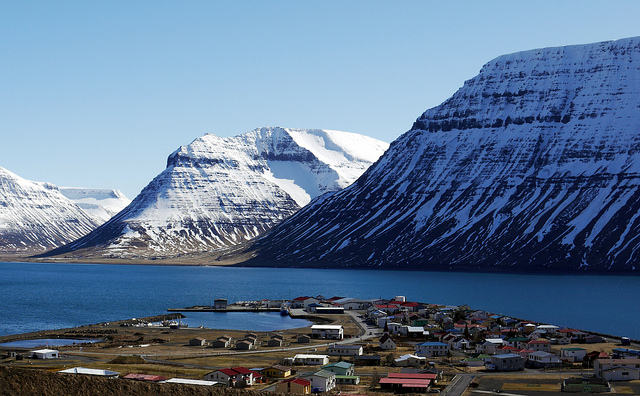 Survive the trip however, and you will be greeted with some of the greatest sights you will have ever seen. Marvel at the grand fjords, the tiny towns that call its banks home, and some of the most calming, yet eerie boat rides you would have ever been a part of. Snake through the endless valleys and you will finally find yourself truly off the beaten track.

Many come in the summer to Iceland, fewer in the winter. If you do possess an adventurous spirit however, I do encourage you to hop right onto the roads less taken. Iceland is a free country that is proud of its preservation of nature and should be experienced as such.

Get yourself off the beaten track and explore Iceland as was intended.

James is the founder of Gotoawesomeplaces, where he shares experiences about travel, destinations information, adventure… He was born in New York City and has been travelling since he was 19.