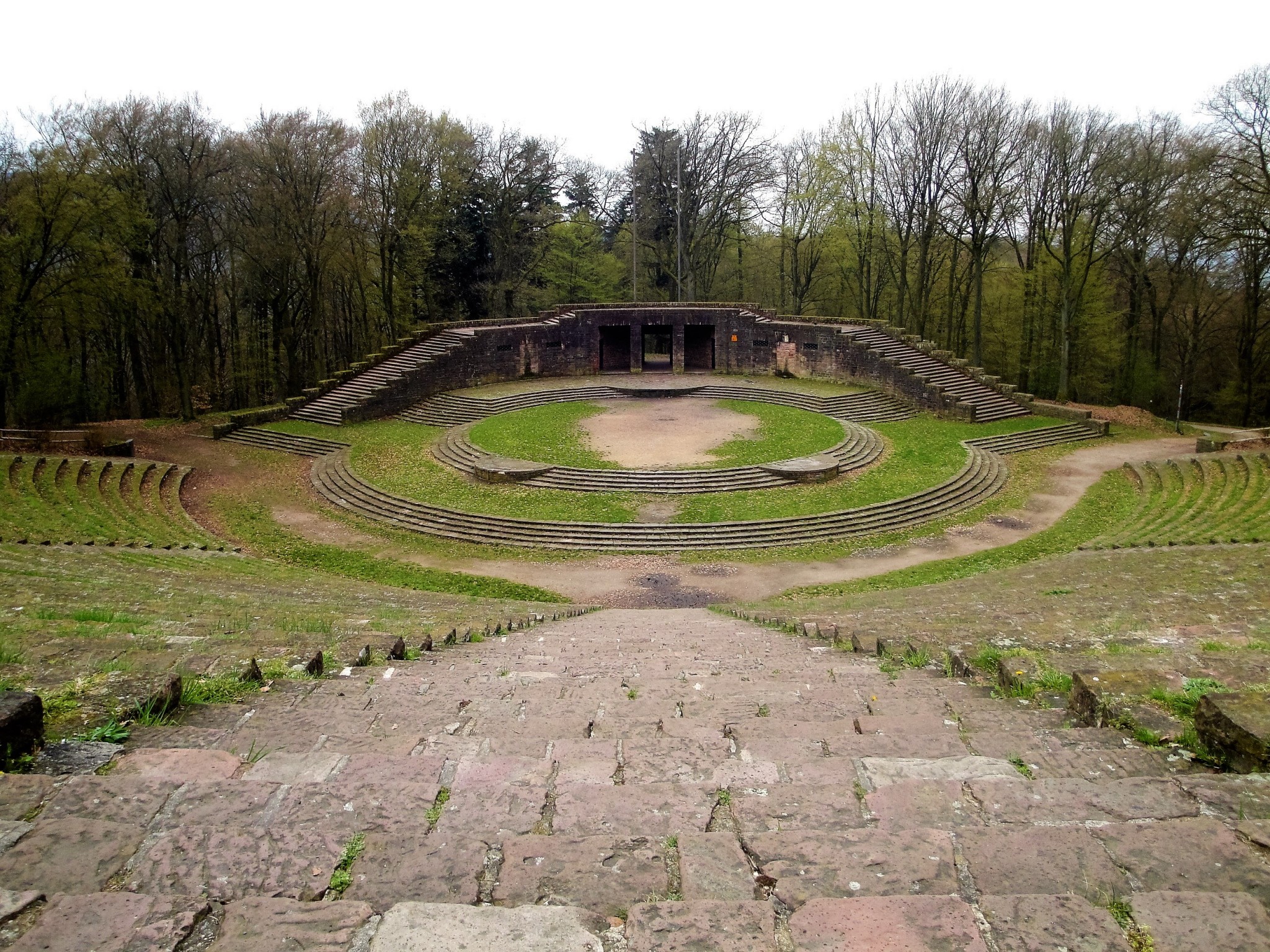 Heidelberg, the romantic German City with a dark history.

Today’s post is by the talented Marisa, The Traveling Story Girl! Her story is a tale of abandoned Nazi party theatres hidden above the German city of Heidelberg!

Heidelberg is a city that is firmly rooted in its romantic past. The city seems straight out of a fairy tale with famous visitors such as Mark Twain and Johann Wolfgang von Goethe. A 16th-century castle in ruins provides a picturesque background to its many tourists.

In many ways, it is all of that.

But this German city has a dark history that few tourists know about. 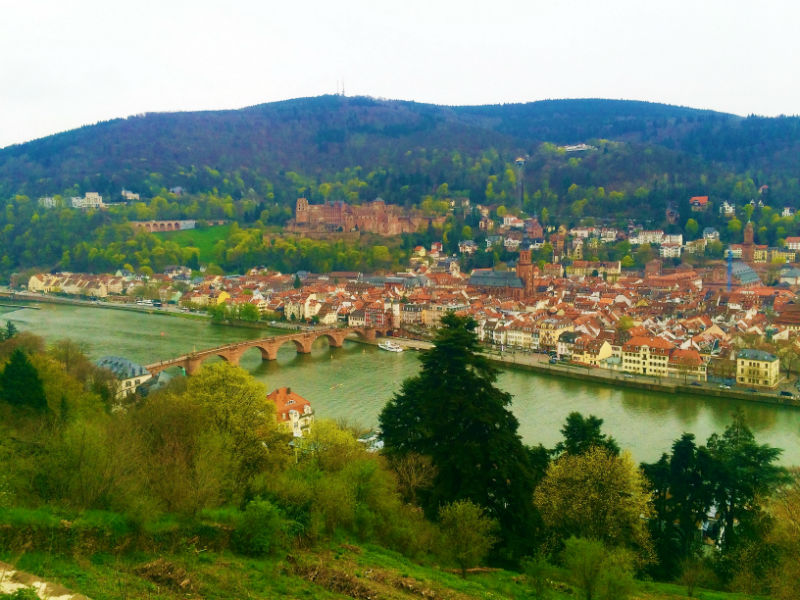 The city of Heidelberg from the Nazi Watchtower…

In the 1930s, as Hitler was rapidly ascending to power, the Nazi party planned to build nearly 400 open-air theatres across the nation. These were intended to host grand displays of propaganda for the German people. It was believed that these outdoor rally grounds would bring people together on a more local level as opposed to the large rallies of Nuremberg. However, only around 40 such theatres were built before the war began.

Heidelberg’s rally theatre was constructed in 1935 and designed to seat nearly 30,000. That came true in June of that year when Joseph Goebbels, the Reich Minister of Propaganda, spoke at the Heidelberg theatre. With his words, Goebbels immortalized the location by calling it ‘National Socialism in stone’, and compared it to the creation of the German autobahn. 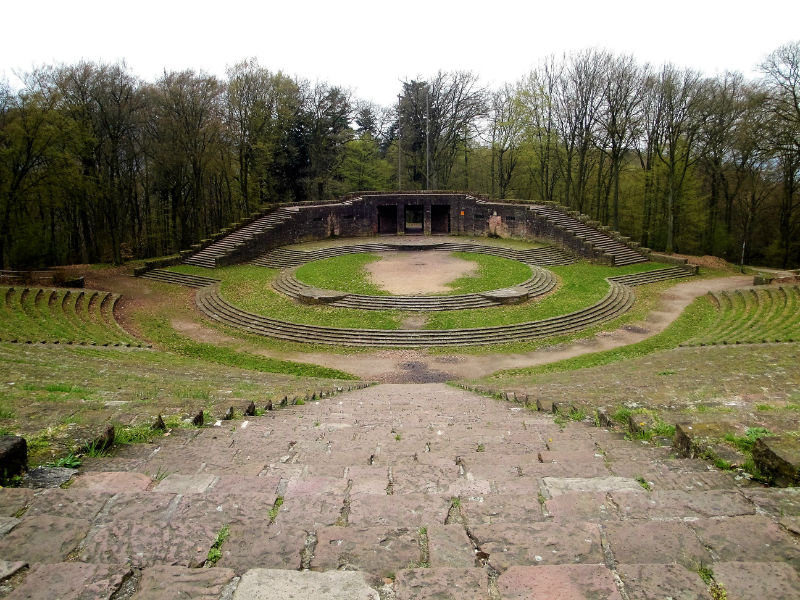 Yet after that fateful rally, the theatre became abandoned. A few revival projects tried to restore the theatre for use but the German people in Heidelberg wanted nothing to do with it. When World War II began, the theatre quickly fell into disuse and repair. There was only one road to the theatre and rainy conditions made it difficult to reach. Lack of use caused the surrounding nature to grow uninhibited. The trees soon obstructed the view of the city and cut off the theatre from civilization for good.

The city of Heidelberg claimed ownership of the property some years later and paved the road for easier access. They intended to hold concerts and services there after the war. However, the 1980s brought about an era of change. It was no longer an abandoned theatre where German teens traveled to for a night of uninterrupted drinking. A group of people began to hold ceremonies for ‘Walpurgisnacht‘, or ‘Witches Night’. Instead of swastikas and Hitler salutes, the theatre now lit up with burning torches and witchcraft.

Unfortunately, this association with witchcraft and black magic has deterred many locals from venturing up the steep hill to the theatre. With the history of Nazi Socialism and the current association of witchcraft, most Germans try to forget that the theatre even exists.

But as soon as I found out that there was a hidden Nazi theatre just up the hill from where I was living, I made it my mission to find it.

In Heidelberg, there is a famous hiking path called the Philosopher’s Way which snakes up the mountain. At the top of the path, there is a small dirt trail that is the most direct way to access the old theatre. I was unable to find the marked trail for a long way so I resorted to climbing straight up the mountain until I eventually came upon the correct trail. From that point on, I followed blue castles painted on trees until I saw the ruins in the distance. 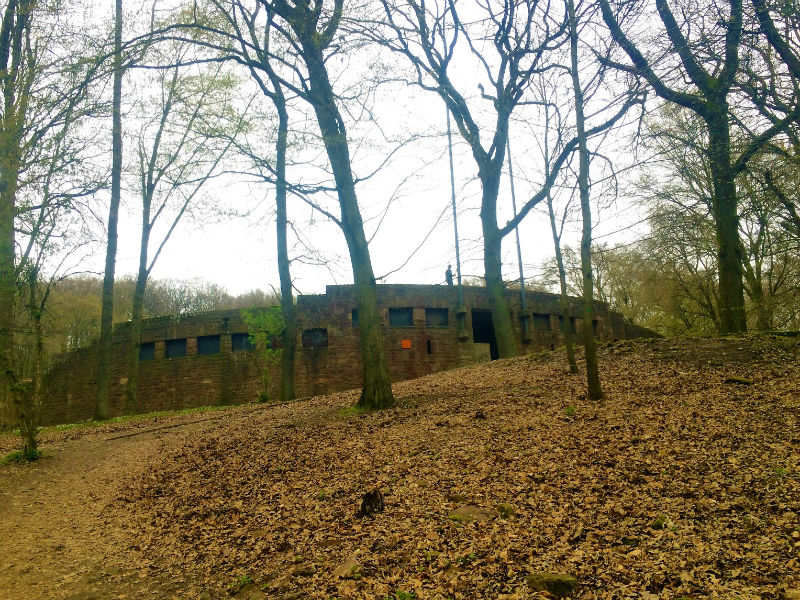 I cautiously stepped through the same doorway that Goebbels walked through 80 years before and stopped dead in my tracks. Green grass had reclaimed the theatre and was woven between every stone. The uneven steps stretched far up the mountain and my position front and centre stage made me feel as though I was ready to address a crowd of thousands. This was a feeling unlike any other I had ever experienced. I had no idea that such an immense theatre could be hidden so close to home.

The bleary April weather combined with morning rain created the perfect backdrop for me to explore the theatre. I hiked all the way to the top and watched the few other hikers walk around the complex. One man even rode his mountain bike straight down the stairs as though it was completely natural. I was perplexed at how some people thought this location was cursed, whereas others viewed it as a playground. 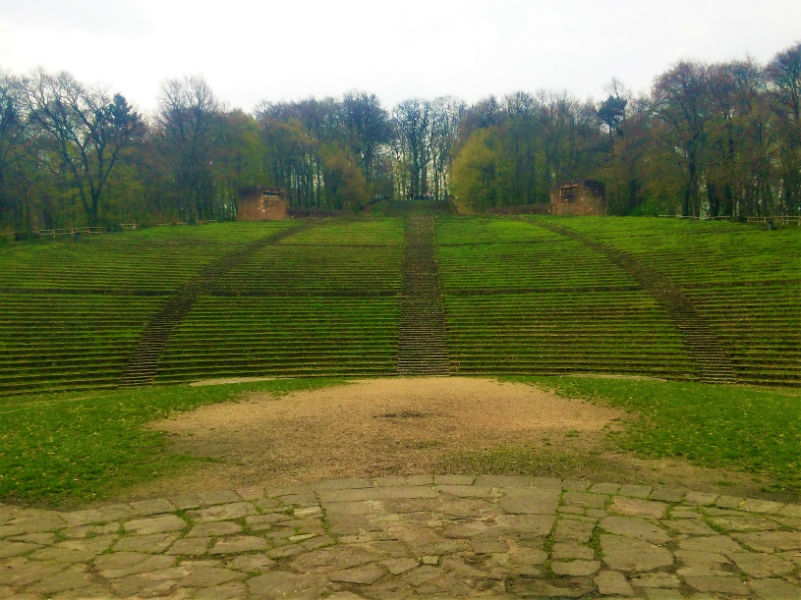 As the crowds began to dissipate throughout the afternoon, an eerie feeling began to settle over the area. I couldn’t quite debunk what exactly was causing that feeling. Maybe it was because we were alone in an old outdoor theatre as the sun was setting. Or maybe there was still some residual energy reverberating throughout the area from Goebbel’s captivating propaganda speech. Regardless, standing there surrounded by history is such an incredible feeling. You are able to visualize what happened there so many decades ago… and it makes you appreciate how life is no longer the same as it once was. 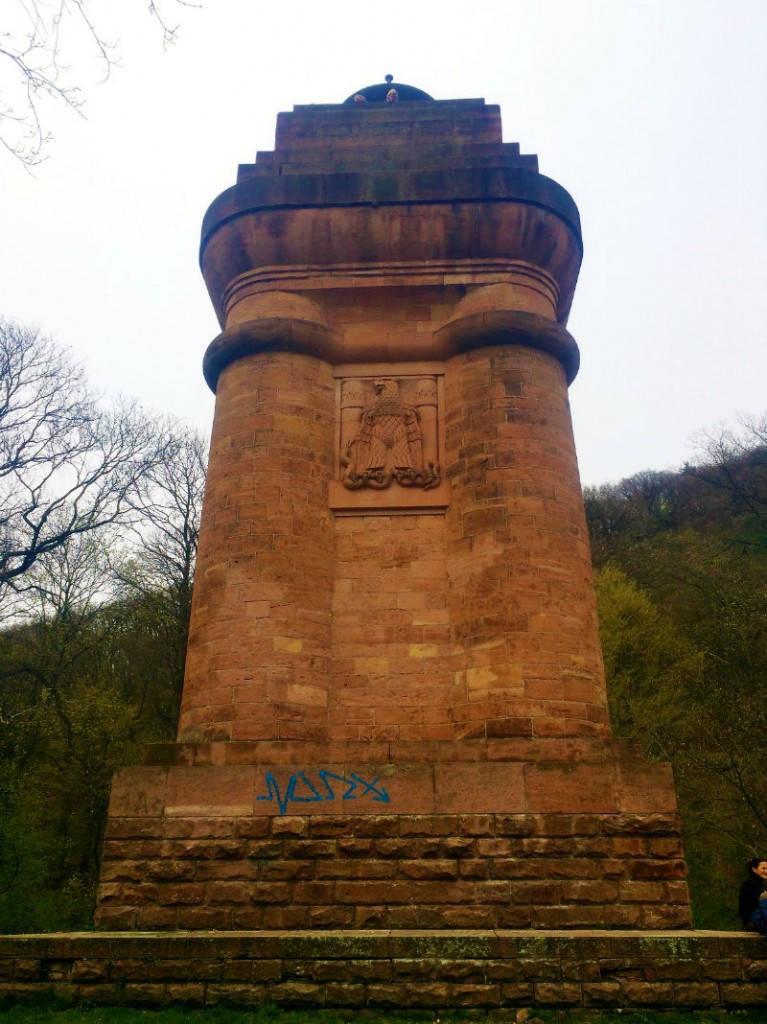 On the way back down the hill towards Heidelberg, a lone Nazi watchtower stands guard over the city. It is hidden from view while in the city but it boasts a commanding view over the castle. The door is usually open and you can even climb up to the top. From there, you can see the side of Heidelberg that most people see. Quaint, romantic, and beautiful. But high in the hills remains a dark part of Heidelberg’s past…but also a reminder to look forward to the future.

Photographs and Writing by Marisa Martin

Marisa is a young journalism student who has lived in Germany and recently moved to Malibu, California. She’s traveled to all 50 U.S. states and has visited 35 nations around the world. She enjoys venturing down the road less traveled and seeing the less-known side of history. You can find her blog, The Traveling Story Girl, HERE!