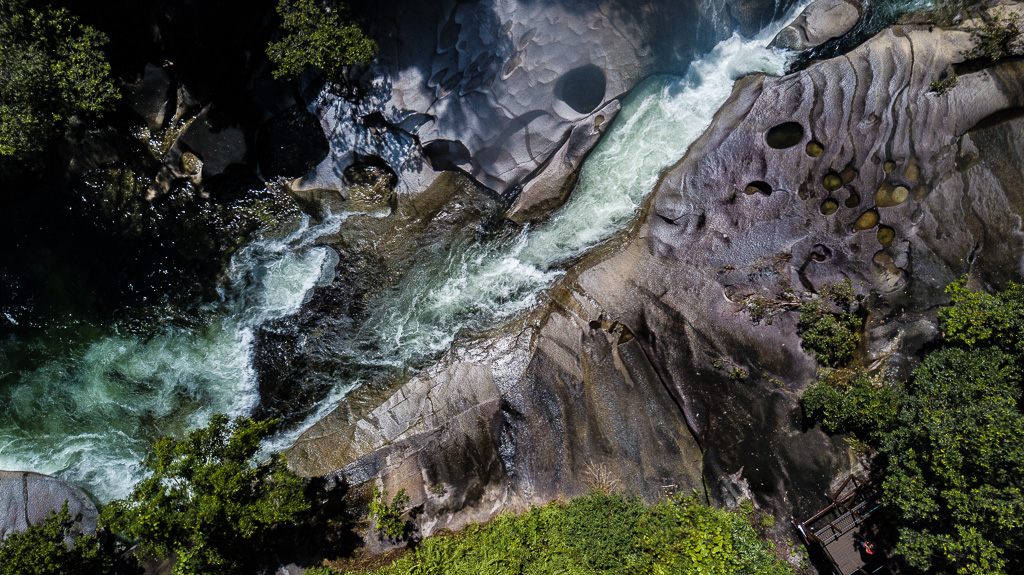 During my epic journey along Australia’s East Coast I uncovered awesome, scenic places each and every day of my road trip, but even in this land of outdoor plenty, certain places have still absolutely astounded me more than others- Far North Queensland’s epic Babinda Boulders is one of these astounding natural spots!

The Babinda Boulders are literally what the name would suggest. They are giant boulders. And, to describe these boulders simply, they are just epic… 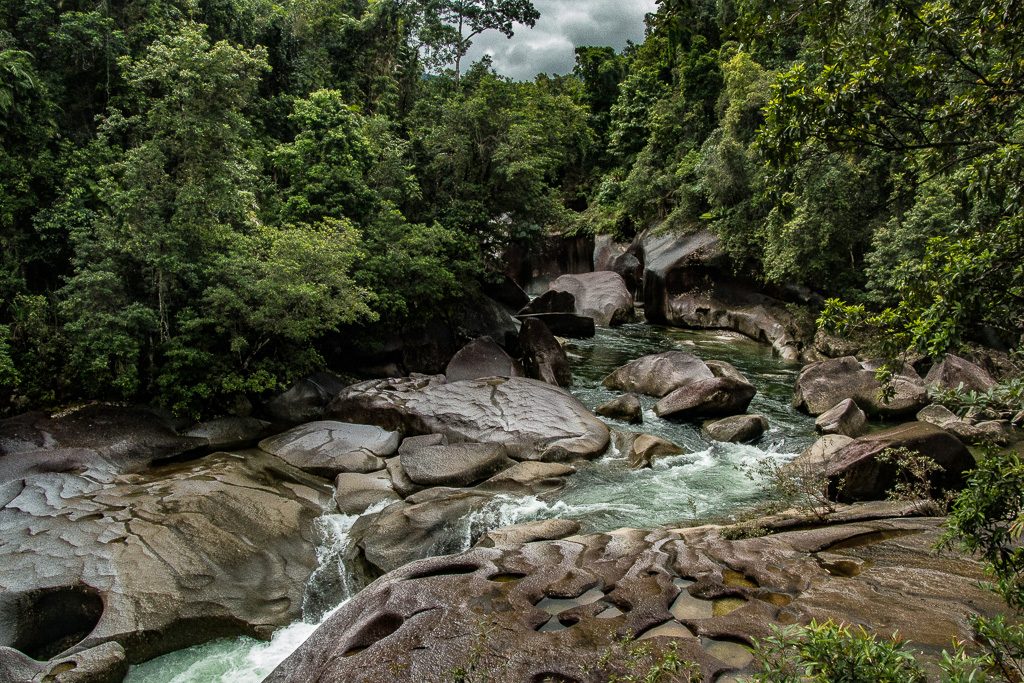 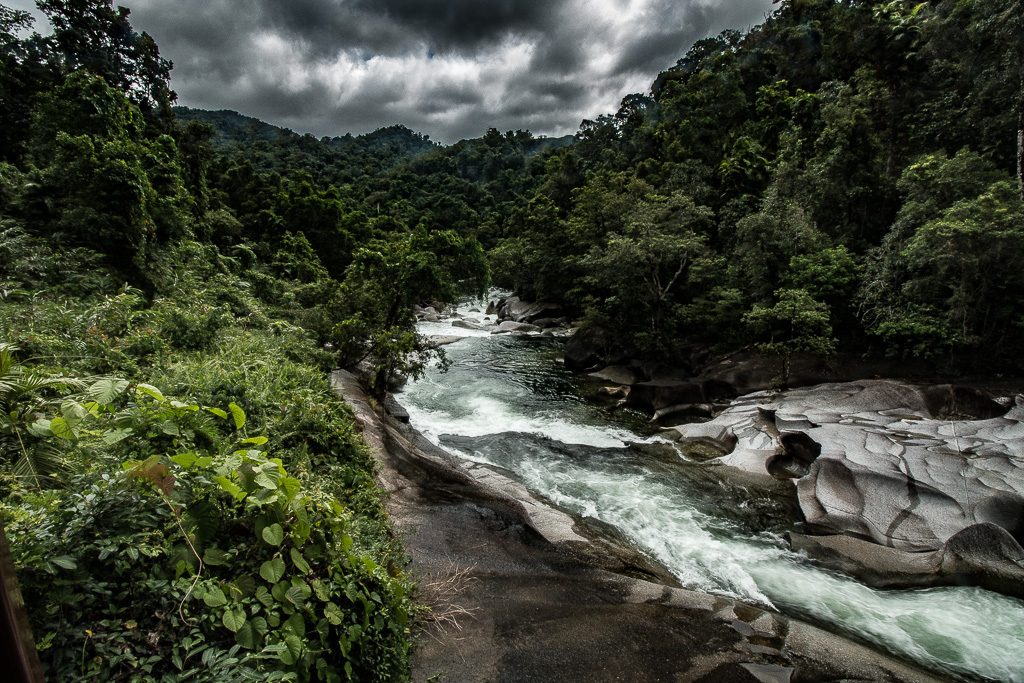 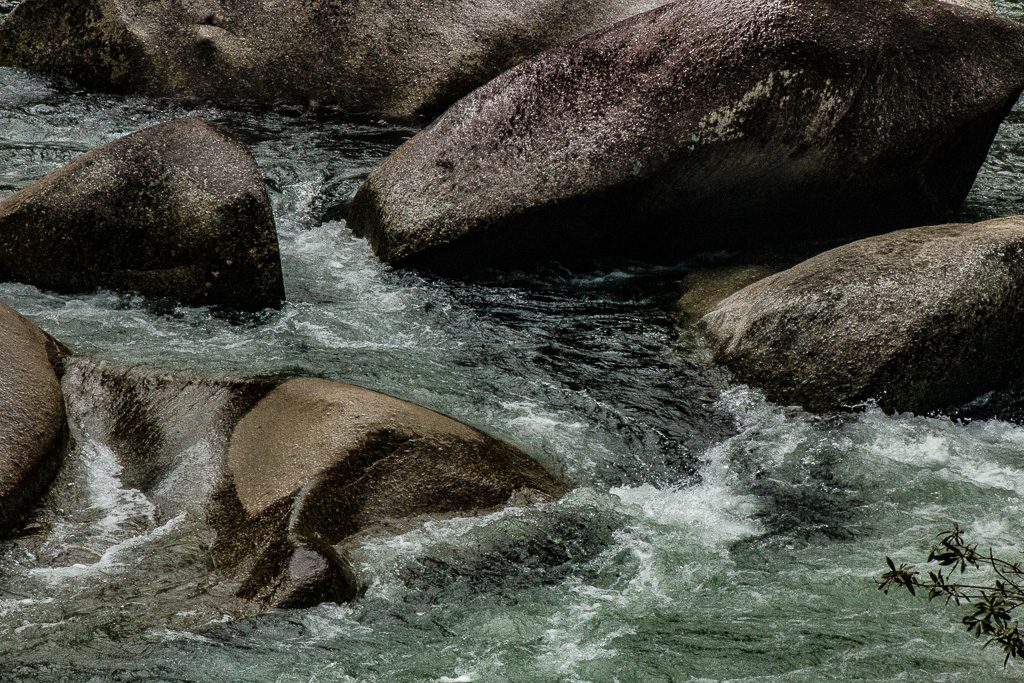 The Babinda Boulders are literally off the beaten track. They are found off the main highway just south of the city of Cairns, outside of the town of Babinda and at the end of a rural road which passes between sugar cane fields and under the shadow of Queensland’s tallest mountain, Bartle Frere. Where the road ends, that’s where the boulders begin. 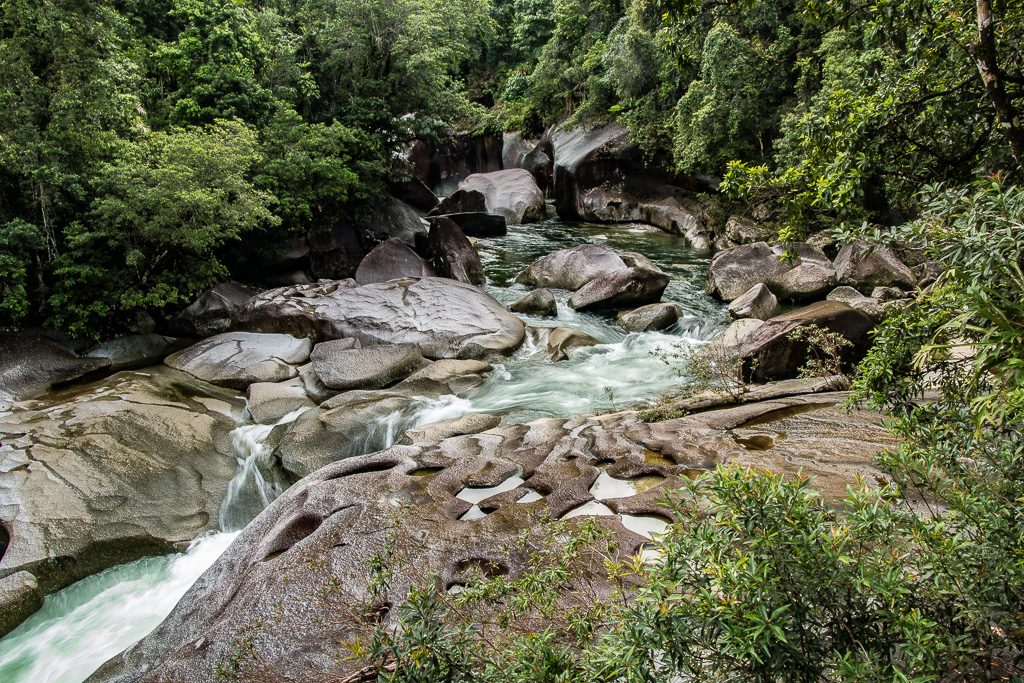 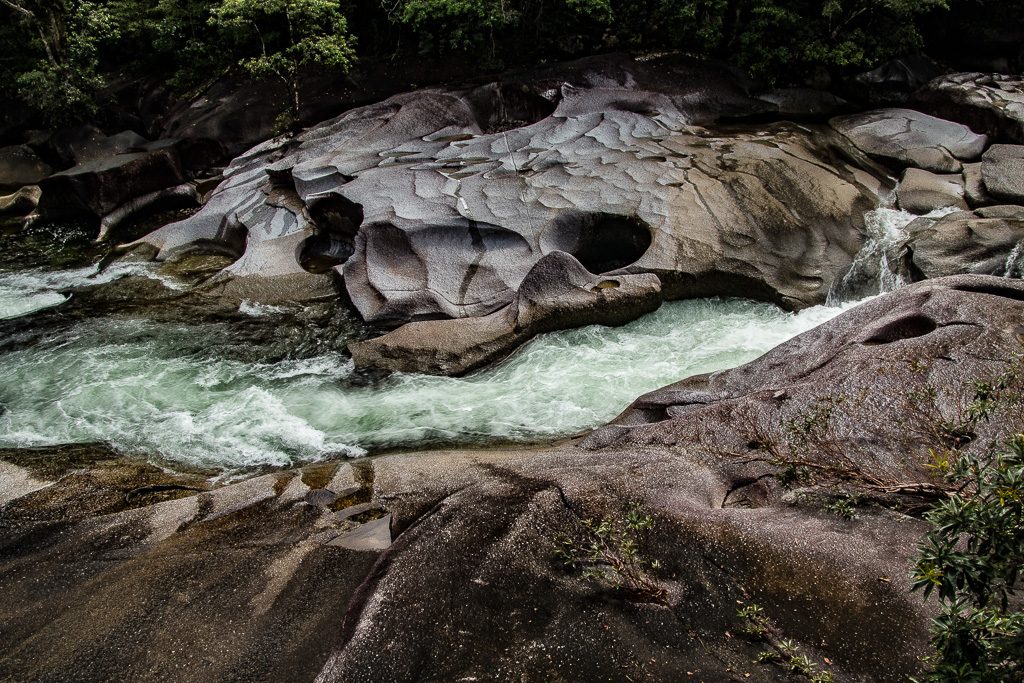 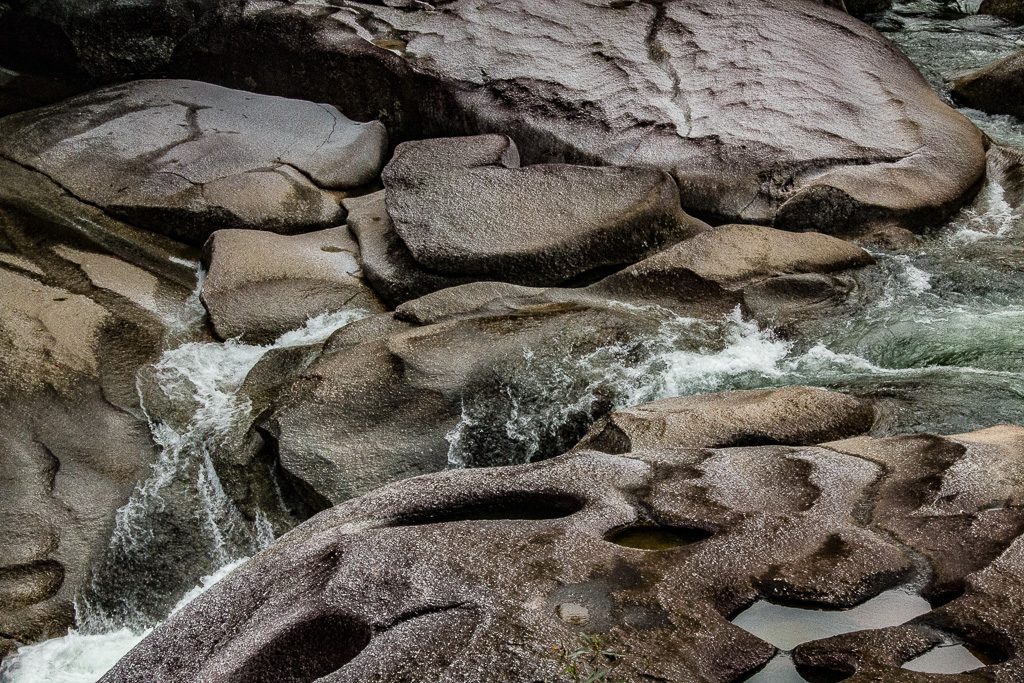 The large boulders that give the area its name are dissected by the Babinda Creek which rushes down from the higher mountains above and has over millennia smoothed and formed this site into the area of epic natural beauty that it is today.

The road in leads directly to the swimming area, where clear green water trickles over the flat creek bed. This is the only real safe area for swimming, and as the water flows downstream it picks up speed and crashes over the large boulders further along. 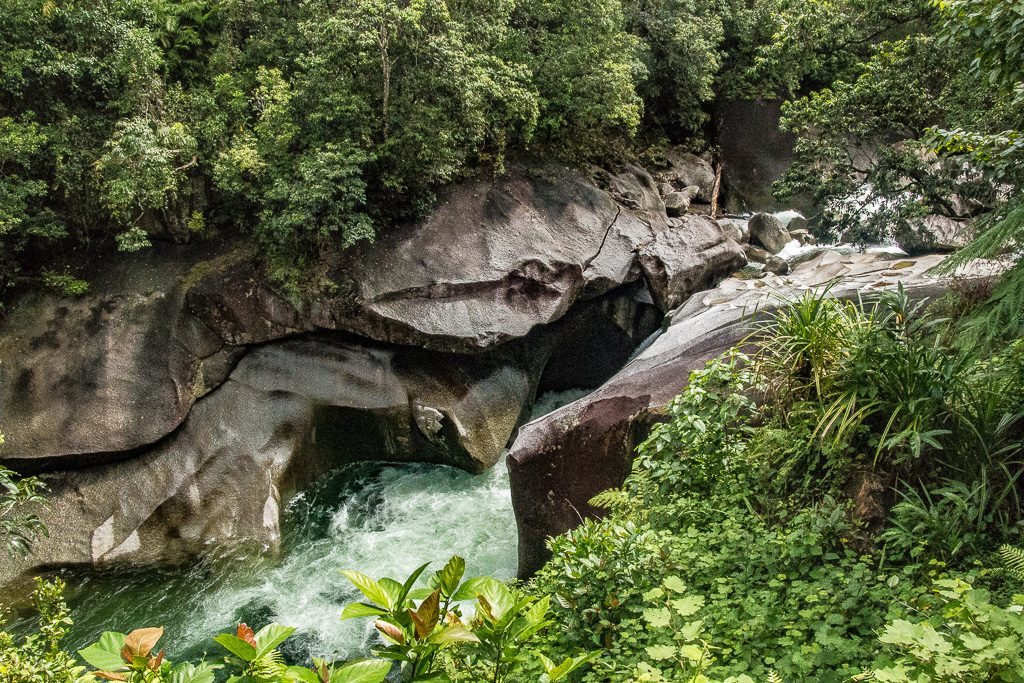 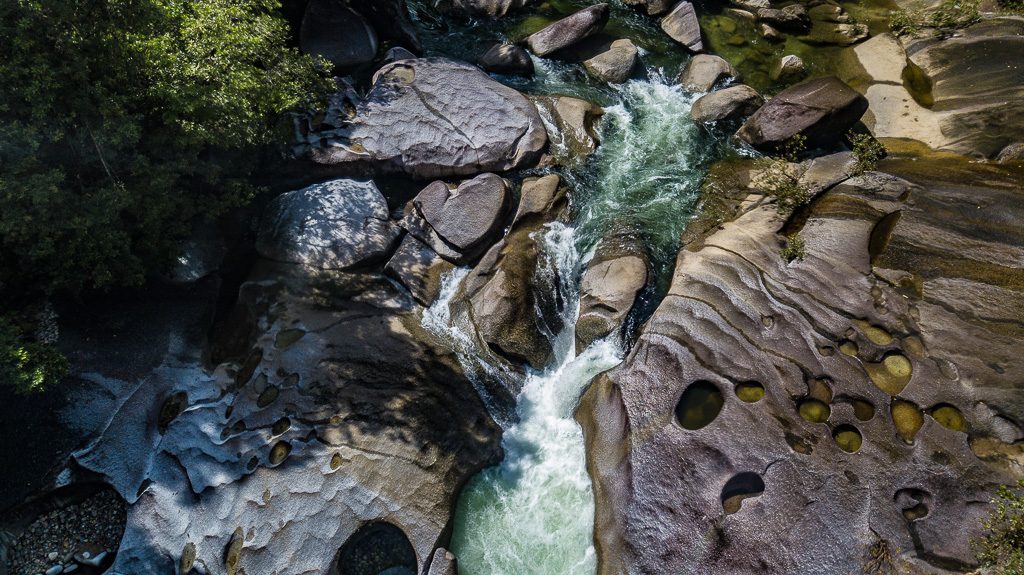 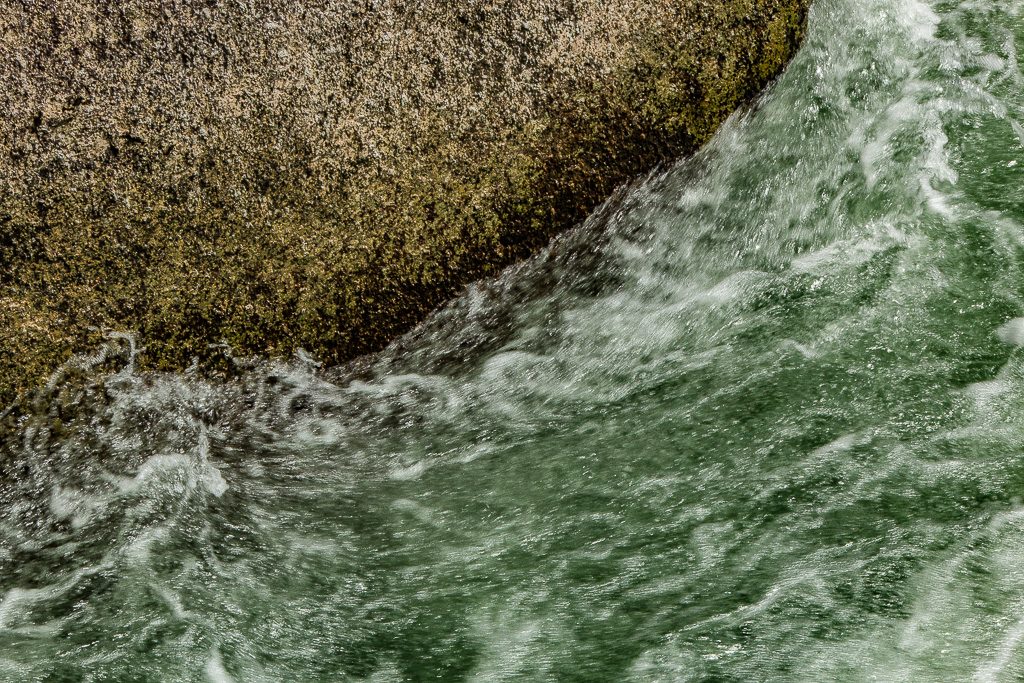 The water here is cold and clear. It’s a beautifully refreshing spot for a swim and the perfect respite from the hot, humid and sticky tropical climate that clings to you in this part of Australia.

The Babinda Boulders are also known locally as the Devil’s Pool. The water in places is a raging torrent, the boulders are slippy and solid, and when there’s been heavy rain the waterways further up the mountains can burst unpredictably sending flash floods hurtling down the slopes. 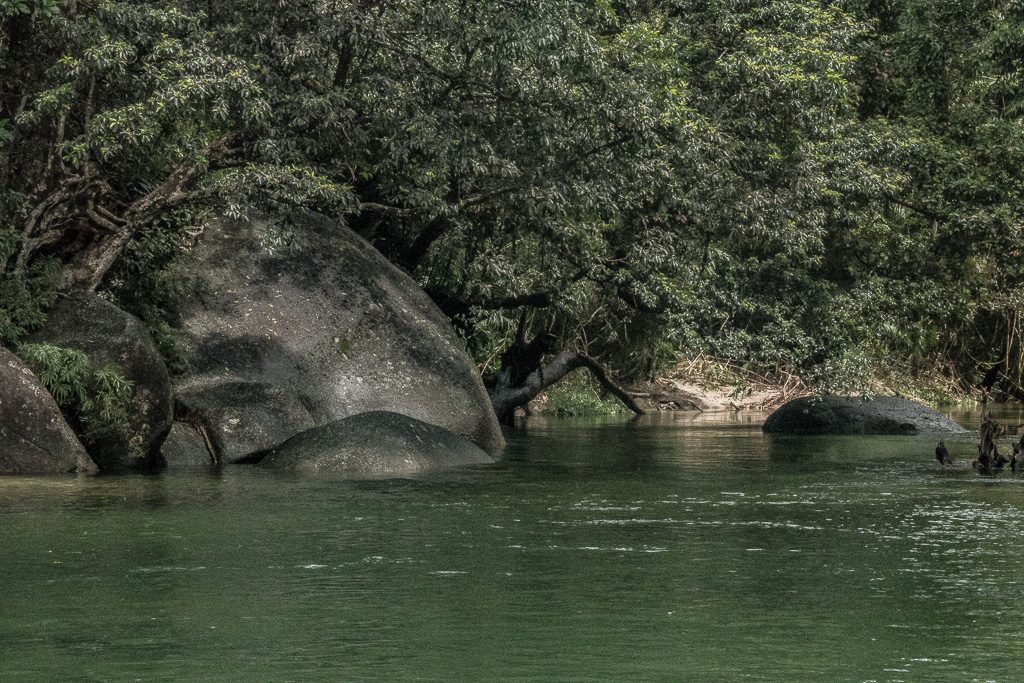 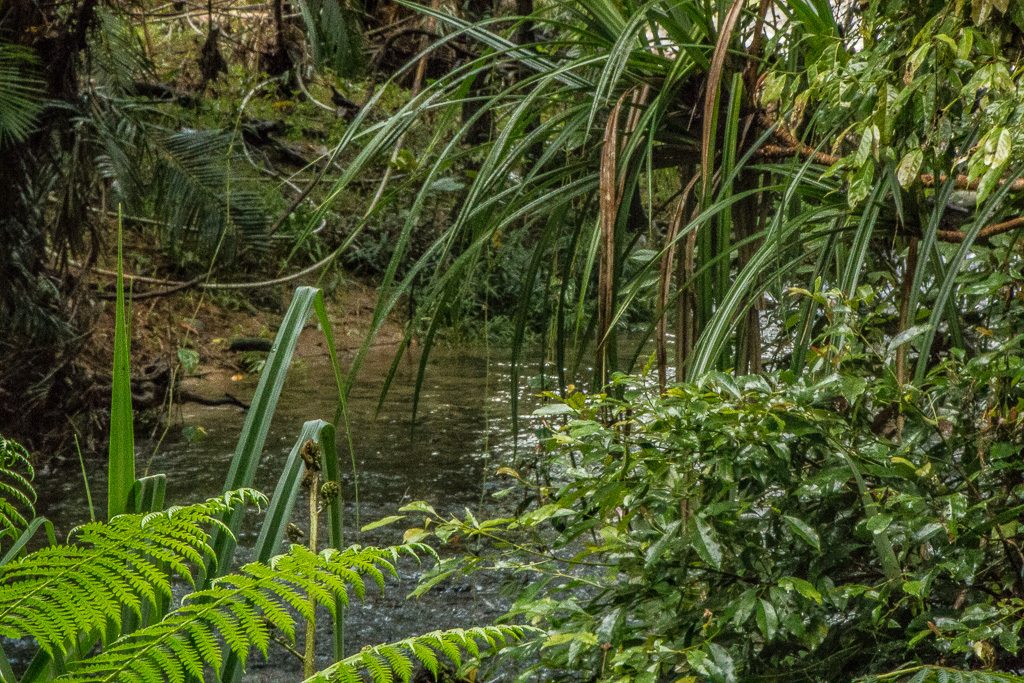 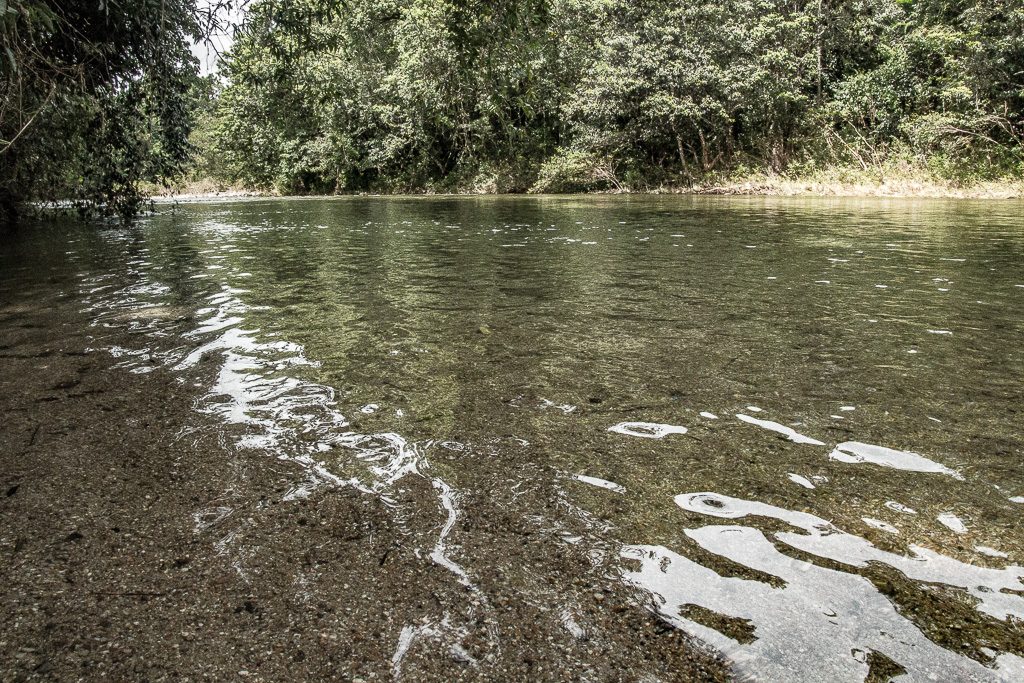 Lives have been lost in this Devil’s Pool and plaques around the area commemorate those that never left the boulders. 17 people have been killed at the rocks since the 1950’s, and for the reckless or unfortunate it can be a perilous place.

Individual boulders are dotted along the wide creek bed, rising startlingly out of the clear, green water and further downstream from the swimming area, in the danger zone, the Babinda Boulders are absolutely spectacular to see. 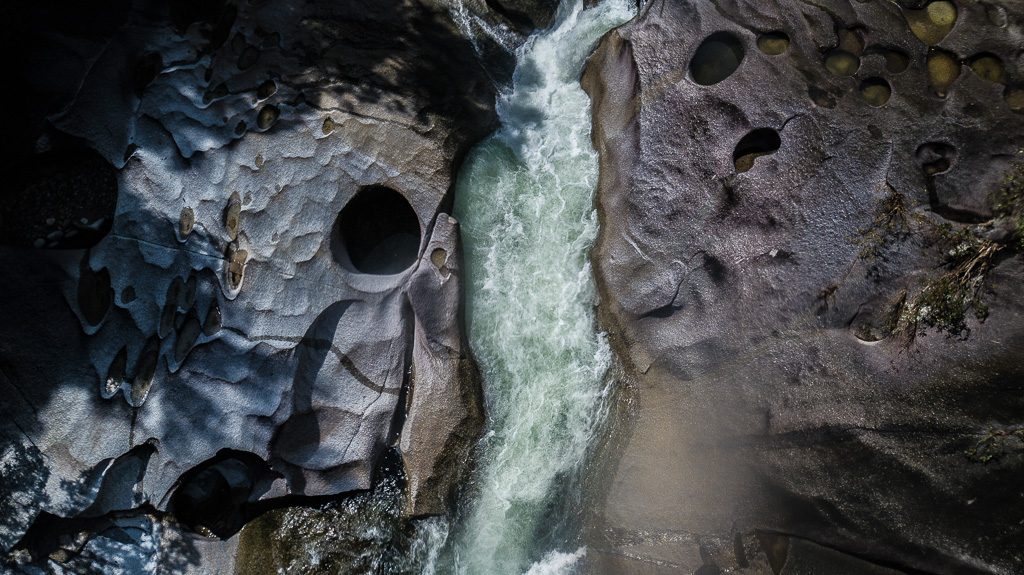 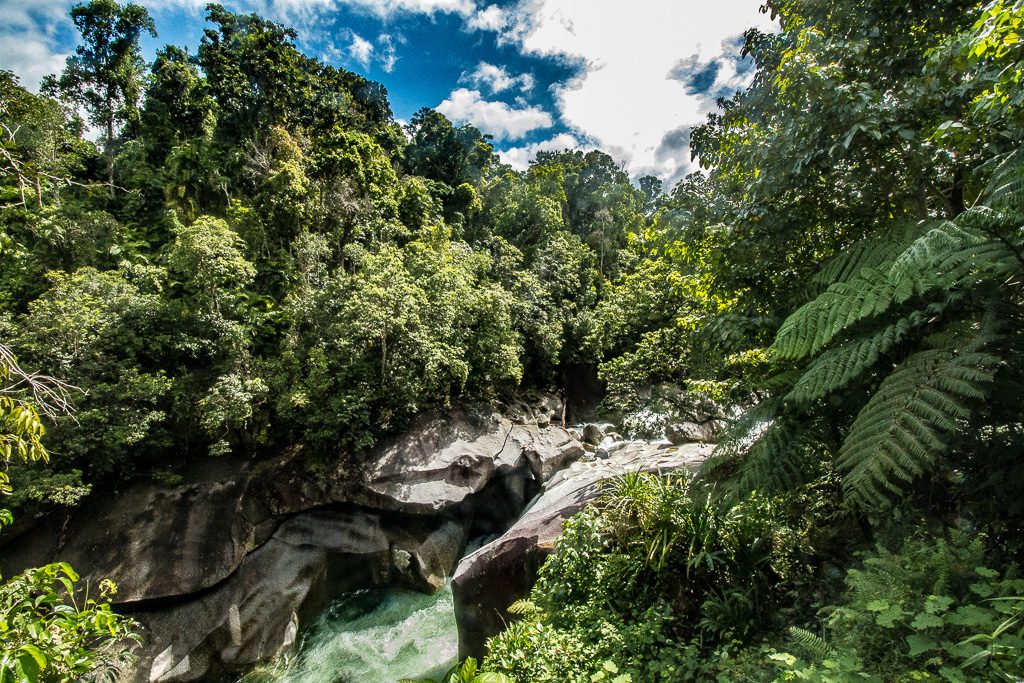 A walking track runs from the swimming area through the rainforest that surrounds the creek, leading to a raised viewing platform that gives awesome views out over the Badinda Boulders and the mountains. The viewing platform is also the perfect Drone launch area.

Babinda is one of the rainiest areas in Australia, and when I visited at the end of March, heavy, heavy rains from a passing cyclone had turned the water into a powerful, fast torrent that crashed over the boulders. Even just a few days earlier, the roads in had been completely inundated with floodwater, a real demonstration of how quickly and drastically the weather can change in the wild and tropical land that is Far North Queensland. 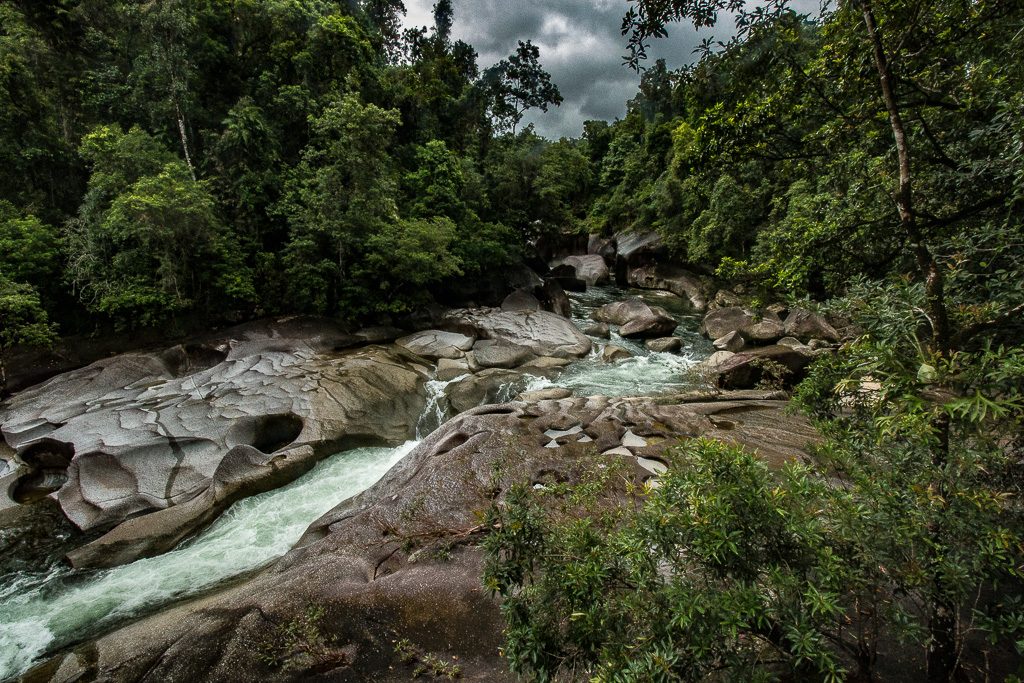 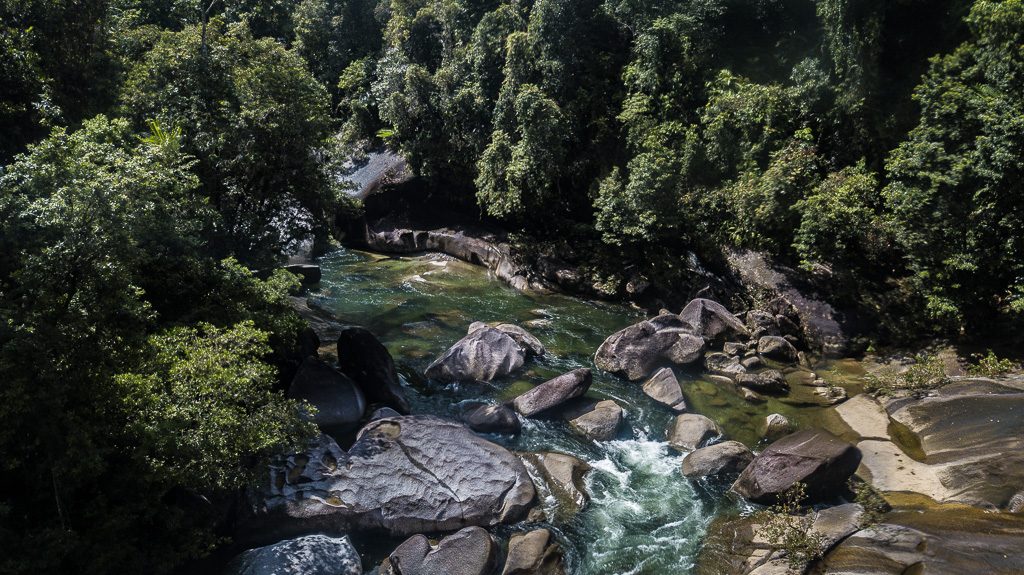 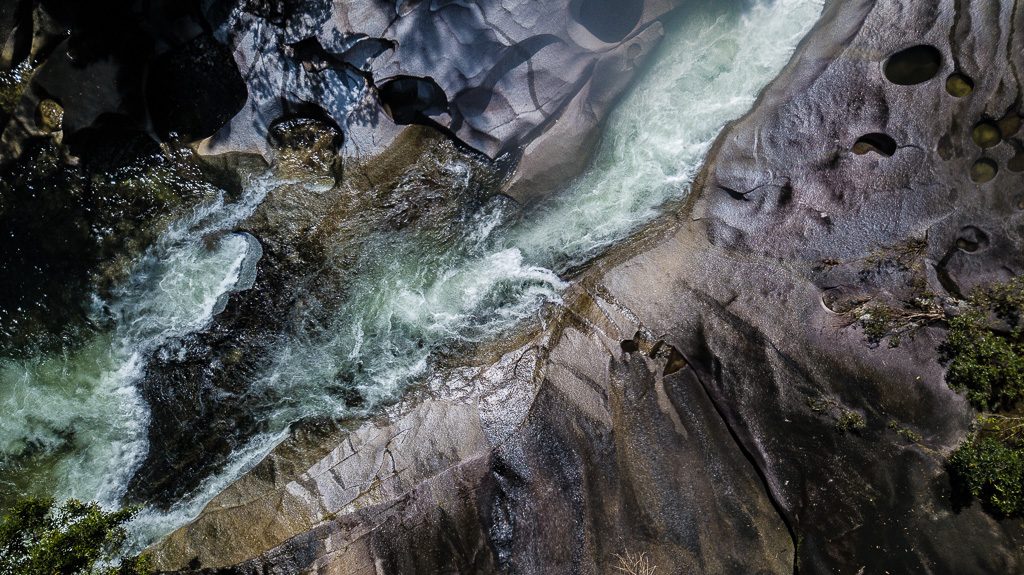 The giant boulders below the viewing platform are where the lives have been lost in the past, and it is easy to see exactly how that could befall people venturing down onto the slippery rocks below.

Australians even label this one of the most haunted places in the country while local Aboriginal legend says that death even created the boulders themselves. A broken hearted woman flung herself into Devil’s Pool when her lover was forced to leave her, her anguish and cries then violently formed the boulders we see there today. The boulders are hardly haunted or cursed though, but like much of Australia’s wild outdoors, disrespect the spectacular scenery and it can come back to haunt you in a deadly way. 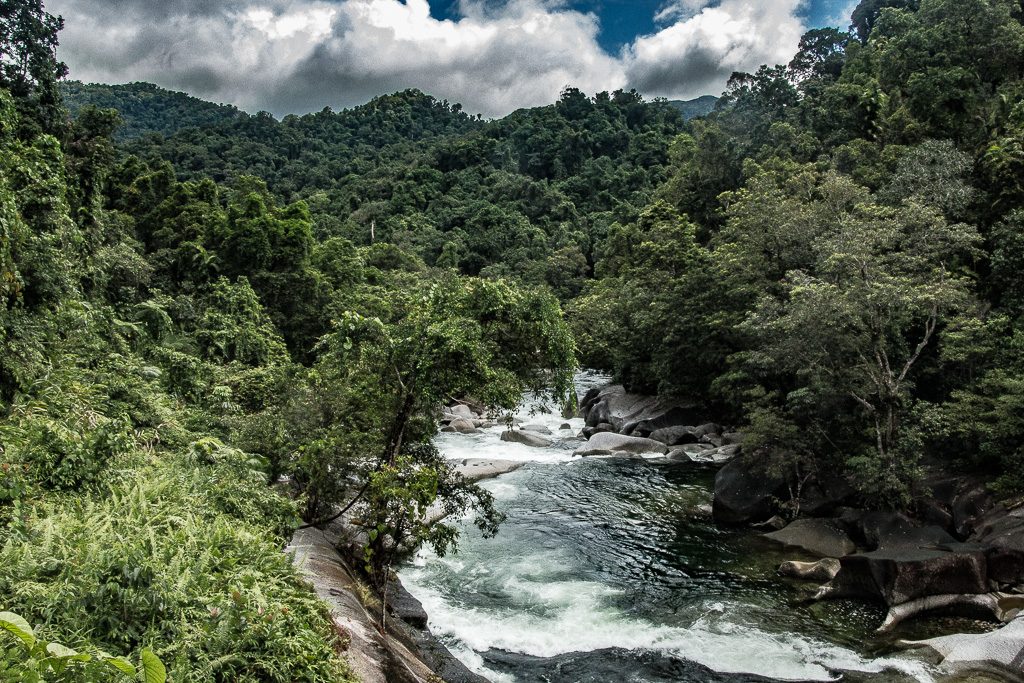 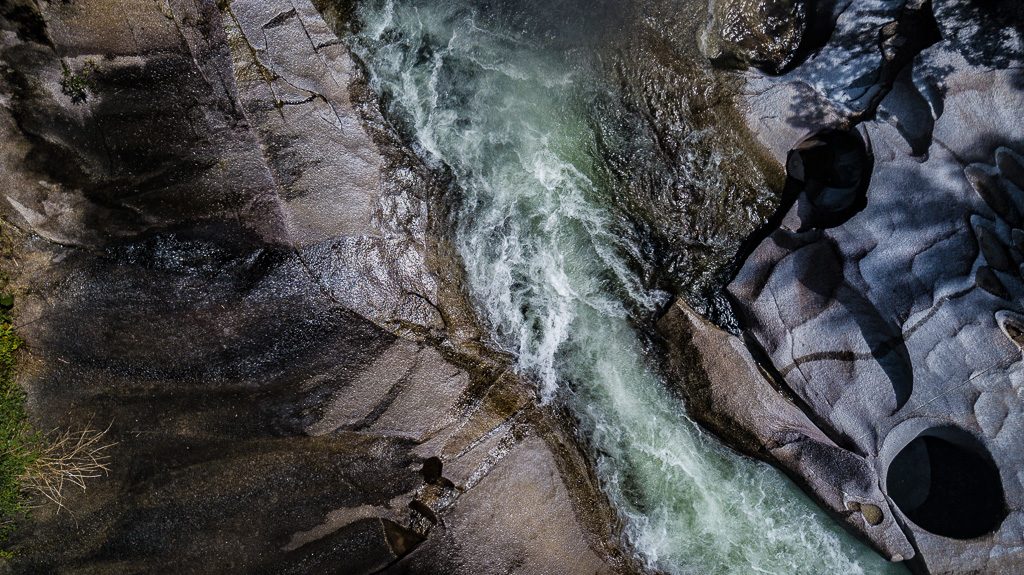 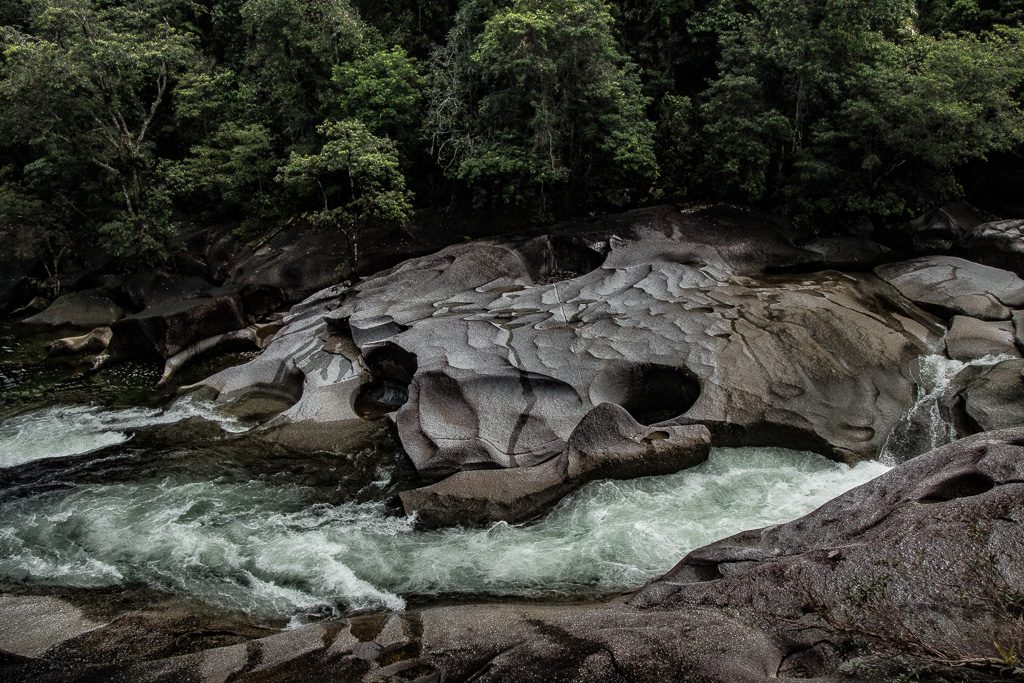 The Babinda Boulders are an absolutely spectacular find, and while the area can get busy with locals on holidays and weekends, even then- I visited on Easter Weekend- it’s never too busy. Tourism is rocketing in Cairns, just up the highway, and visitors flock to the reef to snorkel and swim here. But somehow, this stunning area just south of the city has managed to remain quiet and unspoiled by any sort of mass tourism. For the moment at least, the Babinda Boulders are an awesome opportunity to get away from Cairns, and to get a little off the beaten track in Far North Queensland without having to go off roading in the rainforest or way out into the Outback.

On my road trip along the East Coast I’ve seen many spectacular sights, crashing waterfalls, lush tropical rainforest, endlessly long gorges and incredible sandy islands, but still the Babinda Boulders are possibly one of the most spectacular natural sights I discovered along the road! 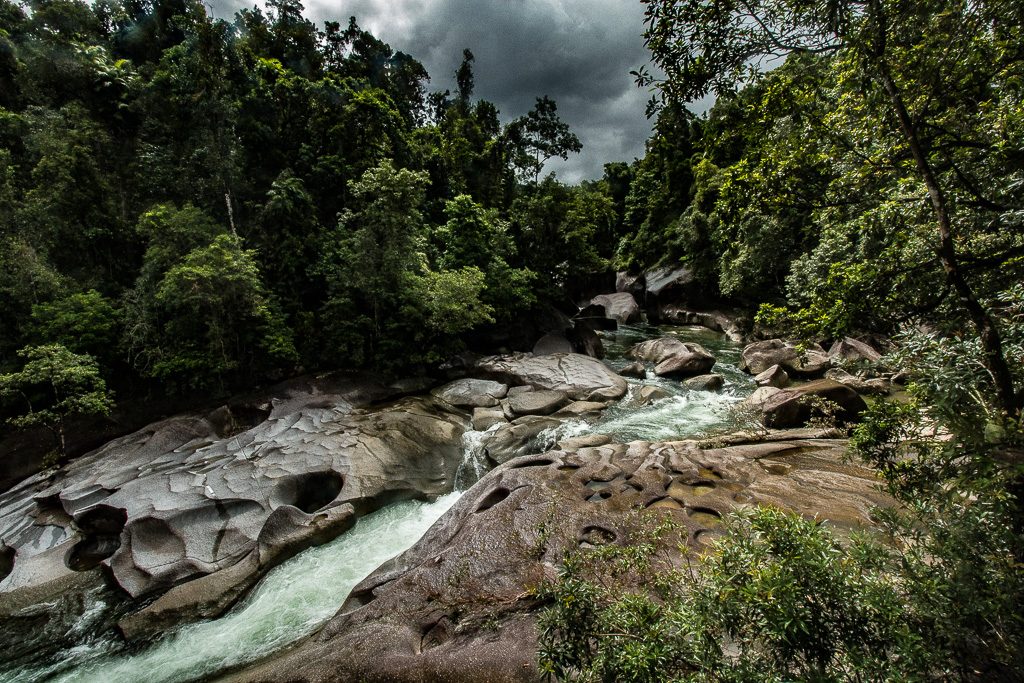 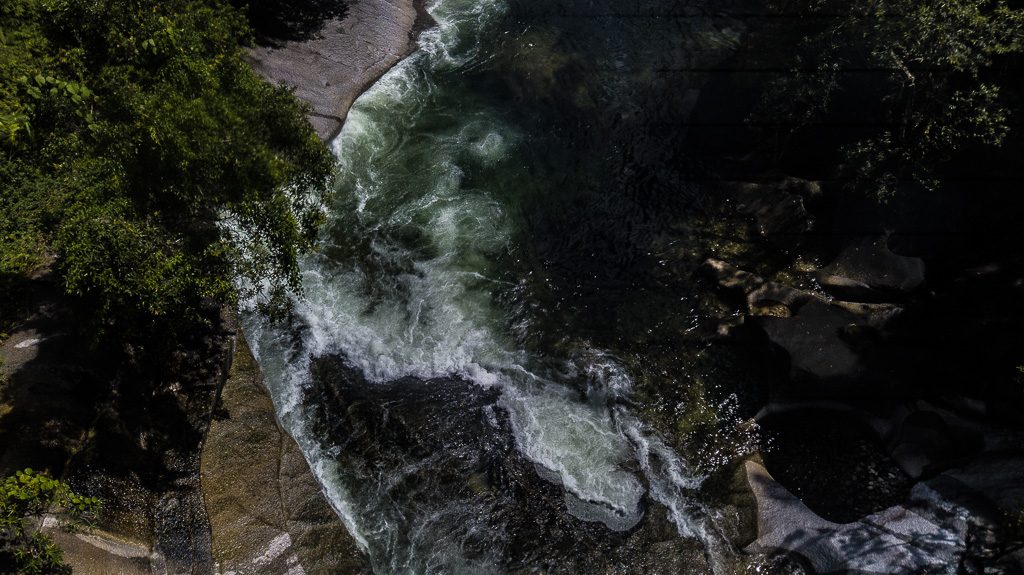 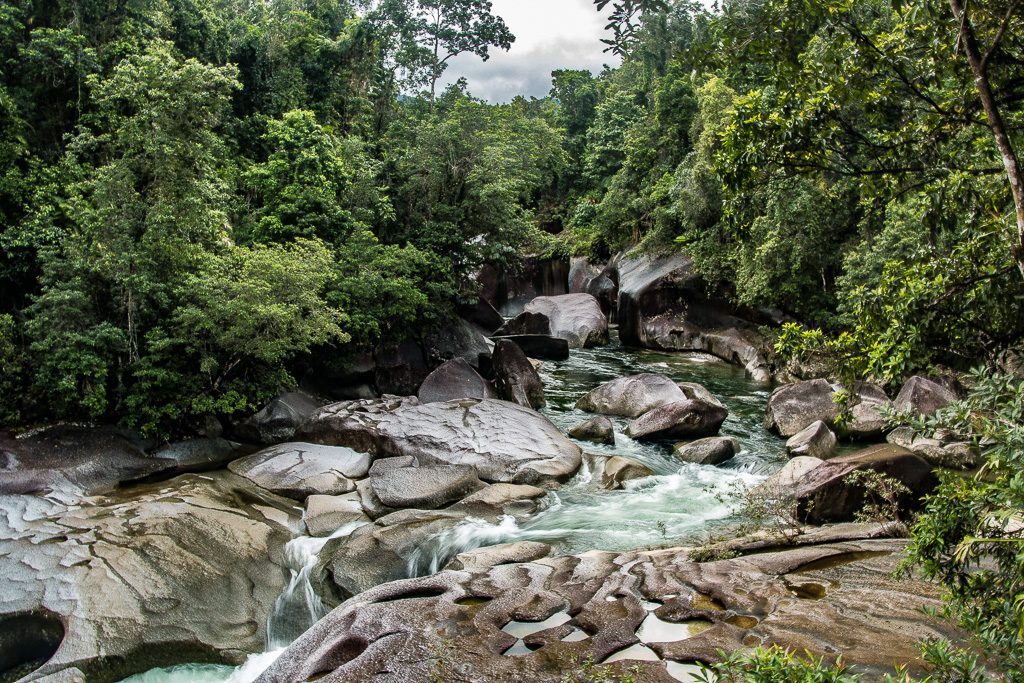 Location of The Babinda Boulders in Far North Queensland:

THINGS TO DO IN EXMOUTH WA