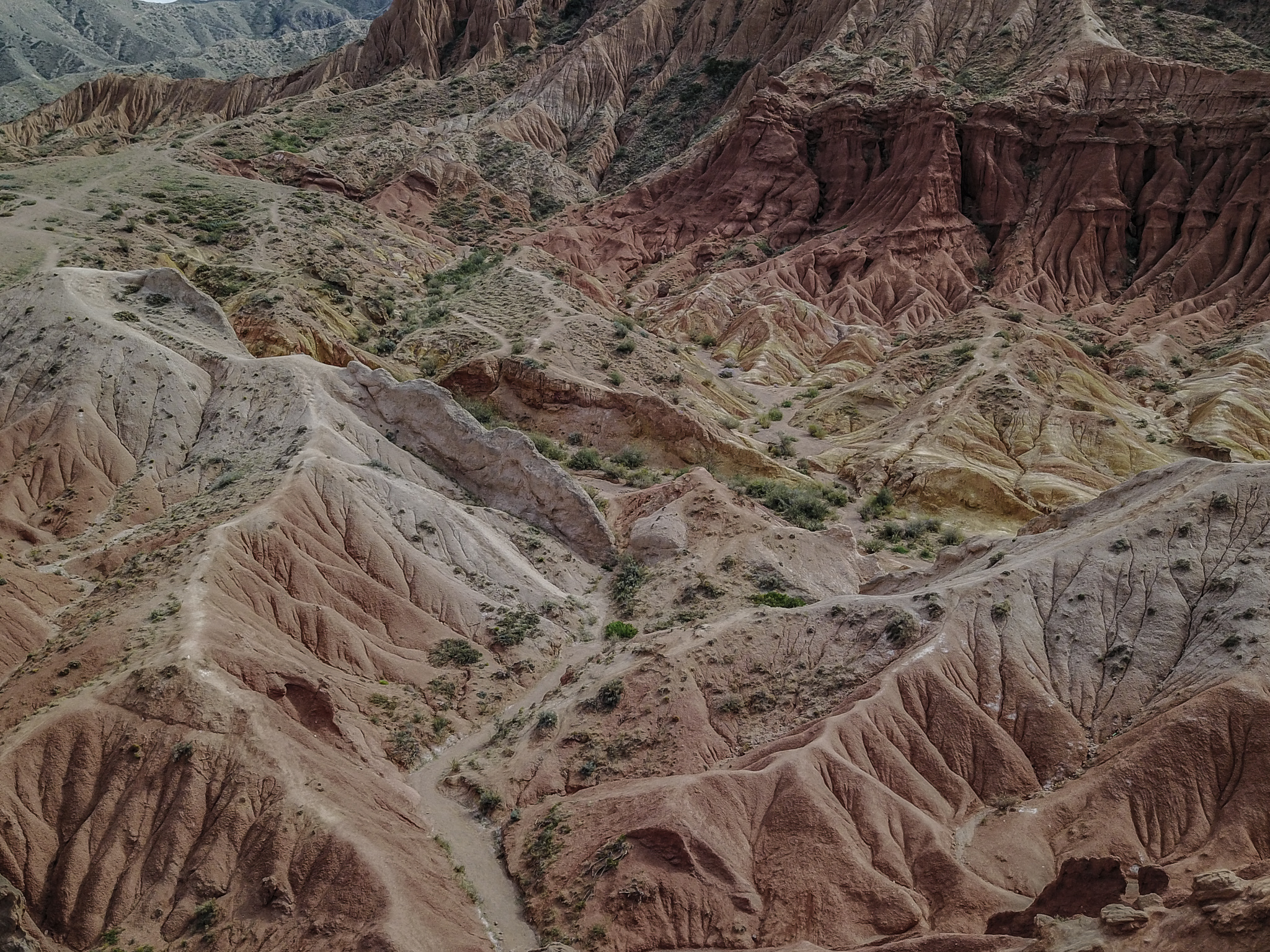 Dreamy red spires of rock rose gracefully into the sky from the dusty brown earth of the desert-like landscape I was standing in. All around me, pillars of red earth were stacked upwards, jagged cuts of rock punctuated the skyline while the contours of the colourful canyons cut through the hills.

No, this wasn’t Cappadocia in Turkey, this was Kyrgyzstan. The locals call this place Skazka, a Russian term, which translates into English as Fairy Tale.

This spectacular place that surrounded me, this was Kyrgyzstan’s Fairy Tale Canyon. 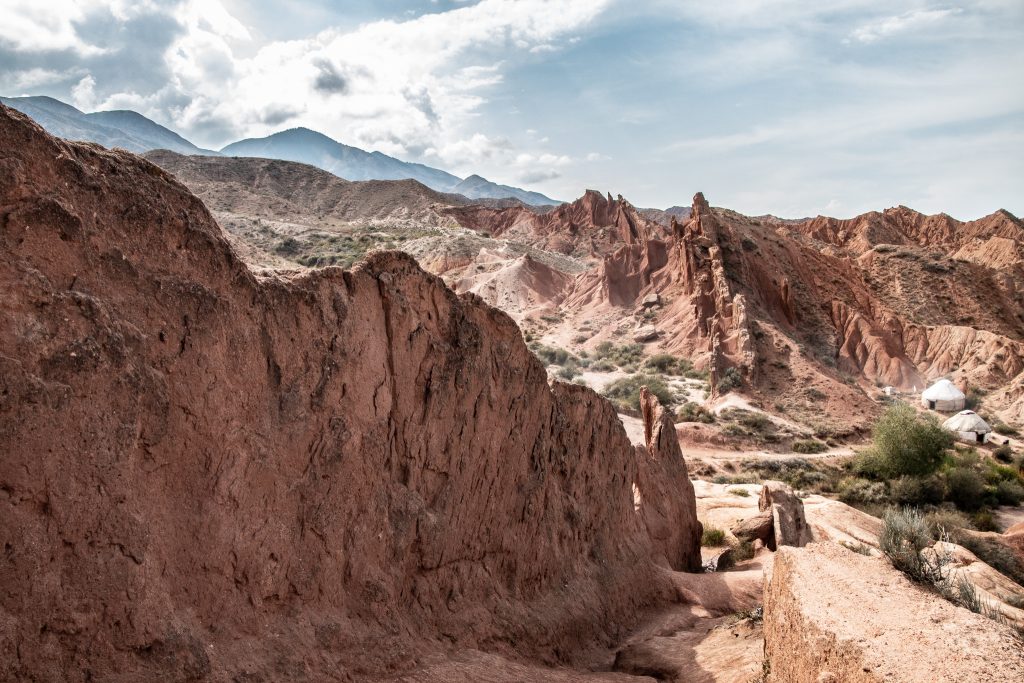 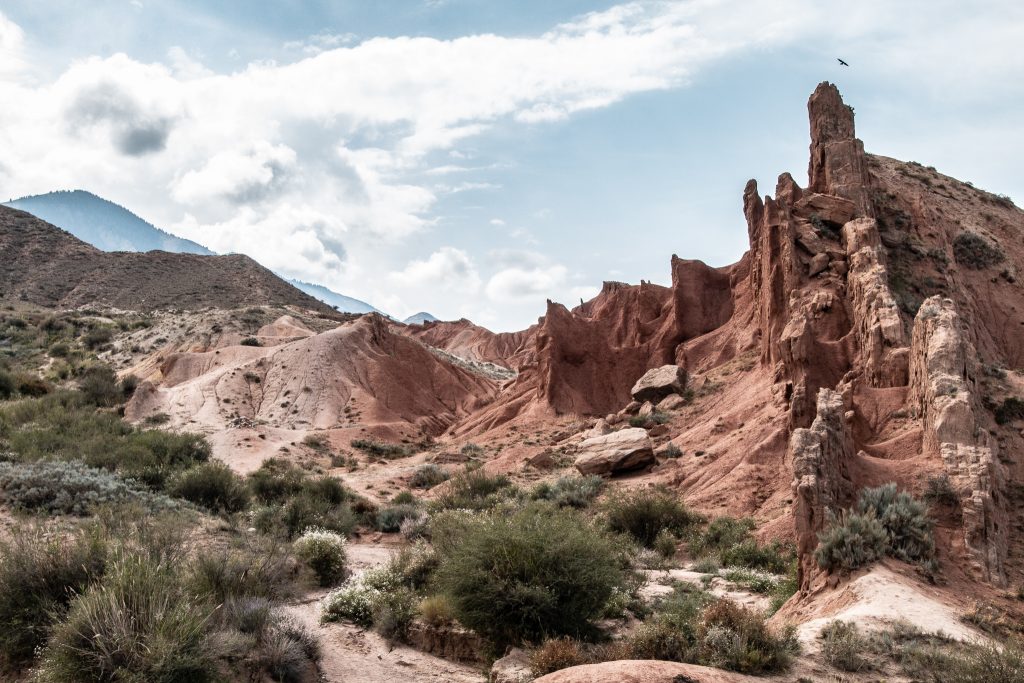 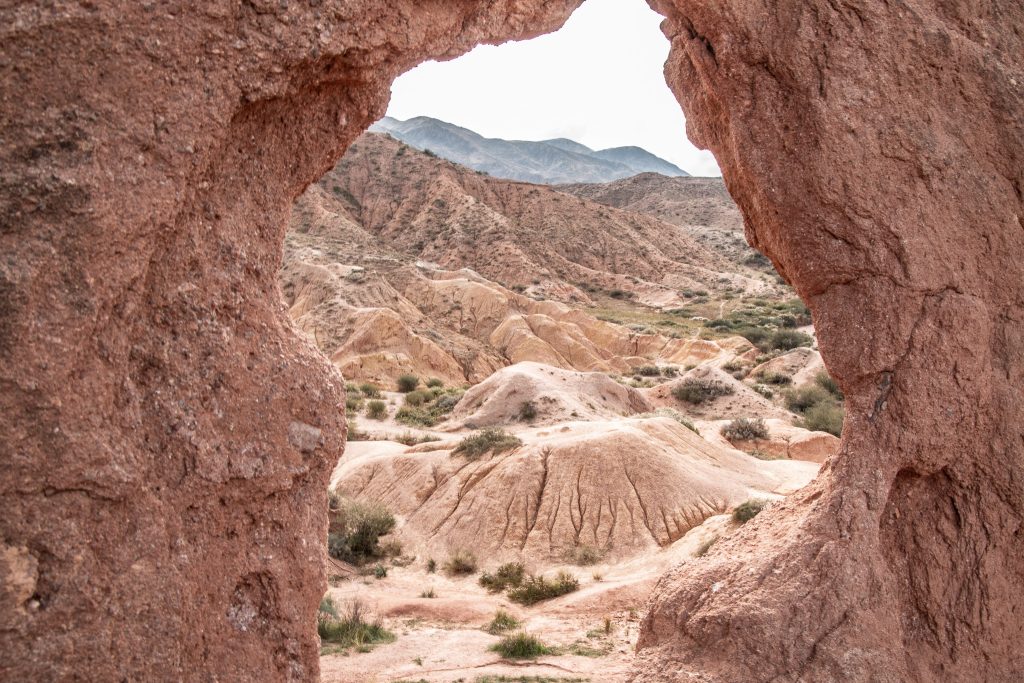 The Fairy Tale Canyon of Kyrgyzstan

I was touring around the huge expanse of Issyk Kul Lake, one of Kyrgyzstan’s most intriguing travel destinations. Around the lake, the scenery is ever changing.

There are glimmering views over the shimmering water, white sand beaches that should belong in the tropics on one side and miles away on the opposite shore, pebbles and rock.

I had climbed mountains in the green pastures of Jrygalan Valley, surrounded by snow-capped mountain peaks that could have been transported there from the Alps.

I’d visited the busy city of Karakol, the largest city on the lake, and even witnessed the unusual spectacle of the World Nomad Games in Cholpon-Ata.

Now, having traversed Issyk Kul from the north side to the south side, I knew that this was a place where the land was constantly in flux. I thought I was ready for anything to appear around the next bend, but I still wasn’t expecting to see this Fairy Tale Canyon. 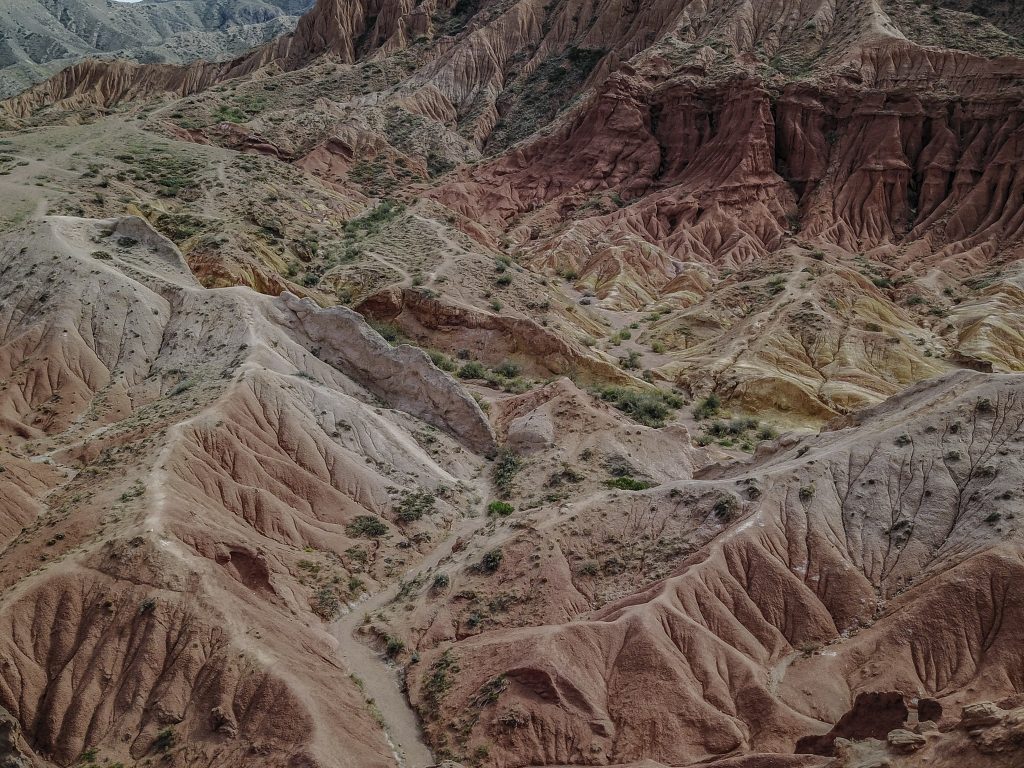 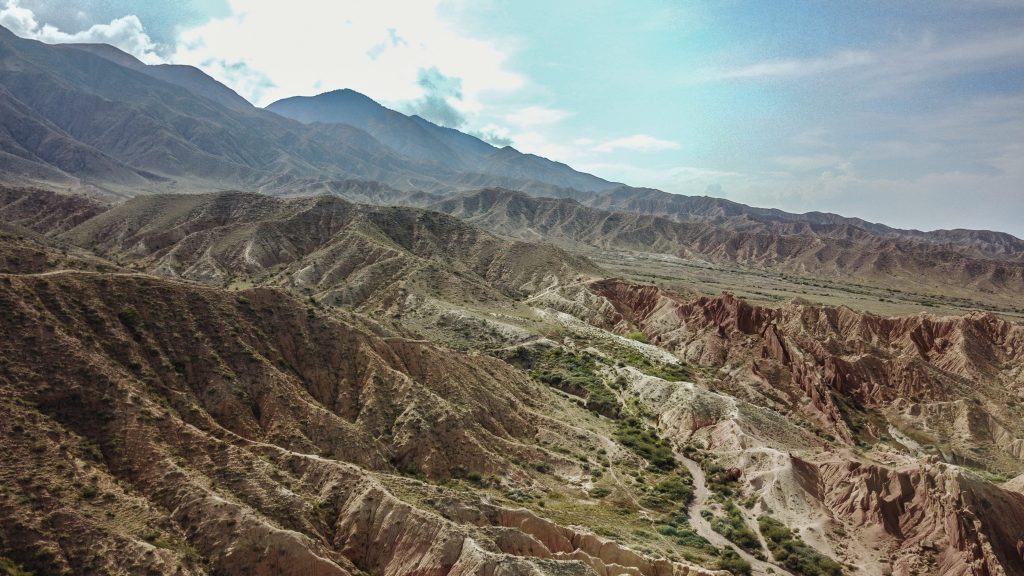 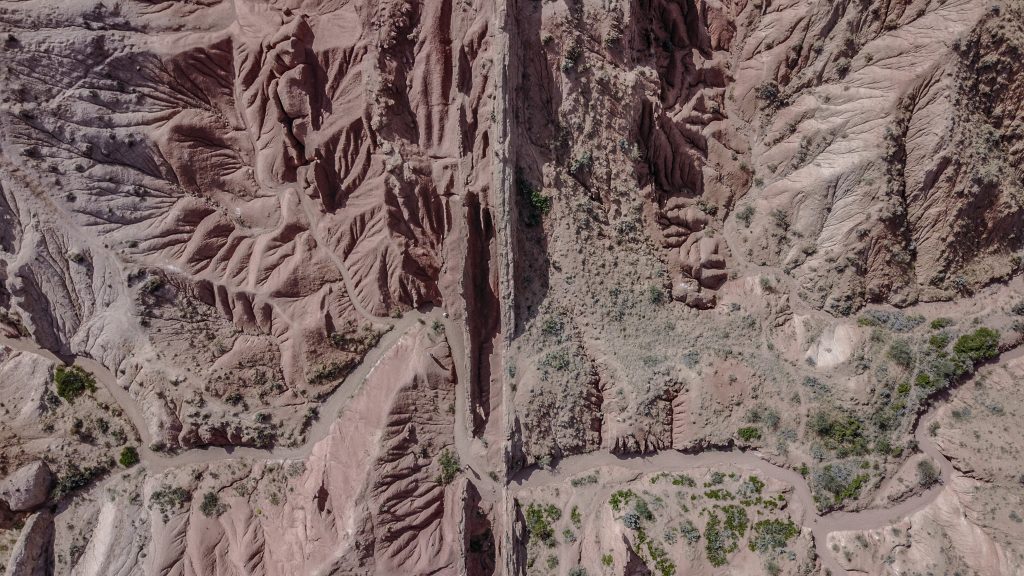 The mountains rose along the edge of the south shore of Issyk Kul Lake, and as the road ran alongside the lake, a sign marking the canyon directed us inland.

The road became a dirt track that led through monstrous cuts of rock. Red dirt surrounded us, and the green, tree-lined shores of Issyk Kul quickly fell away behind the vehicle, to be obscured by dust and rock.

A few kilometres away from the lake and a wall of red rock rose from the ground as we rounded the last bend in the road. A solitary, white yurt punctuated the red mass, and multicoloured layers of rock stretched to the horizon.

This was a desert-like landscape, a vast canyon of rock and earth hidden away from the edge of Issyk Kul, and it was enthralling to discover it. 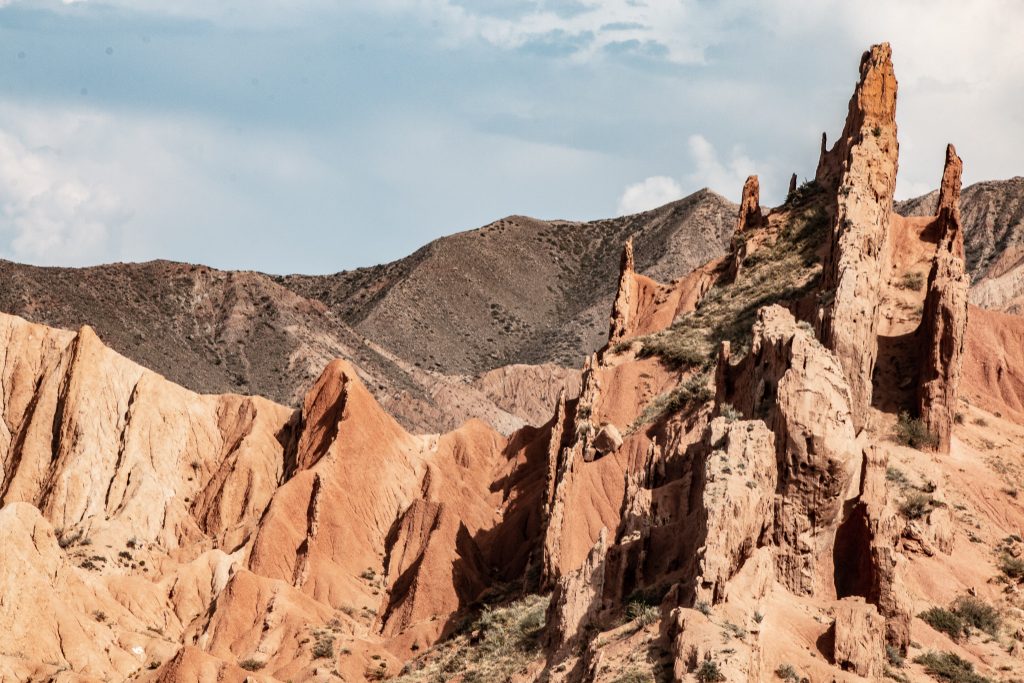 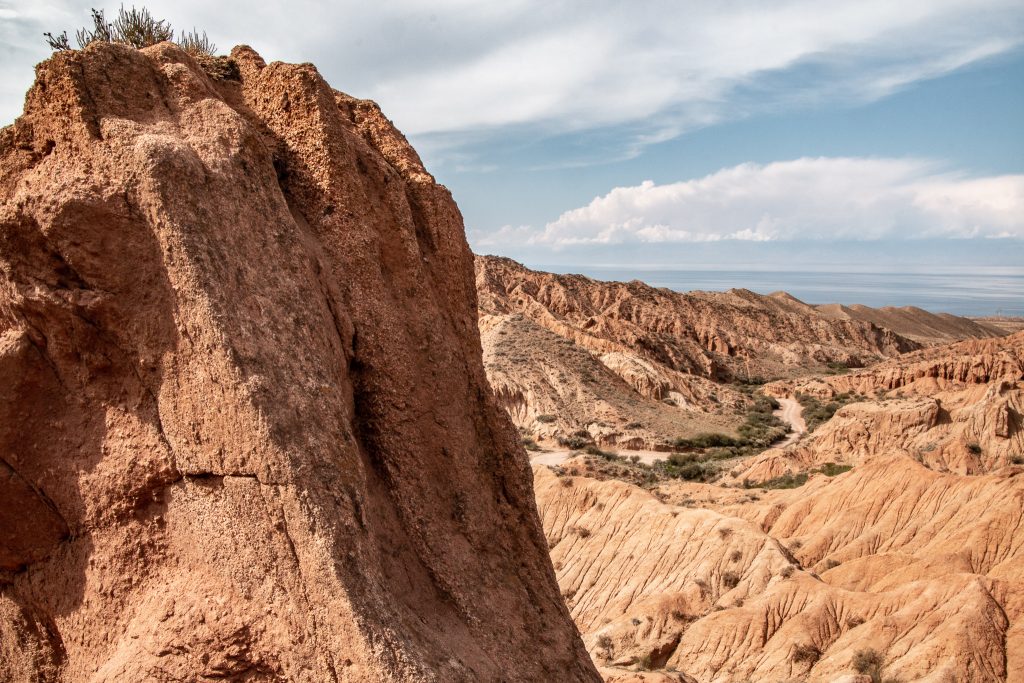 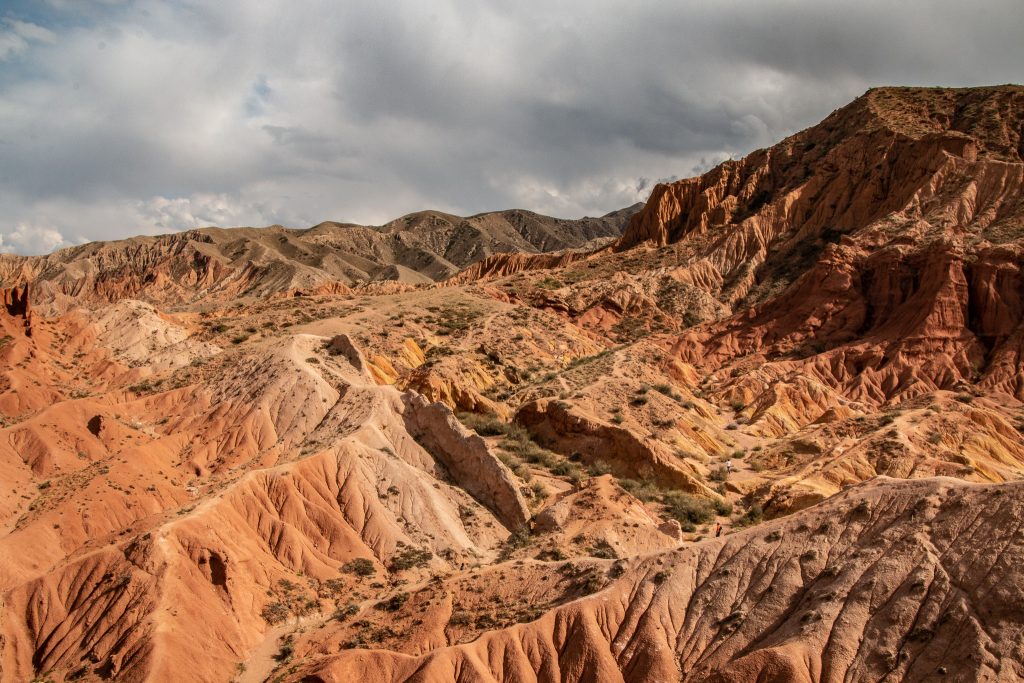 The only place I’ve ever seen similar to this are the canyons and gorges of Cappadocia in Turkey, a destination that of course is much better known to the world than Kyrgyzstan’s Fairy Tale Canyon. I was expecting to be amazed by Cappadocia, and I was, but here in Kyrgyzstan, I was not expecting the Fairy Tale Canyon to be hidden away behind the lake, and that made it all the more spectacular.

Loose, gravelly tracks led up to the summit of the towering, jagged pillars. Great holes in the rock offered scenic viewing windows across the canyon, while at the top of the almost wall-like structures the views over the surrounding area were a panoramic of colour.

The rocks are slippery underfoot, but paths led all over the landscape, and it would be easy to get lost for hours amongst the twisting and tumultuous rocks of the canyon.

This was indeed a fairy tale vista, a place that held me in its natural throes as I looked in with awe, it’s beautiful nature being the very surprise of finding this colourful desert on the shores of Issyk Kul after I thought that I had already experienced all that this lake has to offer. I expect, that there is much waiting out there, ready to be found by other travellers too. 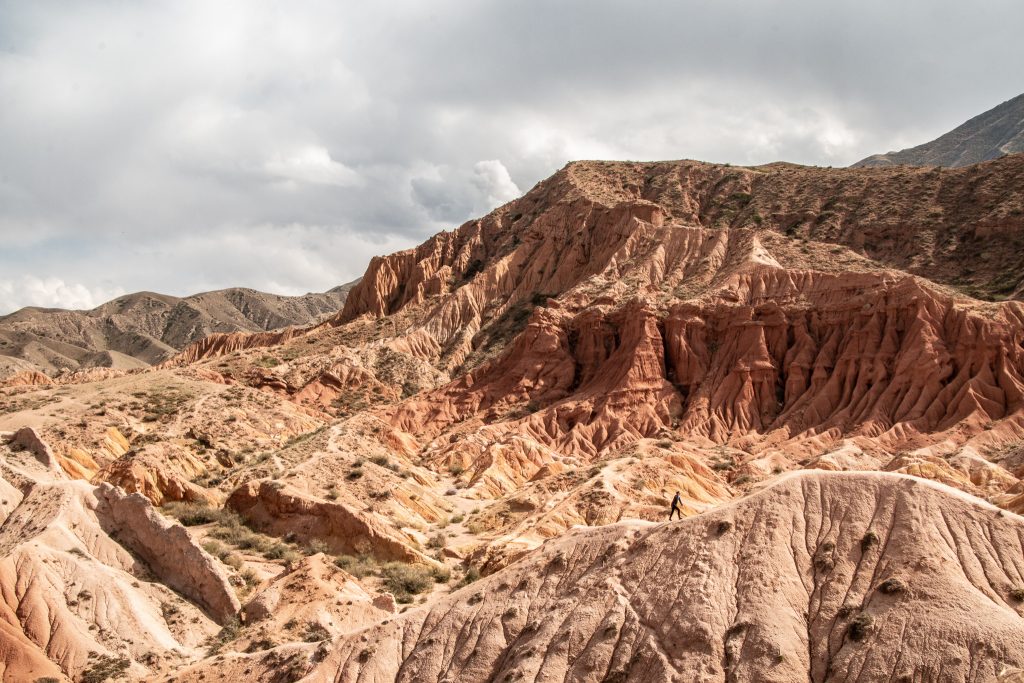 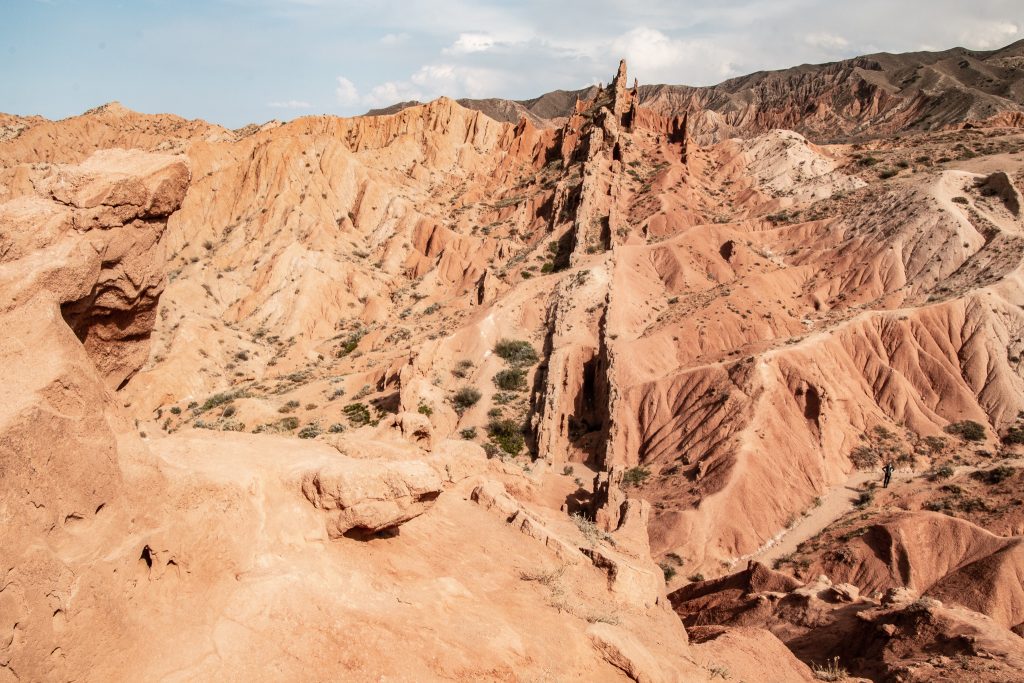 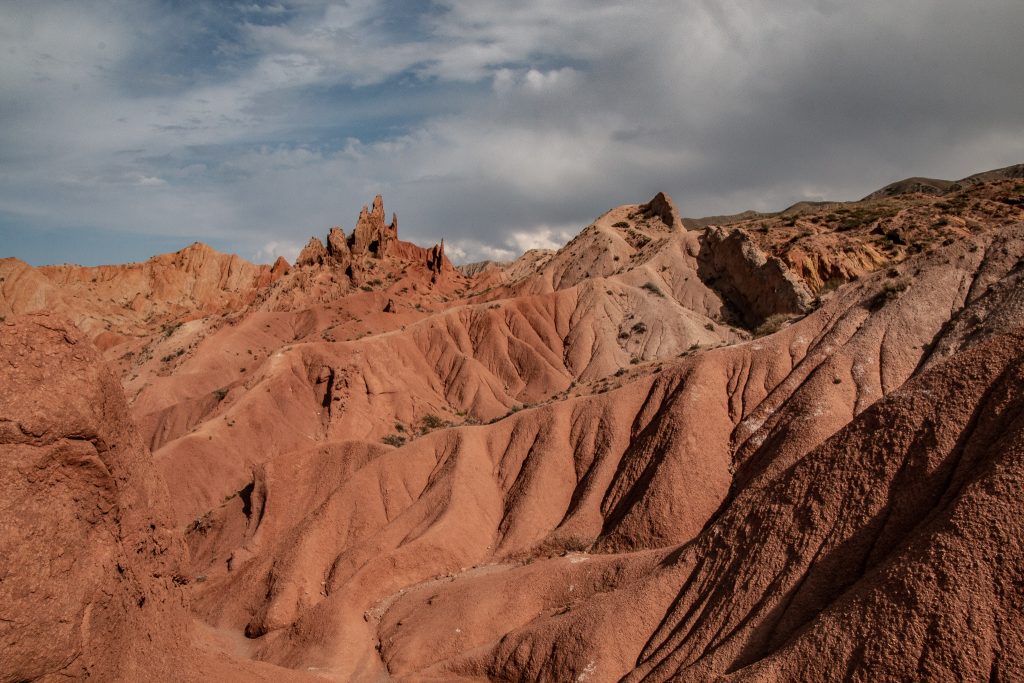 How to Travel to the Fairy Tale Canyon Kyrgyzstan