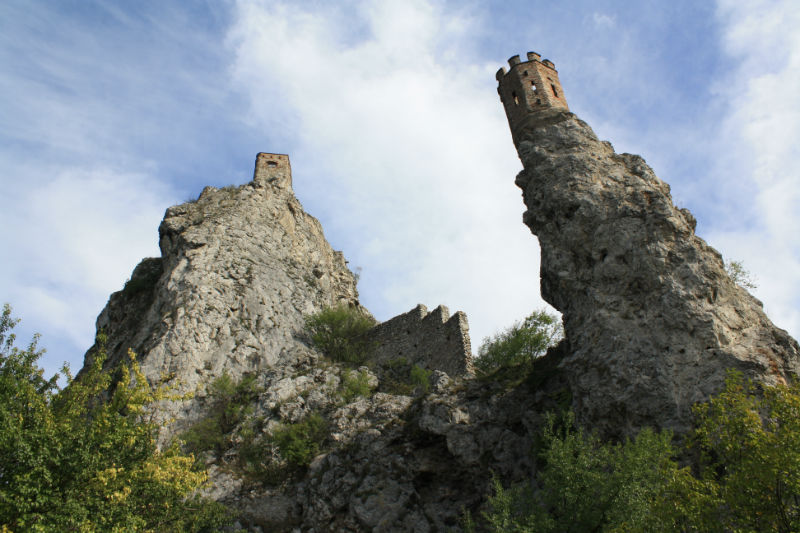 I had heard rumours of an old, old castle, lying in the ruins of its former glory in the suburbs of Bratislava.

A legendary, ancient stronghold on the Austrian border which had held Slovakia’s enemies at bay for centuries. Having eaten enough goulash to feed the national ice hockey team and drunk enough cheap beer to fill the Danube, it was time to get out there, it was time to find the mythical Devin Castle. 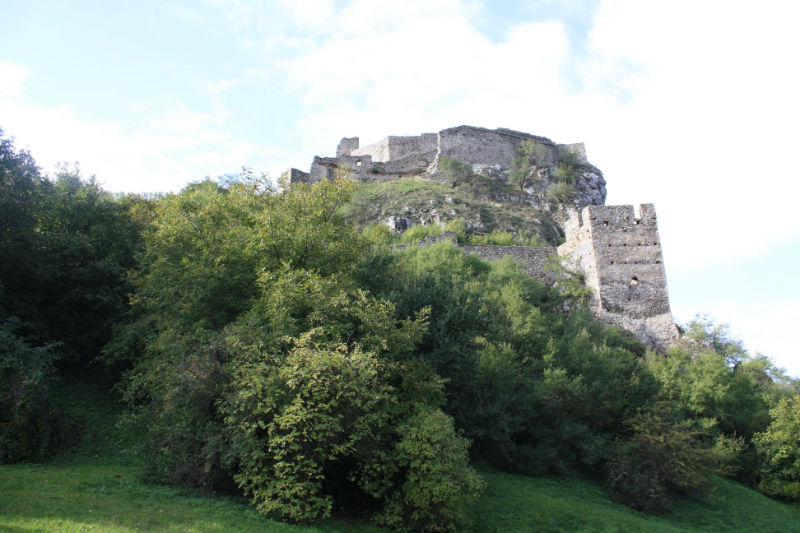 Actually, it proved unbelievably easy to get to. Travel Tramp prides itself on finding hard to reach places, but I won’t lie to my readers, despite my wild fears, or disturbed hopes, for a ‘Hostel-esque’, Eastern European nightmare, Devin Castle was only a short bus ride away from Bratislava City centre in the end. The bus number I needed was even labelled on a huge, touristy signpost. Surprised, but not disheartened, I boarded the bus and set off into the dark reaches of suburban Bratislava. 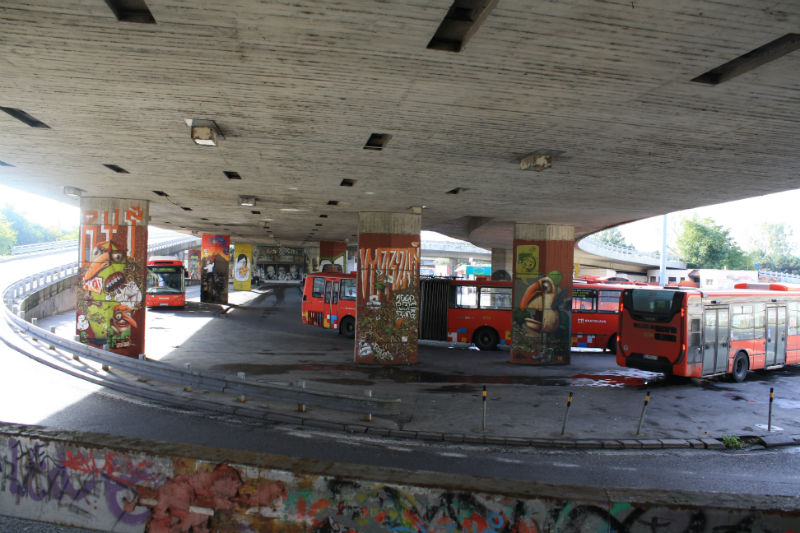 I soon left the urban sprawl of concrete buildings behind me, and found myself in the Slovakian countryside, following the meandering course of the River Danube. Bratislava itself is incredibly close to the country’s border with Austria- Vienna and Bratislava are in fact two of the geographically closest capital cities in the world- and after a short journey the bus made its final stop. At Devin Castle. There was even a sign to tell me this. Hardcore travel. 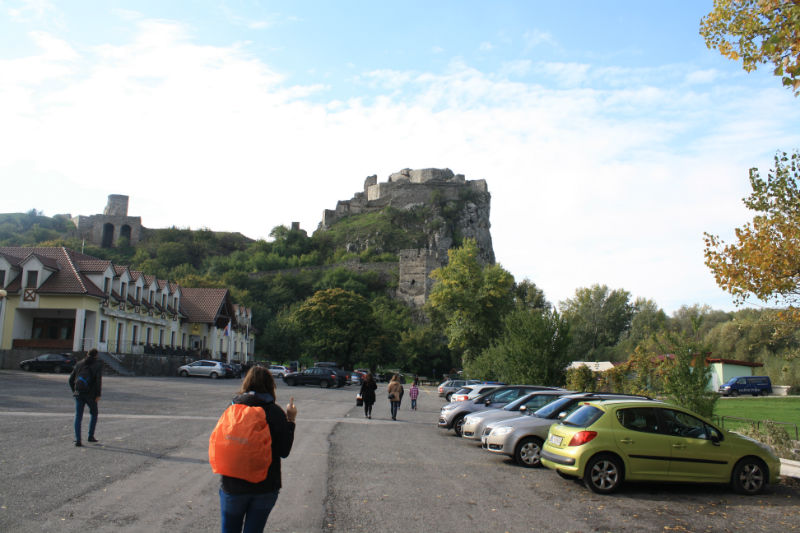 Stepping off the bus though, I looked up and wondered if we’d been driven through the wardrobe itself. There, on a rocky cliff, thrusting out over the river was the castle. I instantly hoped of course that I’d somehow found a way into Narnia itself, an entrance perhaps secretly hidden by Stalin on the edge of the Commnist Bloc after World War II, and only ever revealed to those travellers hardy enough to leave the comforts and beer of Bratislava behind. 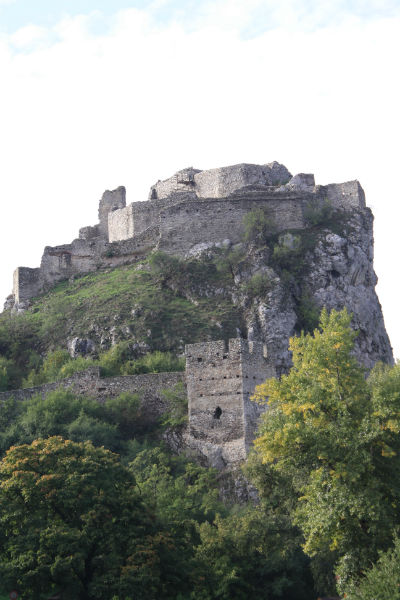 Alas, there would be no meeting with Aslan on this day. But I did have an epicly ancient castle to explore. 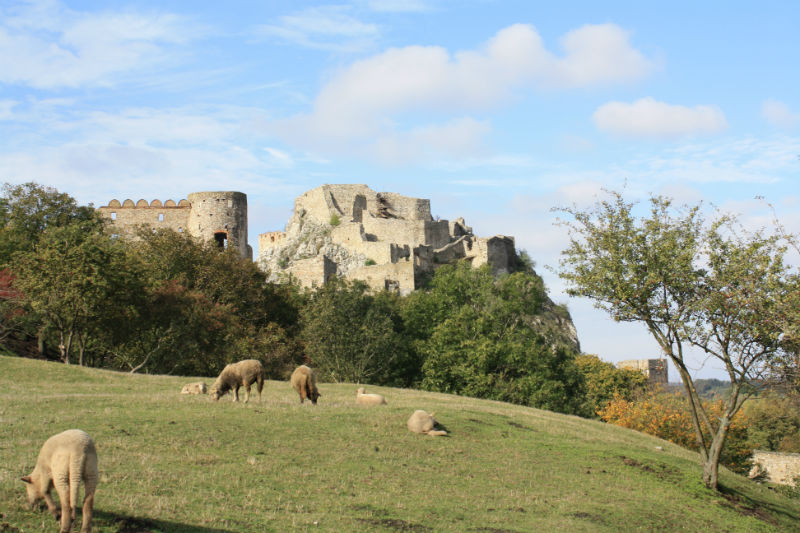 Devin Castle lies on the confluence of two rivers, and it might not be too famous to anyone who isn’t Slovakian, but in local legend it is a place of incredible importance. Historically, this was the division between the Slavic people in the East and the Germanic people in the West. A tradition which the river has helped keep to this day. 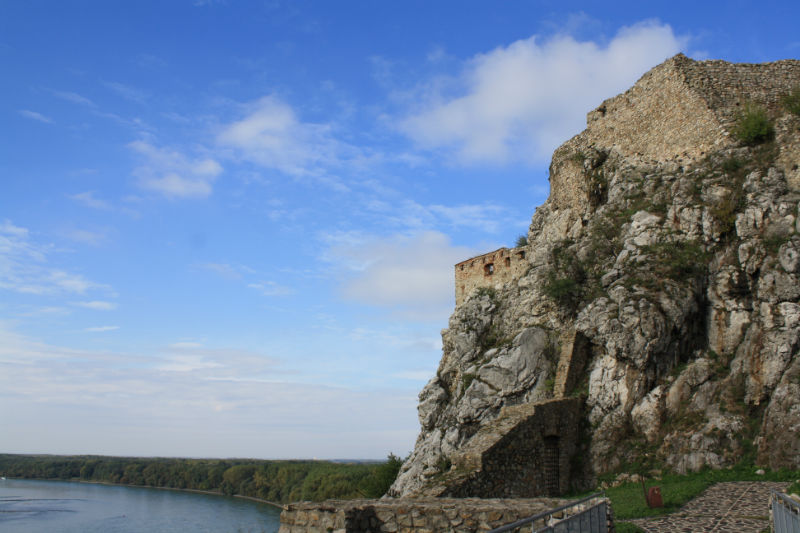 Being on such a volatile spot means that the castle has seen more than its fair share of battle, conquest and destruction through the ages. People have lived here since Neolithic times. That’s a damn long time. And since Neolithic times, it goes without saying that people have of course been killing each other here too. 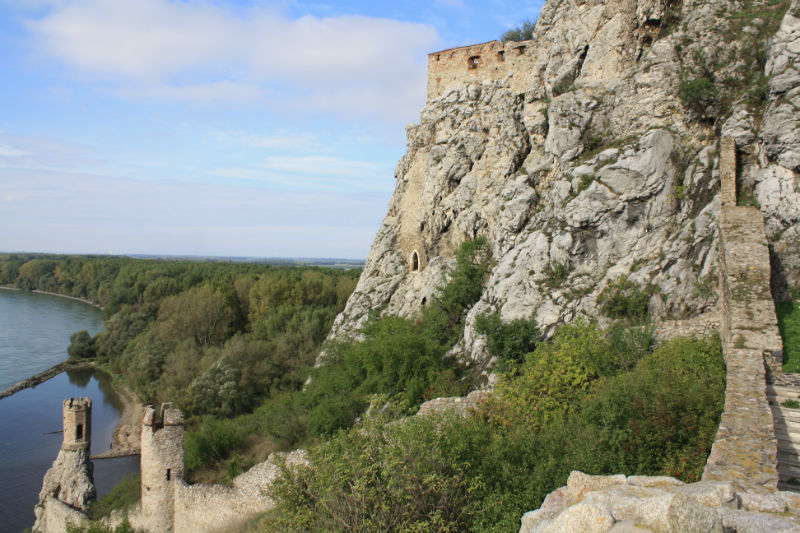 The Celts and Romans fought here, and then the Slavs, Austrians, Germans…Napoleon Bonaparte even destroyed the castle in 1809 after he besieged Bratislava.

And then, after communism took hold in Solvakia, with Western temptations- Coca Cola, jeans, democracy- literally across the river from here, Devin Castle became part of a heavily militarised zone. It formed part of the Iron curtain, the network of defences that spread across Eastern Europe. Supposedly this was to keep out the West, but in reality it was designed as much to keep people from escaping to the West as it was for defence against the West.

On the riverbank is a solitary memorial to those who died under communist rule in Slovakia, many of whom would have tried to cross to Austria and the safety of Western Europe. 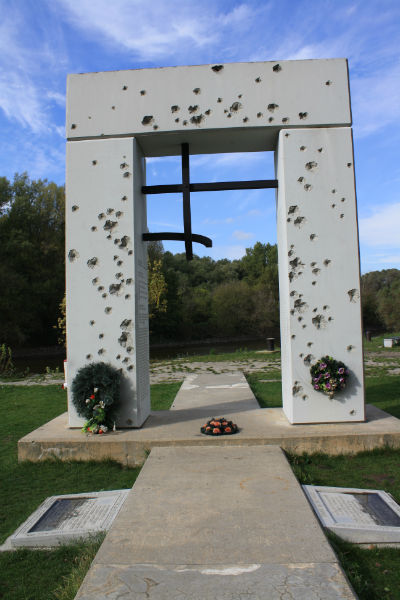 After the fall of communism, the area was demilitarised and the castle was opened to the public. It’s currently in various states of disrepair. And being so easy to reach it’s a miracle that such an historical site can be so quiet.

In Bratislava, go to the Novy Most Bridge. It’s the bus station full of graffiti, near the giant UFO tower (see below). As the sign will tell you, take either the No. 28 or 29 bus. It says Devin on the bus. And that bus stops outside an unmistakeably castle like structure. Easy

For more travel info have a look here. You could even take a boat. 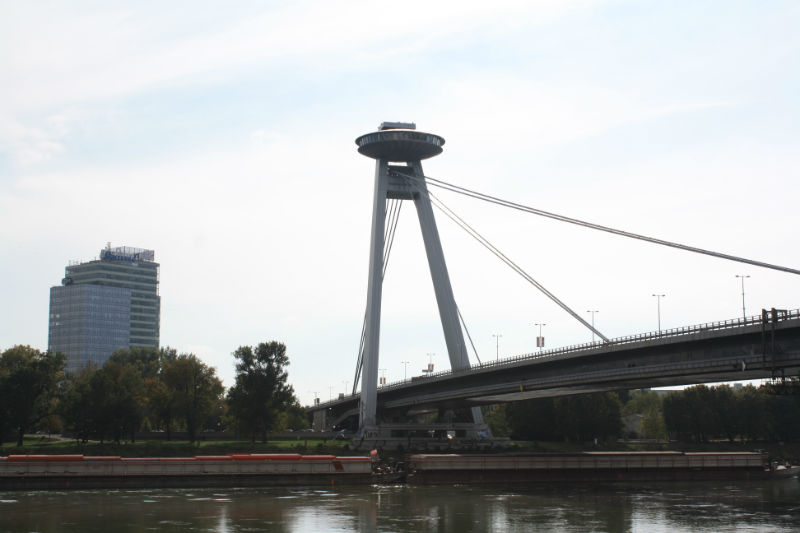