China’s Megacities: Why You Should Visit Them This Year 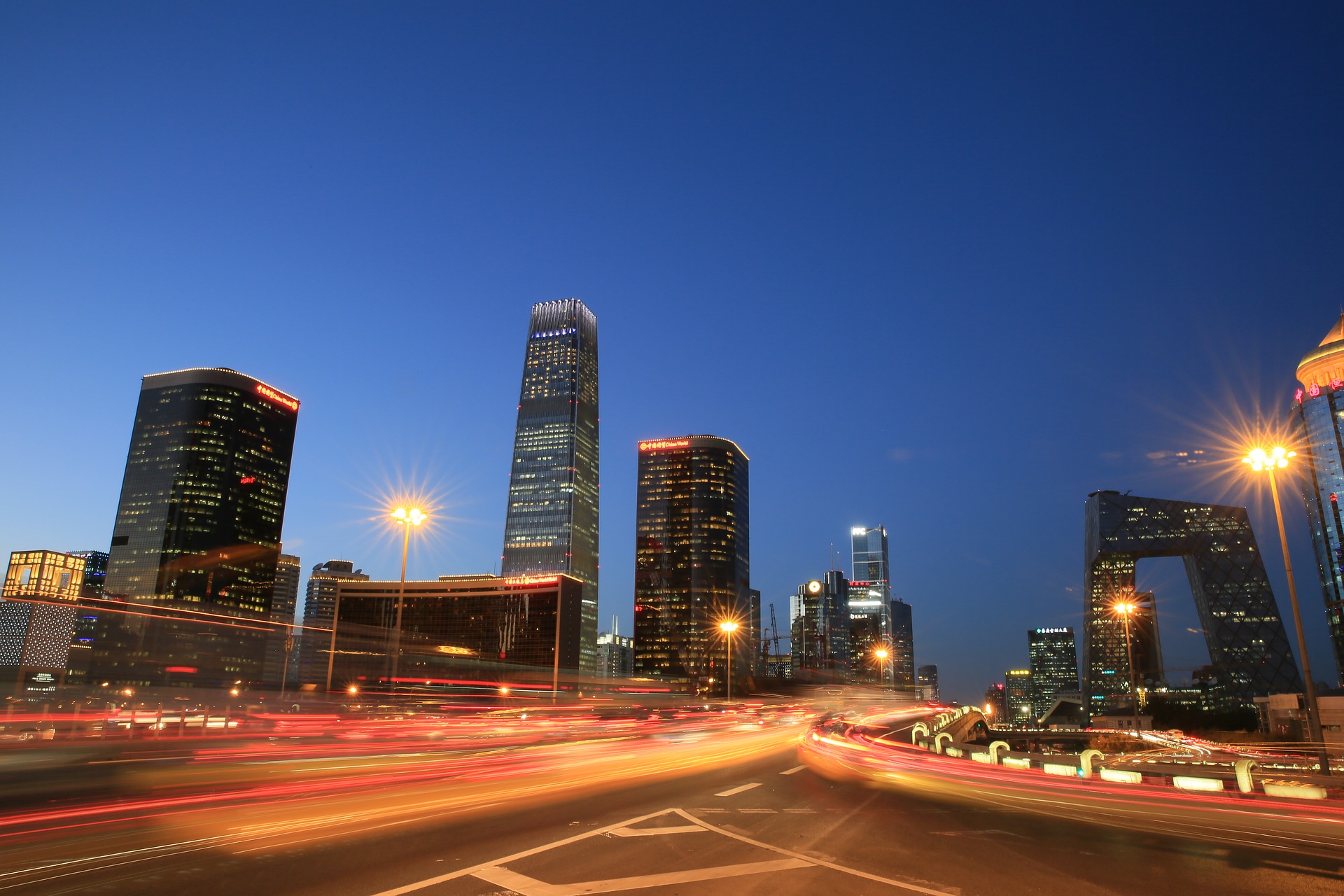 Visiting the world’s most populous country should be on everyone’s bucket list. Spread over more than 9.5 million square kilometres, it boasts amazing natural beauty. However, it’s China’s cities that attract the biggest number of tourists.

And they are astonishing. China is home to 15 of the world’s 47 megacities. And there are further urbanization plans in the making that’ll see China become the home of the largest city clusters in the world.

Because of its sheer size, it can be difficult to decide which place to visit first. So, let’s take a look at some of China’s biggest cities, and why they’re worth visiting. We’ll also go over some tips that’ll make this journey even more enjoyable if you are prepared in advance!

Established over 3,000 years ago, China’s capital has a long and interesting history. It’s best known, however, as the megacity it is today.

Beijing has numerous tourist attractions, whether you prefer places of historical significance, or would like to see some of the city’s modern wonders.

The Forbidden City in Beijing is a must-see. It’s a huge imperial palace built some six centuries ago. It’s been rebuilt and renovated a few times over the years, yet it remains as awe-inspiring as ever.

One of the most exciting world wonders is located right next to Beijing – The Great Wall of China. No traveller should miss the opportunity to walk on this magnificent structure. The wall is well-preserved, so it’s truly like taking a walk through history.

Beijing has many attractions for the more modern traveller as well. This city never sleeps and is known for its great nightlife. With numerous restaurants, clubs, museums, and other attractions, it has a universal appeal.

The best seasons for visiting Beijing are between March and May, or September and October because of the mild weather. Summer in Beijing is known to be extremely hot, while winters get cold.

Shanghai is China’s largest city, with a population of over 26 million. Regardless of the crowds, there are still plenty of peaceful places to visit.

There are quieter historic districts, gardens, parks, old temples, and traditional pagodas. Tourists have the option to explore the city by water, travelling along the coast and through the inland waterways.

The mesmerizing Yu Garden, known as the Garden of Happiness, is located next to the City God Temple, and both are sites worth a visit!

Nanjing Road is a shopping street where everything from street vendors to expensive boutiques can be found. Tourists will often encounter street performers, and if they’re visiting during the Chinese New Year, they’ll get a chance to participate in the festivities that take place here.

October and November are the best months to visit Shanghai for travellers who want to avoid the summer crowds and rainy weather.

Shenzhen is located on the mainland, just across the border from Hong Kong. Most of the city’s attractions are in the Nanshan District.

The Window of the World is one of the most interesting theme parks. Visitors can see miniature replicas of some of the world’s most popular sites. From the Tower of London to the Leaning Tower of Pisa, and Angkor Wat, visitors can get a chance to experience numerous world marvels in a single place.

Sea World in Shenzhen is another location worth visiting. While its name would suggest otherwise, it’s not actually an aquarium, but rather a plaza. Tourists can find various western-style restaurants, cafes, and bars here, visit the huge shopping mall or see the arts centre.

Shenzhen is unique amongst cities in China simply because the tourists can get both the taste of the traditional Chinese culture, and that of the Western world.

Shenzhen has mild winters and hot summers, so travelling there can be comfortable throughout the year. This is a better location for those worried about pollution, as the air quality is much better here than in places like Beijing or Shanghai.

Chongqing is located in the southwest of China and is known as the mountain city. Most foreigners have probably not heard about this megacity, but this doesn’t diminish its excellence nor its beauty.

The most crowded and active location in Chongqing is its downtown, Jiefangbei. Home to numerous skyscrapers, including the “Times Square” of Chongqing, shops, malls, restaurants, and more, this place has a lot to offer to the intrepid traveller.

Hongya Cave is one of the more unique places in Chongqing. It’s a building complex with restaurants and shops built on a cliffside. It’s especially attractive in the evening when the complex is illuminated.

Those searching to escape the crowds in this megacity should visit either the E’ling Park or the Wuling Mountain Forest Park. Visitors will often notice people practising tai chi in the E’ling Park or playing games. Wuling is a UNESCO World Heritage site and is a pure natural wonder.

April, May, October, and November are the best months for visiting this beautiful megacity, as other seasons are known to be rainy and foggy.

Another city in the southwestern part of China is Chengdu. What will be most appealing to most of the visitors is the Giant Panda Breeding Research Base. Tourists can visit the base and see these magnificent animals for themselves.

Another UNESCO World Heritage Site in China is the Leshan Giant Buddha that’s located in the vicinity of Chengdu. Carved in the 8th century, the statue stands at 71 meters tall and attracts millions of pilgrims and tourists alike.

The Chengdu Wuhou Shrine is among the oldest ones in the city and is definitely worth visiting. It was built to commemorate the heroes of the Kingdom of Shu, and visitors can see the museum inside it, some amazing relics, and more.

Those who want to get the real taste of the old Chinese culture should visit the Huanglongxi Ancient Town. Located about an hour away from Chengdu, it provides an entirely different experience. Old temples, preserved architecture, and amazing sights will leave a lasting impression on any visitor.

In July and August, Chengdu often experiences substantial rainfall, so it’s best to avoid travelling during these months. Spring and fall are usually the best seasons for visiting.

Preparation For Travelling to China!

China boasts amazing megacities full of life and culture, and whichever city is chosen, tourists should take the time to prepare for their travels.

Before embarking on a journey to China’s megacities, tourists should research the cities thoroughly, and pay close attention to the weather.

Such a huge country has varying types of climate, and different cities will have quite different weather conditions during the same month.

Planning Ahead for the Visa

Most foreign travellers will need an entry visa if they want to go to China. This is often a long process, and travellers are advised to start the process at least two months before their journey.

The easiest way to acquire a Chinese visa is through a reliable travel agency. It’s still advised to do it a few months before the trip to avoid any problems.

Most people are aware of the internet censorship in China, but unfortunately, many will still forget to prepare for it before they embark on their journey!

Accessing YouTube, Facebook, and even email can be exceptionally tricky in China. While most modern tourists rely on Google Maps and similar apps to find their way around a foreign city, this will be of no help in China, as such apps are often blocked as well.

The only way to bypass the restrictions is through a VPN. In short, a VPN, or Virtual Private Network, allows users to browse the internet freely by routing all internet traffic through remote servers. When you connect to a VPN server, it hides and encrypts your connection to the internet, thus bypassing any censorship.

Travelers are advised to invest in a VPN prior to their trip, as finding a reliable one that doesn’t slow down the internet connection is much harder once you’re in China. Travelers who are planning to use more than one device should ensure that the VPN they chose supports different devices as well.

A word of caution, however. While there are many free VPN services out there, it is best to avoid them. There are many dangers to using free VPN. Most of them don’t do a good enough job of bypassing censorship; they often slow down the internet connection and could make users more vulnerable to cyber attacks.

A great VPN provider can be found for just a couple of dollars a month, and it’ll prove to be a much better and safer choice. Both for the travellers on their way to China and those simply wanting to improve their online safety at home.

China is a country of great beauty and many wonders. Those well-prepared for their trip there will experience no hiccups on their journey and will create memories that last a lifetime. Visiting one of the great megacities in China is an absolute must this year.

The Isle of Man: Why Everyone Should Visit at Least Once