Bucharest: The Legacy Of A Dictator

In December 1989 Nicolae Ceausescu gave his last speech as leader of communist Romania from the balcony of the Communist Party Headquarters in Bucharest.

Romania’s dictator fled as the crowds began to jeer, and within days the country was up in arms against the regime. On Christmas Day that same year, the dictator and his wife were tried and executed. Romania’s revolution was triumphant, and the regime was no more. After years of communist rule though, Ceausescu had left his indelible mark upon the country, and in Bucharest, I went in search of the dictator’s largest surviving legacy. 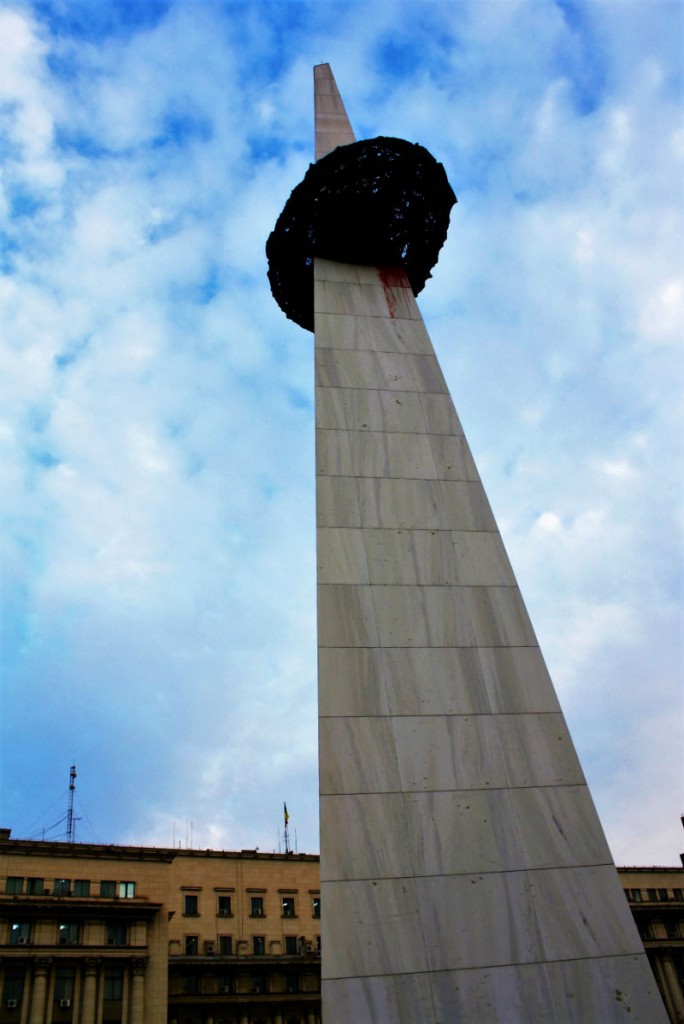 The Potato of Revolution Square

I walked past The Potato, a towering pillar in Bucharest’s Revolution Square. Officially, this rather bizarre piece of art work is named The Monument of Rebirth, but for fairly obvious reasons, unofficially it is known by the name of the vegetable it seems to visually represent.

The Potato marks the end of a despot’s regime, when Nicolae Ceausescu fled the balcony he was speaking from in the same square that the pillar now stands in today. The fact that a memorial to this revolution can openly be nicknamed a potato by the citizens of Bucharest goes to show the great lengths of change that have rocked the nation since the fall of the repressive socialist government. It’s a reminder too, of the blood spilled in the revolution, which was one of the more violent ends to a communist regime as the Soviet Bloc fell apart. The red paint that drips from the potato was not part of the initial design, but has since become an integral part of the monument since it was added by ‘vandals’ who felt that the design didn’t quite express enough suffering. 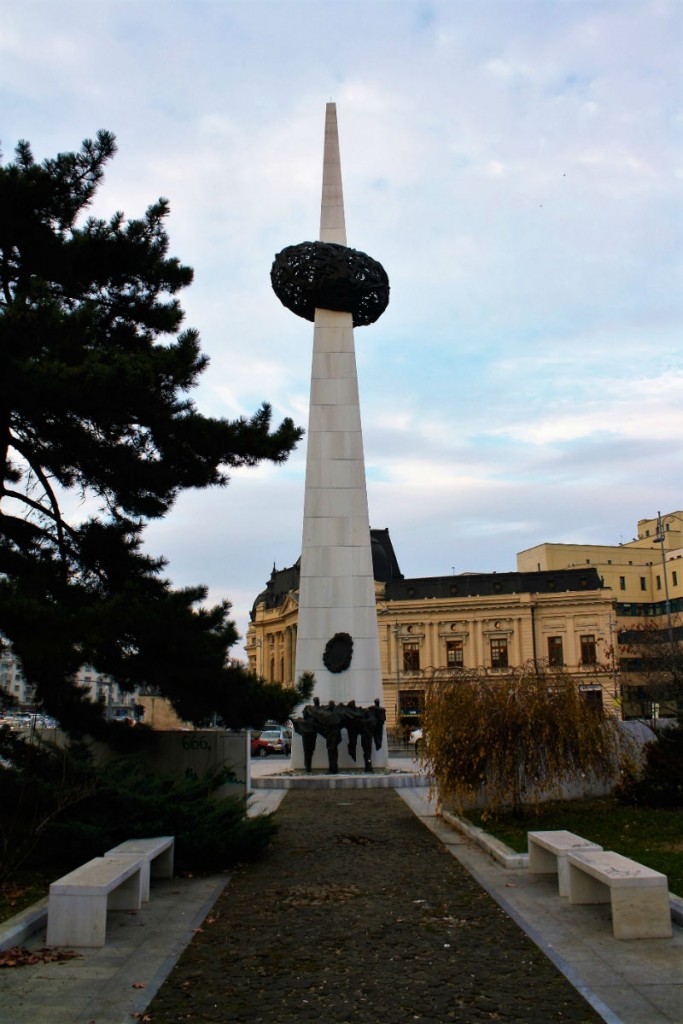 Down the road from Revolution Square, where crowds booed Ceausescu and rebellion was fermented, is a larger reminder to the oppressive and indeed, insane, policies of the communist government. The unimaginably large Palace of the Parliament is an unmissable memorial to a dictator who tore apart a city’s skyline for his own lasting glory. 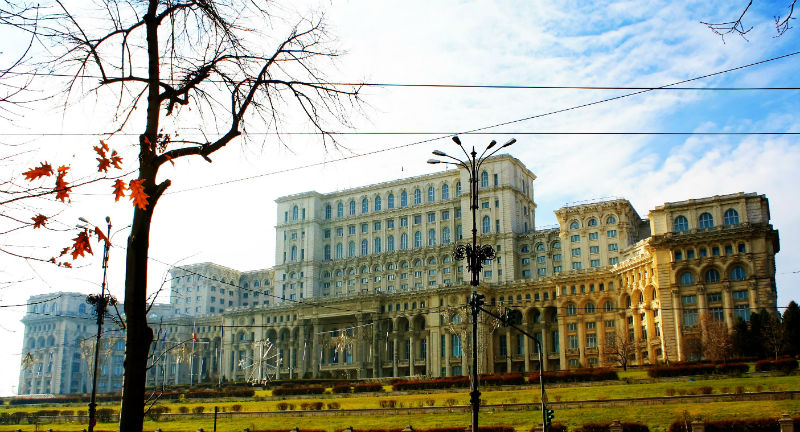 The Palace of the Parliament

As befits a communist dictator, Ceausescu felt it necessary to entrench his ideology and cult of personality by destroying historical Bucharest. He annihilated old buildings, churches, monasteries. Anything that could potentially be a reminder of the evil traditions of the past. He even wanted to get rid of the river. The new buildings that Bucharest was left with were grey and socialist in character. To this day you’ll be hard pressed to find any religious building which has a place on the cities silhouette.

The Palace of the Parliament was Ceausescu’s grandest, some would say maddest project. It was a statement of power. This is the largest parliament in the world, and the second largest government building in the world after the Pentagon. It is, absolutely huge. It completely dominates central Bucharest, and its extravagance is only outdone by the continued cost of its construction. 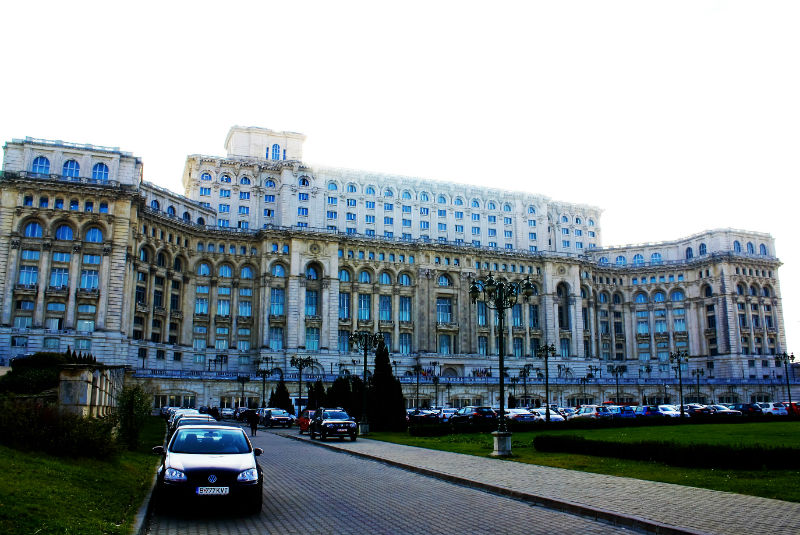 I took a visit to the Parliament building, to see the lavish opulence that I’d heard filled its corridors and it didn’t disappoint.

Work began in 1984 on the orders of the dictator himself. It cost millions of Dollars, at a time when Romania’s economy was barely functioning, and due to the vast scale of the building, even today it sucks up millions each year in maintenance costs. 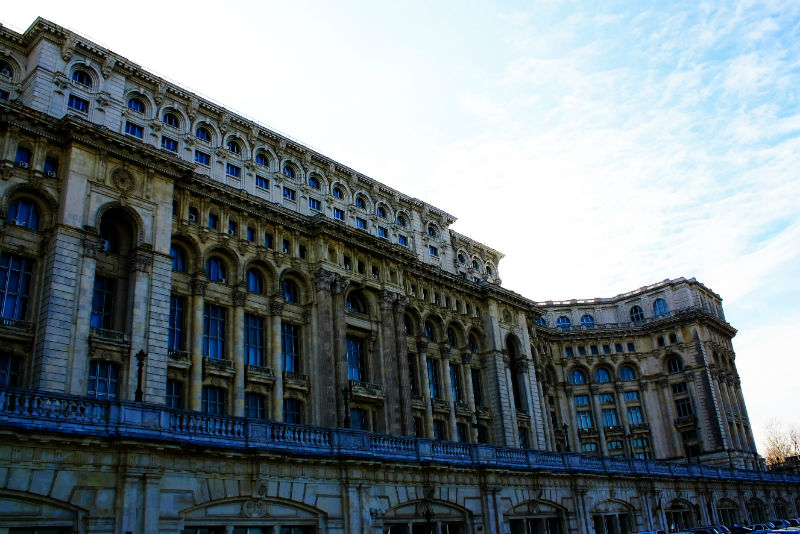 It took me almost half an hour to walk from one side of the perimeter wall to the entrance on the other. An entire neighbourhood used to stand in its position, but the people were relocated to make room for the beast of parliament. Ceausescu never even saw his vision completed. Construction still hasn’t even really finished now. 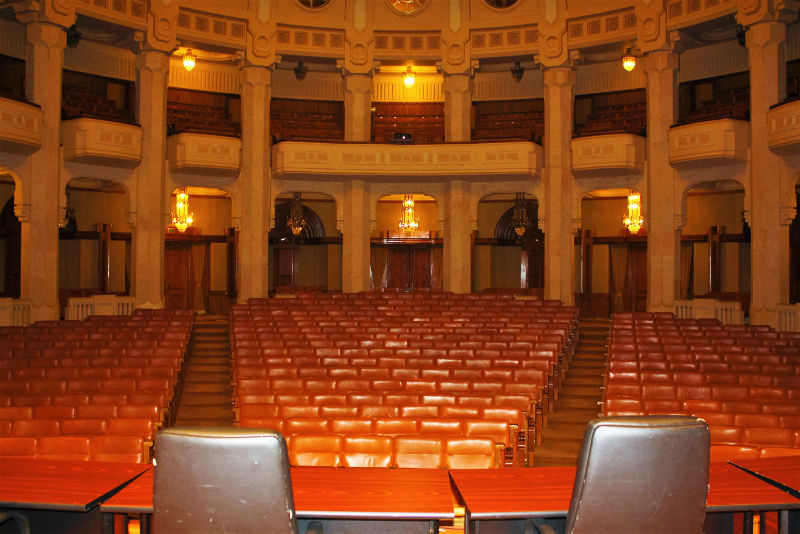 Years of work have gone into the thousands of rooms that make up this behemoth. Ceausescu’s vision was huge. There’s no denying his ambition. Rather than destroying it after the revolution, it was decided to finish the work, as so much money had already been thrown at the project. It’s a legacy that no one walking the streets of Bucharest can fail to ignore. 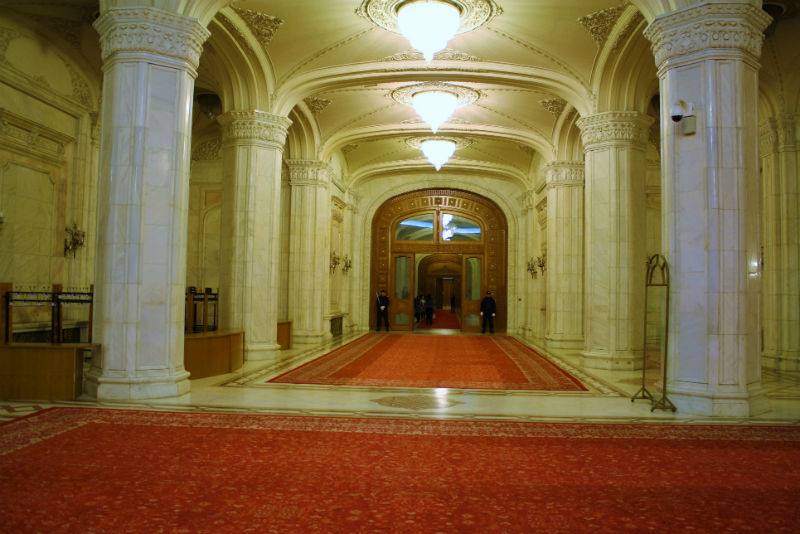 There are over 12 levels, full of meeting rooms, translation booths, TV stations, bedrooms. You can find almost anything within the maze of corridors, some complete, some unfinished. 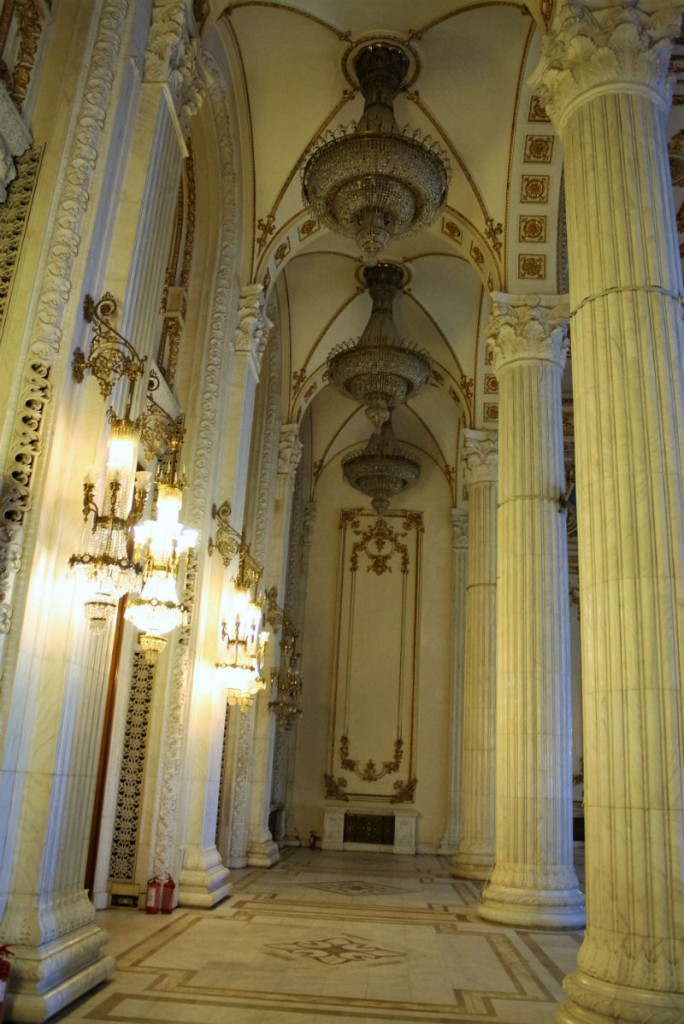 Ceausescu was, quite rightly, extremely paranoid. He had a huge underground bunker built, and there’s a network of tunnels running below the surface. I heard a rumour that two soldiers had got lost down there, and reappeared days later somewhere near the International Airport. 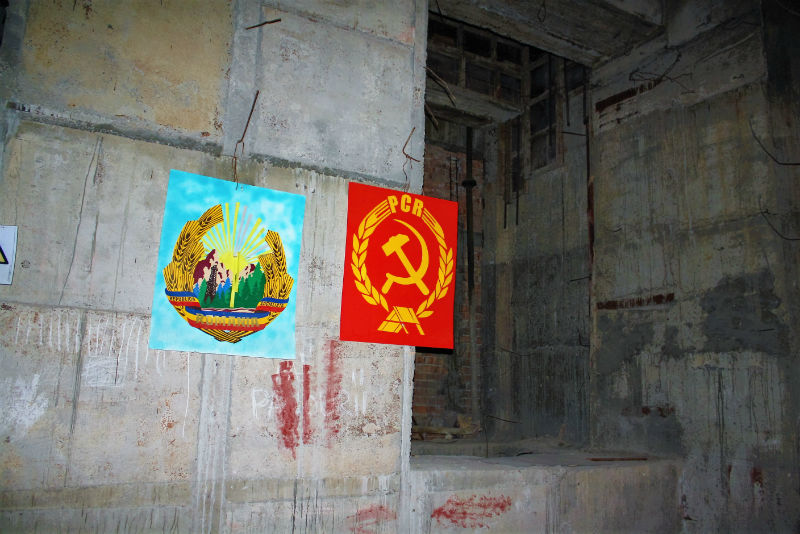 It was easy enough to get lost in the corridors without venturing underground. The Palace of the Parliament is a megalithic last gasp from a communist leader. Its size, style and even the colour scream socialism. Ceausescu had it designed so large, and so costly that it could never be torn down. It really is the legacy of a dictator.

If you too would like to stand in the shadows of this giant, there’s a little map below you can follow to get there. Or you can just look up and walk in the general direction of the grey mass on the horizon. It’s hard to miss.

Tours run regularly around the Palace, you can turn up and purchase a ticket for the next available slot, although they tend to stop early so head there in the morning if you don’t want to miss out on seeing this humongous landmark from the inside.