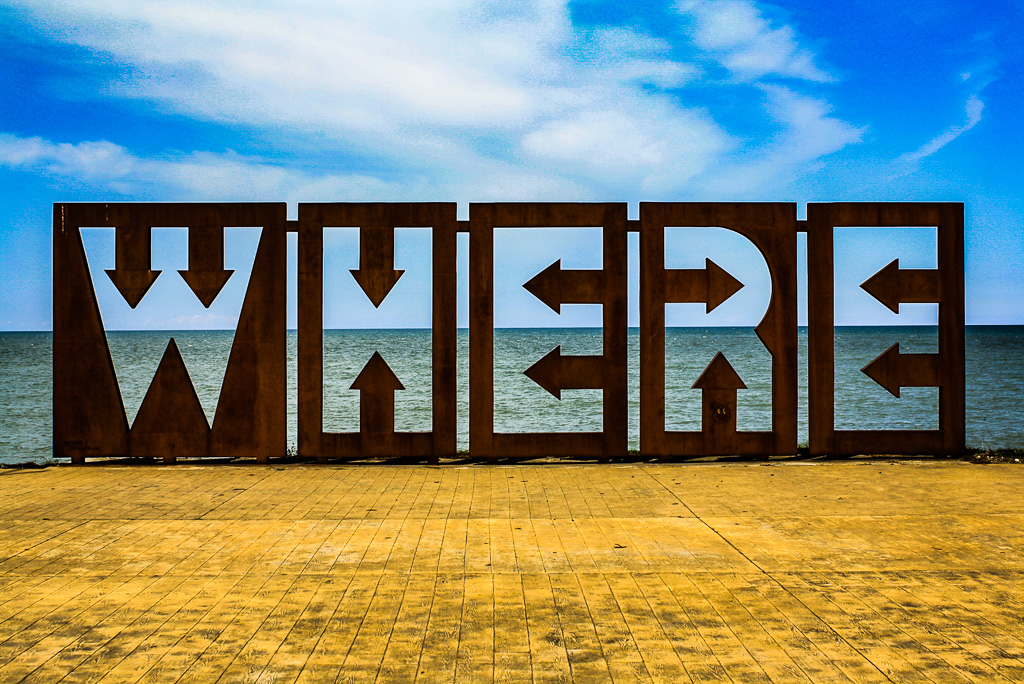 Batumi on the Black Sea.

That sentence has quite the ring to it. For me it conjures images of the Georgian coastline, stretching along the edge of the Black Sea from Turkey to Russia, a coastline of pebbly beaches, lush green forests and a sub tropical climate.

I fell in love with Georgia when I first crossed the border from Turkey to Batumi, following the route of the Black Sea from one country to the next. Georgia, for me was an unexpected travel discovery. I never knew this small Caucasus nation had so so much to offer in such a confined space- food, history, culture and hospitality to name but a few.

I spent months travelling Georgia after that- back in 2016- but it all began in Batumi, the first city across the border from Turkey that I found myself exploring. I spent hours walking the long stretch of boulevard that fronts the city, photographing the artwork, watching the fishermen and enjoying a few beers while the sun set out over the Black Sea.

Every now and then I reminiscence about my travels across a country, none so more than Georgia! And looking back through old photographs I realise that I’d never written an article about Batumi, where the Georgian love affair all began, or even shown the photographs to the world!

So here they are today, the best of my pictures from my exploration of Batumi on the Black Sea! 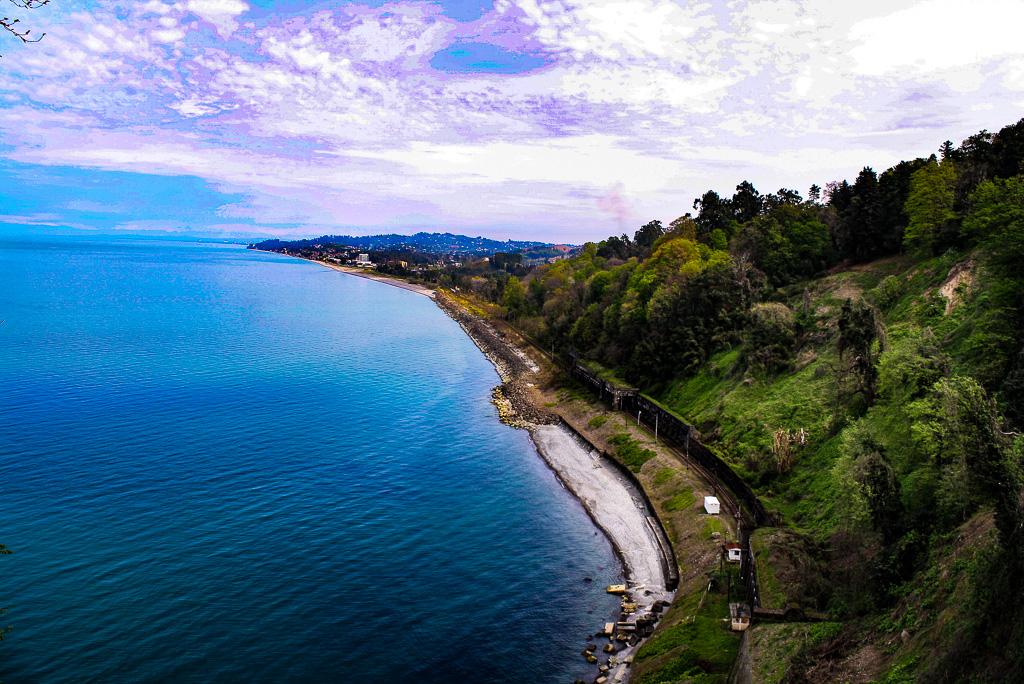 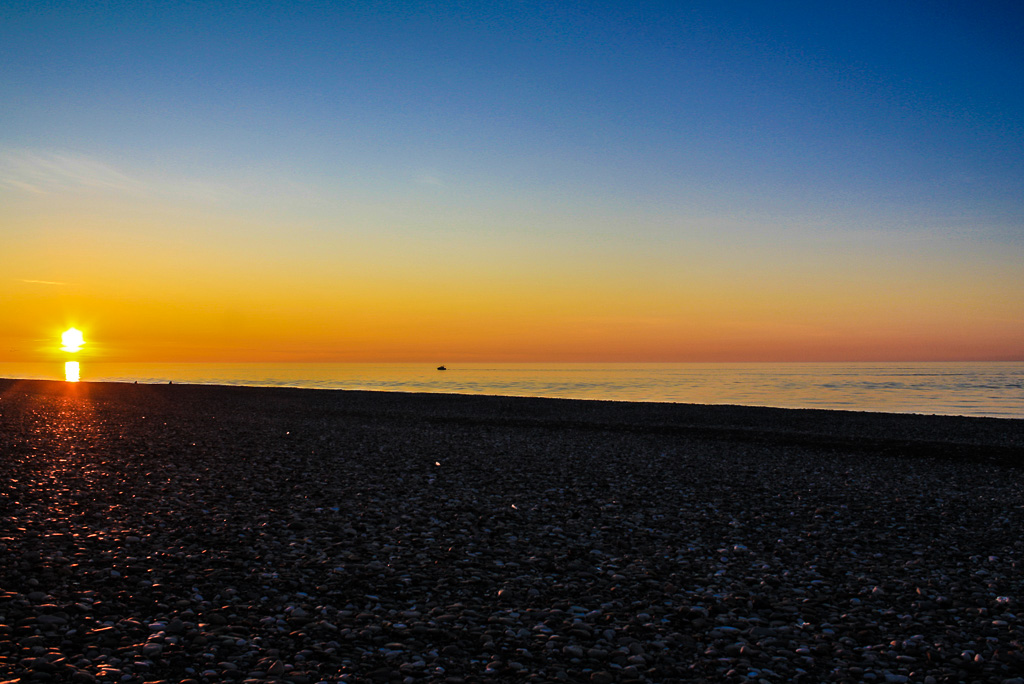 In Pictures: Batumi On The Black Sea

I visited Batumi after crossing the border from Sapi in Turkey, and was instantly met with a complete and utterly different culture. I’ve never felt such a change after crossing a border. From Turkey to Georgia the differences were immense, and instantly noticeable. Not just the currency or language- although these of course are very different- but the food, the culture, people’s mannerisms and lifestyle seemed to be completely different. This really was a new country for me, after having spent months travelling after Turkey. It was perhaps more European, but not really, not Russian, not Turkish. It was very unique. And that’s what made me love Georgia. 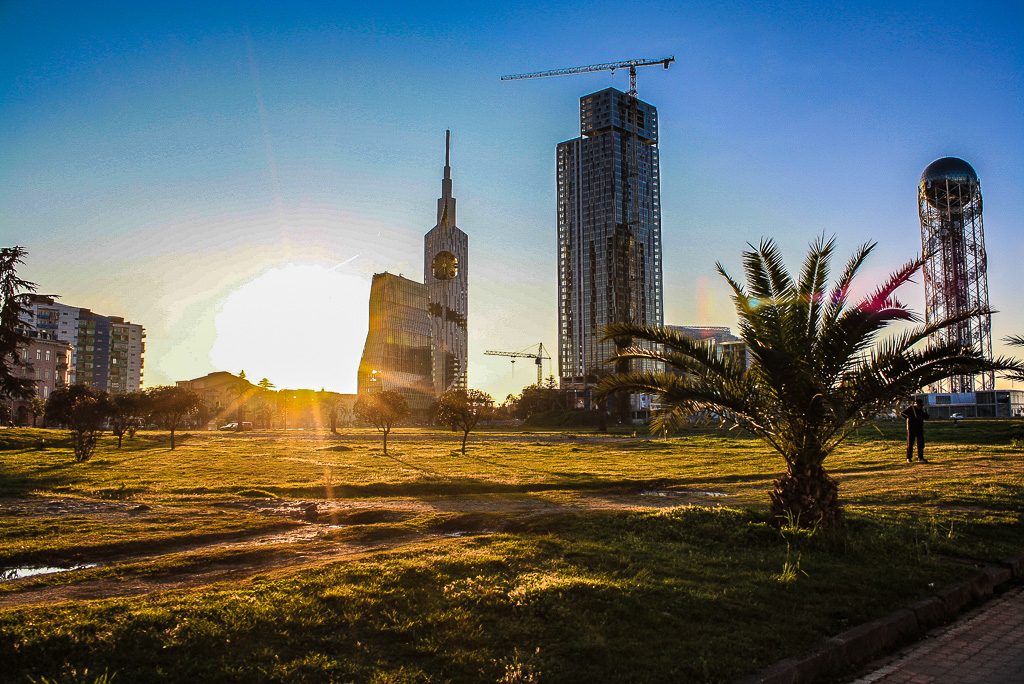 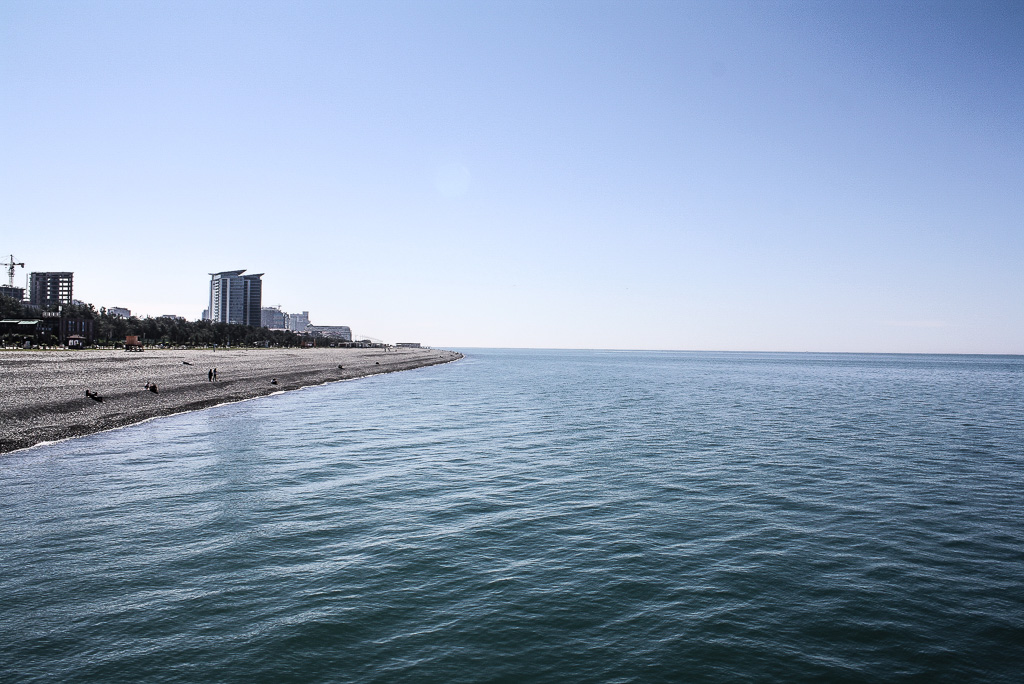 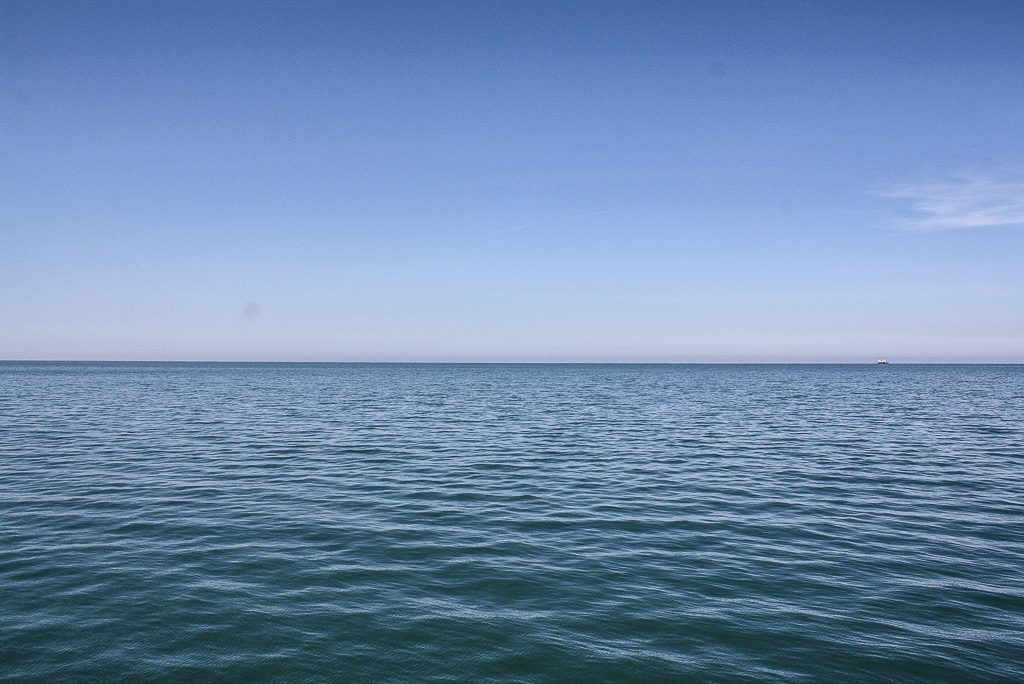 I found Batumi to be fairly small- as most Georgian cities are- and the city spreads out along the Black Sea coastline, with a huge promenade straddling the front for kilometres. This is the real centre of the city, where life happens, people walk and relax and drink and eat. In summer the beaches are full of party goers in the evenings and sunbathers during the day, even if the beaches are pebble, not sand. 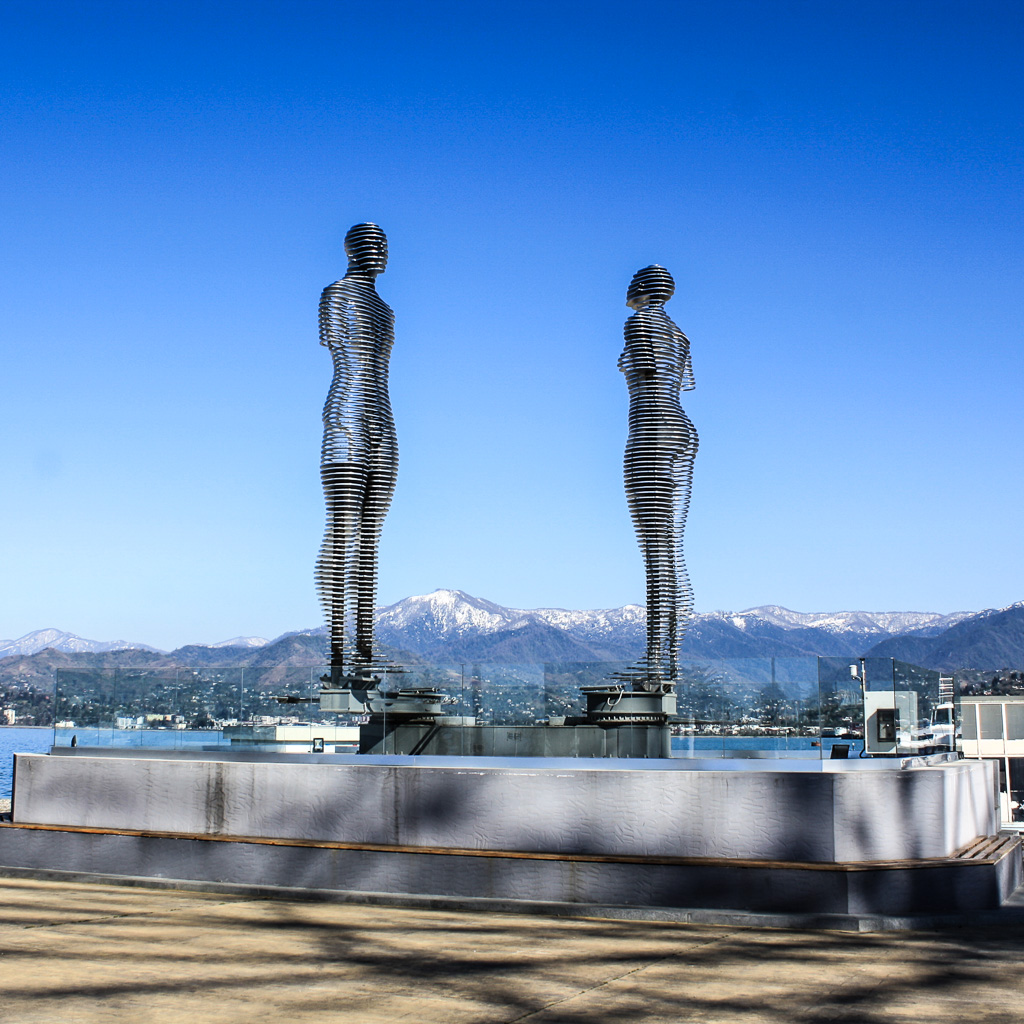 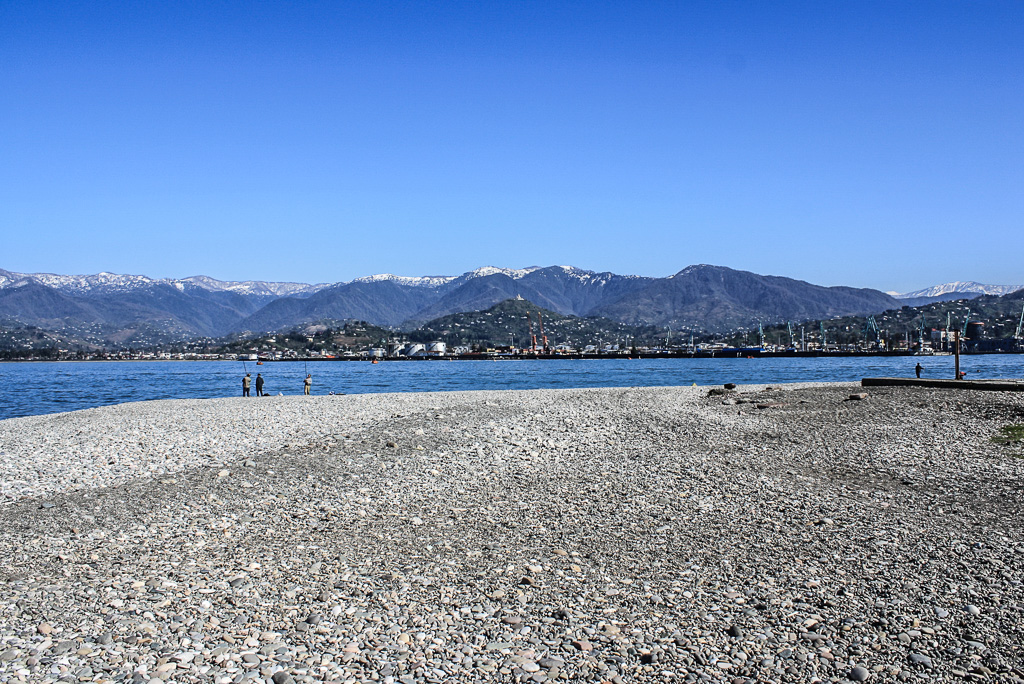 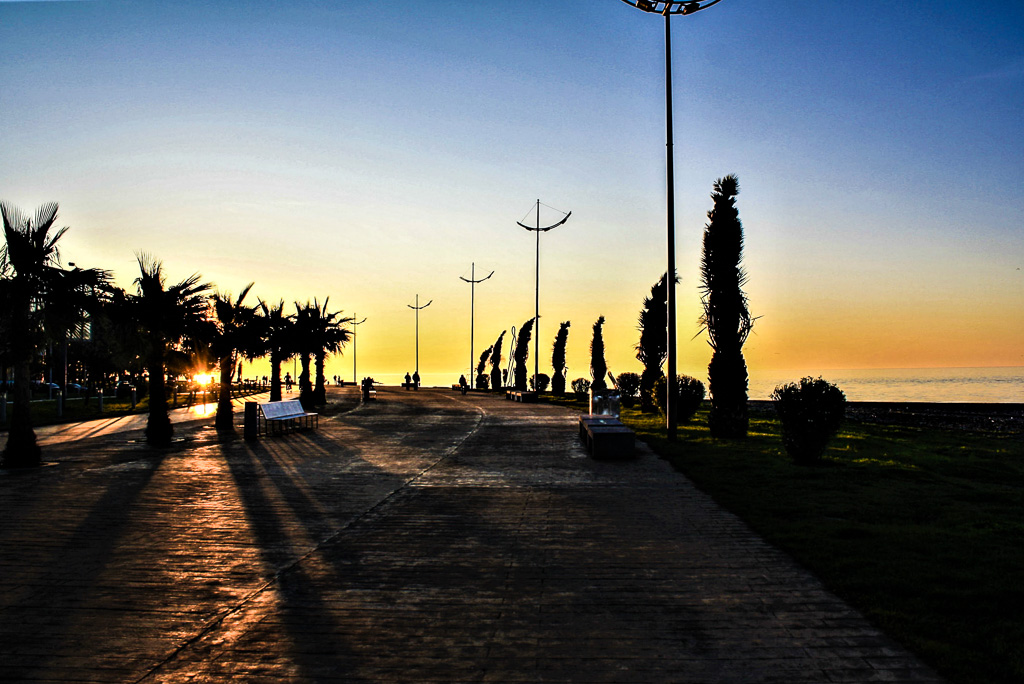 The city itself though, away from the pebbly beaches is a colourful affair, with apartment blocks and skyscrapers being built all the time alongside older, Georgian and Soviet style architecture. The streets are filled with tourists from nearby Turkey and Russia during hotter days, when the sub-tropical climate makes Batumi perfect for a holiday. 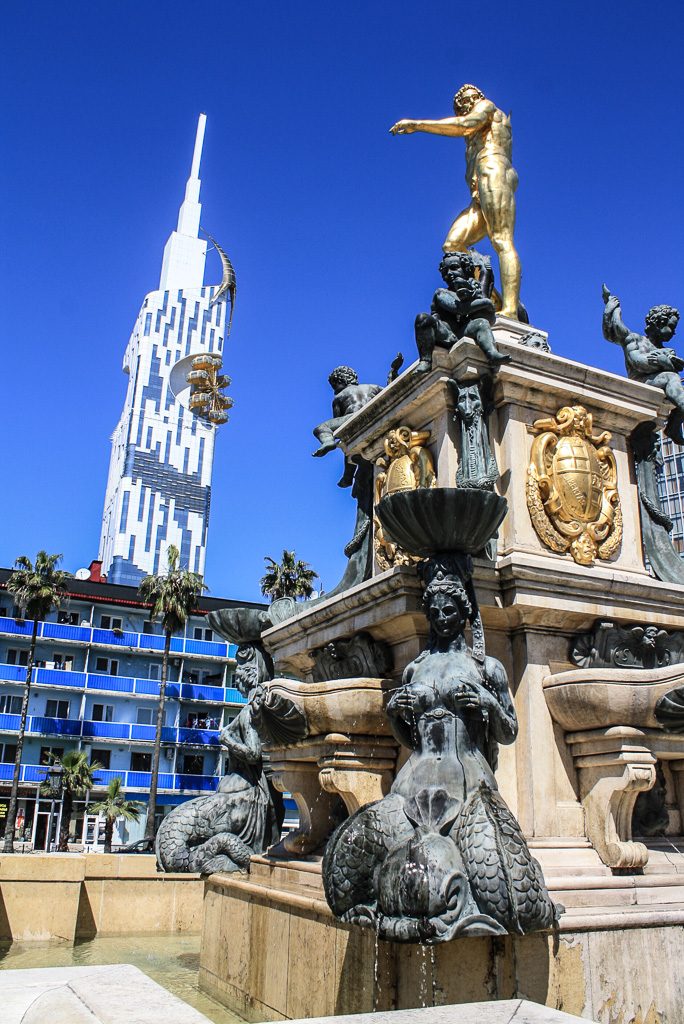 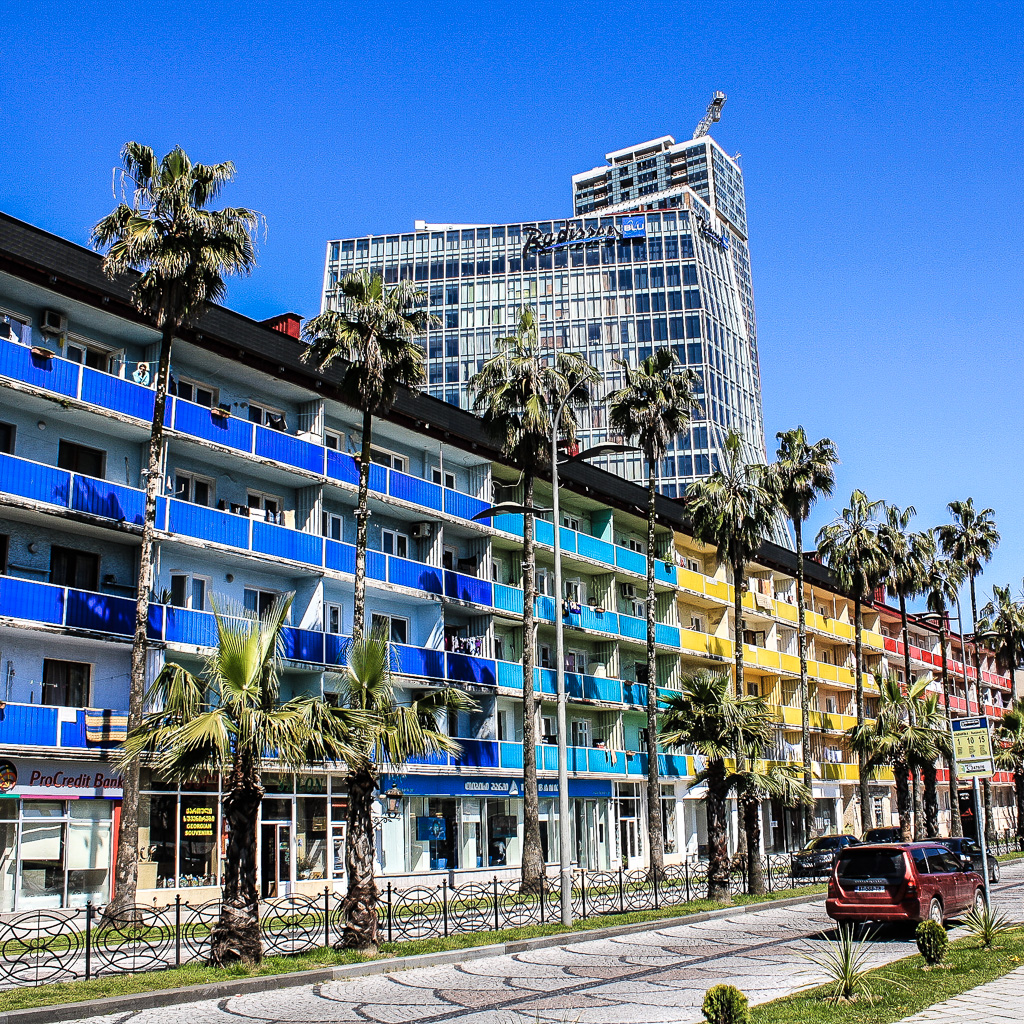 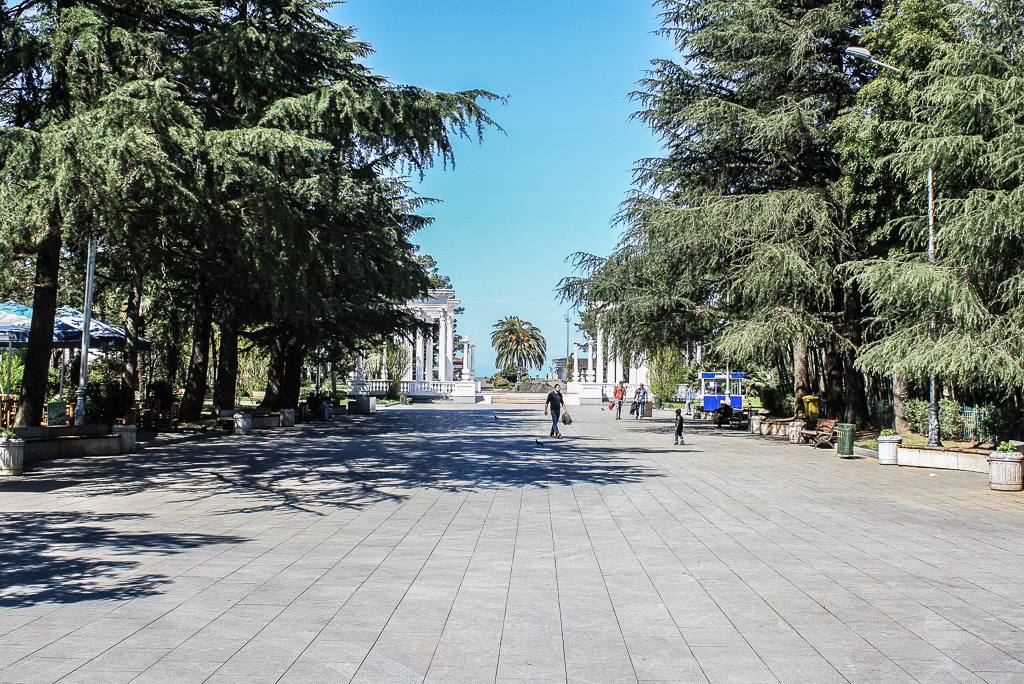 A long cable car runs to the top of a nearby mountain, a beautiful viewpoint over both the Black Sea and the city of Batumi itself. Inland, mountains and forests rise away from the coast, while along the shore, the beaches stretch along the sea, lush with trees, and vegetation that blooms in the hot, humid climate. 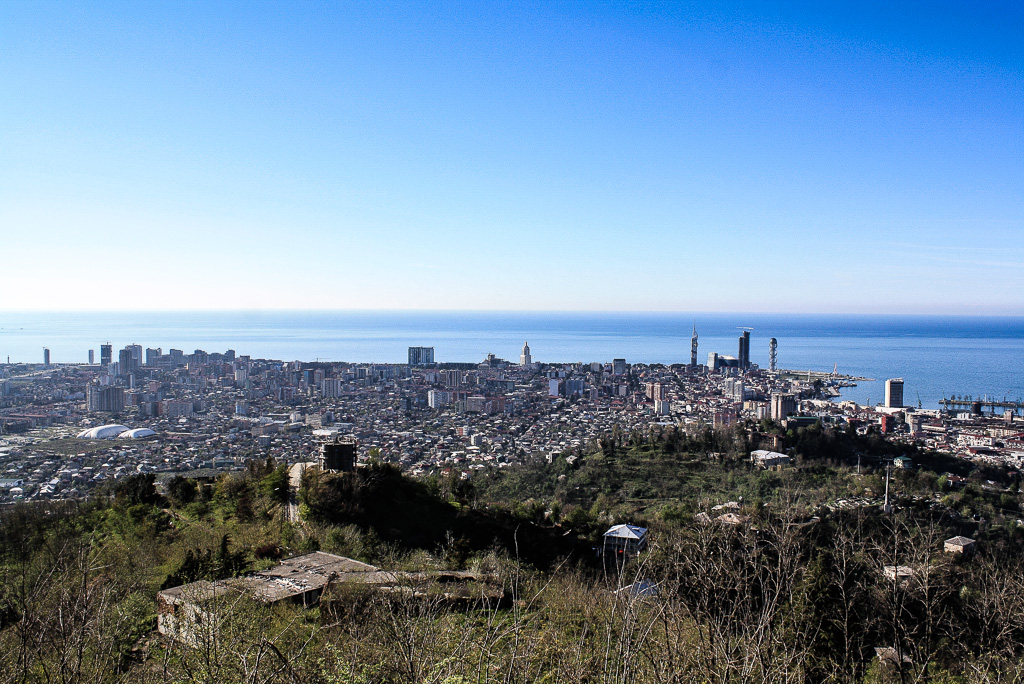 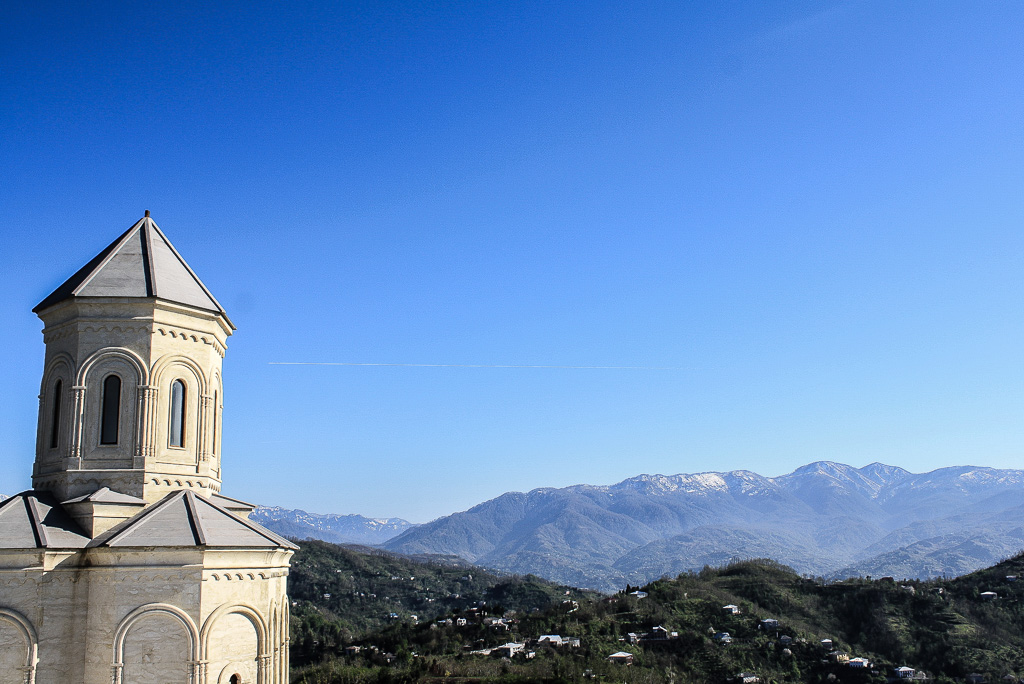 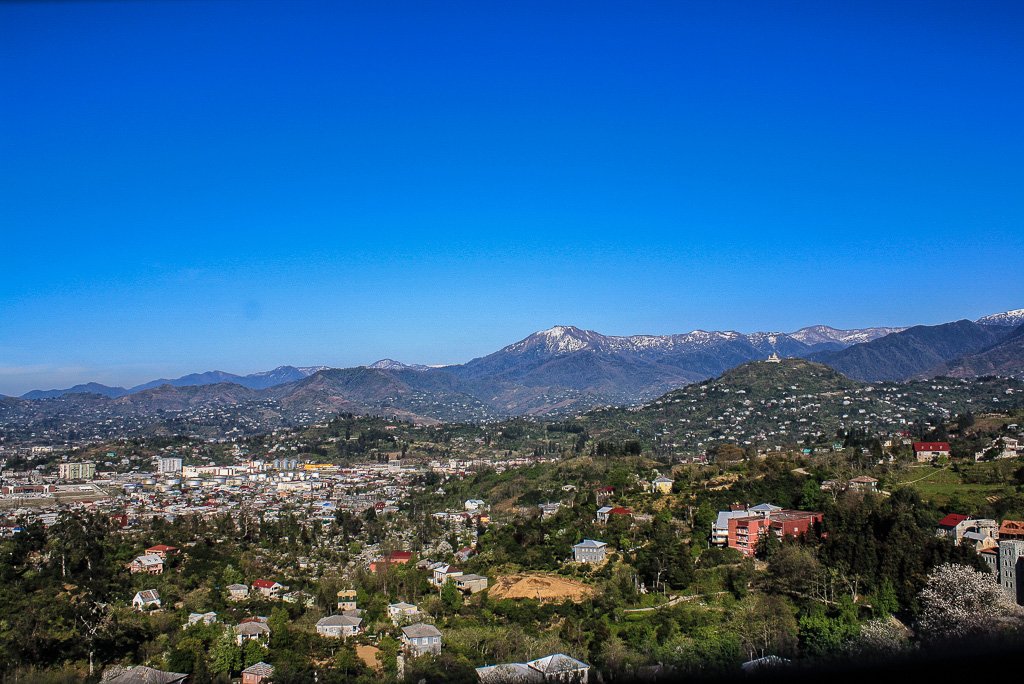 Along the sea front it’s easy to lose yourself amongst the locals fishing from the piers and along the beaches. It’s a relaxed life in Batumi, but there are plenty of opportunities to hike out into the forests, and nearby National Parks or along the spectacular coastline. 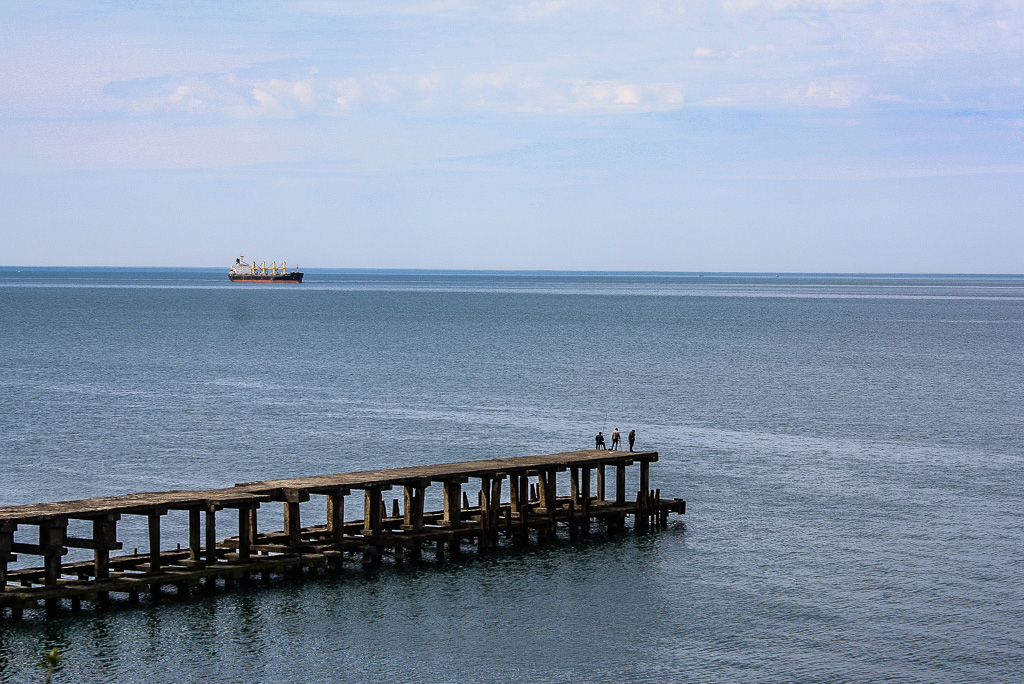 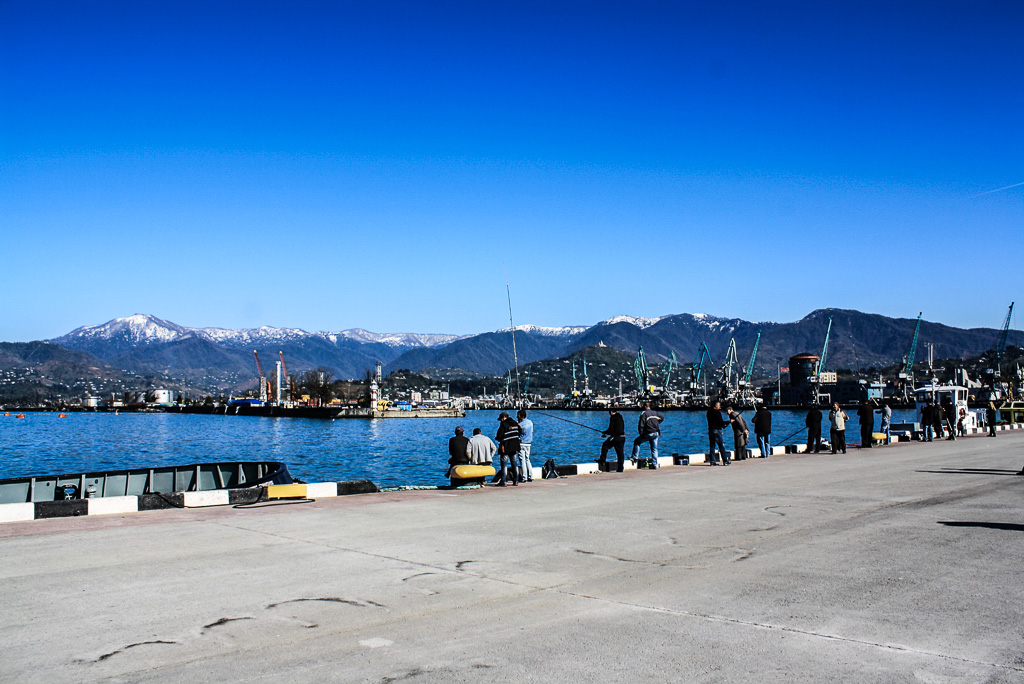 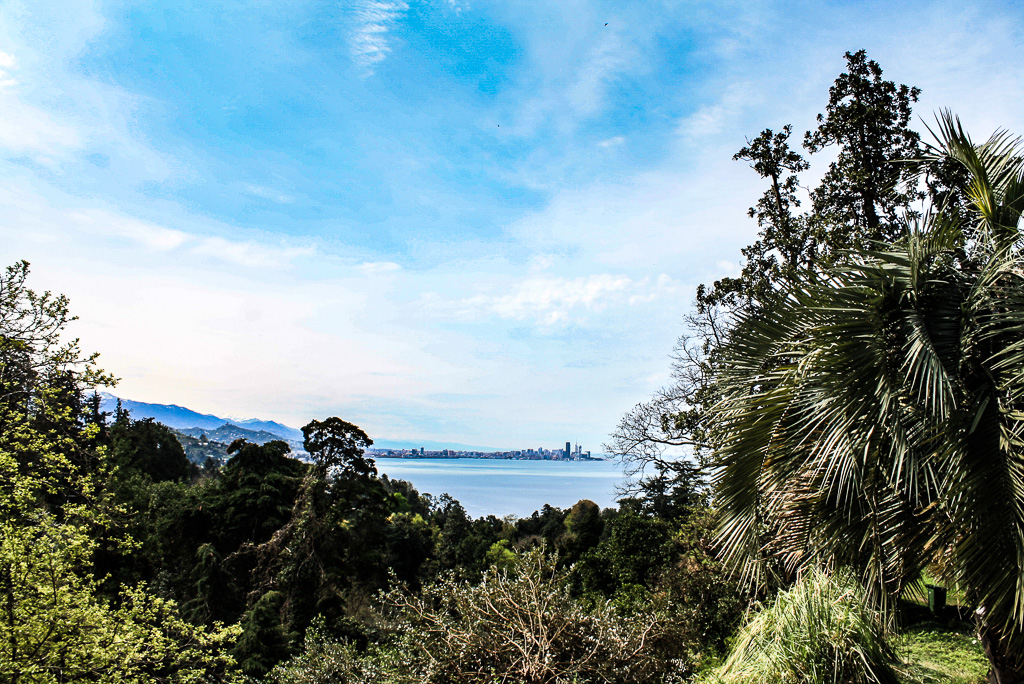 Batumi is a city that I have no doubt will become a popular tourist destination with travellers from across the world- it’s already popular with the neighbouring countries of Russia and Turkey- and it will become more built up, perhaps more resorty than it is. But as long as it doesn’t lose the charm of it’s pebbly beaches and long boulevard, and the nearby forests and mountains remain untouched, it will be a beautiful place to visit and to experience the Black Sea.

I for one, will return for more beers and more walks along the Black Sea shoreline of Batumi! 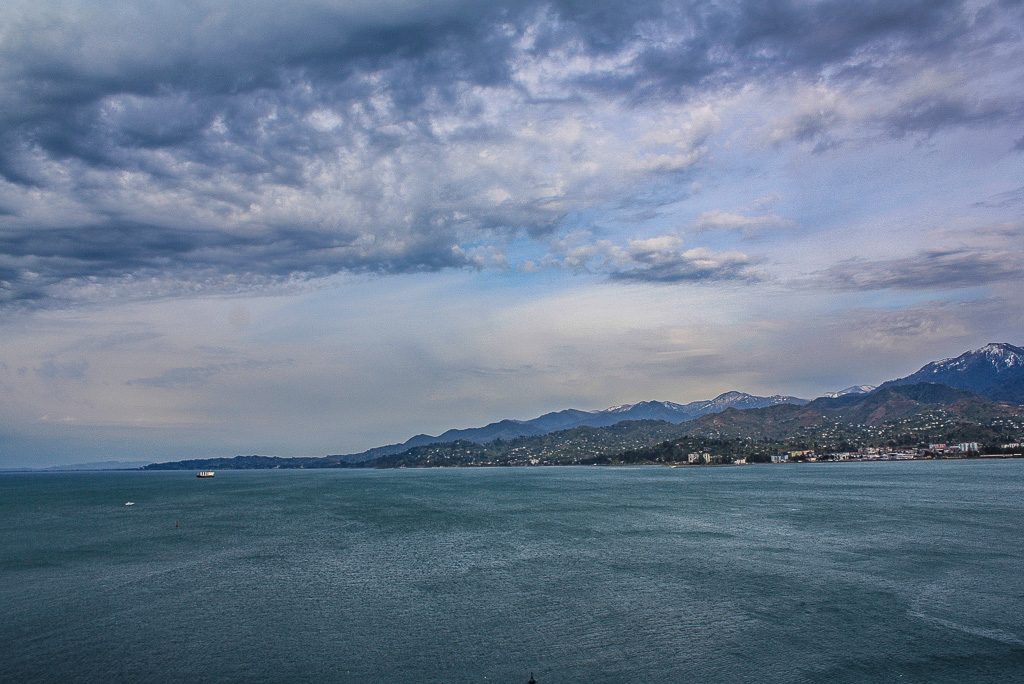 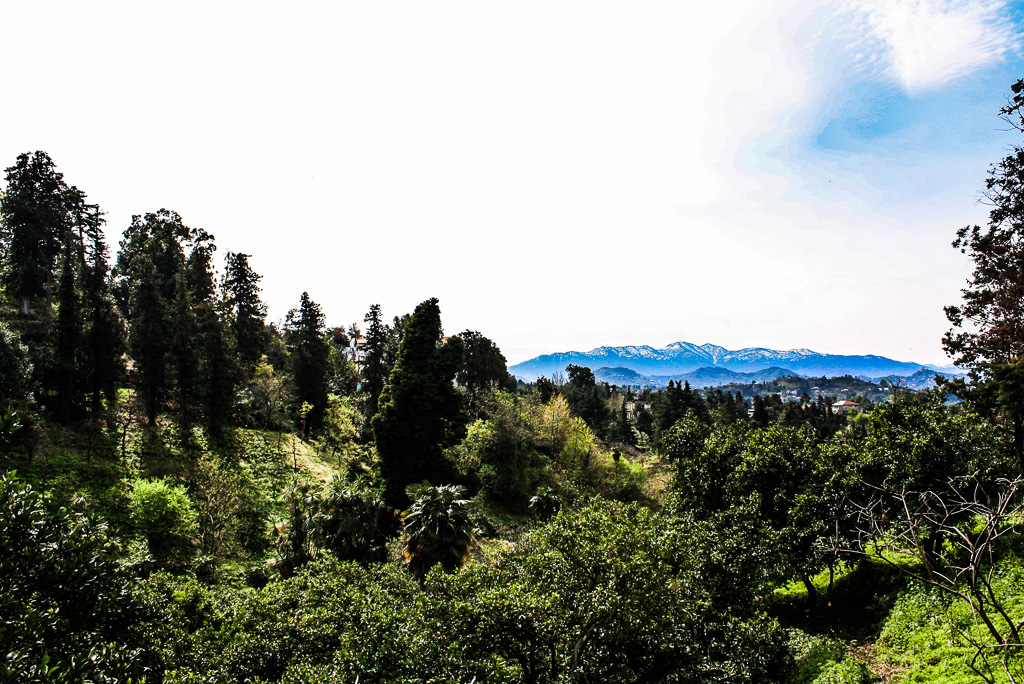 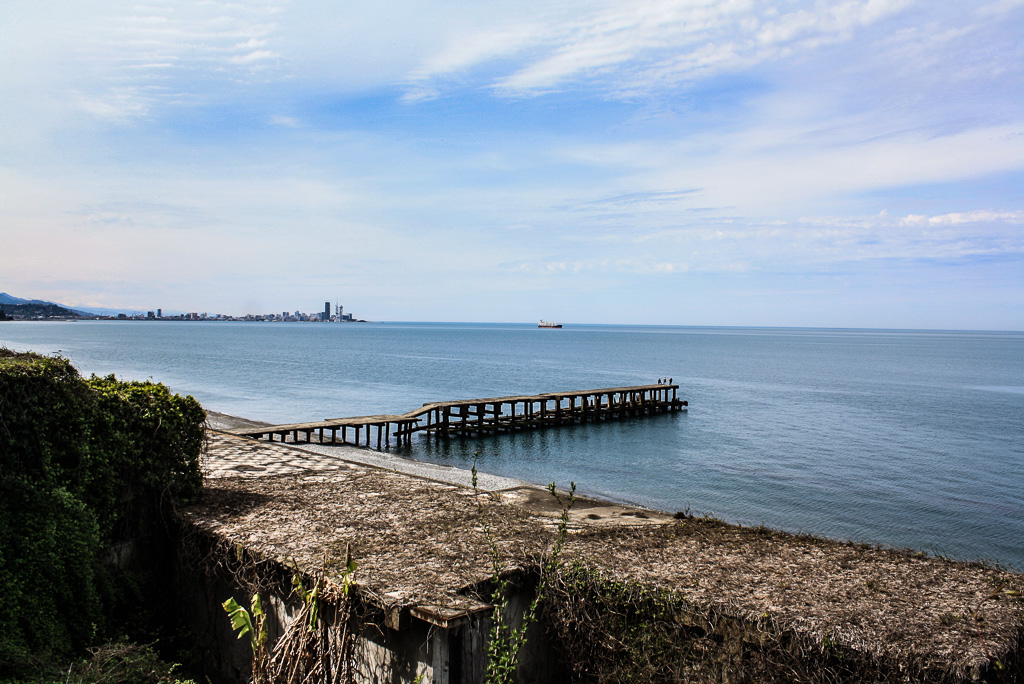 All Words And Photographs By Richard Collett

Travelling to Batumi? Sign up for Air BnB to book your accommodation using this link HERE and you’ll get £25 free credit towards your first booking!