Bathing with the Romans 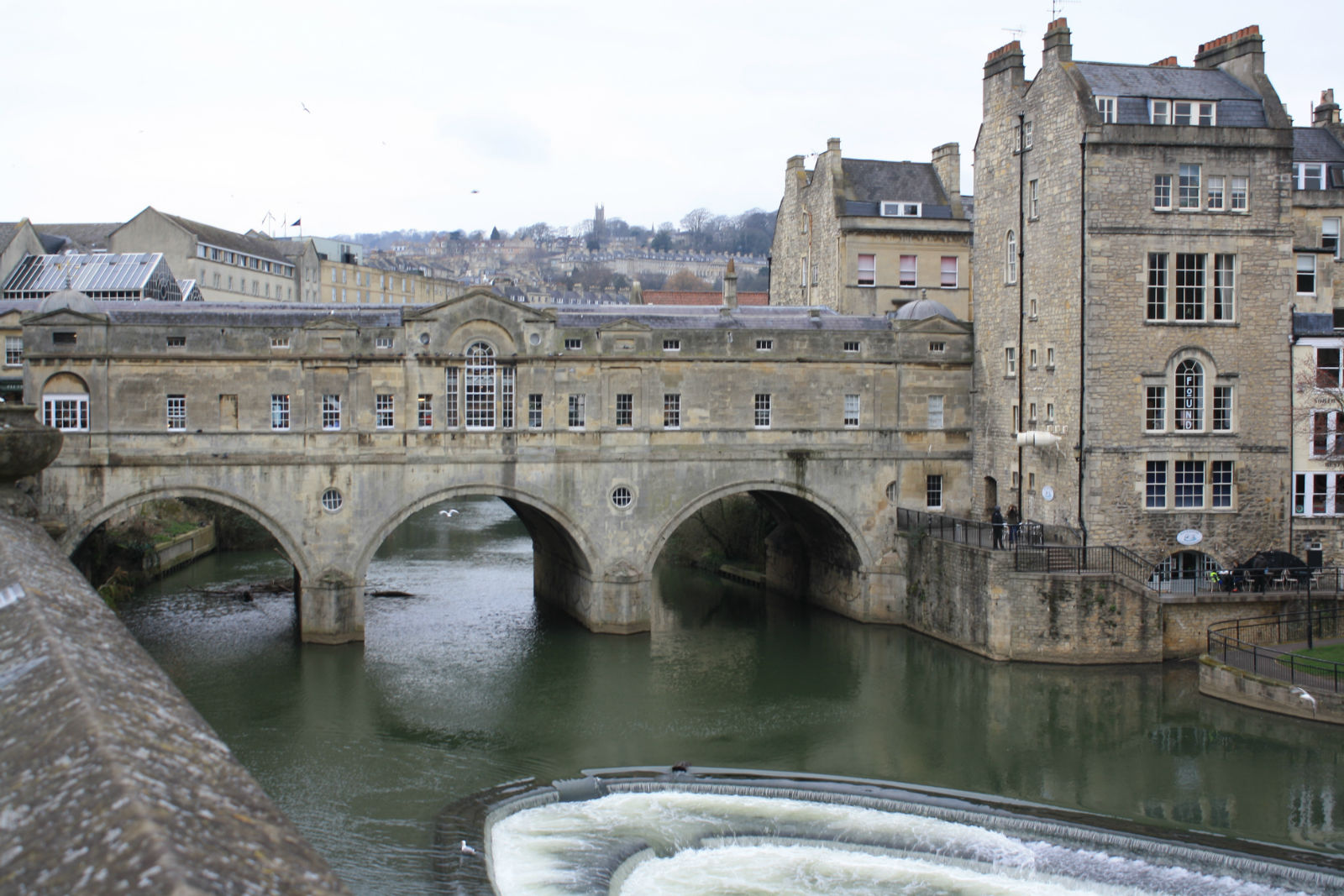 The inhabitants of Bath have long lived in awe of the hot water that flows from the natural springs the city was founded on.

The invading Romans built the first baths, and ever since people have traveled from far to bathe in the waters. I went to Bath in pursuit of its historic legacy, I went to bathe as the Romans did. 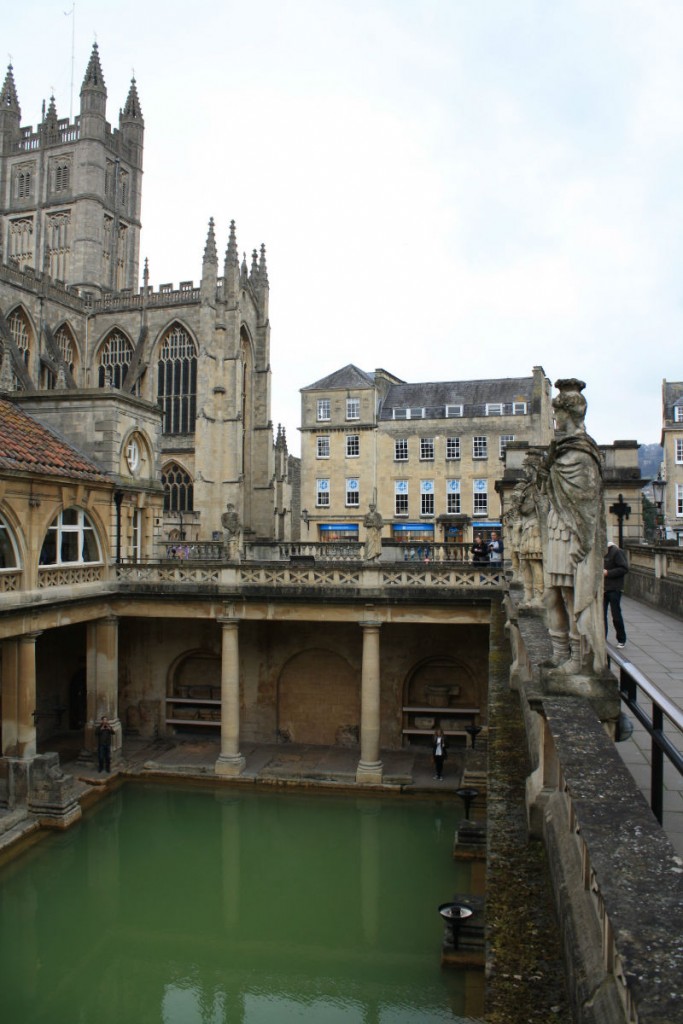 Legend has it that King Bladud, a King of the Britons, founded the first bath after seeing pigs rolling around in the mud near the River Avon. King Bladud had leprosy, and presumably being fairly desperate at the time, decided to roll around with them. Miraculously, he was cured. Some say the waters even gave Bladud the power to fly. In many ways, the waters of Bath have made the man a candidate for Britain’s first and possibly least well known superhero, or so the legends go. 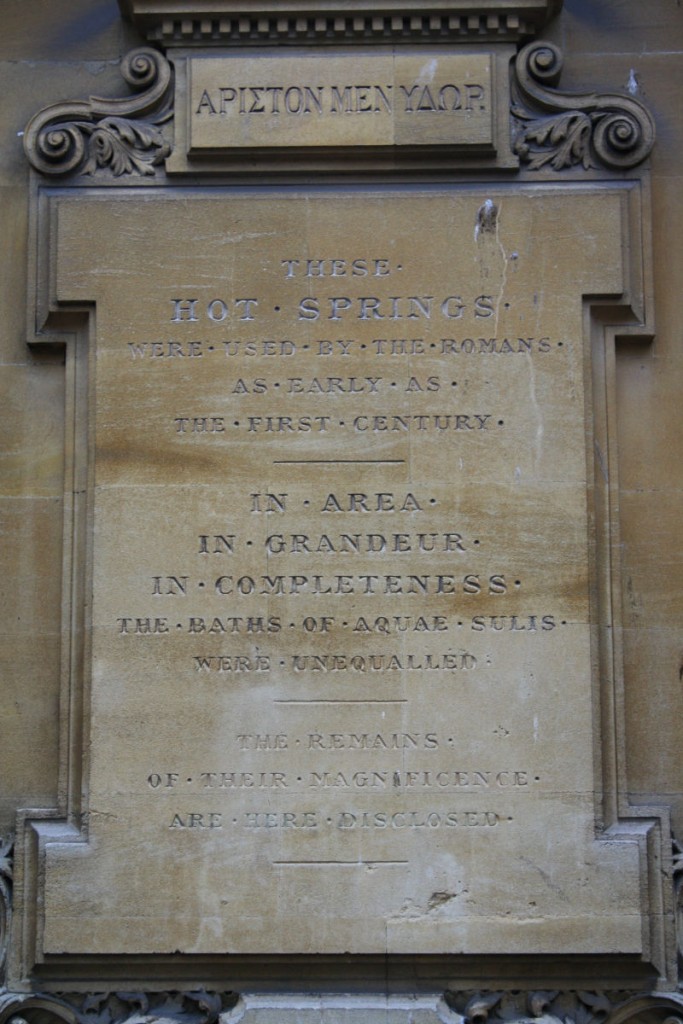 After the Romans crushed the barbarian Celtic hordes that called these lands home, they built a town in the ashes that would flourish. Over the next 300 years the town of Aquae Sullis- as the Romans called Bath- would become a place of leisurely pursuit. Seneca, that great philosopher, marveled that at the baths ‘there was always someone jumping in with a tremendous splash’. As stories of the healing powers of the springs began to spread, it would also become a place of supposed curative power, as well as a place of worship. 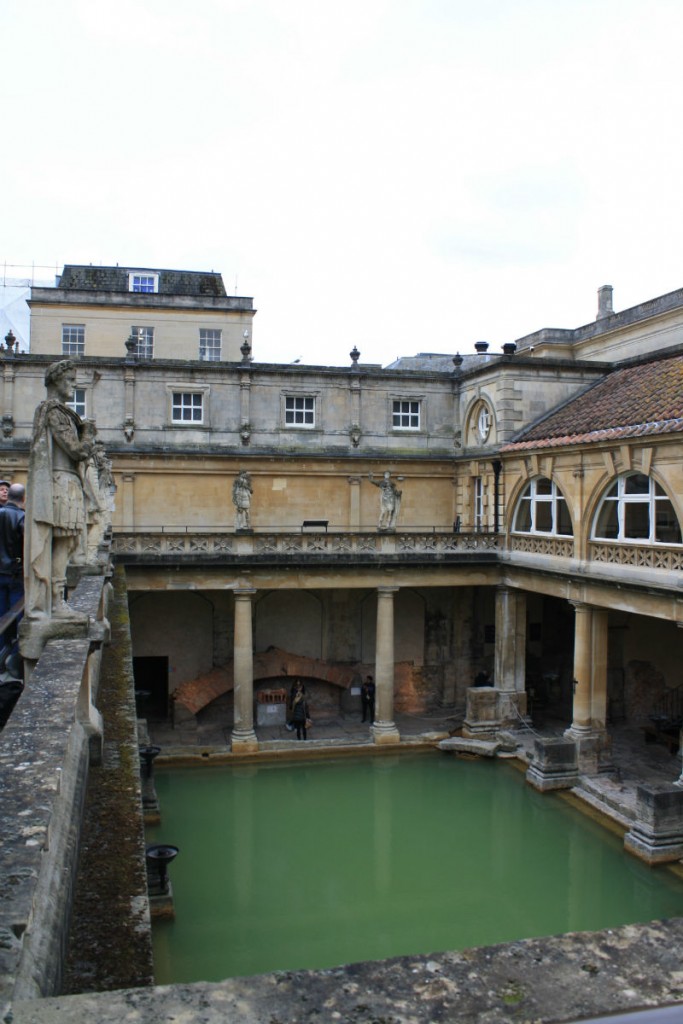 The Romans built a temple, dedicated to the Goddess Minerva on the site of the springs. Just as the Britons had, they worshiped the hot waters, and the healing nature of the springs. But rather than rolling around in the muck with the pigs, the Romans brought their sophistication- their civilization- to Bath. 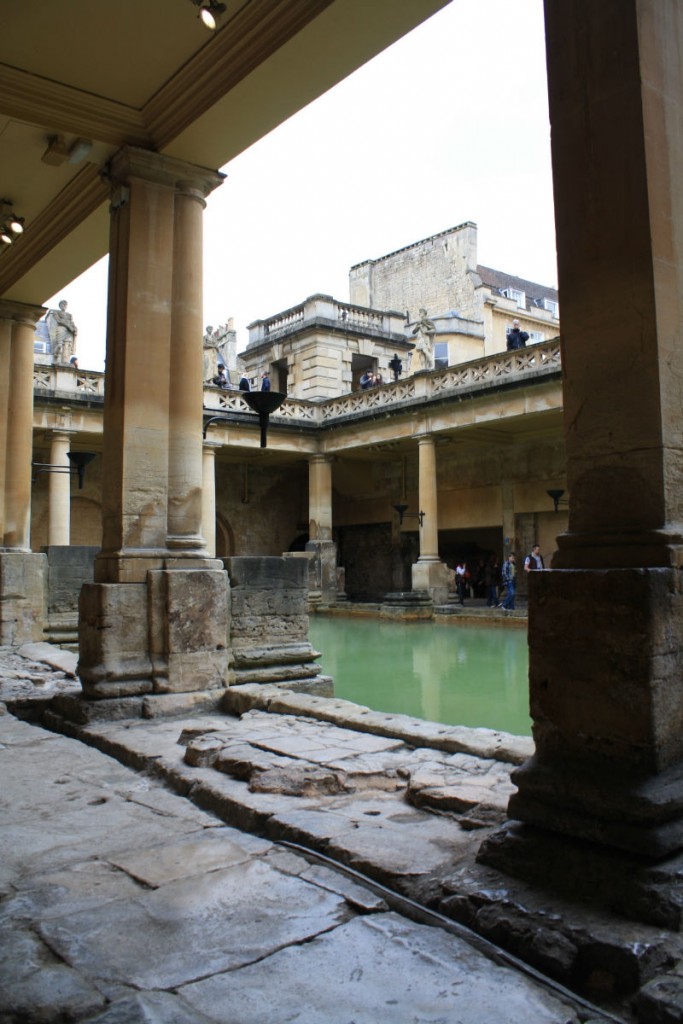 The Roman baths were kitted out the great technologies of the day. The hot waters were used to heat up saunas and warm the changing rooms. The Romans really brought the heat. 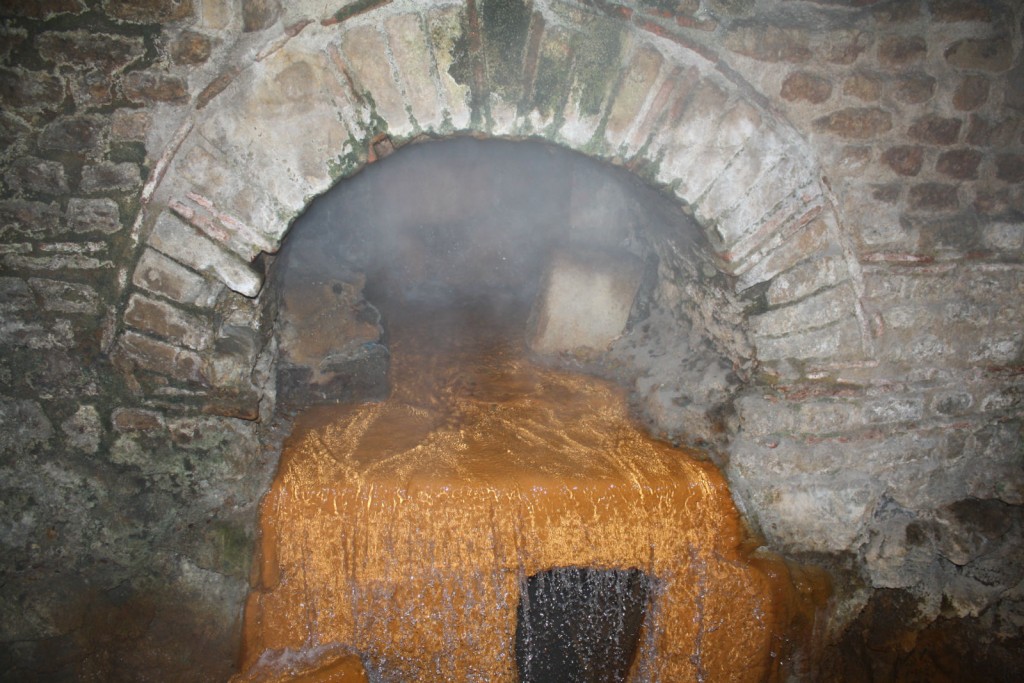 The baths and buildings that stand in Bath today are a replica built on ruins. After the Romans left Britain, instability caused the baths to fall into disuse. Bathing wan’t really a thing in the Dark Ages. In the years since they have been revived, but it wasn’t until the Victorian era that they really took off again, when cleanliness started to become a thing again. The Pump Room was built, and the baths were constructed on the remains of the old Roman site, in grand, Victorian fashion, complete with statues and columns.

The waters may have had the power to heal, or even to make you fly in ancient times, but the green tinge is from algae and bacteria, and for fear of disease people are no longer allowed to bathe where the Romans once did. I did try the filtered hot spring drinking water. I could really taste the minerals. I have to admit that Evian has a better taste though.

I let the unexpected and confusing accent of Bill Bryson’s voice on the audio guide take me back to Roman times. 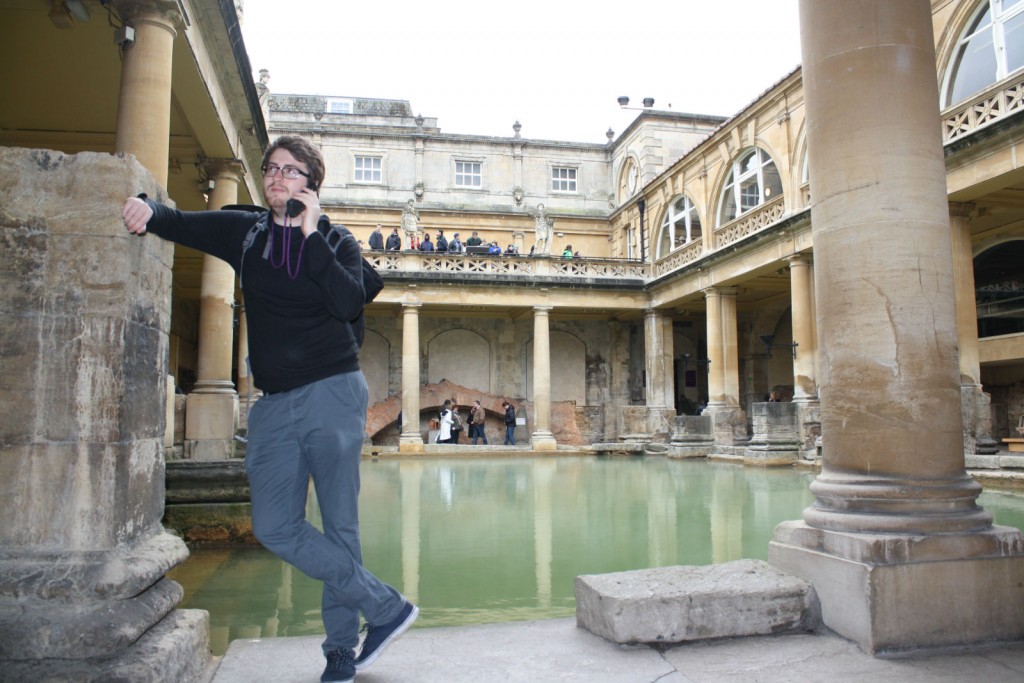 At times, it felt as if Bill had actually lifted me from our modern age and placed me with the Romans. There were even real life Roman townspeople hanging around. Maybe the dodgy water had taken its toll on my senses. 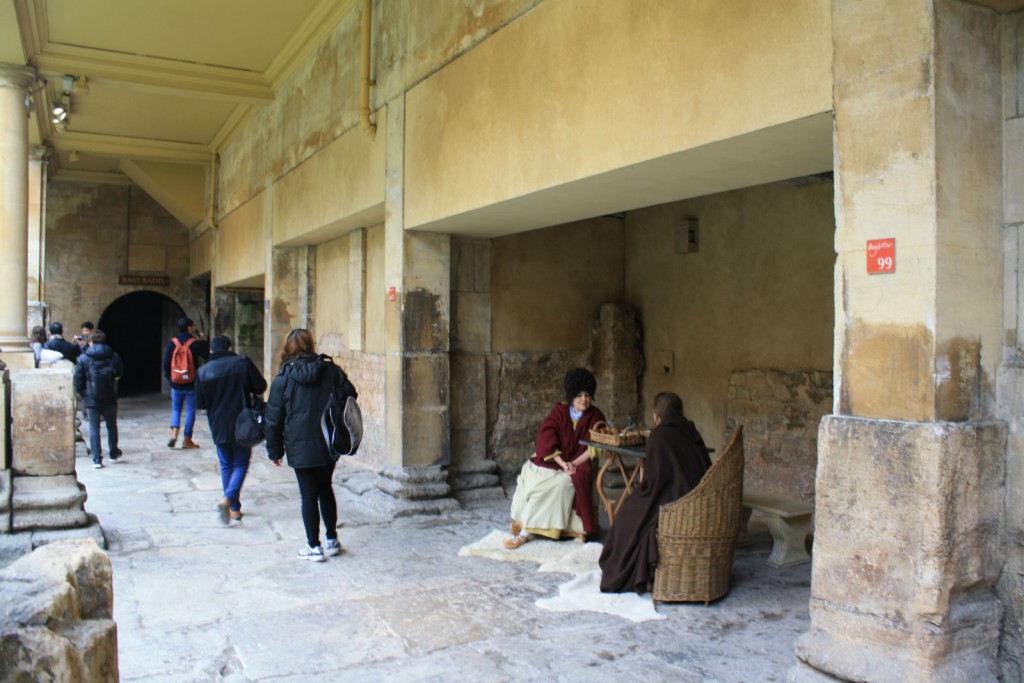 If staring at murky warm waters and statues of Roman Emperors and obscure Provincial Governors isn’t enough for one day, then the museum is a veritable hot spring of information and artifacts. 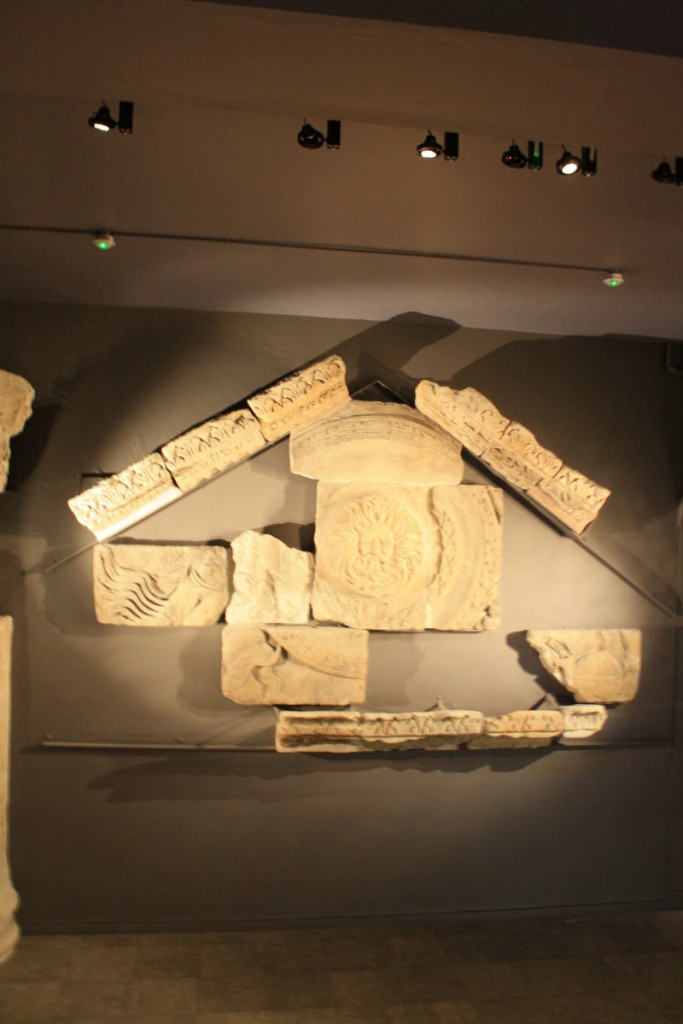 Including this terrifying, yet somehow magnificent Romano-Celtic hybrid monstrosity they call a Gorgon. 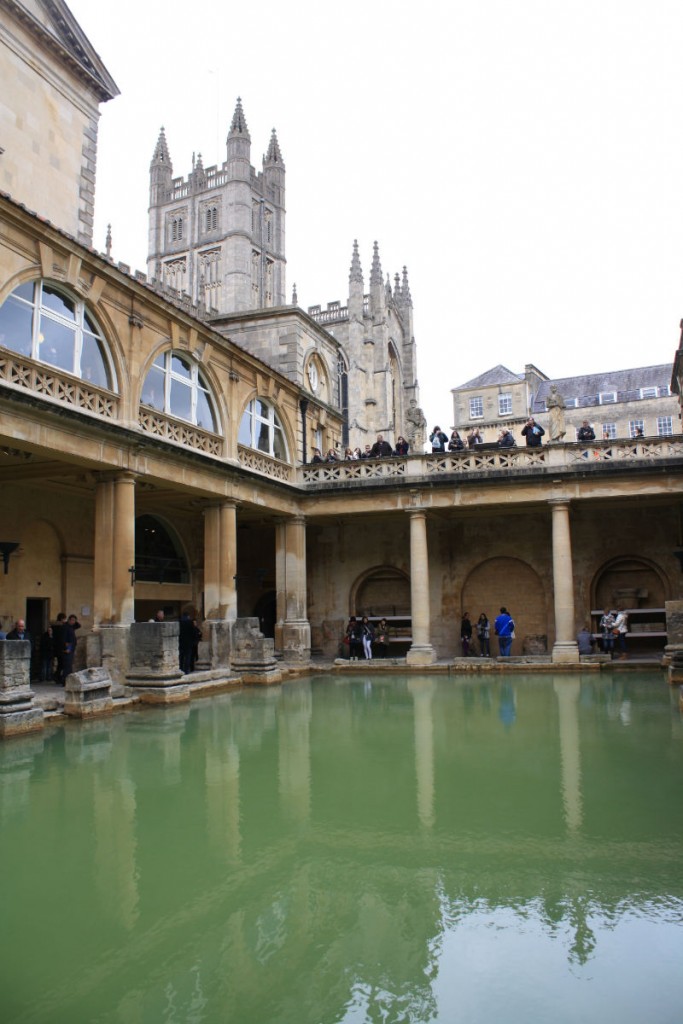 The rest of Bath is fairly marvelous to look at too. That’s the Pulteney Bridge,  a feat of Georgian architecture. 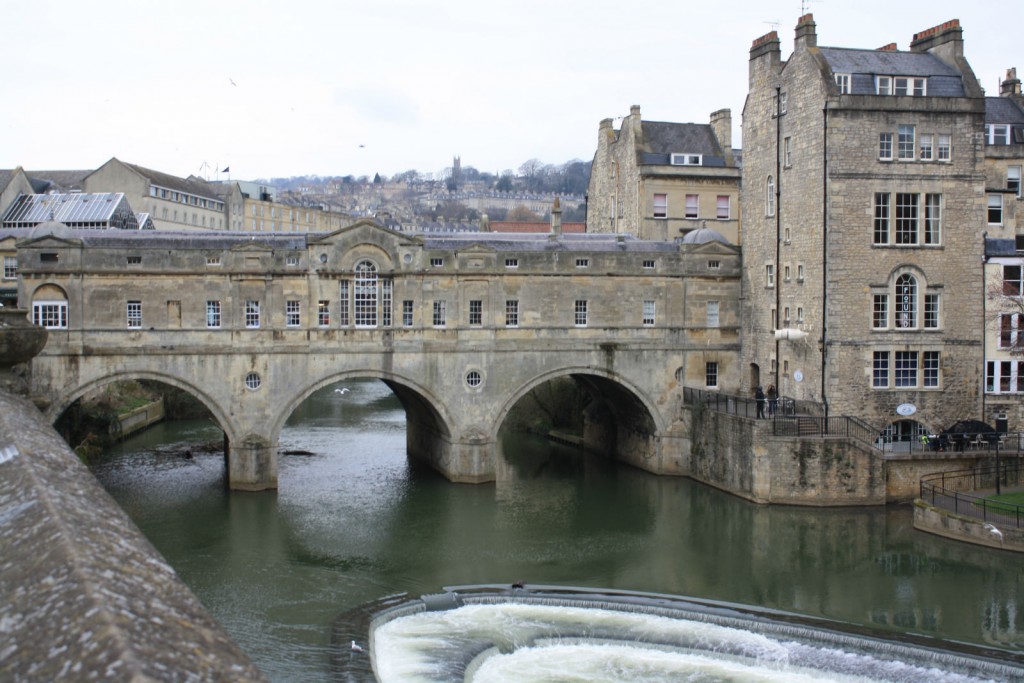 The people of this fine British city really have got the important things figured out. Hot springs to bathe in, and Gin to clear the mind. 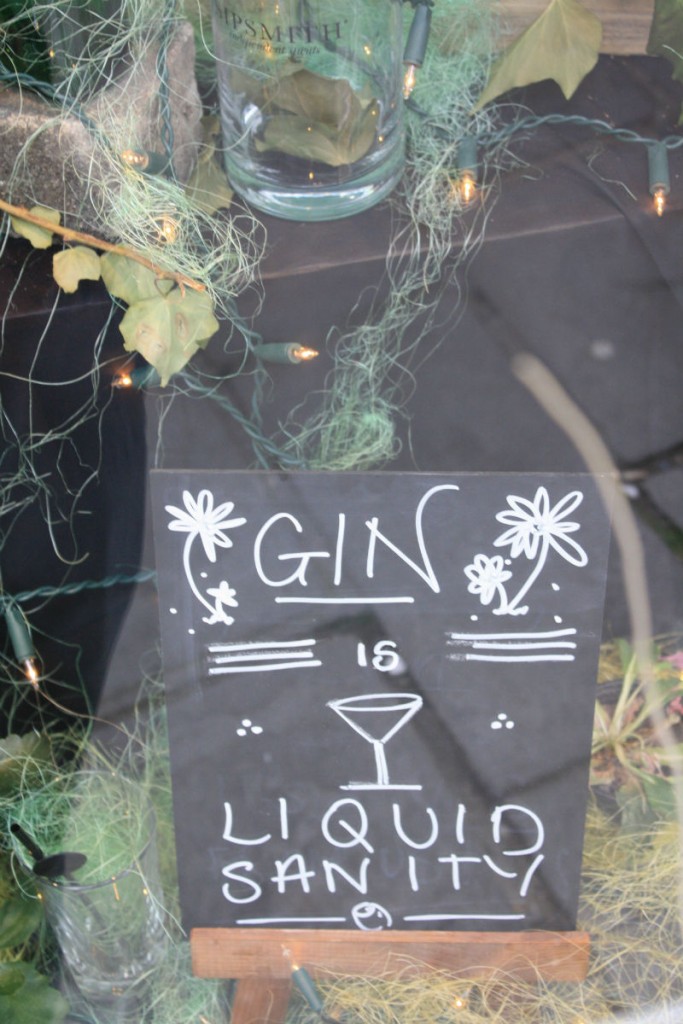 The Roman Baths may be off limits for bathing now, but you can visit the Thermae Baths around the corner which use water from the hot springs. There’s even a heated rooftop swimming pool.

For more exciting Roman history, why not explore the Catacombs of Rome?