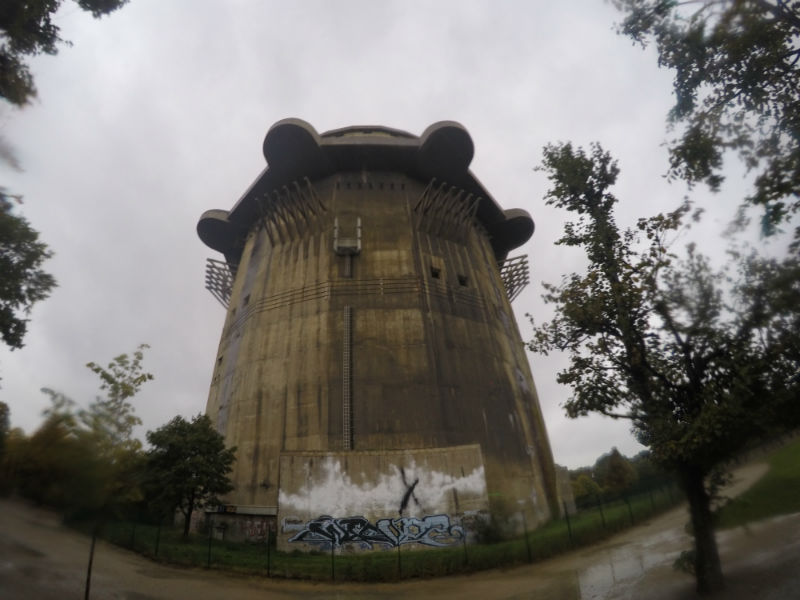 In Vienna, there’s not too much left to see of the war years.

Grand, Hapsburg era palaces may stand proudly next to elegant, modern buildings, but it’s a challenge to find any reminder of the years 1939-45. In the city park of Augarten though, two concrete monsters from Hitler’s Third Reich have been left standing, but Have these giant World War II Flak Towers been left untouched as a monument to war or because they are simply too monstrous to be destroyed? 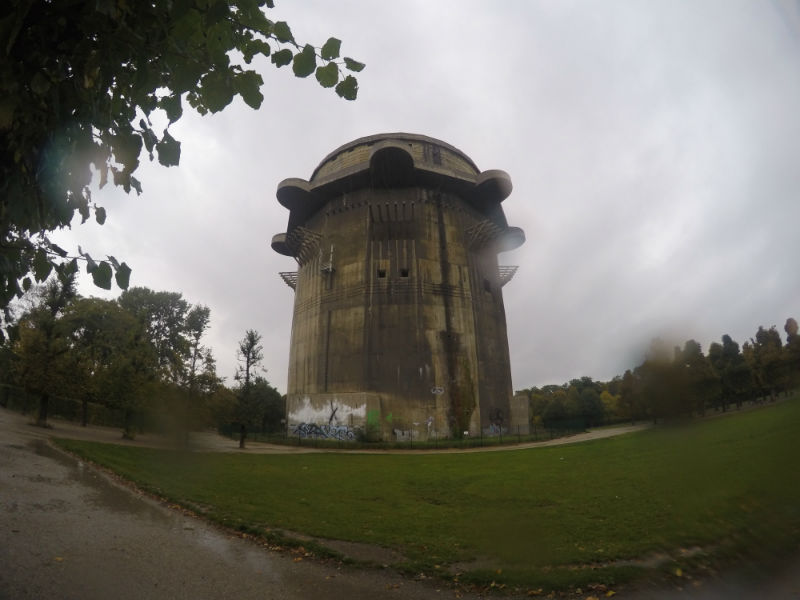 Perhaps rightly so, the Austrians just wanted to forget the dark times of the war years. After the war, the nation rebuilt itself, avoiding communism and proceeding to successfully convince the world that Hitler was in fact German. Take a walk around the city, and the war seems to have been swept under the metaphorical carpet years ago. The Viennese would rather you were awed by the grandeur of the Austro-Hungarian Empire, or listened to a spot of Beethoven. 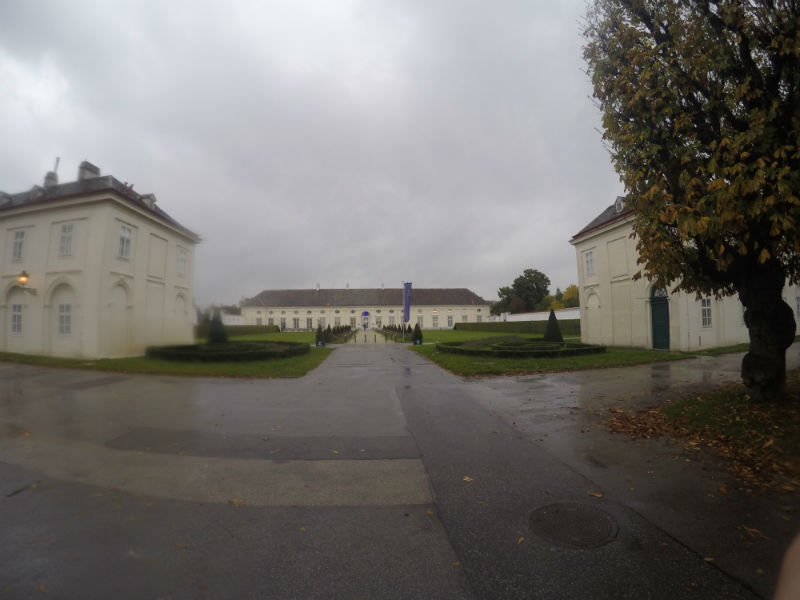 I made my way to Augarten during my visit to Vienna, a park just outside of the city centre, to find one of the few reminders left of World War II. Or more specifically, two of the reminders left over.

Augarten is itself a grandiose park. Tall, perfectly trimmed trees line the perfectly symmetrical boulevards. And the tall trees perfectly hide the monsters lurking within the park.

Walking through Augarten, over the top of a line of trees a huge concrete tower suddenly reared its ugly head. This was the first of the two flak towers which were built in the park during the war, perfectly positioned to cover the city centre from their position here.

The towers were constructed on the specific orders of Hitler himself. Others were built in Hamburg and Berlin, to protect the greatest cities in the Reich from Allied bombers. Weapons were installed on top and the solid concrete mass could be used as shelter by thousands of people. 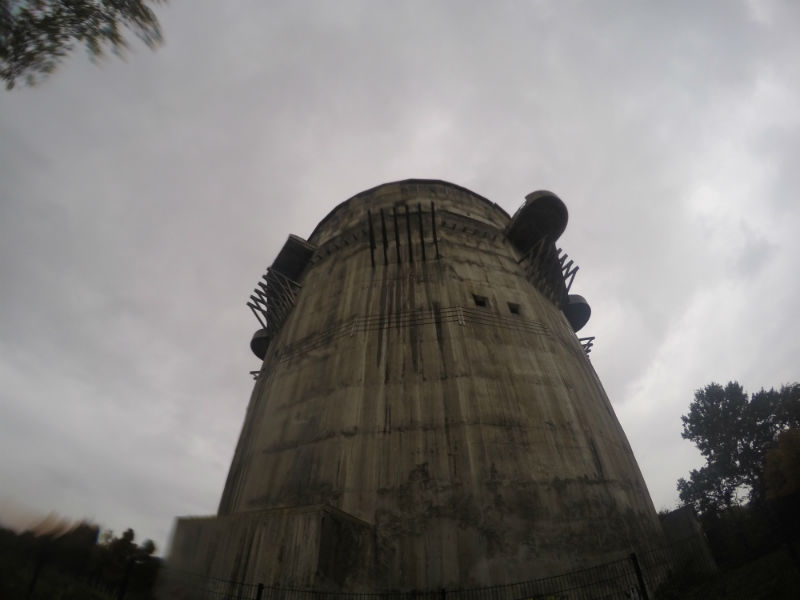 In Vienna, six were built, all coordinated to fire death into the sky around the city. And all six still remain in the city still. Built in pairs, the round building was designed as an attack tower and the second, more rectangular tower- which soon also reared its concrete head above the trees- was the communications tower. 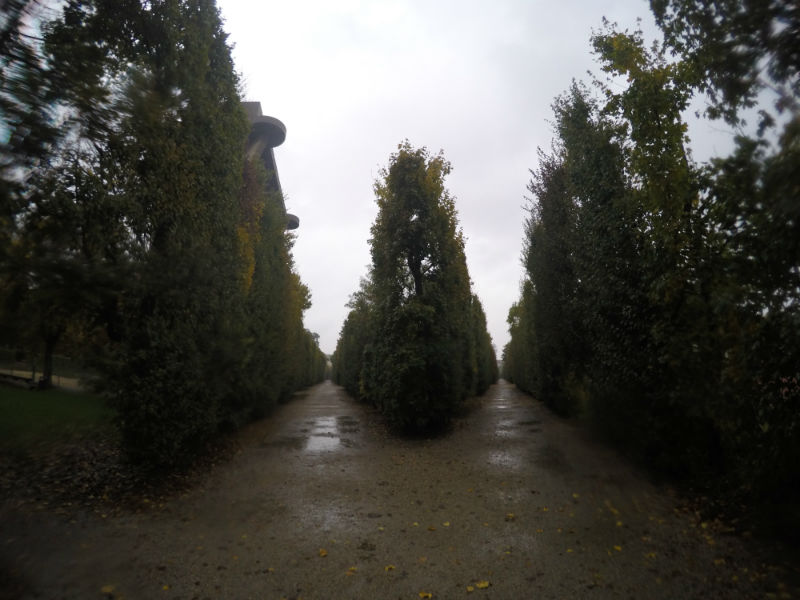 There’s no information, or memorials, or anything really around the towers. Except for a wire fence and some graffiti. Now they have though become a memorial of sorts themselves to the war years. 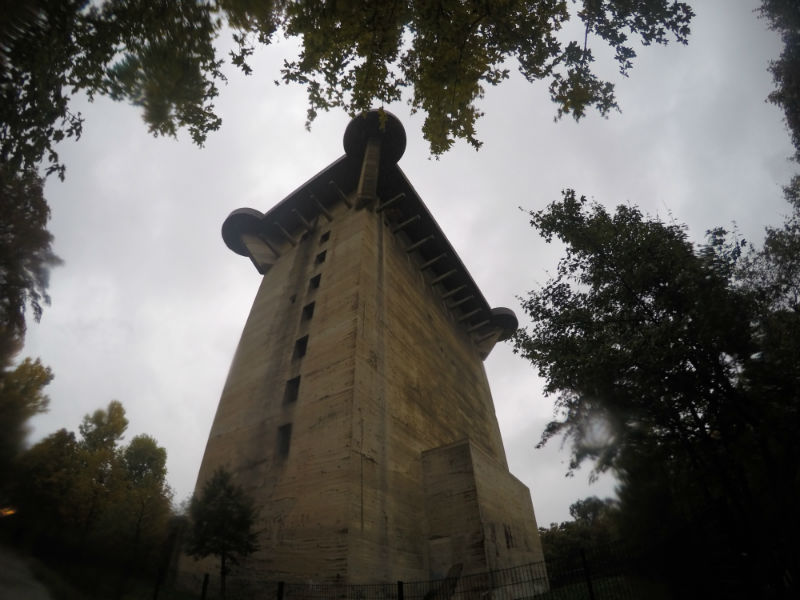 The British tried at first to destroy them, then the Soviets tried too. The concrete structures were too well designed to crumble even in the face of high explosives. Years on, they are still standing tall in the park. Intentionally or not, they have become a landmark on the Vienna skyline, but to the generation that fought the war they might well have just been an unwelcome reminder.

Augarten is a public park in the Leopoldstadt district of Vienna, just across the river from the city centre. You can even have a drink at a bunker which has been converted into a bar.

It was tipping it down with rain when I visited, so please excuse the water soaked Go Pro pictures in this article! 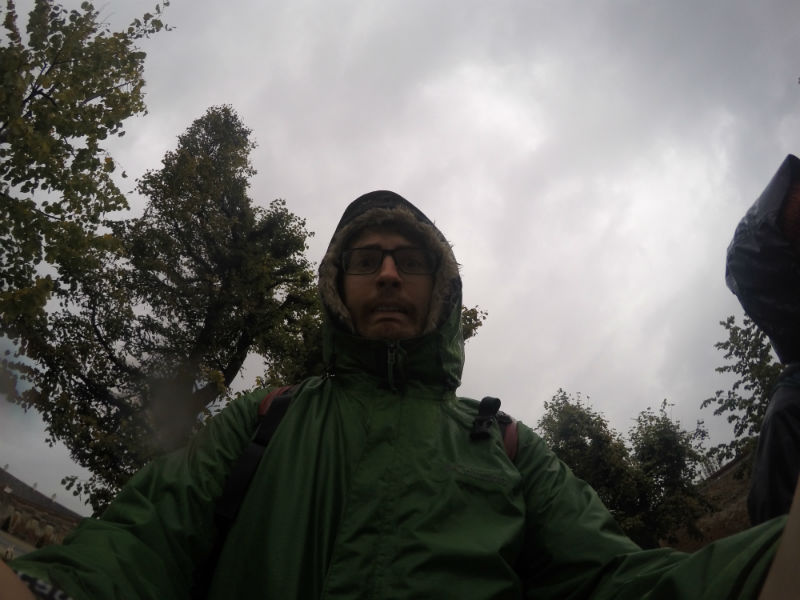