Surviving A Holiday To The Breakaway Republic of Transnistria 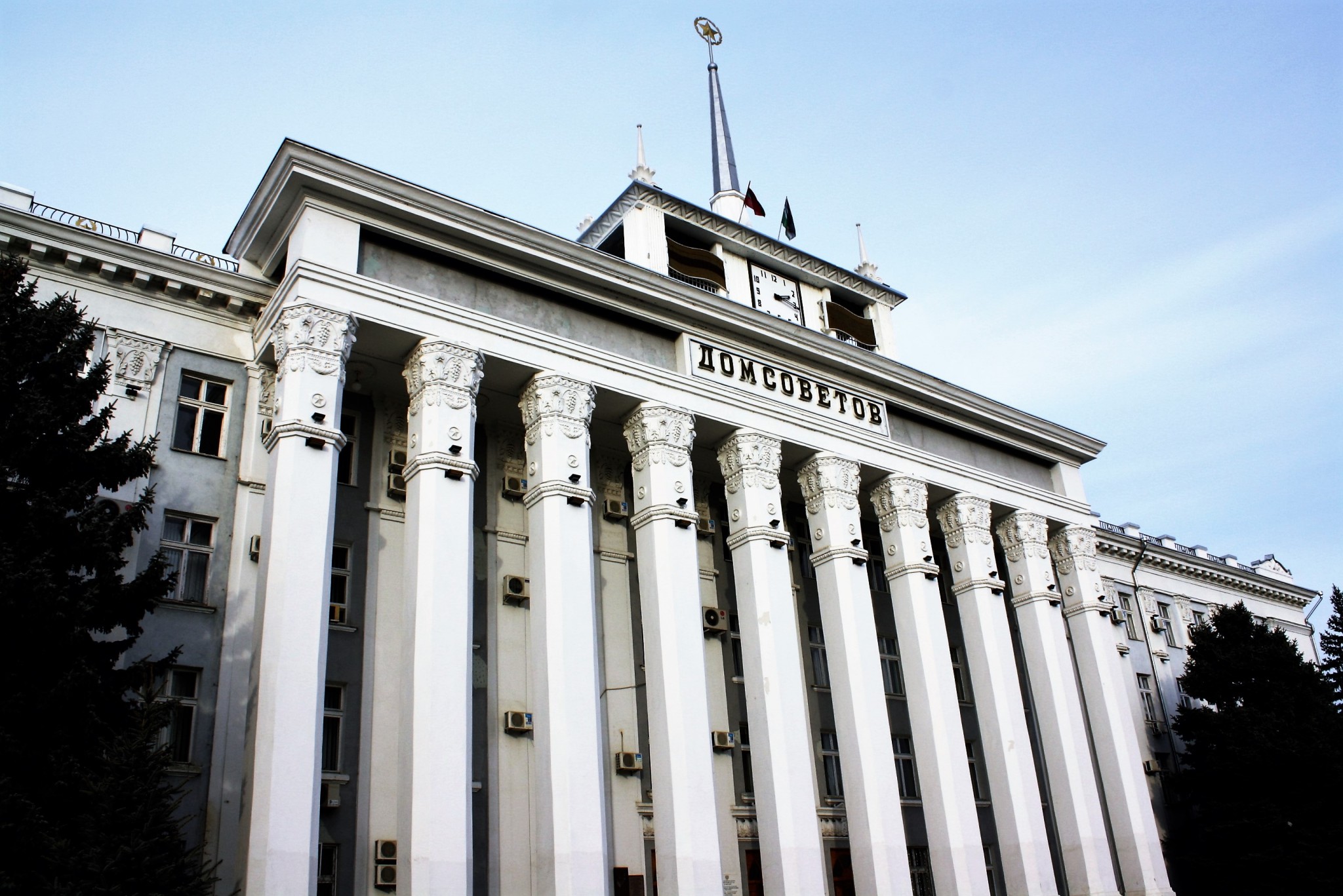 Transnistria. The perfect location for a get away holiday.

Far from the madding crowds, really far from anywhere at all in fact. There’s beaches, cognac and KGB agents. The breakaway republic truly is a destination like no other. Read on if you too want the thrill of travelling to a country which doesn’t even exist. This is the Travel Tramp survival guide to the last surviving outpost of the Soviet Union. 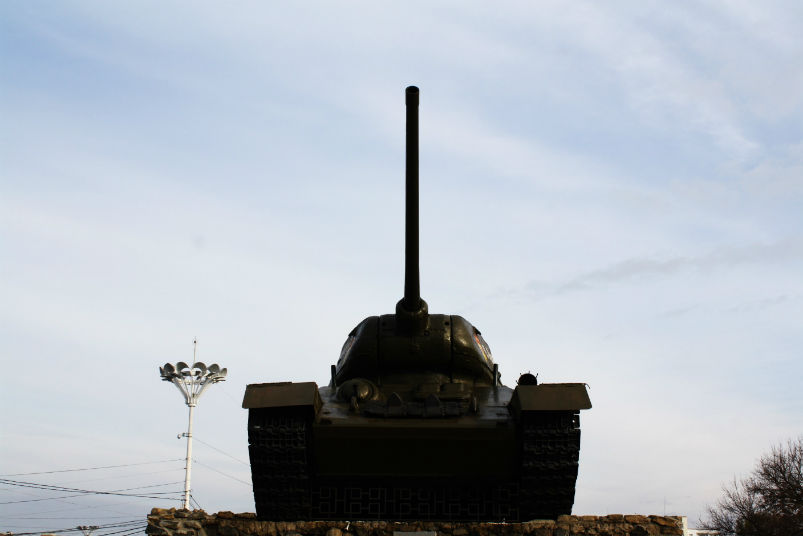 Where the hell is Transnistria?

Transnistria is a small, self declared nation stuck between Moldova and Ukraine, in the far reaches of Europe. It’s small, but heavily armed. They love their tanks here. 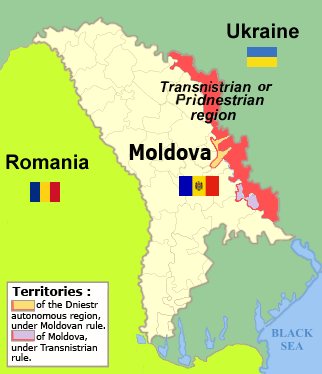 What the hell is Transistria?

Never heard of it? Well that’s because it doesn’t even exist. Politically anyway. There’s definitely people there though, I’ve seen them myself, and they very much do exist and are very much doing their own thing. Transnistria isn’t recognised diplomatically by any other ‘official’ country at the United Nations. It’s a breakaway territory, which was formerly part of the Moldovan Socialist Republic during the days of the Soviet Union. When Moldova declared independence in the 1990’s, Tranistrians wanted to keep things the way they were, so they fought a war, the Russians stepped in- well, drove tanks in- and the region has governed itself ever since. Only a few other breakaway territories have ever recognised them. Not even the Russians have. 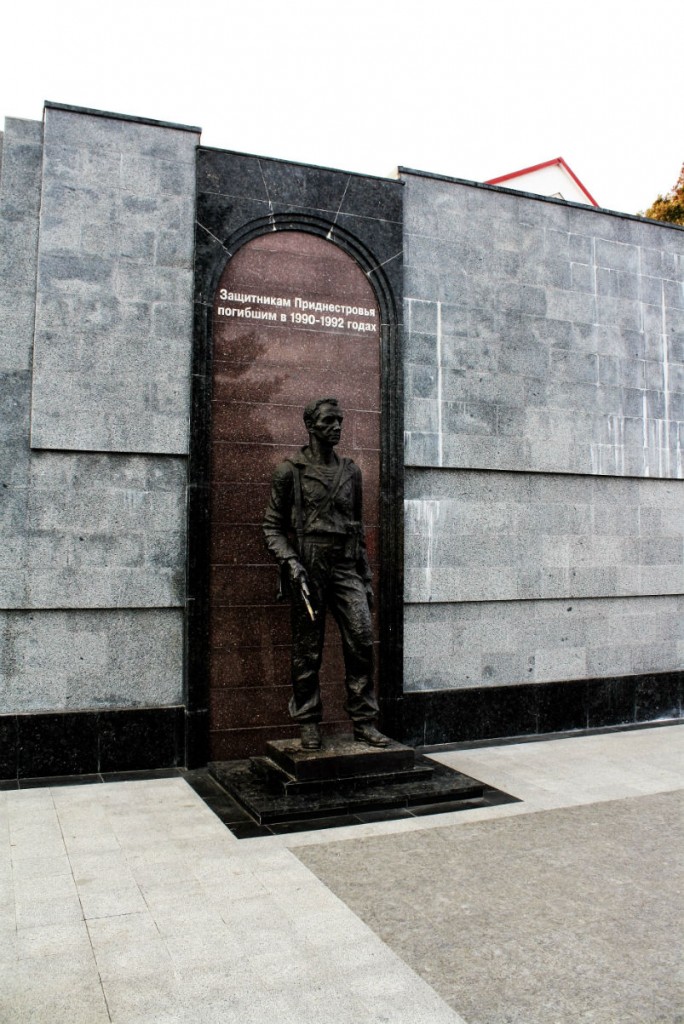 What was the war about?

The war kicked off in 1992. Tranistrians are predominantly of Russian descent and are Russian speaking, whereas Modovans mostly speak Romanian, and wanted nothing more to do with Russia when the Soviet Union collapsed. Transnistrians carried on their Socialist ways for years, and have only recently begun to implement a capitalist style economy. There’s still statues of Lenin on the streets, and for anyone interested in communist nostalgia it’s possibly the last place in the world you’ll be able to see such things. 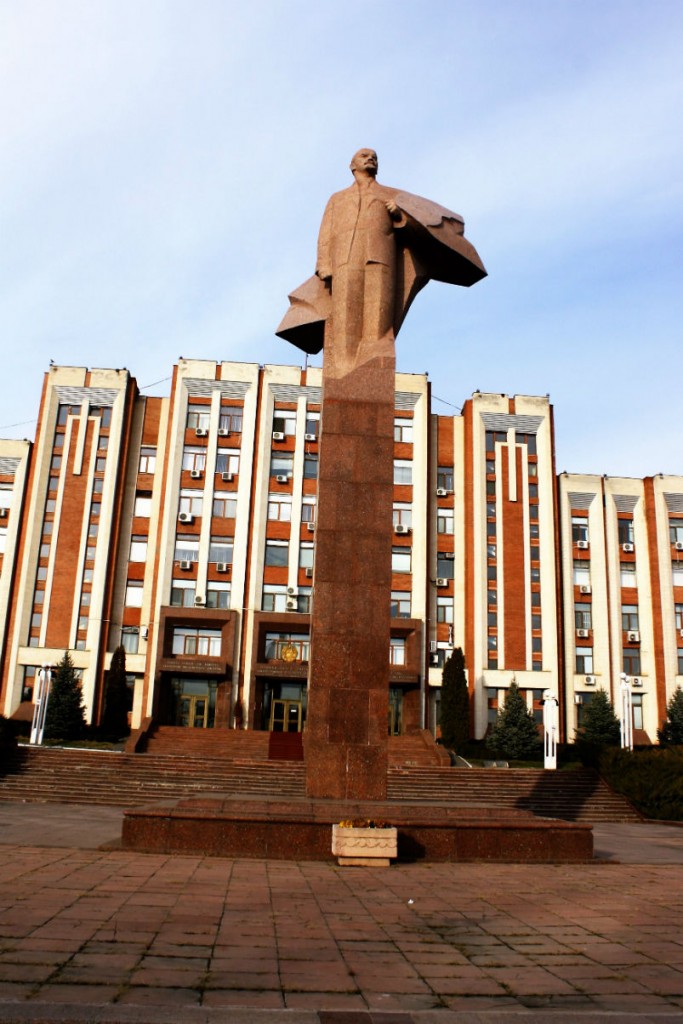 How do I get there?

The easiest way to get here is from the Moldovan capital of Chisinau, which itself however isn’t particularly well connected. There’s a few flights from other European cities, or an overnight ride on an old Soviet sleeper train from Bucharest is always a fun option.

From Chisinau it’s relatively easy to get to Tiraspol, the capital of Transnistria. Just go to the central bus station, by the big market in the middle of Chisinau and there are minibuses leaving approximately every half hour all through the day. Just ask for Tiraspol, or if you can read cyrillic look for the signs on the buses. If not someone will probably be shouting out ‘Tiraspol’ at the top of their voice anyway. You buy a ticket at the little booth for about 3 Moldovan Lei and then you’re on your way! There’s also a train which runs from the central station to Tiraspol, however this leaves only once a day at around 07.30 am, although this schedule isn’t absolute.

What about crossing the border?

The whole journey to Tiraspol will take around an hour and a half by bus, including crossing the many checkpoints and borders. As Transnistria doesn’t technically exist, the procedure is a bit hit and miss. Before I left Chisinau I’d read a lot of previous reports on the internet which warned about corrupt border guards, KGB agents demanding bribes and ridiculous shake downs of travellers. Although things can of course change, especially with such a maverick country, I can safely say that when I made the journey in December 2015, there was absolutely no trouble at the border. It was one of the easiest crossings I have ever made. I was asked even fewer questions than when I crossed from Romania to Moldova, and the border guards were friendly and spoke good English. So presently, don’t worry too much, just get on with it. 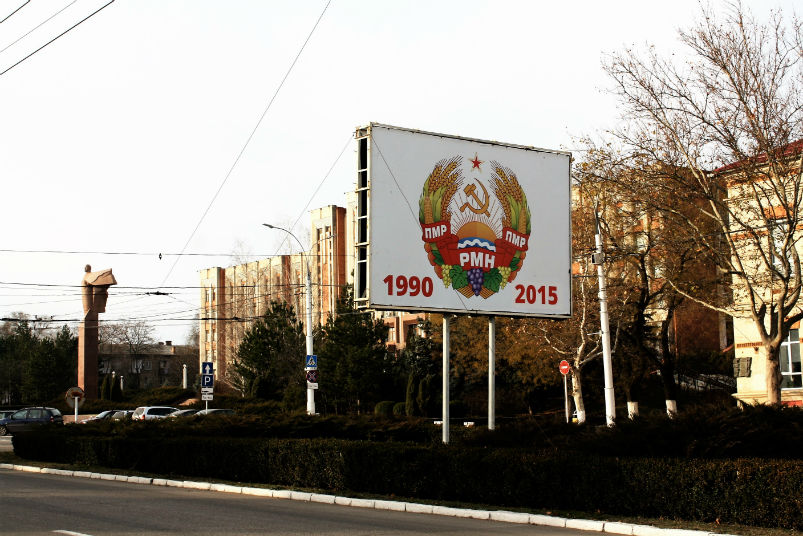 What’s the procedure at immigration?

First up you’ll pass by the Moldovan checkpoints. As they consider Transnistria to be part of their territory still, they don’t stop the bus. They are heavily armed though and pointing their guns down the road. As you aren’t technically even leaving Moldova, no one checks your passport or stamps you out.

Next, the bus passes by the ceasefire line. This is manned by the more heavily armed Russian ‘peacekeepers’, wearing blue helmets and pointing their guns down the road, back at the Moldovans. It’s pretty clear whose side they’d be on if things kicked off. Again, they weren’t stopping anyone.

The final step before you can actually set foot in the breakaway nation is Transnistrian immigration. This was the scary part, as no one recognises the country, they could do what they want, and in the past have been renowned for demanding bribes. But things seem to have changed for now and the process is clear cut and simple, so don’t worry. There’s a little office on the side of the road, go into this, get in the queue and hand over your passport when it’s your turn. The official who I dealt with spoke good English, although it’s slightly intimidating seeing the Soviet hammer and sickle and the letters ‘KGB’ on their shoulder patches.

Here’s the important part, you’ll be given a small slip of paper which is your official entry card. This has a time and date stamp. You have 24 hours from the exact time you enter. If you are staying in a hotel, they take the name and address and put this on the card too. 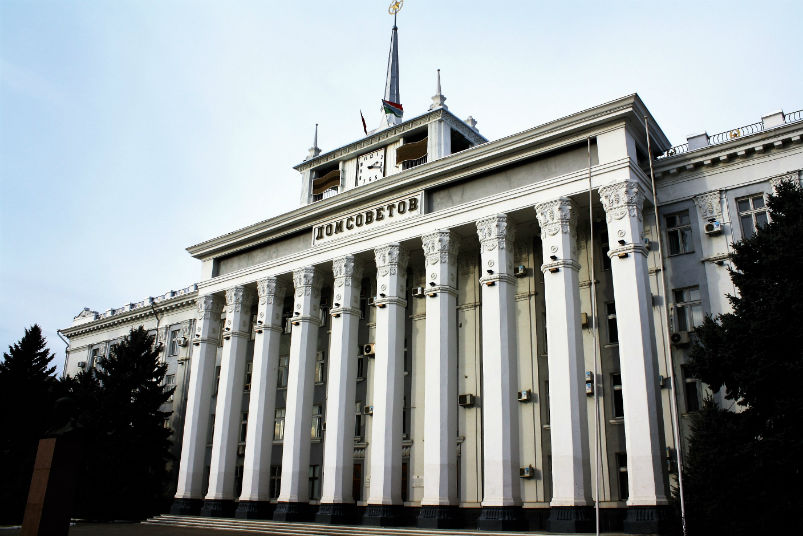 The House of the Soviets!

What if I want to stay longer?

Again, relatively easy. The official wrote down the address of the immigration office in Tiraspol on the card for me, and this is where you must go to extend your visa. Even easier, most of the hotels in the capital will even do this for you when you arrive, and it can be extended for as long as you intend to stay. My hotel did this for me, and I was later given my card back with a new time and date stamped on it for exit.

Where can I stay?

Why not spend a night or two here? How often do you get to visit a breakaway territory? I personally stayed at Hotel Timoty. The bus will drop you off at the train station, and this is a short walk down the road. It’s even on Google Maps. There’s a lovely lady here who speaks English, and they sort out your visa extension and even let you check out late in the evening! Perfect. There are other choices, but not being exactly a tourist hotspot, hotels and especially cheap hotels with an English speaker, are few and far between. 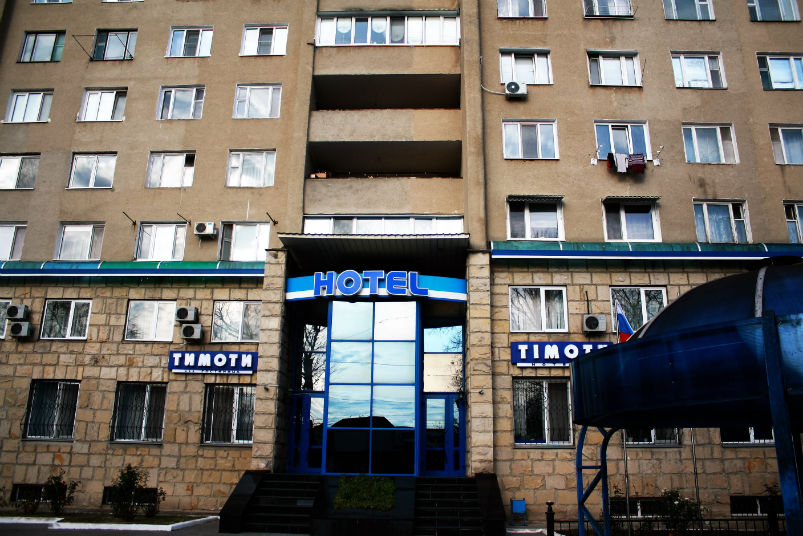 What happens when I leave?

Even easier than entering, is leaving. As long as you have your immigration card and haven’t overstayed the time limit! Otherwise you might have find yourself in a spot of bother. Bribes may be needed in this case. Buses depart from the same spot where you get dropped off on arrival, and you buy a ticket inside the station. There’s a door on the left when you face it, go in here and purchase a ticket to Chisinau or where ever it is you’re going next. Then find the minibus. They leave roughly every half hour, but only until around 6 pm at night. There’s also a train back to Chisinau as well.

Transnistria even has its own currency. The Transnistrian Rouble. This can only be used here of course. At the train station and all through the city are money changers. They will accept Euros, Dollars, Pounds. Anything really. When you leave again, just change up anything you have left over as it’s completely useless anywhere else. 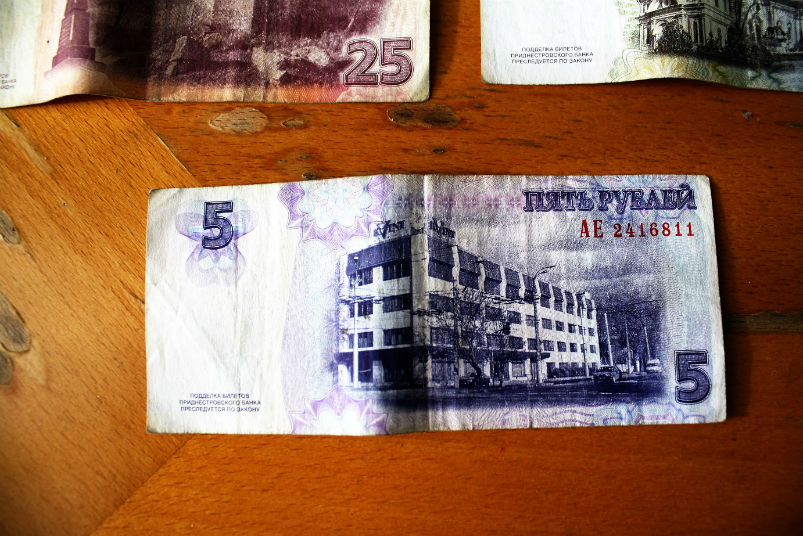 What language do they speak?

Russian is the sole language here. Only a few hotel staff and the border guards spoke English. I don’t speak a word of Russian and still got by fine.

Where can I eat?

If you don’t speak Russian or read Cyrillic, then your best bet is either Seven Fridays or Andy’s Pizza. These are both on the main road, 25th October Street. The menus are all in Russian, but they have pictures you can point at! It’s reasonable value but certainly not gourmet. Anywhere else is a bit trickier to order if you don’t speak the lingo. 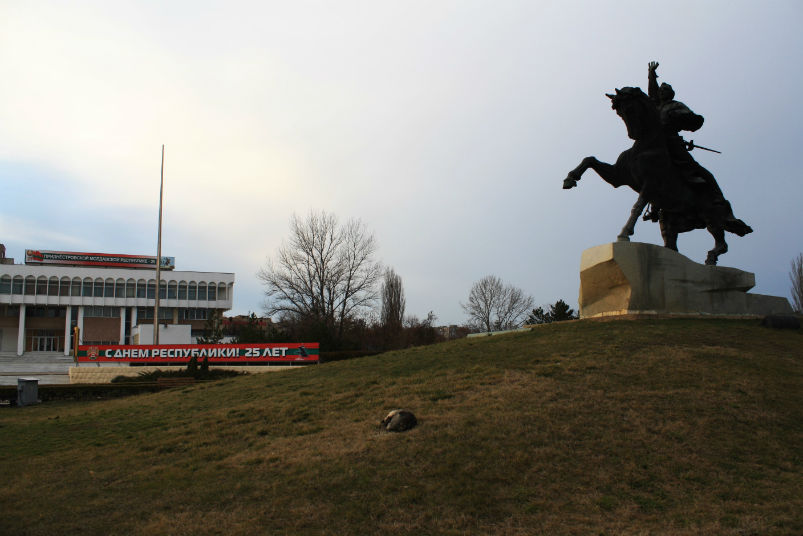 What can I see?

Apart from the thrill of visiting such an off the beaten track place, there’s plenty of sights to see in Tiraspol, most of them on the main street. It’s a real haven for any lovers of communist history. There’s tanks on the streets, statues of Lenin and the old House of the Soviets to name a few! Check out my own trip to Tiraspol for inspiration. You can also visit the town Bendery, a short trolley bus ride away, where there’s a huge fortress to see. The river Dniester is rather pleasant to stroll along, the beaches here open in summer time, and you’ll find some of the world’s finest cognac for sale. The local Kvint is cheap and beautiful. I bought a ten year aged bottle for only 5 Euros. 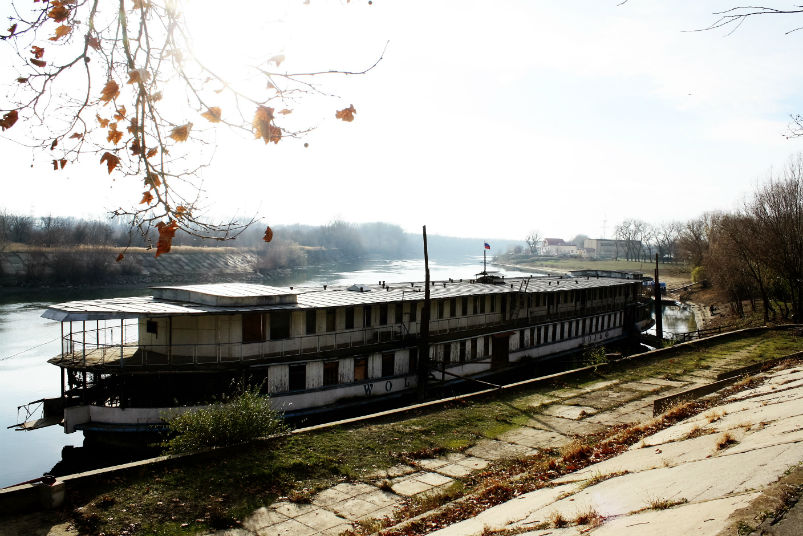 Is it safe to visit a breakaway nation?

As with anywhere these days, the political situation can change at any time, so just keep an eye on events before you travel. As no one recognises them as a nation state, there’s no embassies, and I think all countries will advise against travel here. What that means is that if you get into any trouble, there’s no help- you’re on your own. So just be careful. I felt safe the whole time, and to be honest no one even gave a damn that I was there- there was more bemusement than anything. There seemed to be more order than neighbouring Moldova, and as far as I could tell, the days of bribes and corrupt border guards are over. I guess if they want to be taken seriously, they have to take visitors seriously too. 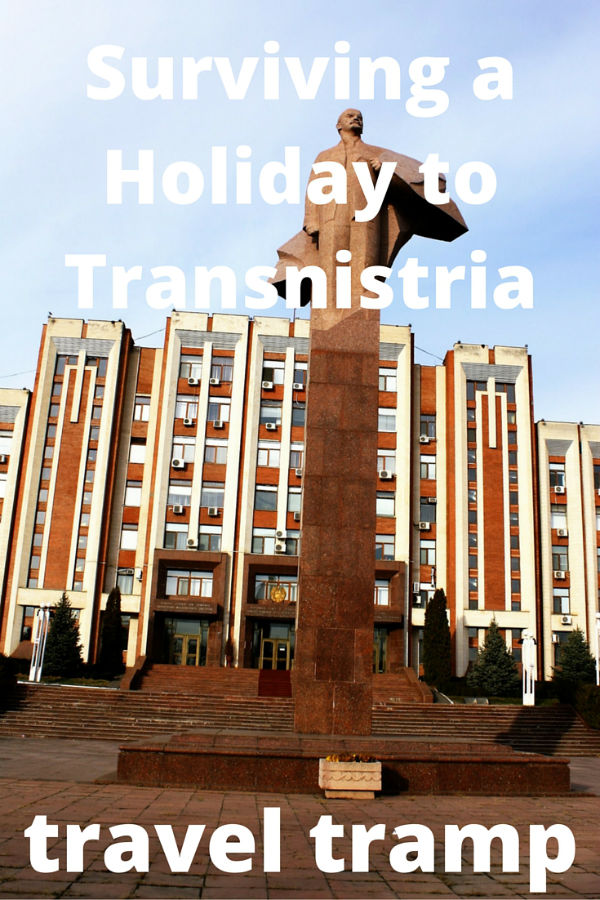 Disclaimer: This travel guide is the result of my own experiences, so please do not take anything written here as absolute, as I cannot be held responsible if anything goes wrong for you!

It’s also possible to enter from Ukraine, although you may have trouble if then going into Moldova and leaving via another exit point controlled by Moldova, as you would have no entry stamp!

How To Travel To The Breakaway Republic Of Abkhazia!