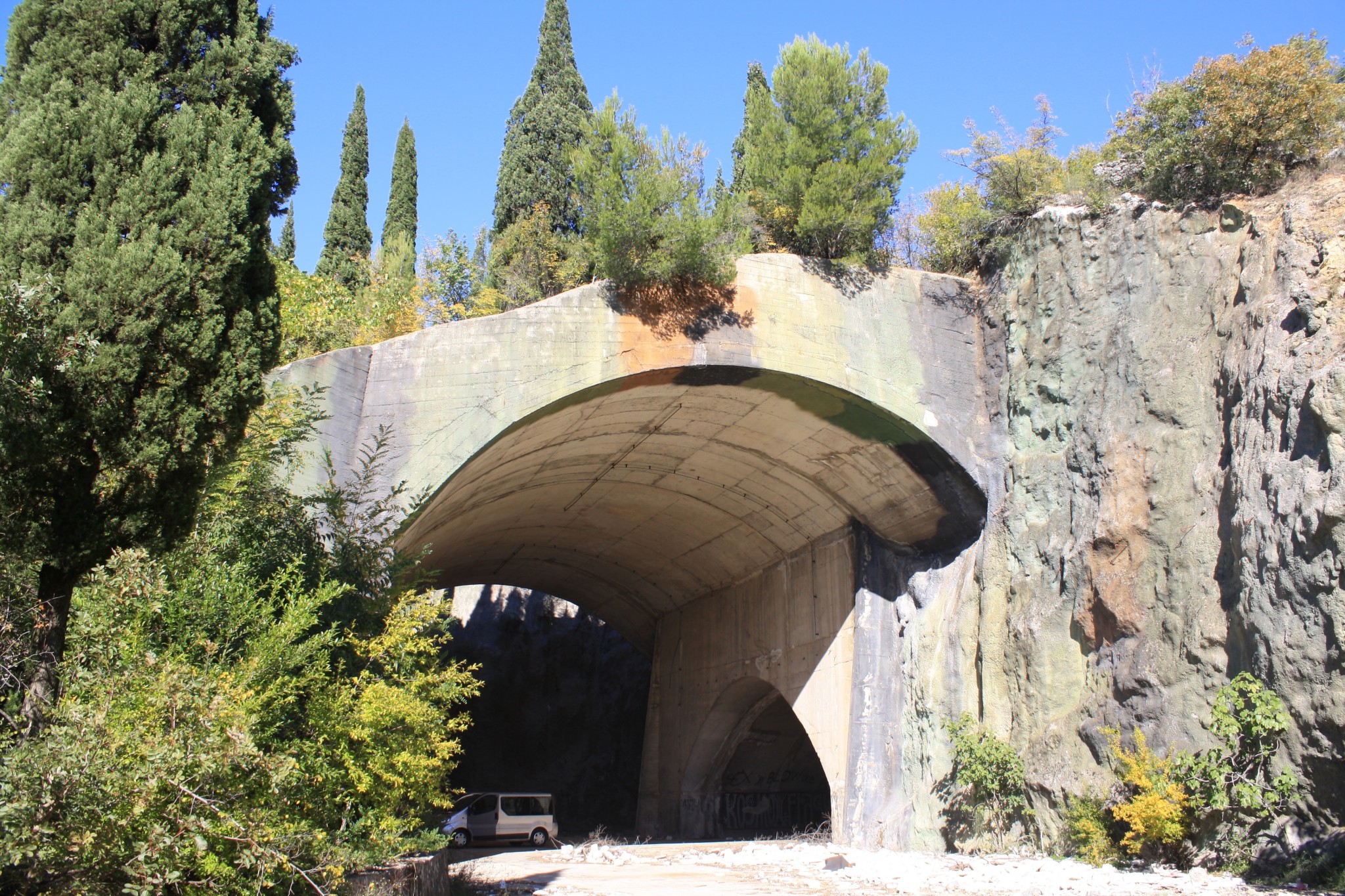 In the 1990’s Yugoslavia met its death in the vicious wars that split the country apart.

Now, across the new nations of the Balkans, you can see the abandoned remnants of this previous era. In Bosnia and Herzegovina, I found a secret Yugoslav Airbase, built beneath a mountain on the orders of Joseph Tito himself and hidden away for years. 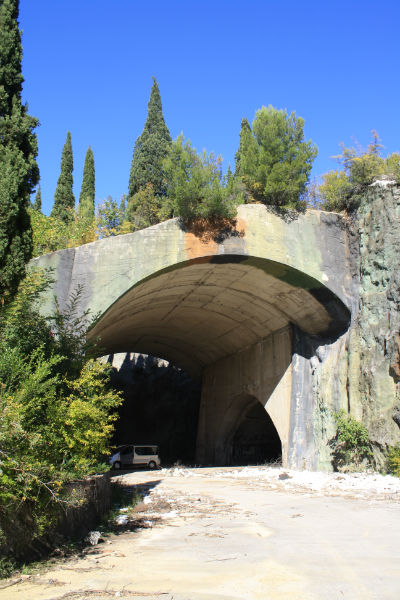 It was dark. Really dark. The headlights of the car barely lit the blackness inside the tunnel as we drove slowly through the side of the mountain. This was an old Yugoslav Air Force hangar, and until I was only a few metres outside the entrance it may as well have not existed. It was effectively disguised. As a mountain. 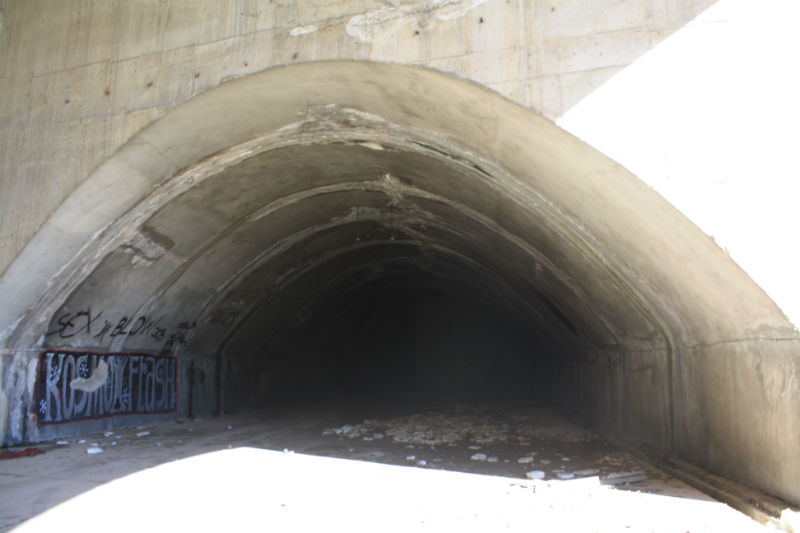 The entrance was hidden from the road which passed a few hundred metres away and the tunnel itself was large enough to conceal around twenty fighter jets when it was in use. Now there was just broken glass, rubble and darkness inside.

The airbase was secretly built on the orders of Joseph Tito- Yugoslavia’s ‘benevolent dictator’– in the 1950’s. At the time, the country’s leader was distancing himself from Stalin and the communist bloc, and attempting to cement a stance of neutrality. That meant they feared reprisals from the Soviets amid ongoing tension with the Western world too. So Tito fortified the country. Bosnia and Herzegovina, being mountainous and sparsely populated would be the perfect place for  guerilla warfare in the event of invasion. Near Mostar, a city a few hours drive from Sarajevo, this secret hangar was clandestinely constructed. 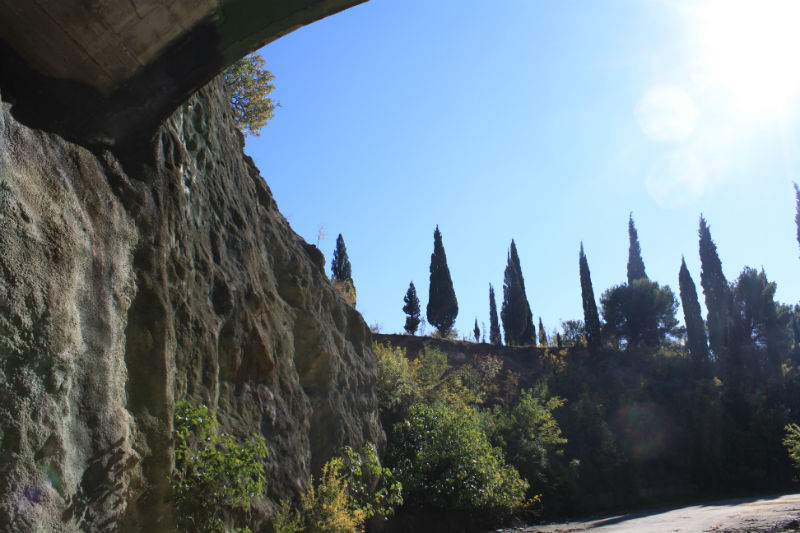 Not even the locals knew it was there. Shepherds supposedly continued grazing their sheep on top, unaware that beneath their feet was an airbase brimming with hightech weaponry.

There’s an entrance on either side of the mountain, with a hangar bay connecting the two doors. The planes could take off and land from the short stretch of concrete outside the tunnel. 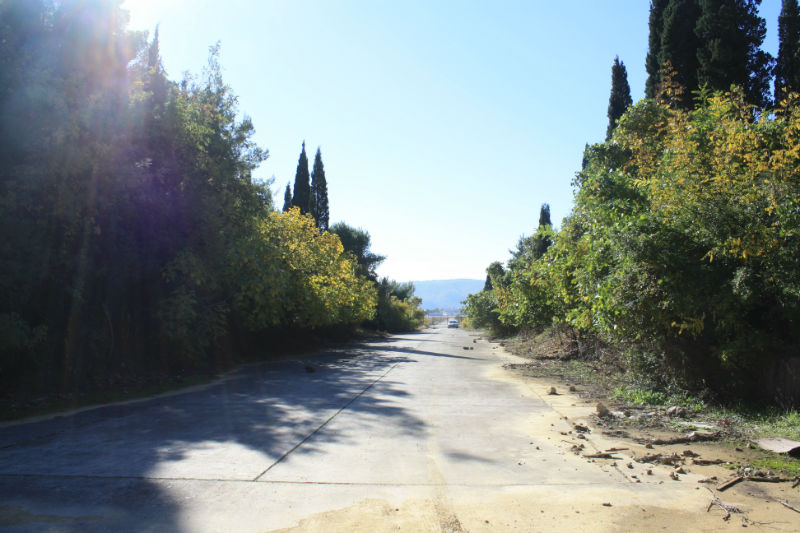 As Yugoslavia fragmented along ethnic lines, the Air Force flew the fighters to Serbia, when Bosnia and Herzegovina declared its independence from the federation. 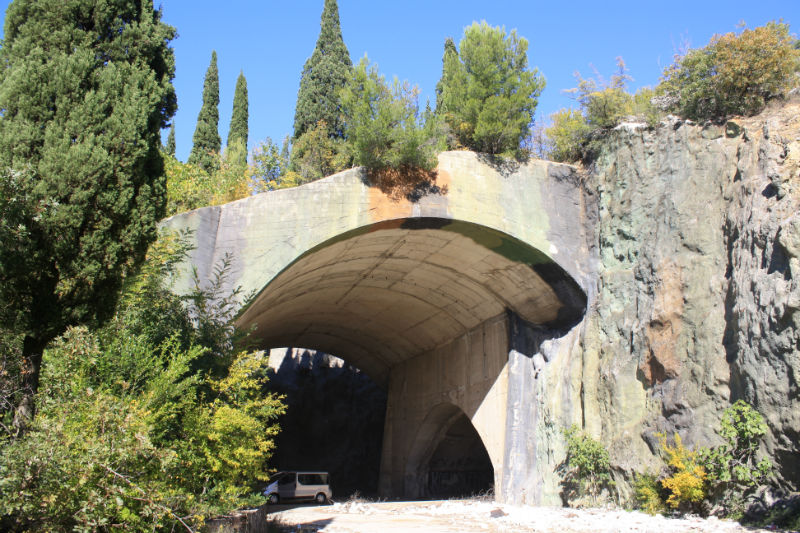 The base was then used by different forces during the ensuing war. Now it lies abandoned, still camouflaged and hidden from sight.

You can explore the inside of the hangar, just take a torch. I visited with Miran, a Mostar local who runs a hostel in the city. It’s not far from Mostar but you may need someone to show you the way. It wasn’t exactly designed to be found.