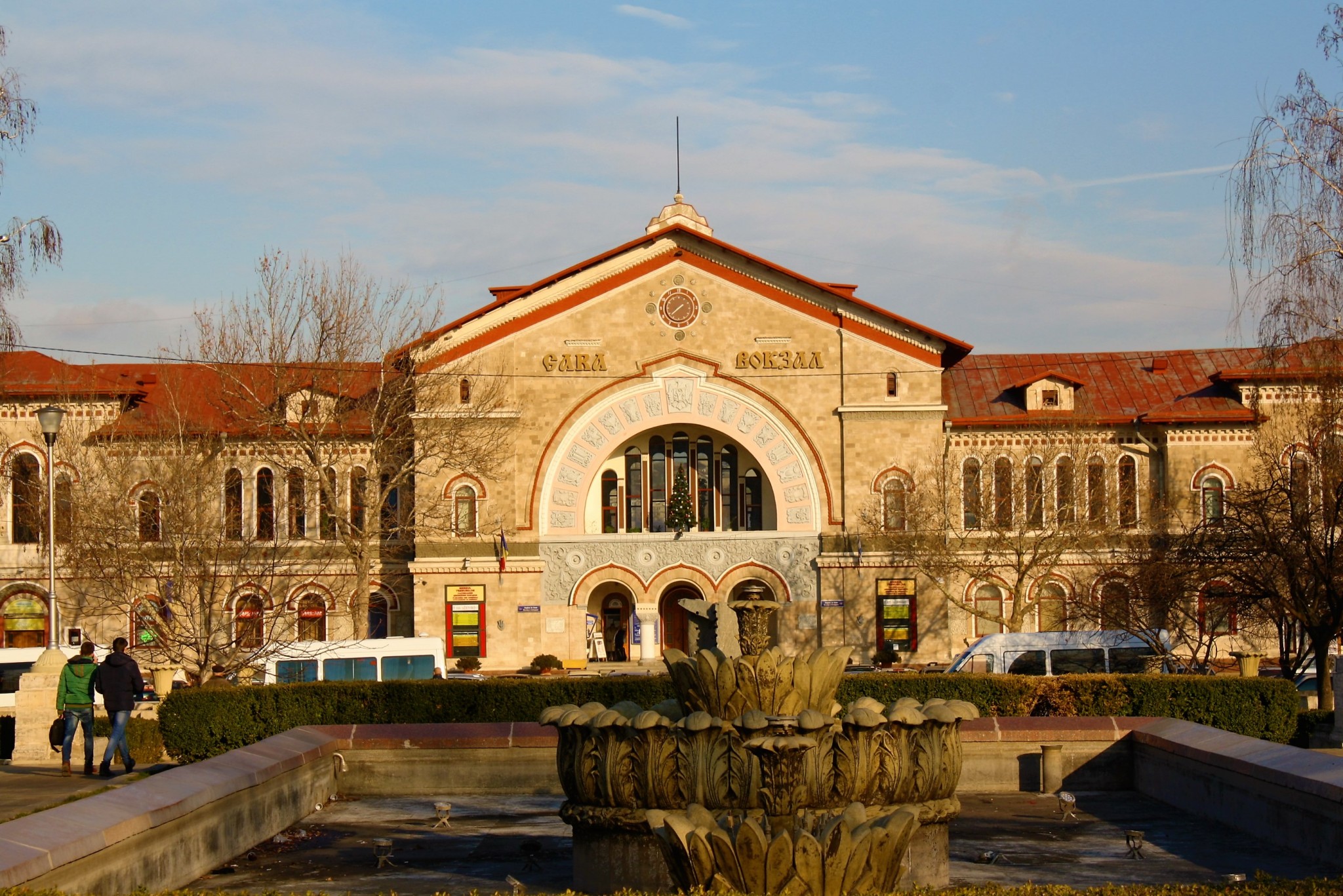 There’s one train a day from Bucharest, the capital city of Romania, to Chisinau, the capital city of Moldova. And there’s one train a day in the opposite direction too. And they’re both slow. Really slow. But if you want to travel overland, it’s the best option. And if you love Soviet nostalgia as much as I do, then you’re in for a real treat. This train is as authentic as it gets. It’s a genuine Soviet Sleeper Train. The Prietenia.

The train currently (2016) departs from Bucharest at 19.35pm, every day of the week, arriving the following morning around 09.00am.

The other way, from Chisinau, the train departs at 16.45pm, arriving into Bucharest around 06.00am.

Check the Man in Seat 61 for updates! 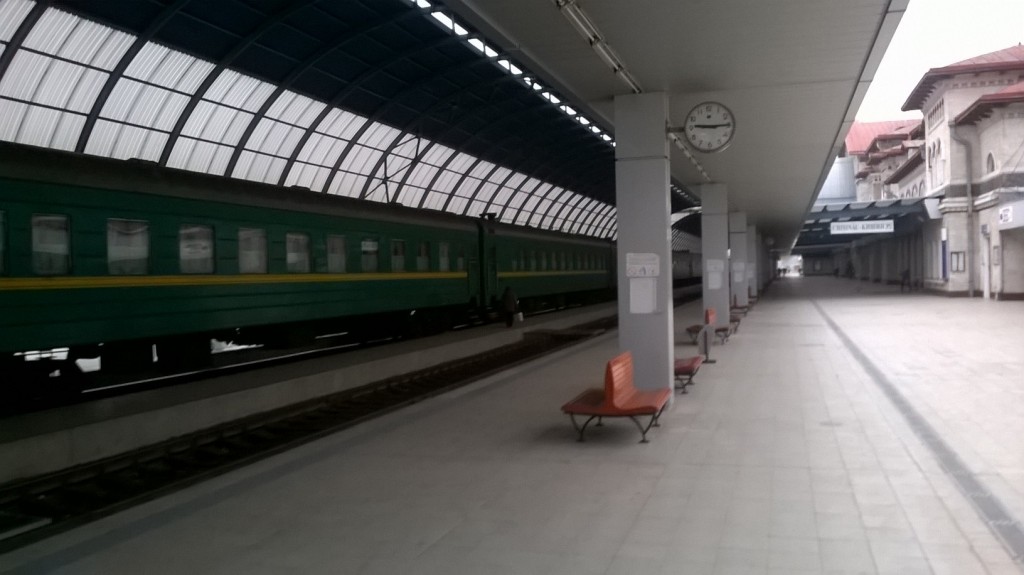 Your first step is picking up a ticket. Pretty easy right? In Bucharest, head to the main terminal. The Gara de Nord. It’s on metro lines M1 and M4. There’s a map HERE you can peruse at your leisure. You buy a ticket at the booth, and this will be valid for two journeys on the metro!  At the station go to Casa 1, the international ticket office. A second class sleeper berth cost me around 25 Euros one way. Watch out for a few chaps who hang around, talking to you in English and being all friendly and helping you out. They then ask for money and get pissed off when you don’t give them any!


In Chisinau, the station is much smaller, it’s much easier to find the ticket booth. I think there’s only one. The central station is much grander than the sprawling Romanian beast in Bucharest, but a lot of the signs are in Cyrillic which can be tricky for some to follow! The station is about a 20 minute walk from the centre of the city. A taxi is cheap, and a trolley bus even cheaper, but unless you speak Romanian or Russian, or have been here before then you might struggle with either of these options! I just walked.

I don’t think it’s possible to buy a ticket online, but I rocked up an hour before the departure and easily purchased a ticket there and then. This was winter and midweek, so things may be different on weekends or in busier periods, but generally the route is pretty quiet these days. Did I mention how slow it is? 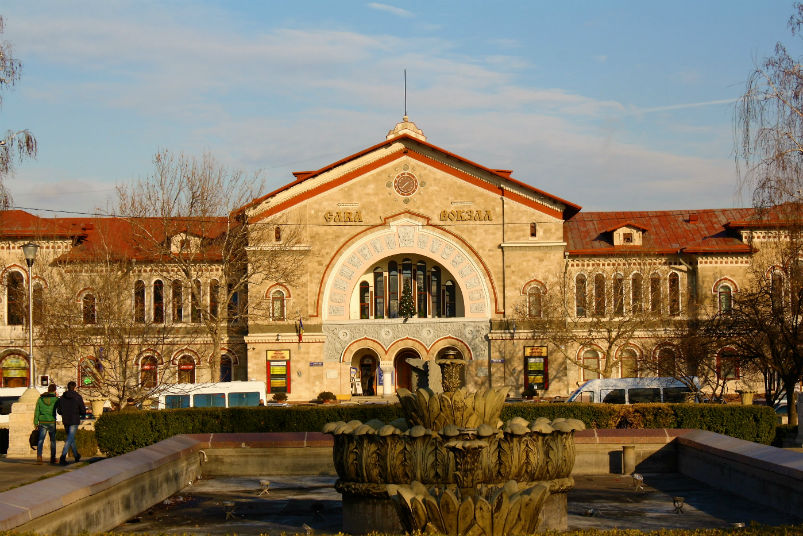 The trains leave bang on time. Not that they will arrive when they should. In Bucharest it rolled up to the platform about 10 minutes before the scheduled departure. I was slightly worried that I was standing in the wrong place until it physically appeared. Then I just flailed my ticket around in the conductor’s face and she directed me to the right carriage. It turns out everything is numbered fine anyway. Load up on snacks, beer and water before you leave. There’s nothing on the train, unless the conductor lets you in on their secret Vodka stash.

It was quiet. I had an entire sleeper cabin to myself. I’d booked a second class berth, there were four beds in the cabin, and just me. It was rather pleasant. From my walks up and down the train, it seemed that most people had their own carriage, so you can probably asked to be moved if you want more privacy too. The train stopped a few times to pick up more passengers, but no one intruded on me the whole way to Chisinau. 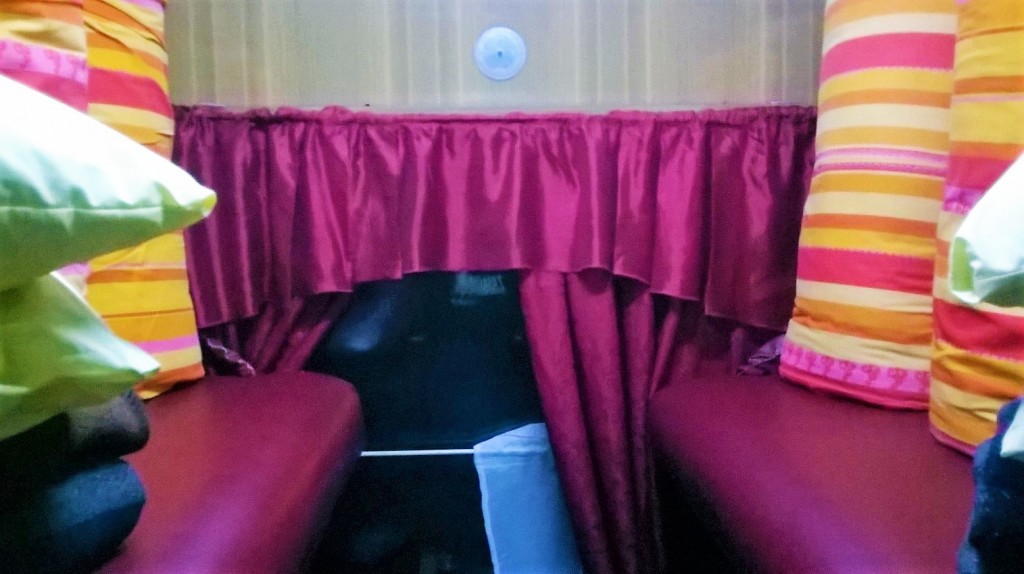 The attendant gave me some blankets, showed me how the lights worked, took my ticket away and I didn’t see her again until the morning. Don’t be scared if they take your ticket. They give it back again when the train pulls into its destination. A slightly confusing system.

Everything on the train is authentic. Or old. It depends how you see these things. The train has been in use since the 1950’s but they have changed the blankets since. The toilets were genuine Soviet toilets. 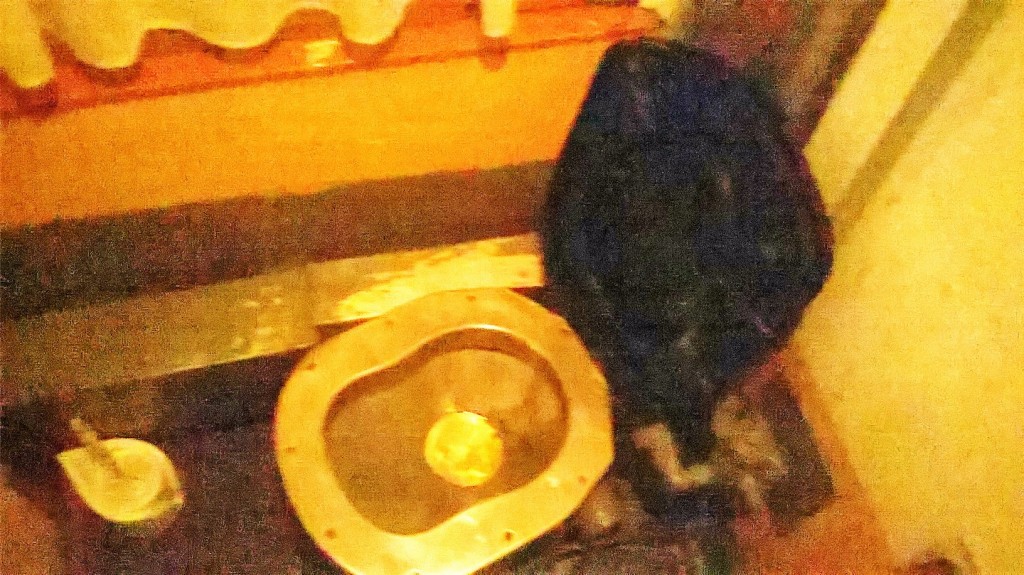 The train trundles across the land. Slowly. Painstakingly slowly. It’s around 500 km, which high speed trains could probably cover in a few hours these days. This takes over 12 hours. You’re in for a long ride, so take extra vodka.

Around 2am the train hits the border when travelling from Bucharest. This is the fun part.

Moldova and Romania have different sized rail gauges. Stalin was a paranoid dictator, and wanted to slow down any invasions of the Soviet Union. It didn’t stop the Germans though. Now it means the carriages have to be individually lifted off one set of wheels and placed onto another. It’s rather tedious. And very loud. 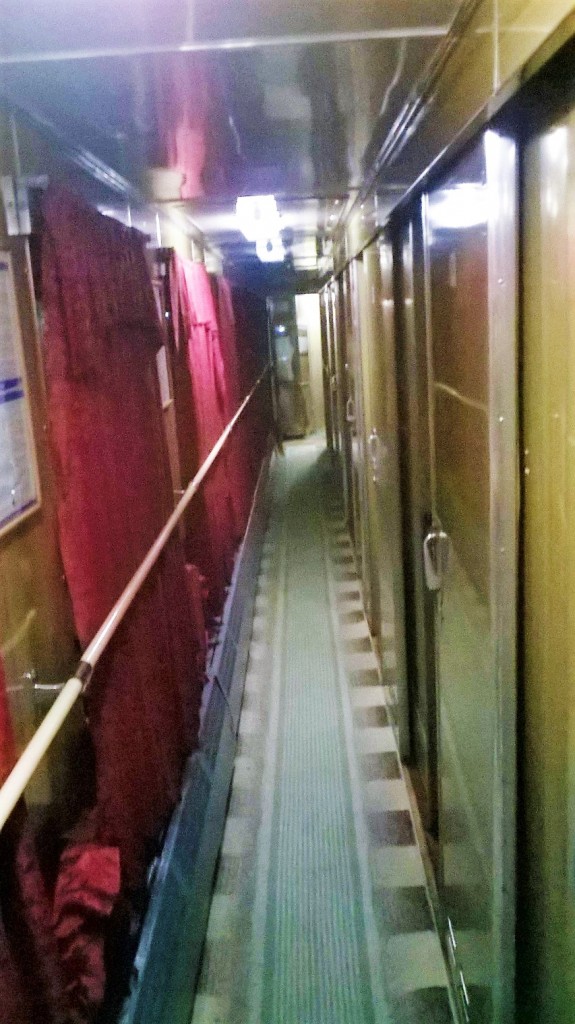 With a British passport (and presumably any EU passport), it’s easy to travel between Romania and Moldova. The Romanians came on and checked my documents. They asked if I had any drugs or guns. I said no. Then the Moldovans came on shortly after and seemed perplexed that I was a tourist in Moldova. They also asked if I had any drugs or guns. Again, I said no. They stamped my passport and then the train moved on (about two hours later when the wheels were added….).

*As as side note, when I left Moldova I never received an exit stamp as I travelled through the disputed territory of Transnistria. I don’t know if this means the Moldovans would give me trouble if I went back through a different entrance, and many months or years after my stamp had expired. Does anyone know?*

The sleeper train from Bucharest to Chisinau is a long ride, but take enough Vodka and it’s rather enjoyable. You’ll have your own cabin (probably) and you get to experience an authentic piece of Soviet history. And as a bonus Bucharest and Chisinau are awesome places to travel to.

If you’re heading to Moldova, then check out Transnistria, a breakaway territory with Lenin statues still standing!