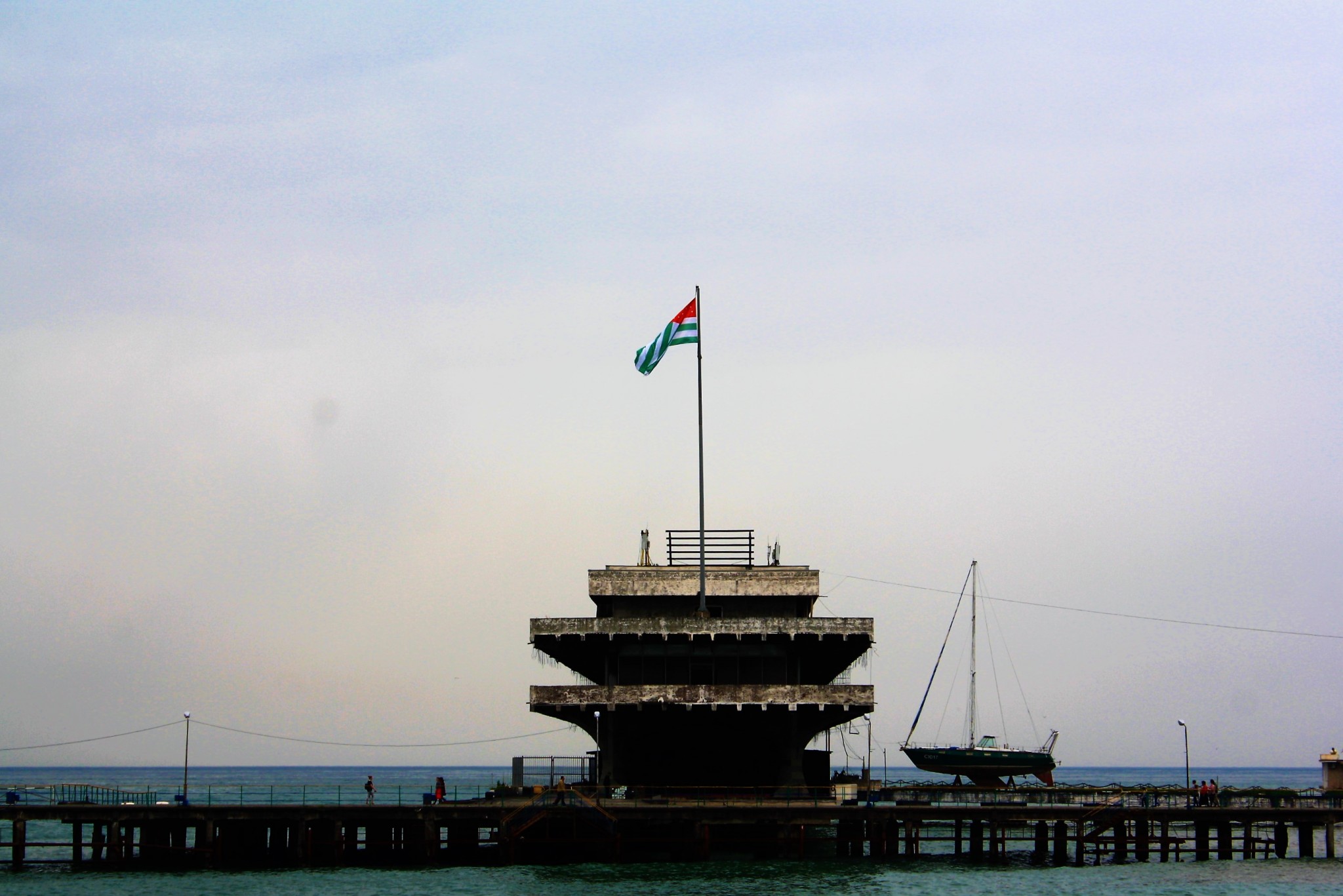 The Sukhumi Piers are a decaying reminder of Abkhazia’s former glory.

I want to show you the crumbling pleasure piers of Sukhumi, on the promenade of Abkhazia’s fragmented yet intriguingly alluring capital.

This seaside city was once a thriving tourist destination during the days of the Soviet Union. The piers were crowded and the beaches over flowing with visitors from all corners of the vast empire of the USSR. They came for the sun, to swim in the Back Sea, and for the sub tropical, beautiful coastline.

After the war with Georgia however- a brutal conflict which followed the collapse of the Soviet Union- Abkhazia fell into isolation. The tourists kept their distance while the locals struggled to get by in what is an unrecognised nation state.

The piers that survived the war began to rust and decay.

But you can still find hope amongst the rusting metal and broken glass. Today, it might be a shadow of its former glory, but Sukhumi’s promenade is slowly recovering. New restaurants are opening up, more tourists are arriving- indeed, in summer, Russians descend for the cheap drinks and sunshine – and despite adversity the locals are out in force, as they have always tried to do, proudly parading along Abkhazia’s seafront boulevard.

Here are the crumbling remains of Sukhumi’s piers. 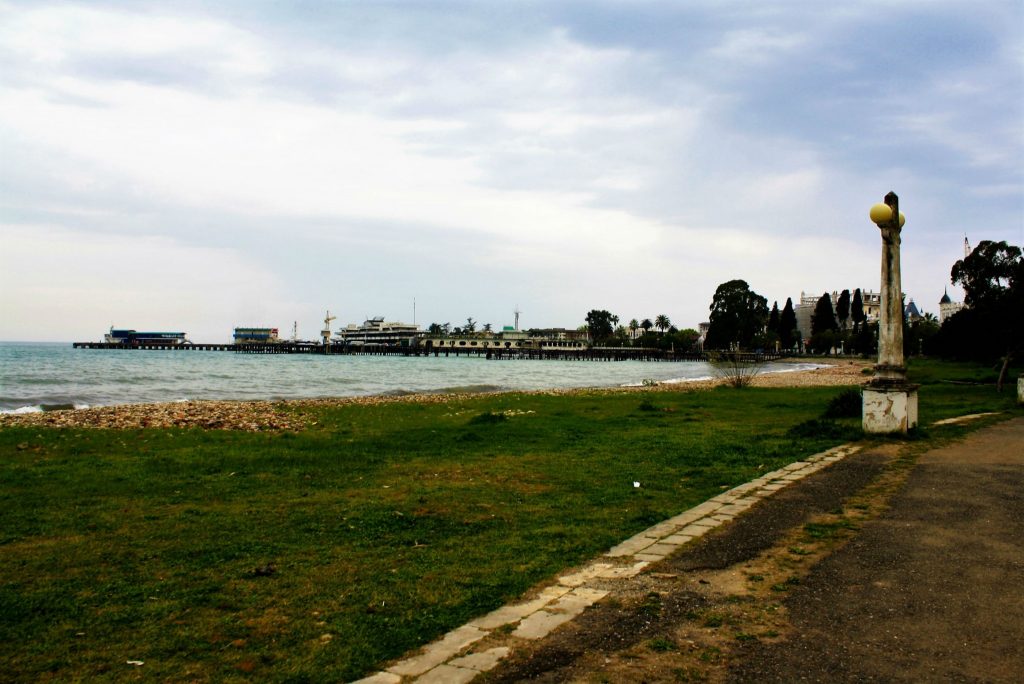 Sukhumi was the Riviera of the former Soviet Union! 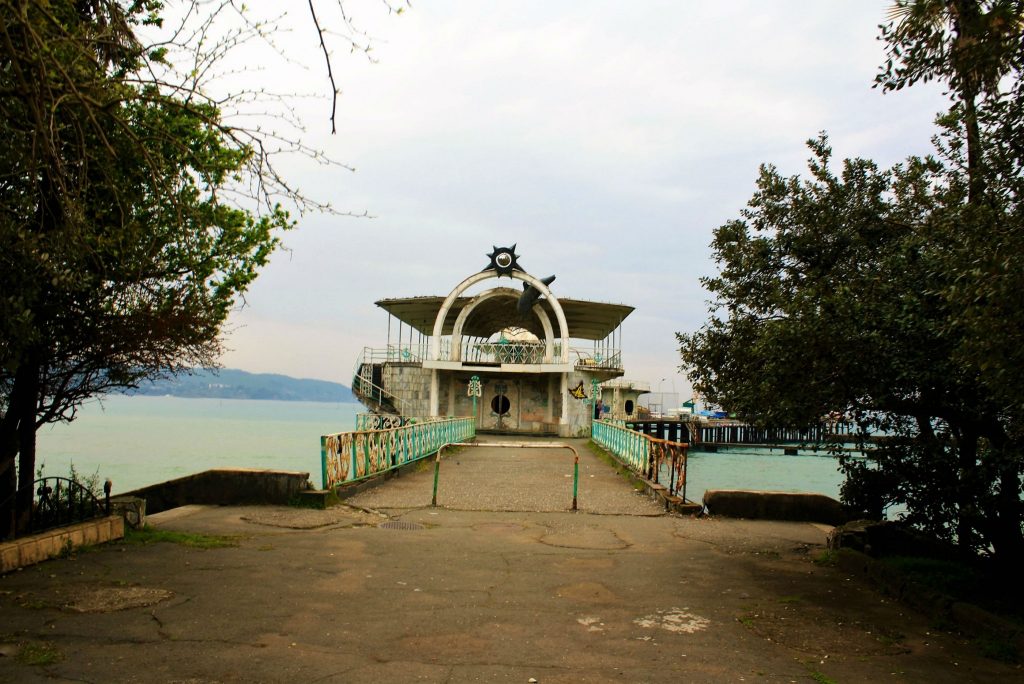 Piers stretch out along the promenade and into the Black Sea. 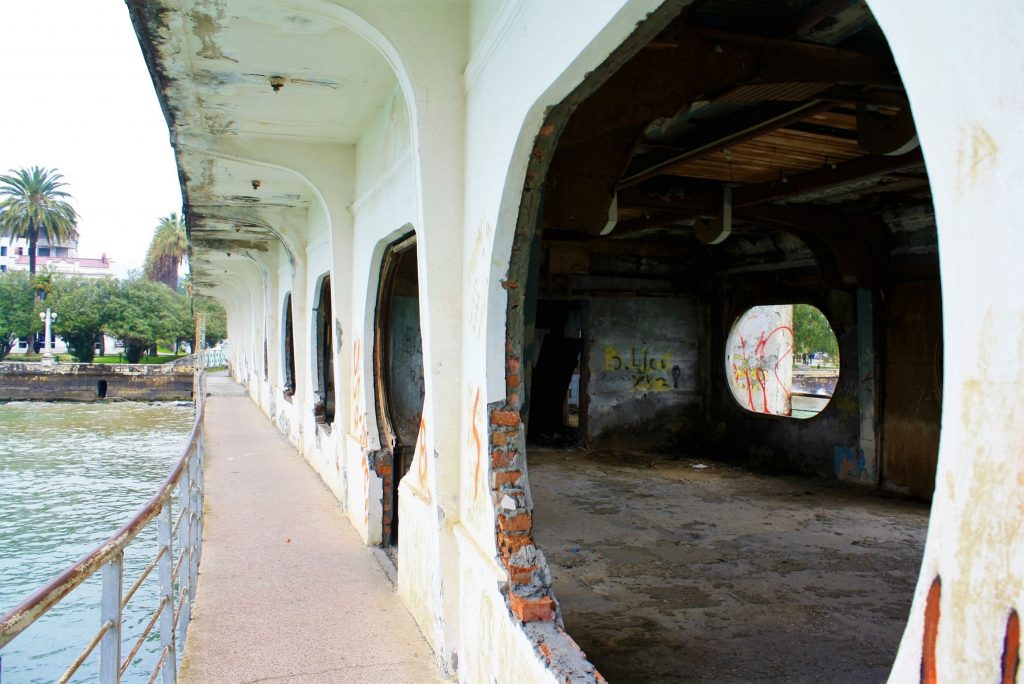 The piers are crumbling, the windows smashed and the insides gutted. 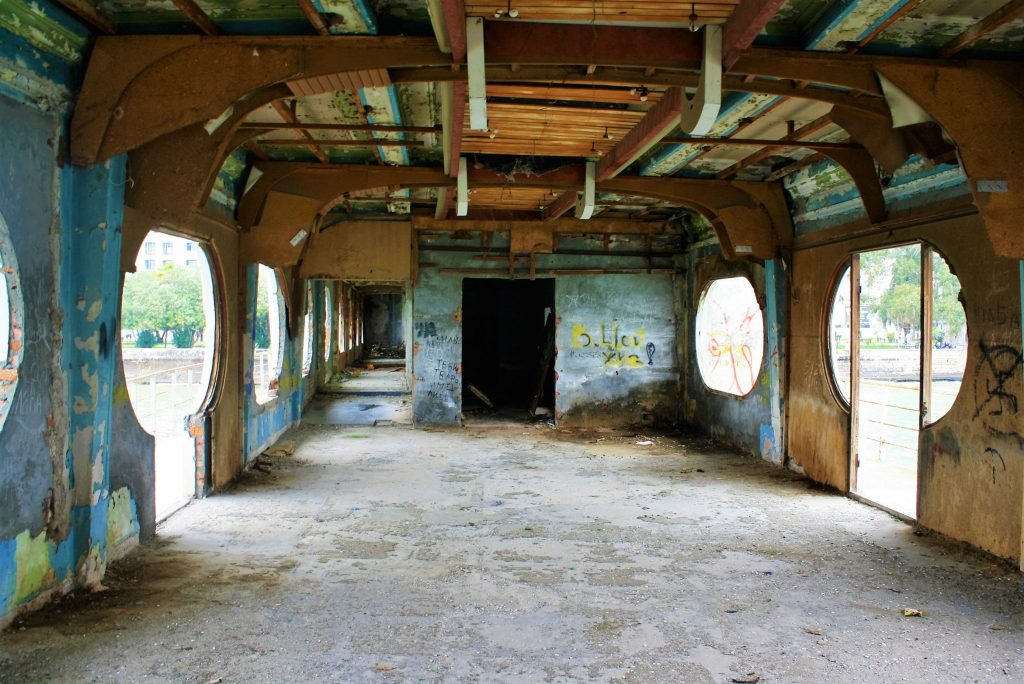 The piers are still open, but there is little but rust inside most of them. 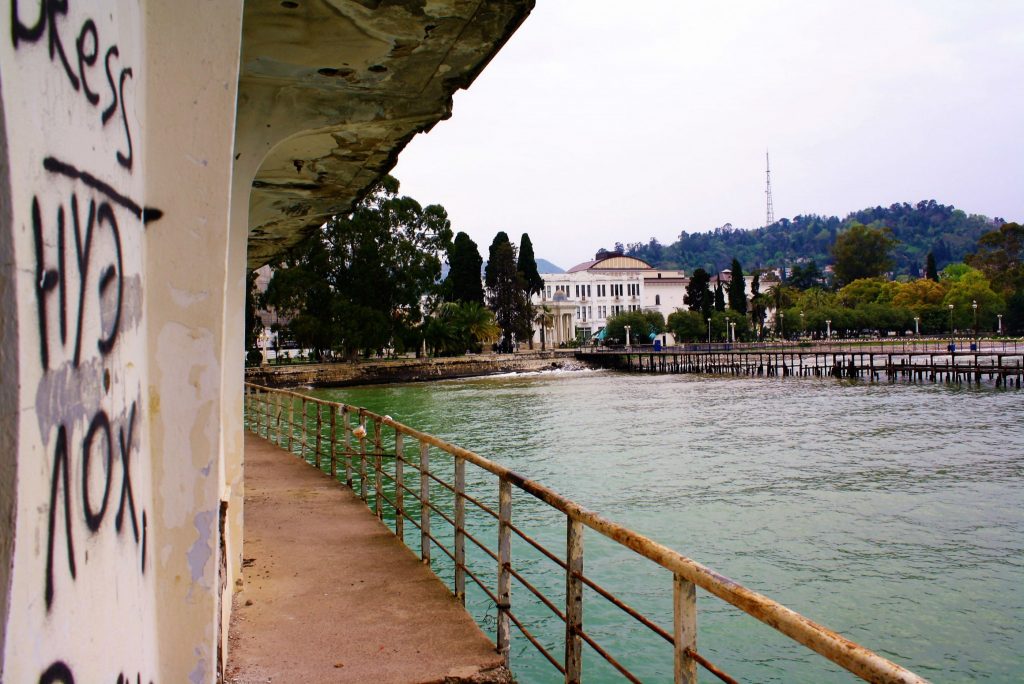 Sukhumi’s promenade, and the grand government buildings which have been repaired since the war, can be seen along the sea front. 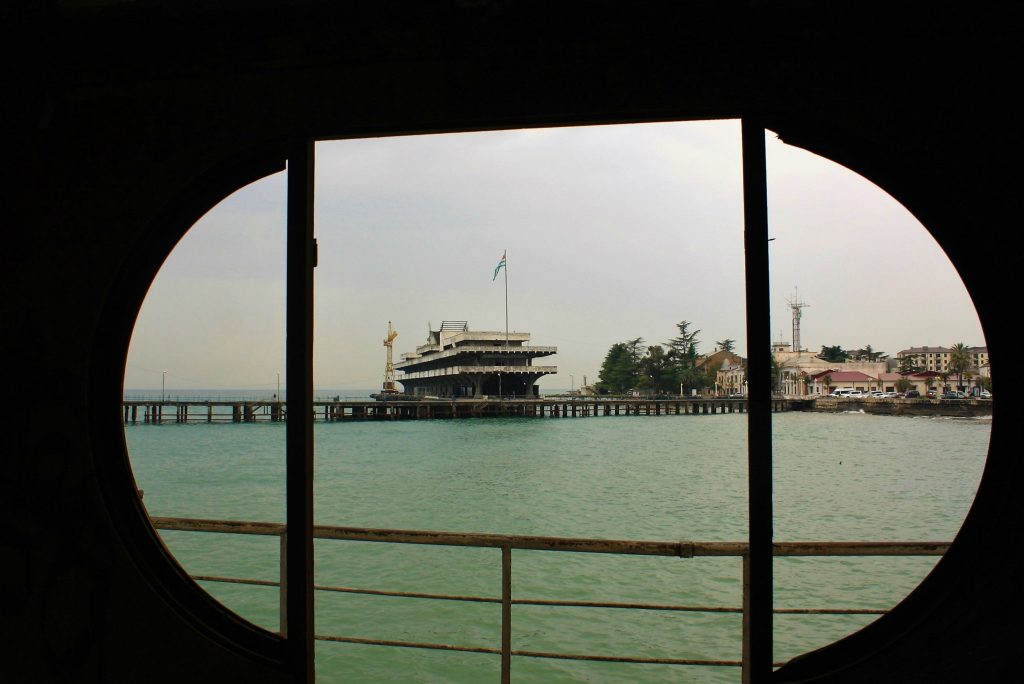 The flag of Abkhazia flies above the multi layered, ship shaped structure which is slowly being renovated back to its former glory. 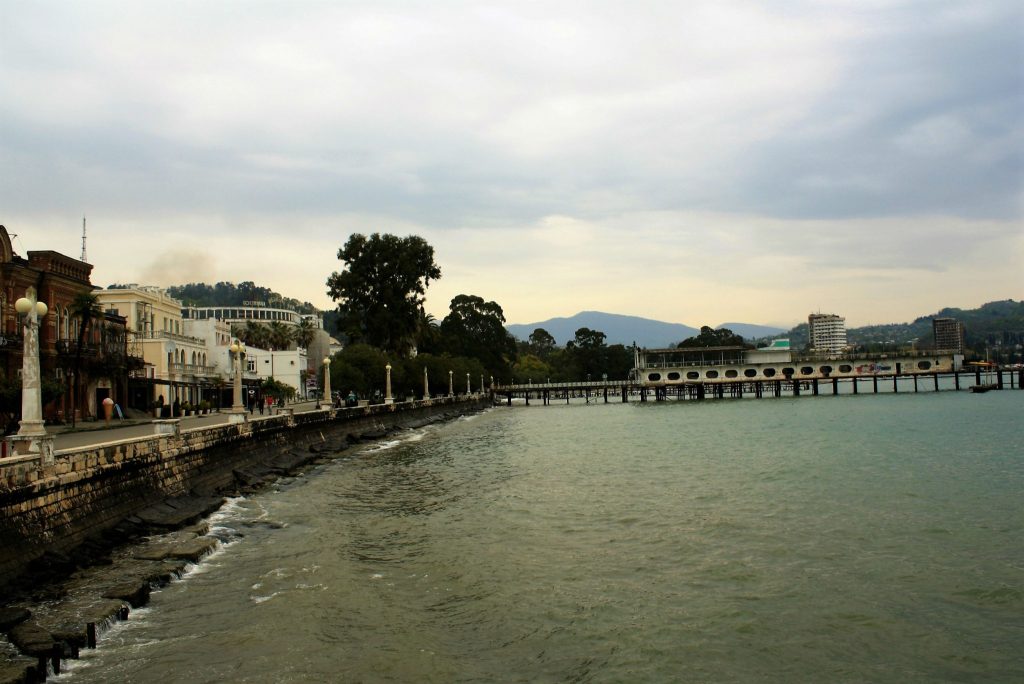 The piers stretch endlessly along the promenade. 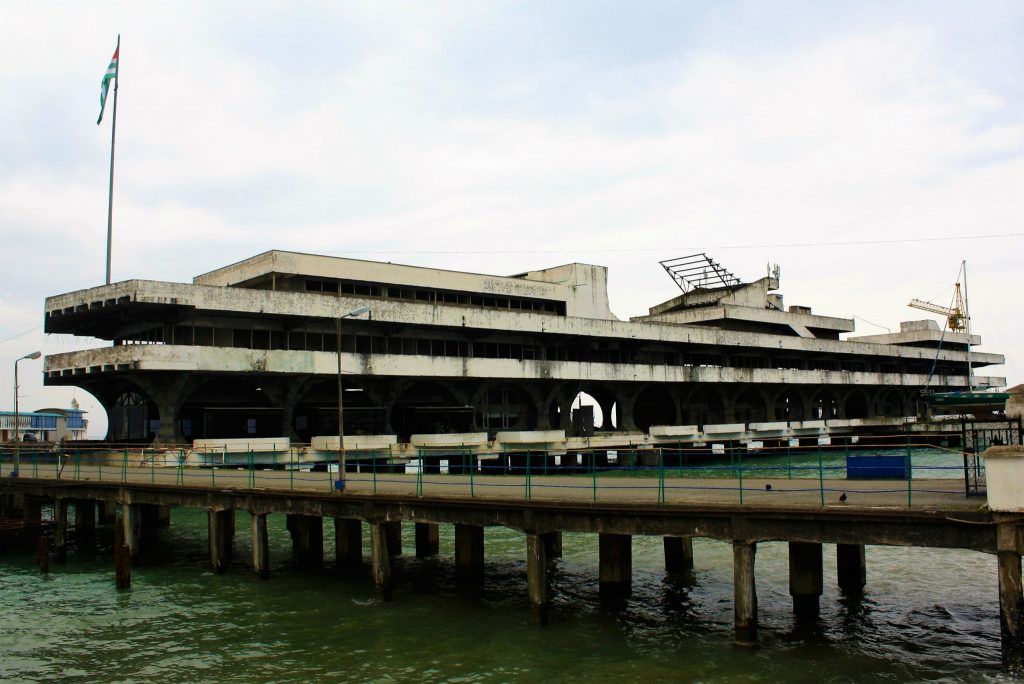 The bottom floor of this rusting hulk is being completely refurbished, and restaurants and bars are being built. 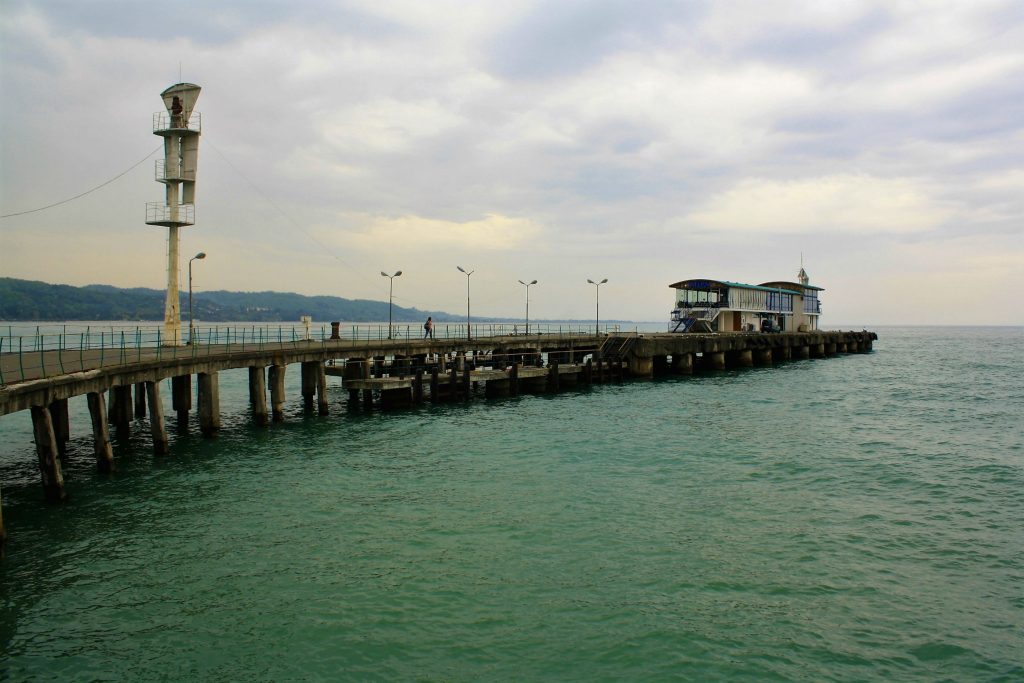 And at the end of the groaning, creaking concrete, is a restaurant! 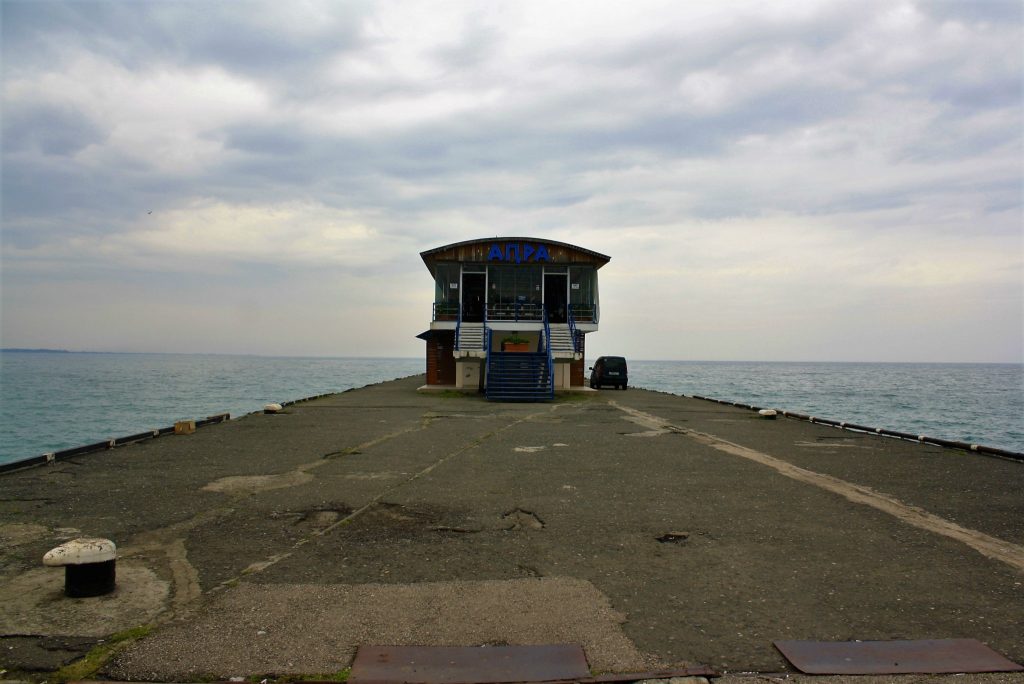 It’s quiet when the sun is up, but is one of  the increasing number of more refined places to eat and drink along the promenade at night. 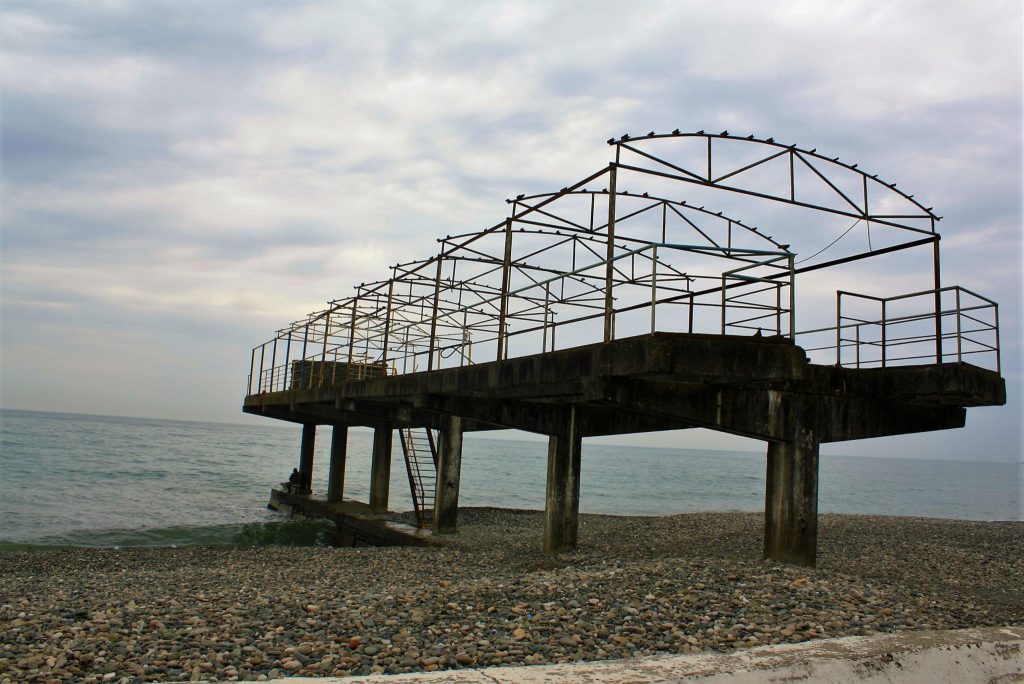 Along the pebble beach, these concrete structures are rusting away in the surf. 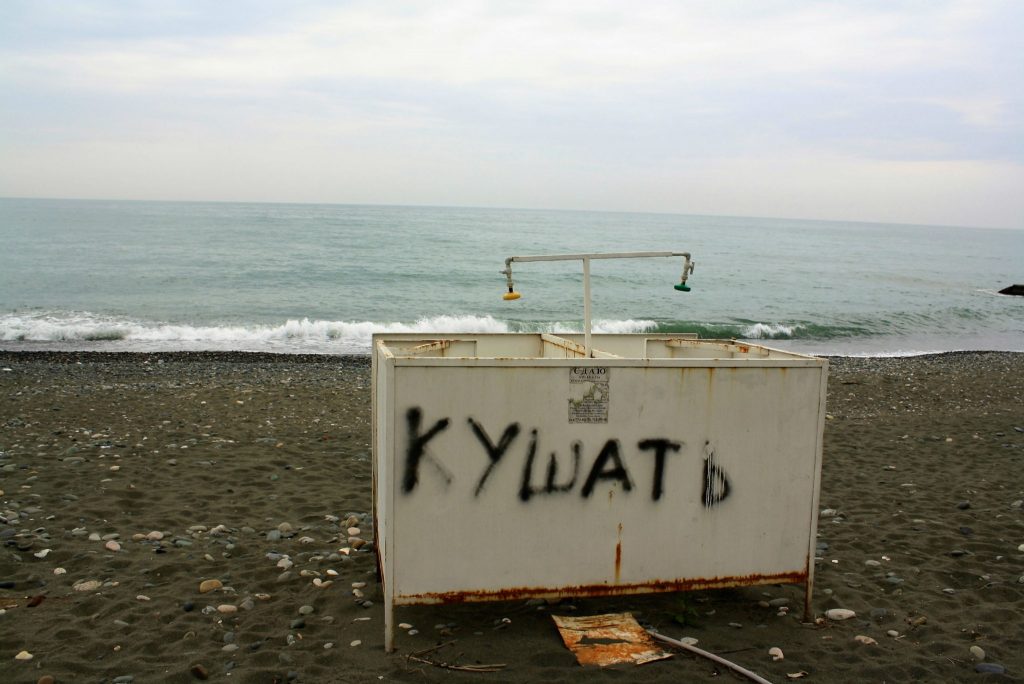 There’s even a few showers left along the black sand sea front.

The Breakaway Republic of Abkhazia is a destination that’s as intriguing as it is isolated. I’ve written a lot about this unrecognised nation in recent blog posts, so I haven’t gone into historic detail or politics here. You can read all about the fascinating, if sorrowful and conflict ridden history of this small de facto independent region in my other articles, and you can even read all about how to travel to Abkhazia yourself, right HERE!