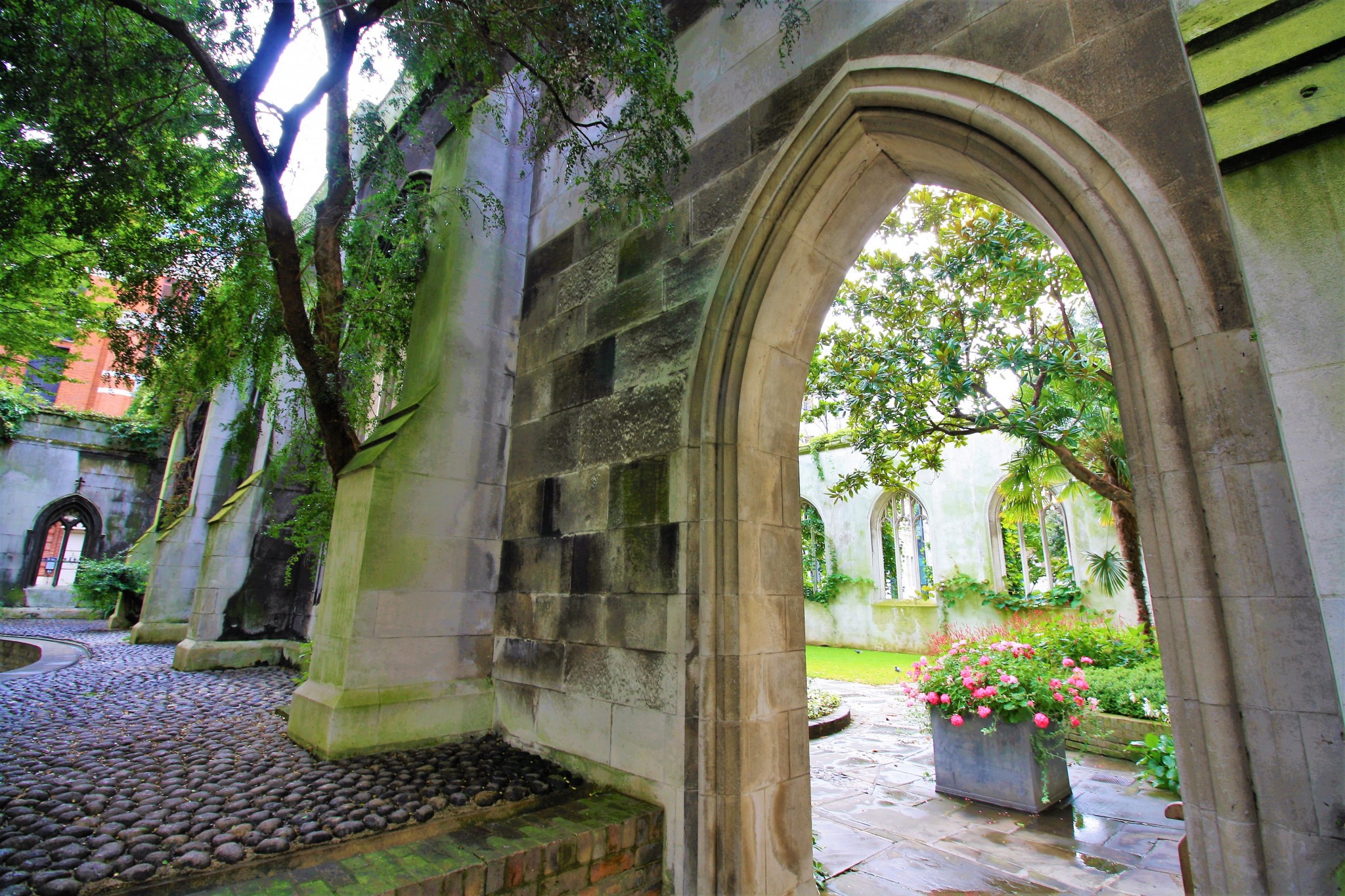 St Dunstan in the East is a blitzed and abandoned church in the centre of London that offers a retreat from the madness of the city.

Recently I took a quick jaunt back to the homeland, and I found a little time to explore a few abandoned buildings. In London I visited the ruins of an old church, St Dunstan in the East, and found a peaceful escape from the chaos that is the City of London. 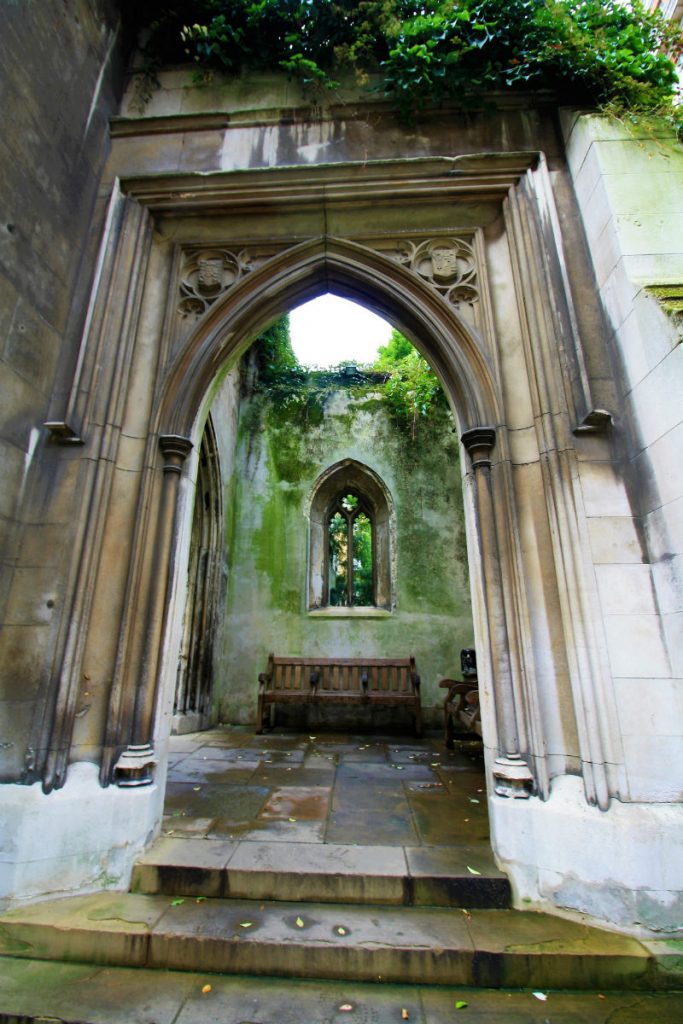 St Dunstan in the East is quietly hidden away in the back alleys of the city, a mere 10 minutes walk- if you can push your way through the crowds of people of course- from London Bridge. It’s concealed amongst the high rise towers and newer buildings, but this old church was here before anything that now surrounds it. 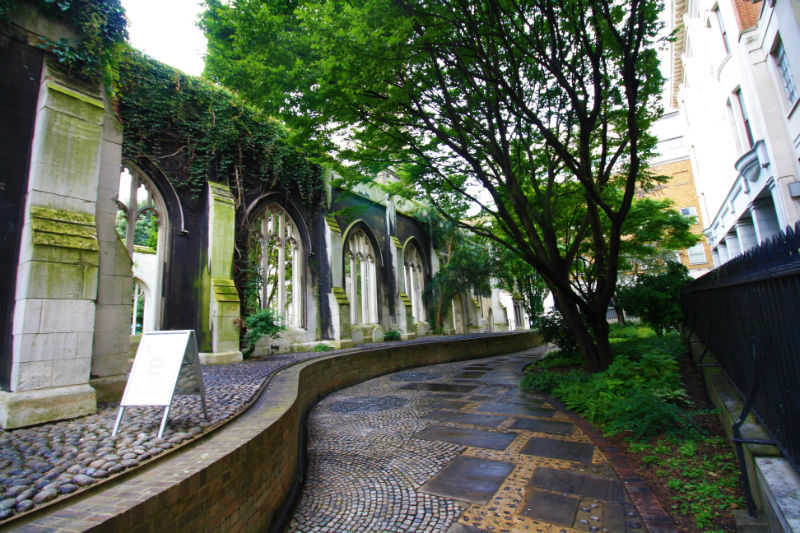 Built in the 11th Century AD, this church stood for five hundred years until it was ravaged in the Great Fire of London that swept through the city in 1666. St Dunstan in the East was repaired though, and London’s most iconic architect- Sir Christopher Wren- then added the steeple that still stands today. 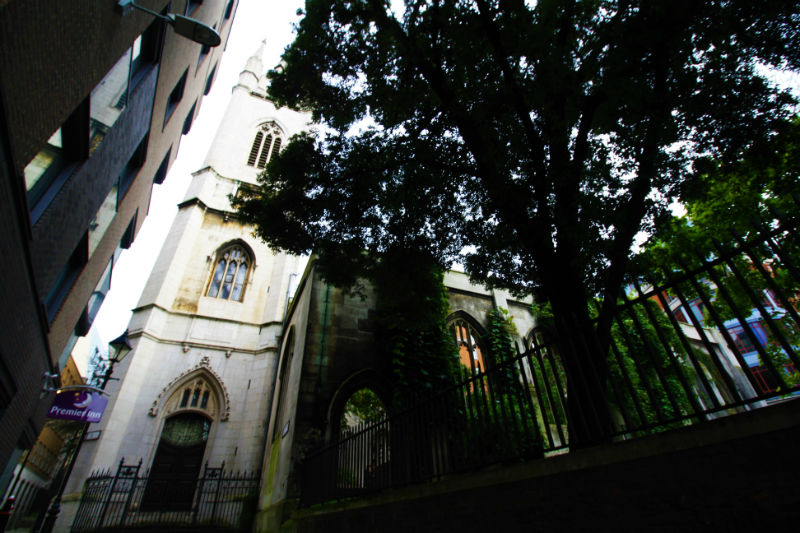 A few centuries on and St Dunstan in the East fell again, this time to the ravages of modern warfare. In 1941, during the Blitz of World War II, the church was completely gutted by bombs. 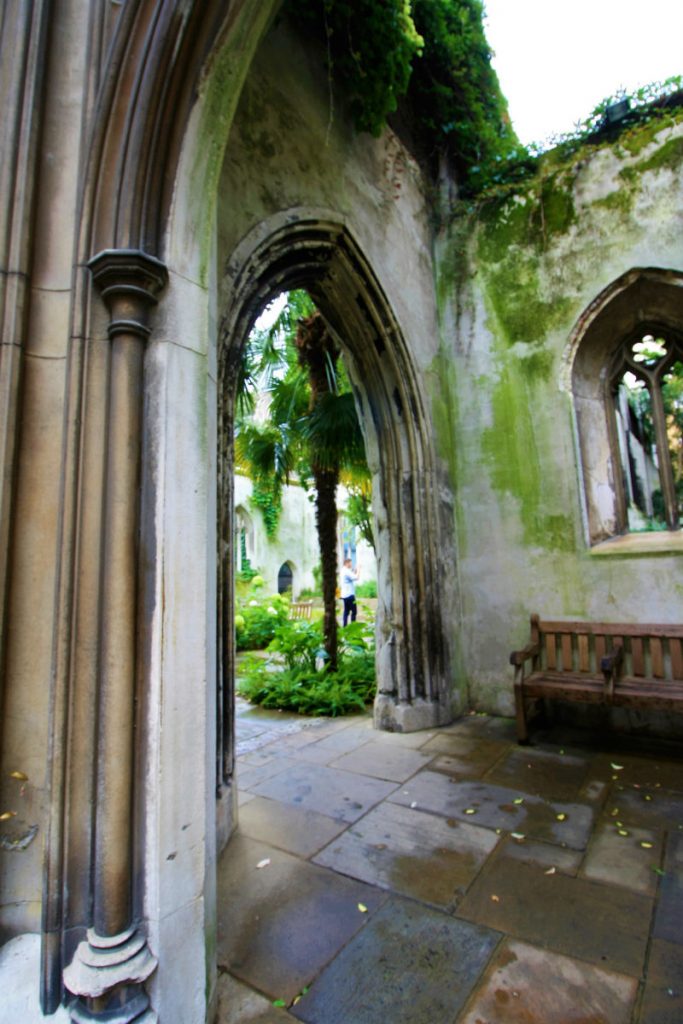 The steeple remained intact, as did the two of the surrounding walls, but the inside was hopelessly destroyed, while the roof caved in. This was to be the end of St Dunstan’s long and heroic life as a place of Christian worship. After the war, it was decided not to rebuild and the church was left, abandoned and blitzed in the centre of London. 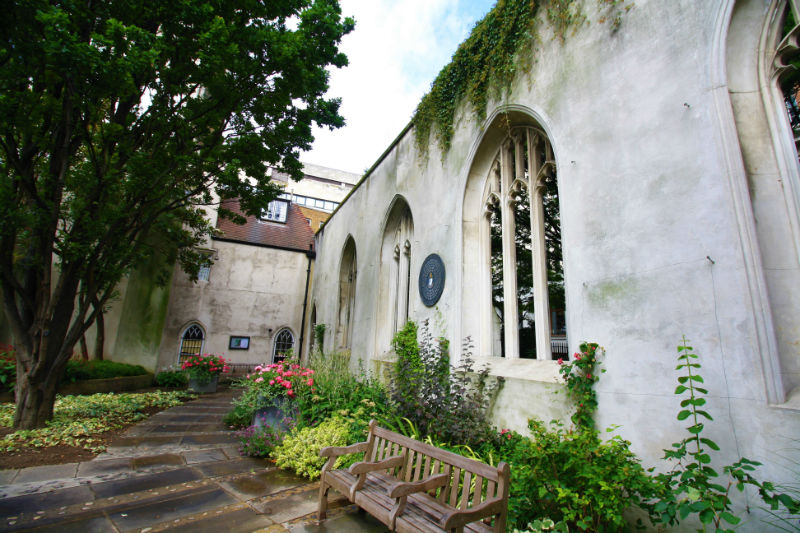 That is, until 1967, when the City of London found a new and ingenious use for this derelict space. St Dunstan’s would find a new life, as a green and prosperous garden in the middle of a chaotic urban sprawl. 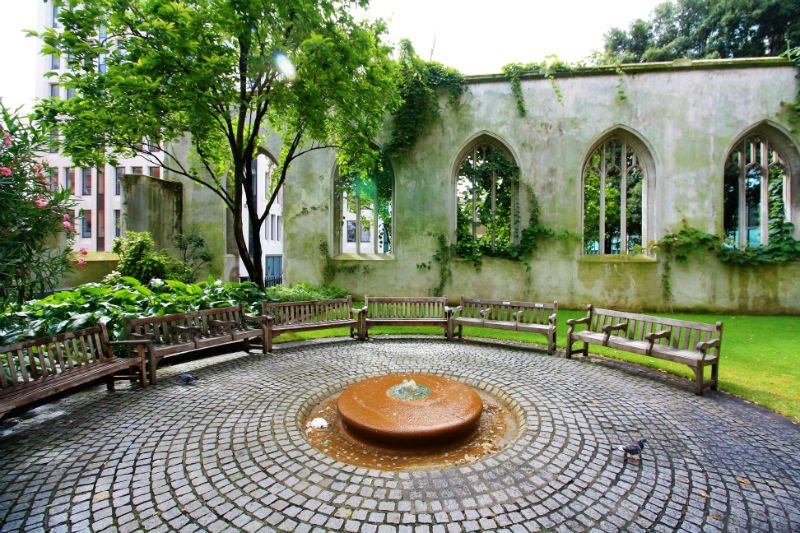 And since then, it has remained secluded and peaceful. Only steps away from the busy roads of the city, when I visited there were only a few others enjoying the scenic tranquillity. 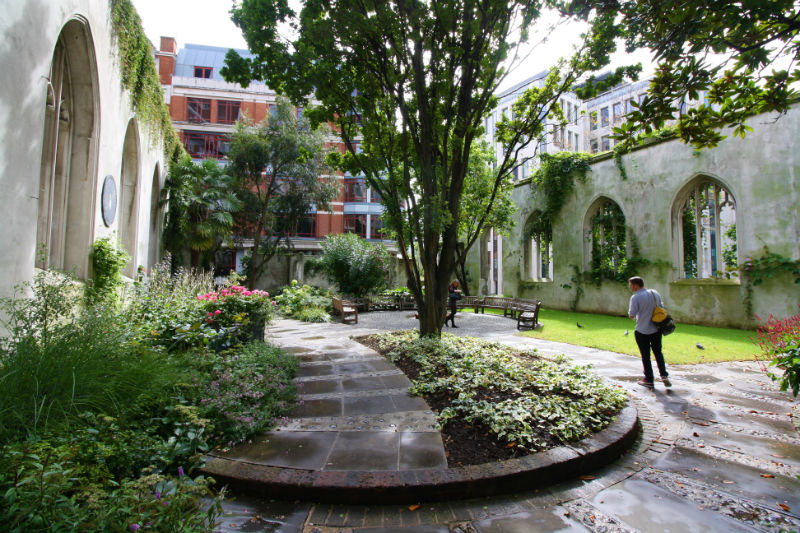 The church has been well groomed for an abandoned building, and the greenery is kept in beautiful order around the blitzed walls, and public benches have been installed to make this setting even more of a getaway from the crowds of London. 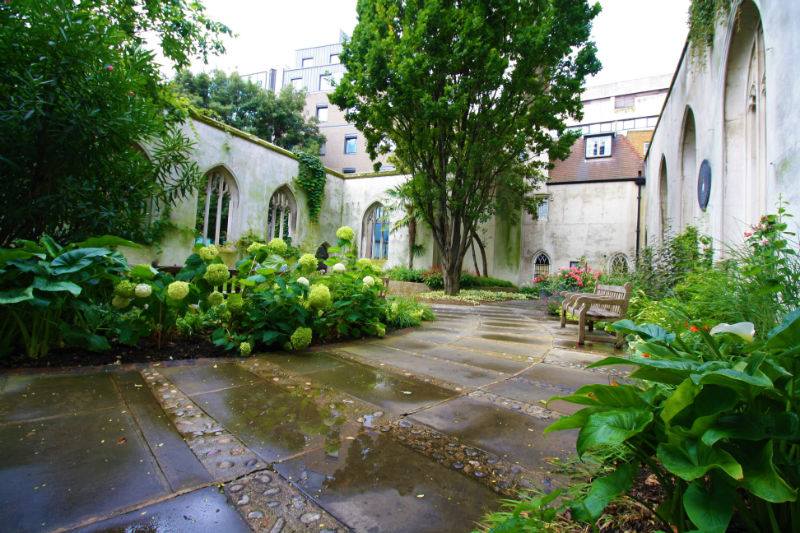 St Dunstan in the East goes a long way to prove that even in one of the world’s largest and most visited cities, there’s always a hidden spot just waiting to be uncovered. 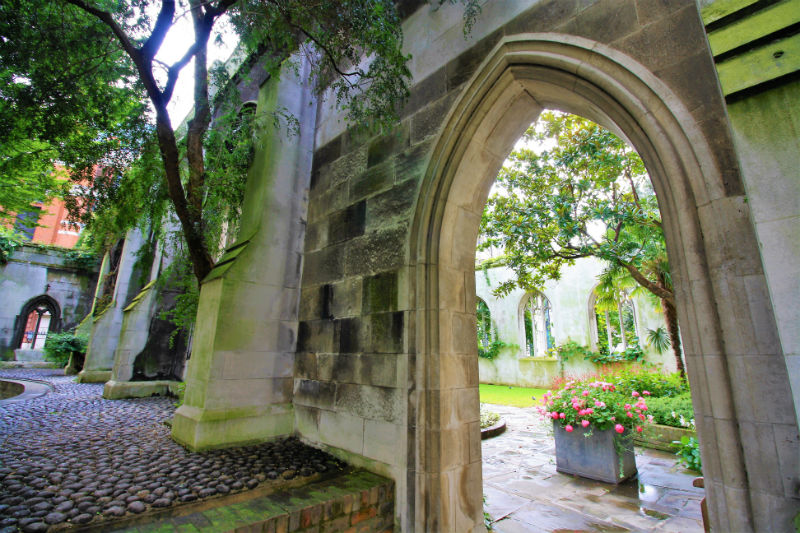 You just have to know where to look.