The Jeepney: The King Of The Road 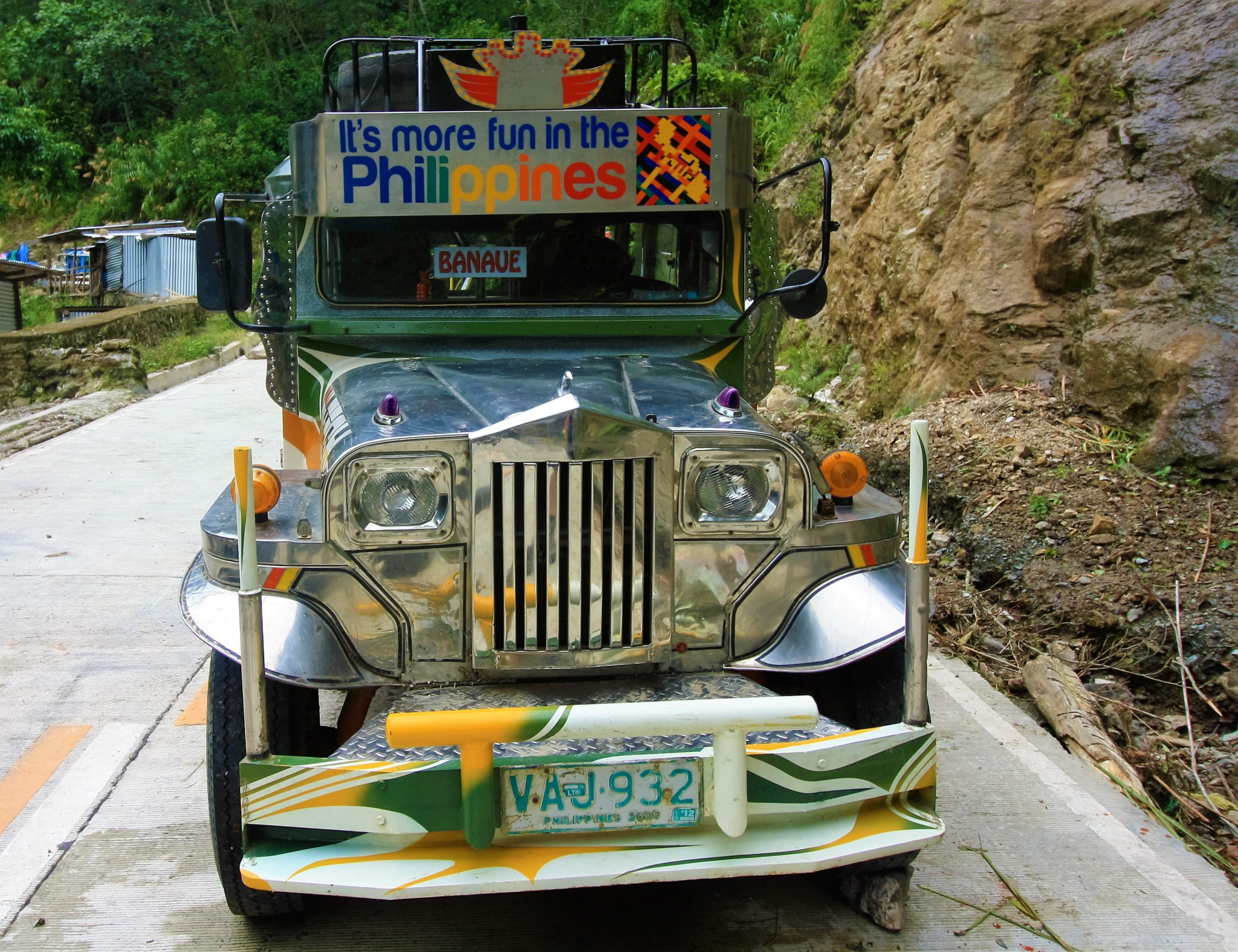 The Jeepney: the undisputed King of the Road in the Philippines.

The Jeepney is the symbol of the Philippines. It’s a brash, loud, excitable and manic beast, decked out in gaudy ornaments and painted in vibrant colours to tear up the streets across the country. It’s a seemingly chaotic method of public transport, yet one which reflects the character of the whole nation. The Jeepney is the king of the road. 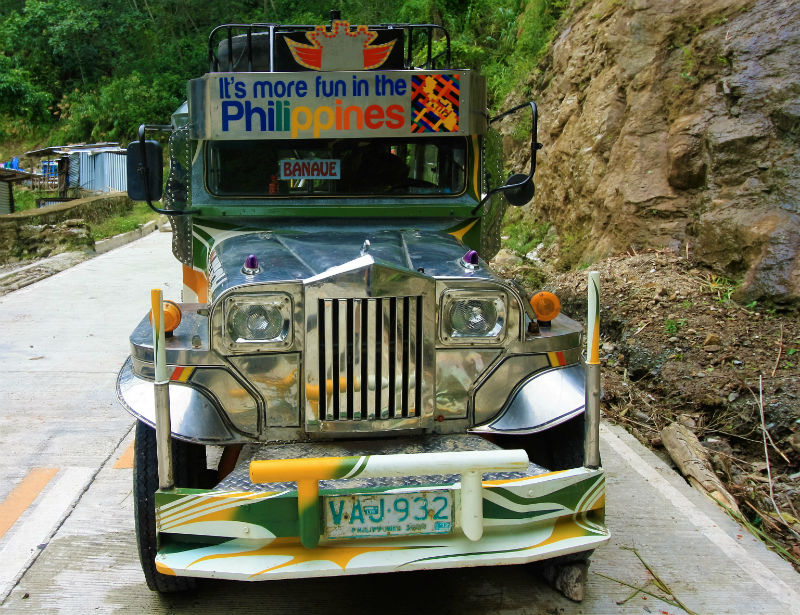 While in Manilla I took a trip to where the magic happens, where the infamous Jeepneys of the Philippines are handcrafted with hard work and more than a little love into the colourful behemoths you see assaulting the traffic laden streets with speed and reckless fury. I saw up close how these unique and colourful vehicles are painstakingly put together at the Sarao Jeepney Factory, in Metro Manilla. 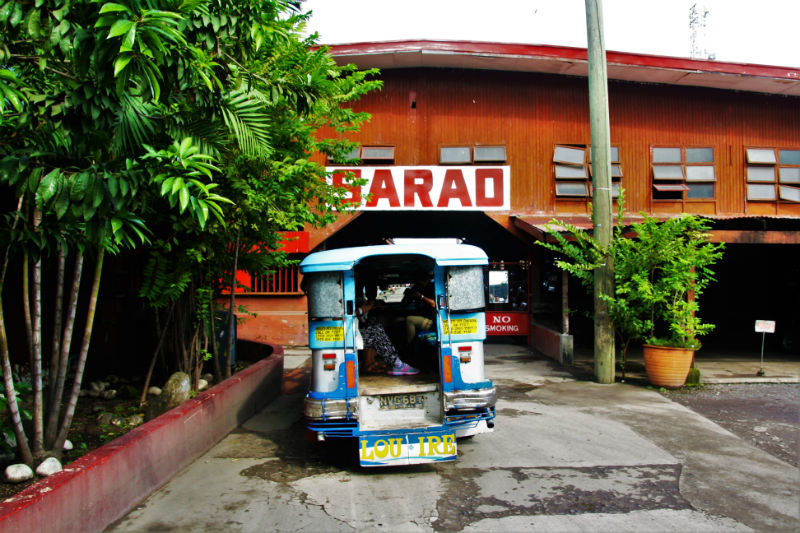 The Jeepney has become an almost mythical entity within the Philippines, but its origins are far more humble than its legendary appearance would suggest. 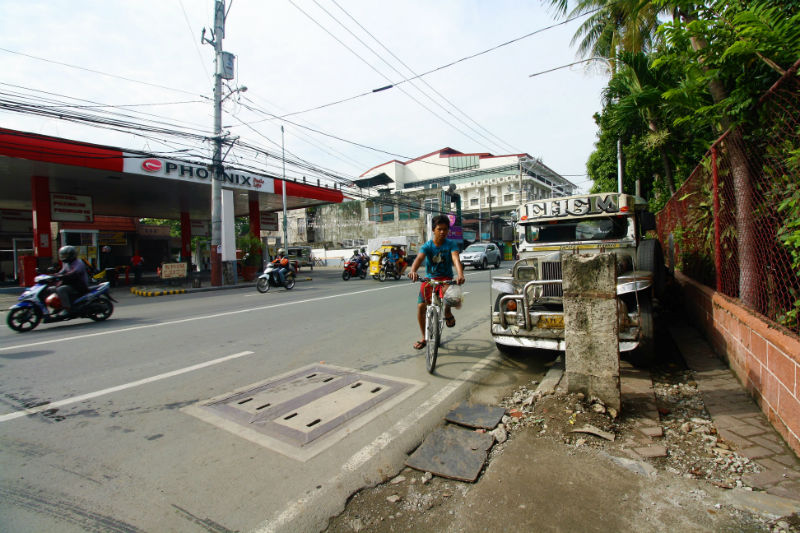 Its beginnings as a form public transport are rooted in practicality and creativity. At the end of World War II and as the Philippines prepared for independence after Japanese occupation, the American Armed Forces began to leave the country, and they also began leaving behind thousands of Jeeps. 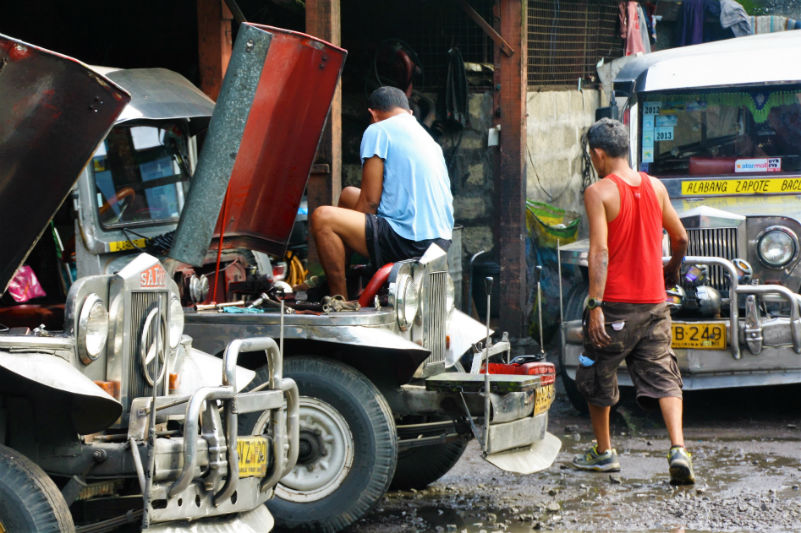 Entrepreneurial and enterprising Filipinos began to scoop these up at minimal costs, and with infrastructure almost non existent after the brutal fighting of World War II, the Jeeps became the perfect replacement for public transport. After a bit of modification of course. 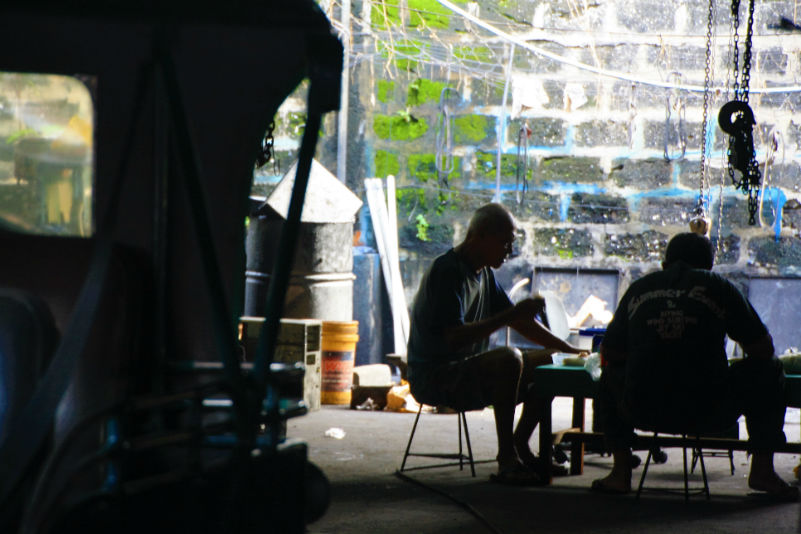 The left over Jeeps were sold offer for as little as 1 USD a vehicle, and thousands were snatched up. Filipinos added more seats, extended the chassis, covered the Jeeps with metal roofing and turned a small but robust vehicle into a rudimentary bus. 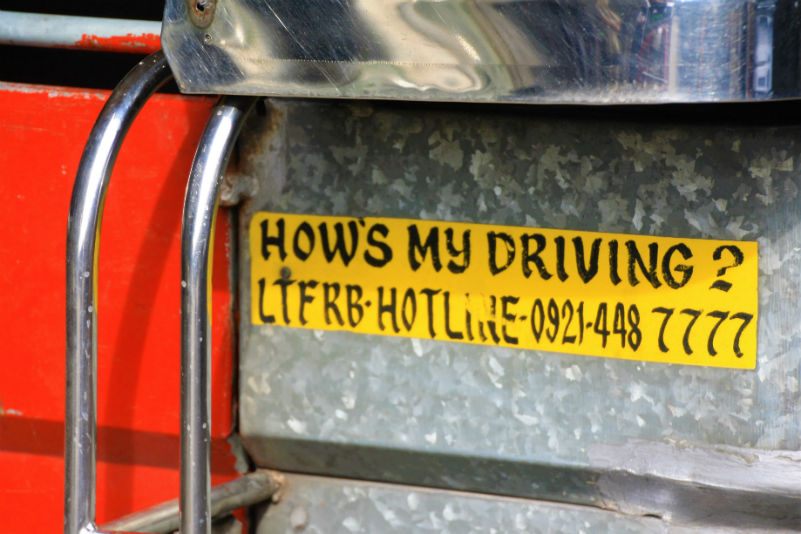 Over time, the modifications became more extensive, more elaborate and creative and the Jeepney took on a character of its own, before ultimately becoming the character and the icon of the Philippines itself. 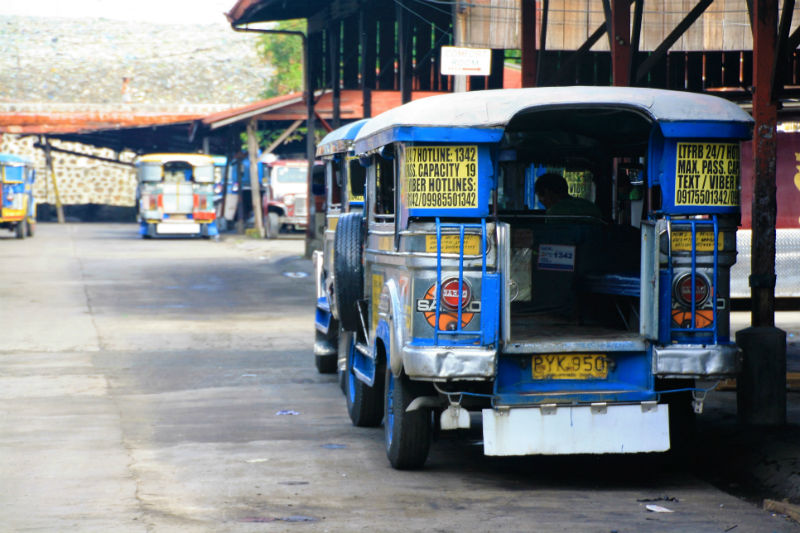 The Sarao factory was started in 1953, on a budget of only 14 USD and quickly grew into a leading manufacturing company. Thousands and thousands were churned out, but in recent years thing have slowed down. 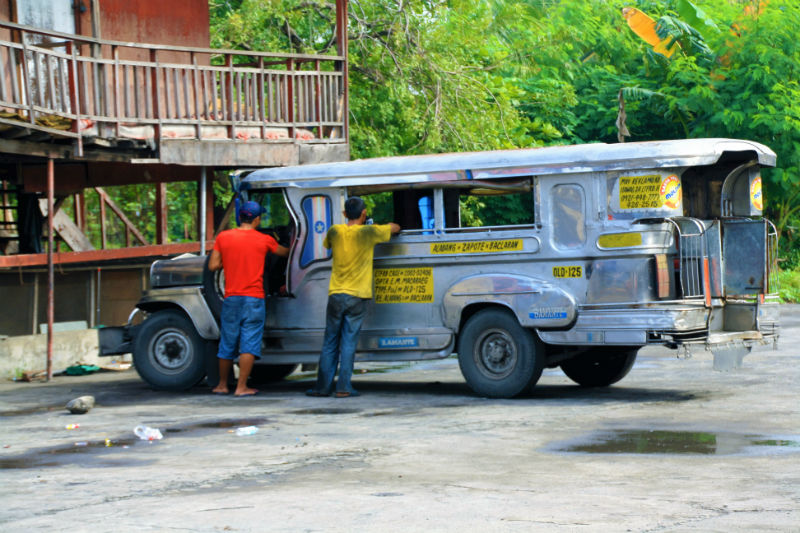 Only around 10 are produced new each month, at a cost of roughly 12,000 USD each depending on the customisation. Each is individually designed and constructed. Each is unique. 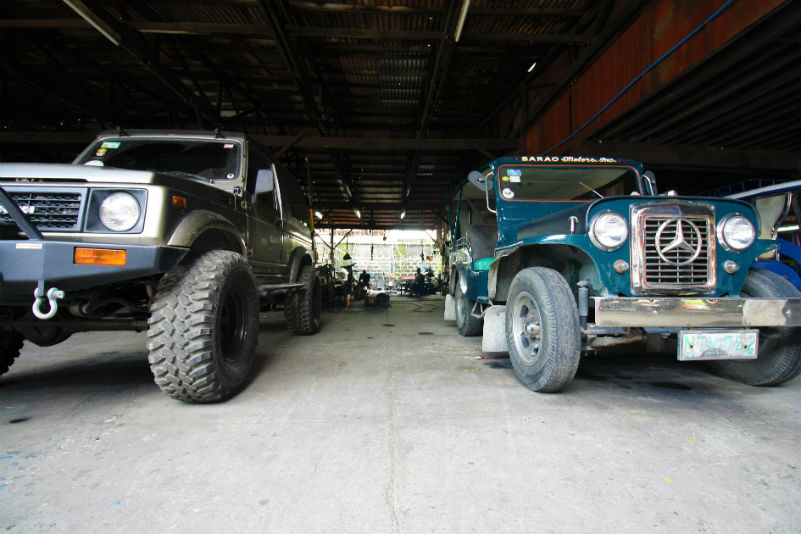 But due to rising costs and Manilla’s massive congestion issues- for which Jeepneys are in part blamed- they are slowly beginning to be replaced by new, more profitable and environmentally friendly modes of transport. 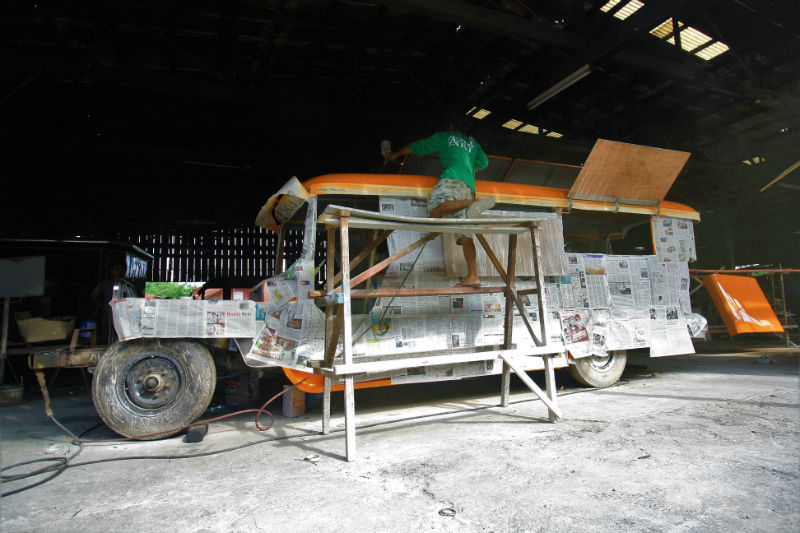 The Jeepneys are resilient though. If a vehicle takes a hit in traffic, then the malleable aluminium structure can easily be hammered back into shape, or even bent into a new shape. But being unique means few standardisation’s across the vast fleet that causes congestion across the nation, and that makes repair work expensive for Jeepney owners. 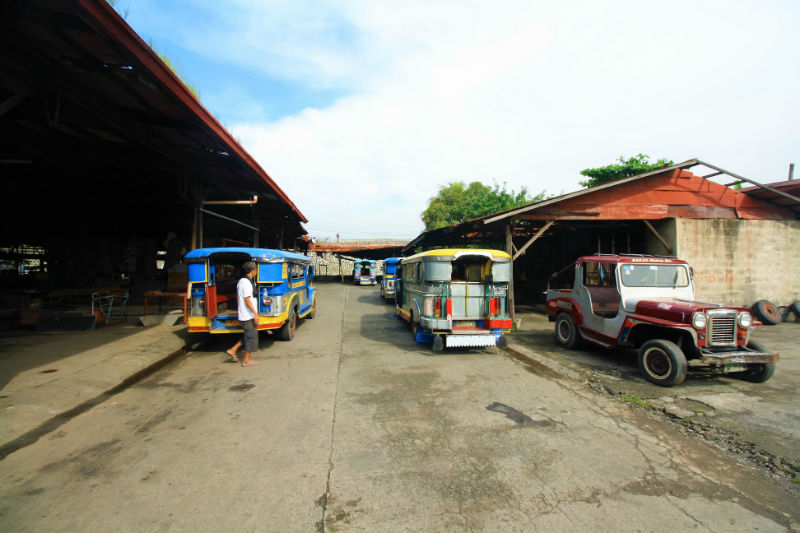 The drivers don’t have it much better either. Most rent their Jeepneys out for a day’s work, but have to work set routes at set fare tariffs. It’s a long day of driving to cover the costs and then to make a meagre profit to take home. 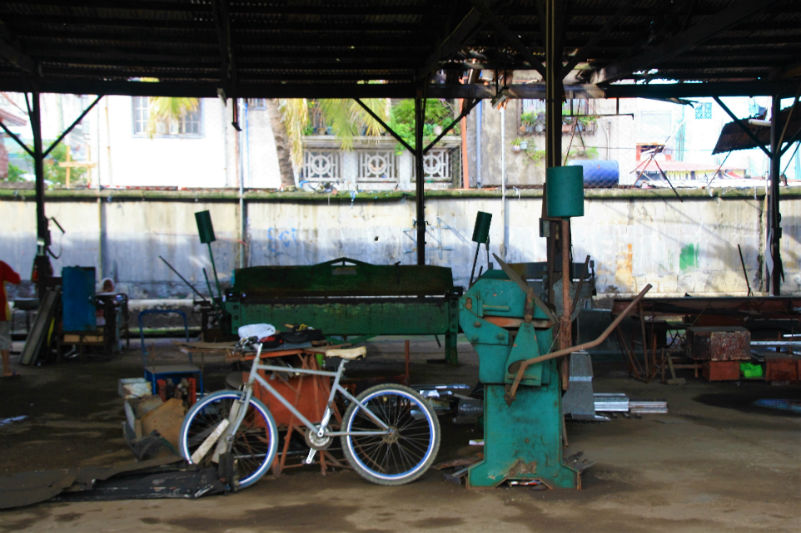 The Jeepney will always remain the King of the Road in the Philippines though, even if ts practical days as a form of public transport are numbered, it will always keep its role as a classic icon of the nation. 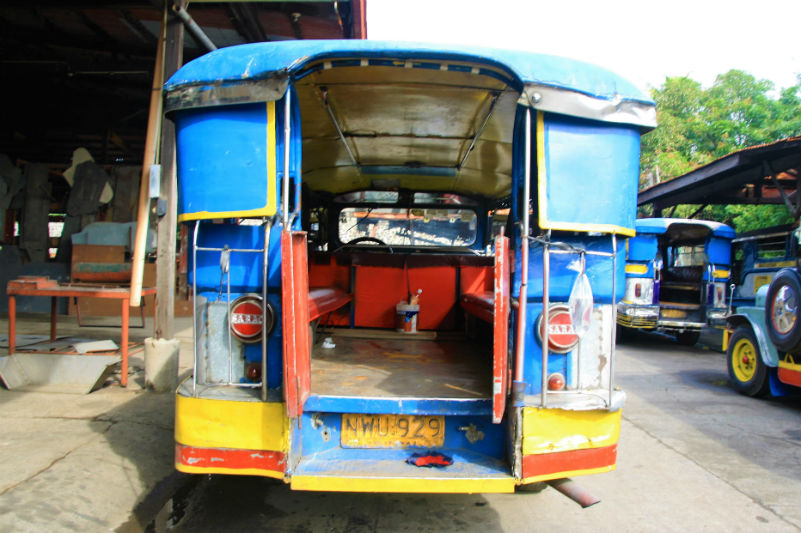 Photos From The Road: The Amorita on Panglao Beach In Bohol