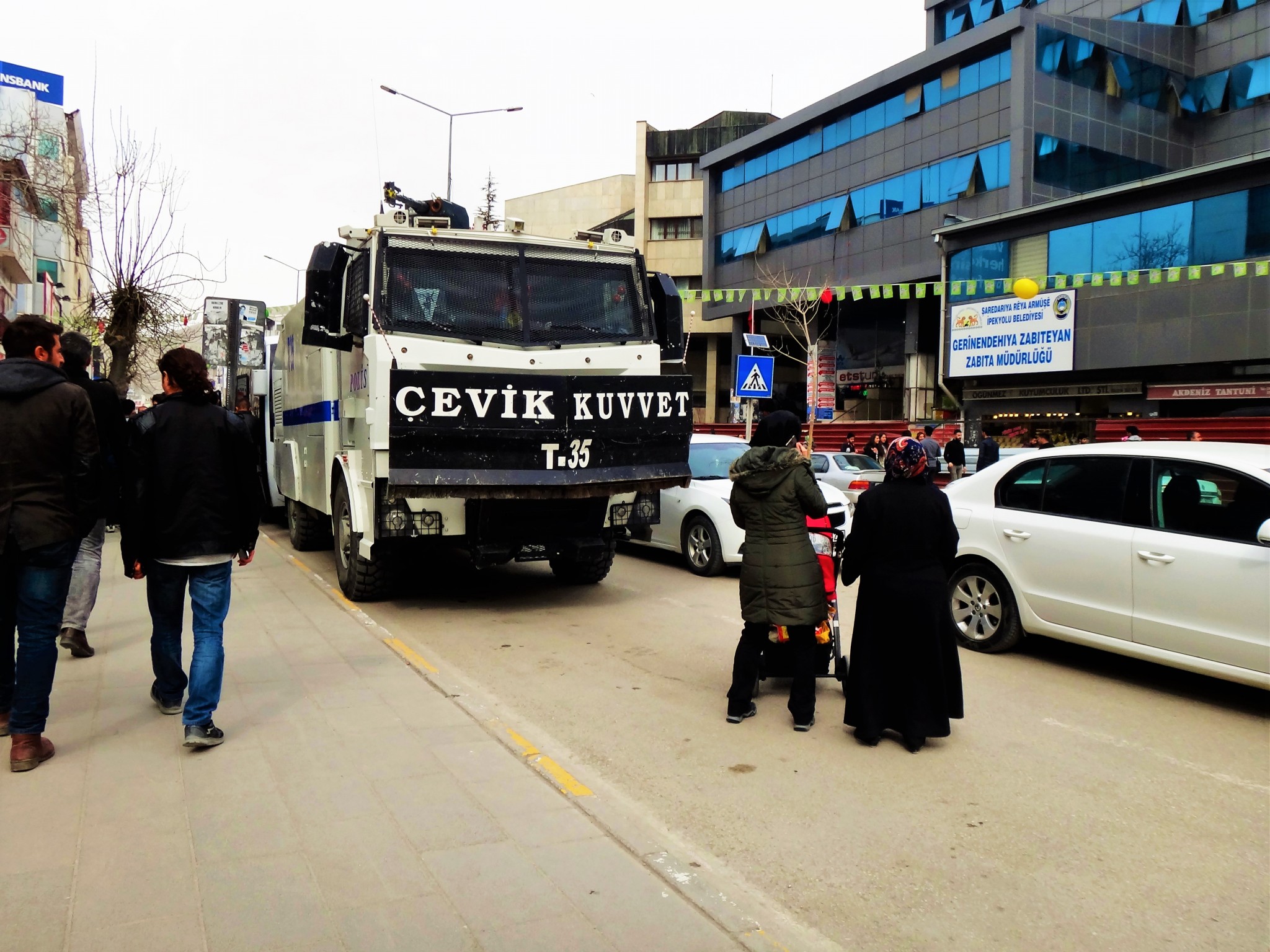 “I am not Turkish. I am Kurdish”. This was the hundredth time I’d been vigorously told that this day. This was Van, in the Turkish province of Eastern Anatolia, or as I was told, the Kurdish lands.

Van is a sprawling metropolis. It’s the biggest city in the east of Turkey, spreading out from the equally enormous Lake Van from which it takes it’s name. But the majority of the city’s inhabitants when asked- or even if you don’t ask for that matter- will tell you that they are not Turkish, but Kurdish.

Van was different to much of the rest of the rural east that I’d travelled through. This was the big city, where students from across the province came to study at the University, where people came to find work and make their fortune. There were coffee shops, fast food joints and even a few pubs. This was a long way from life in the villages and towns, places like Hasankeyf or Karadut. 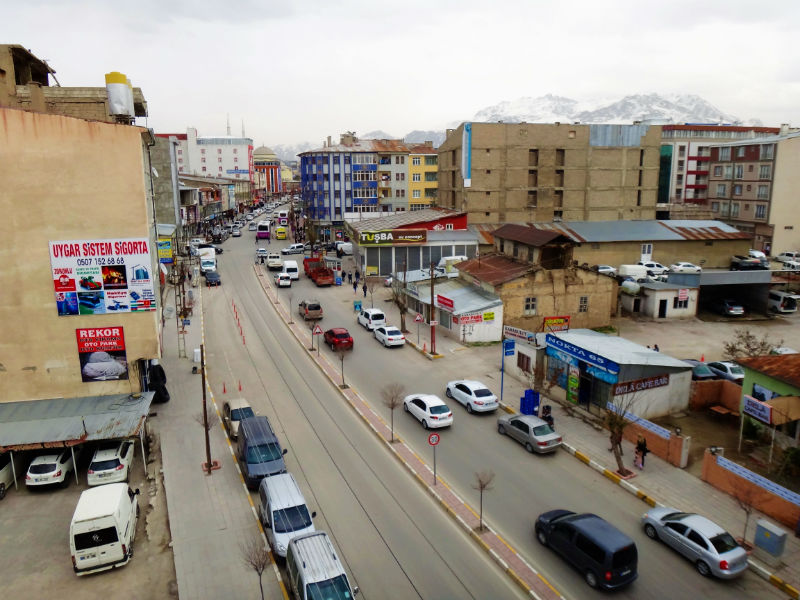 There was though an unmistakable police presence here. Armoured cars were patrolling the streets, and riot vans were stationed on the sides of the roads. In the city centre itself, on the busy main thoroughfare, there was a riot van parked every hundred metres or so. There were blacked out, armoured plated busses full to bursting with riot police, ready to charge out at a moment’s notice. Visiting for the first time, my impression was one of tension. This could be a bad time to visit. What could be brewing in the city, ready to burst out in violence? Perhaps political protests were planned or a nationalist march would be happening? Why else would this city need such a huge law enforcement presence? 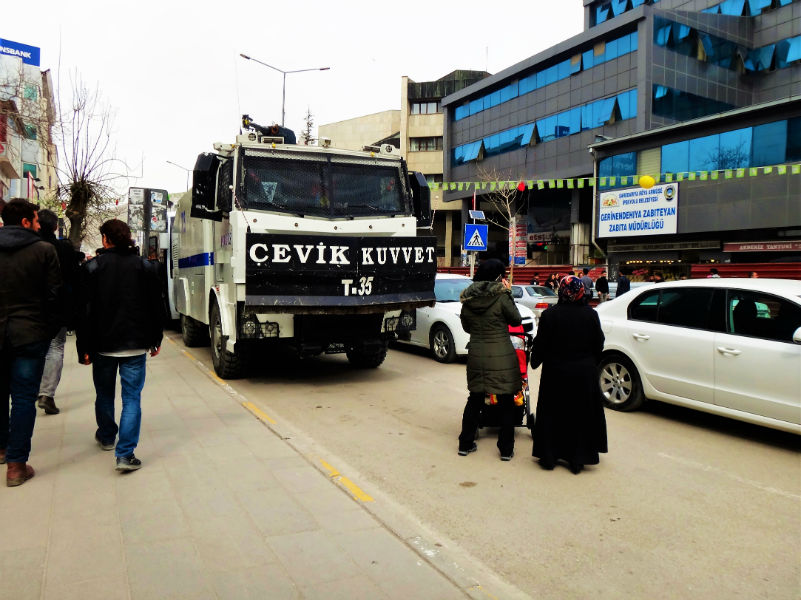 But nothing happened. I strolled through the streets, visited the shops, the coffee shops, the tea houses and ate kebabs. I soon grew used to the sight of  balaclava wearing, assault gun touting police standing guard on the street corners. And no one else aside from me even seemed to notice them.

One of the younger guys in a coffee shop told me this was normality. After he stressed that he was Kurdish of course. This was how it went here, he said with a nonchalant shrug, before asking who my Premier League footballer was. His was Wayne Rooney.

Another young local guy told me in broken English and flamboyant sign language- again after stressing that he was of course Kurdish- that he’d moved here from the south, his home was in the volatile region near the Iraqi border where violence was flaring up between the PKK- the outlawed Kurdish nationalist organisation- and the Turkish army. It wasn’t a safe place to be. He’d moved here to escape it all. Van was a safe haven. And as I’d already heard much throughout the region, he wanted me to know that he didn’t believe the fighting was the best course. It gave his people a bad name. The Kurds are a peaceful people. 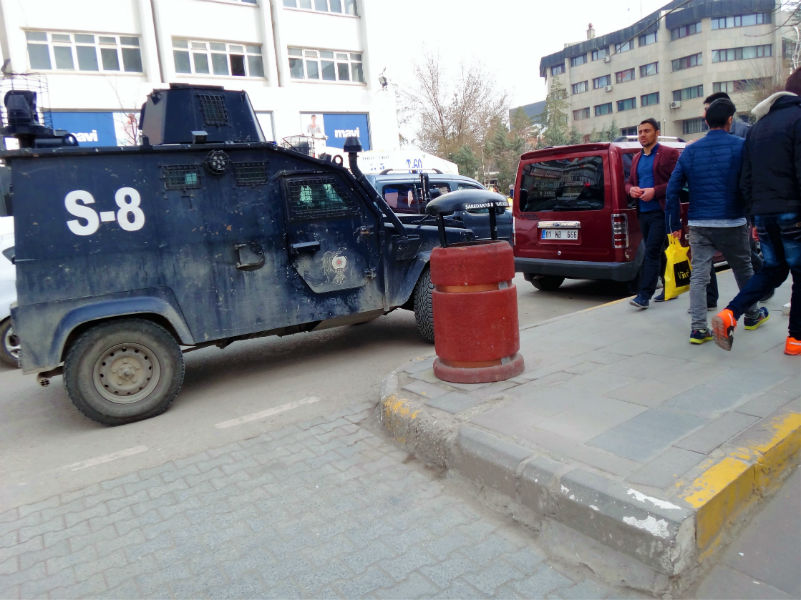 The riot vans, with their water cannons at the ready didn’t seem to be in place for protection though. Like the rest of Eastern Anatolia, it seemed more occupation duty than protection duty here. It seemed as if they were expecting anything to kick off at anytime here. And they were going to be ready for it.

In one bloody event in January of this year, military forces raided a house in the city, killing 12 suspected PKK militants. Kurdish news called it “a mass execution”, with unnecessary force and violence used. It wasn’t the first and it won’t be the last incident in the Kurdish majority of Van. So the police had reason to be wary in this city perhaps, but so did the locals…

Kurdish nationalism is a sensitive subject in modern Turkey. But with the wars in Syria and Iraq spilling over the borders, the people of Turkey have not gone unaffected, be they Kurdish or Turkish. While the people I spoke to in the city lived their lives surrounded by security forces and armed police, with the threat of protests and violence tense across the city, they were unfazed by it all. For the people of Van, it was just another day of riot vans.