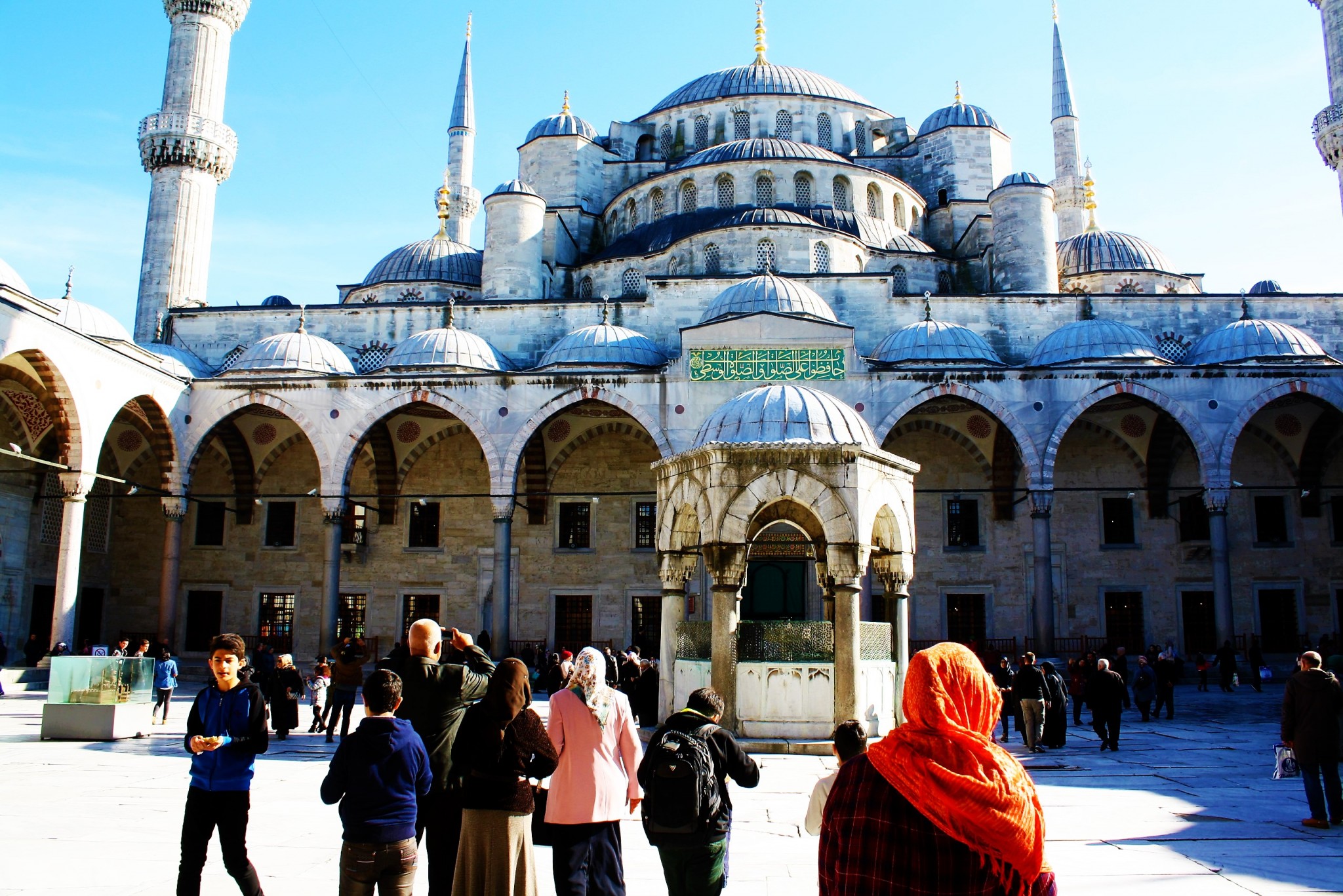 The city where Europe meets Asia and where cultures crash into each other.

A city that has shaped the history of the world.

This is the ancient city of Constantinople, that has stood on the Bosphorus since time immortal. A city that Empires have bled dry to control and Kings and Sultans have conquered and fought over.

And now it’s the proud, cultural centre of a modern Turkey.

Ferries cross from Europe to Asia, as they have for centuries.

And now more than ever, in the face of events on the Turkish borders, Istanbul is at the forefront of world events.

I visited this city in the midst of turmoil, a few weeks after terror attacks hit a huge tourist spot in the old city and a few weeks before more bombings hit the busy shopping streets.

But I witnessed an Istanbul that is defiant. People here won’t stop living their lives under the threat of violence but fear more that visitors will be scared away and that their livelihoods will suffer.

I saw a city that can and should still be visited by travellers and tourists, after all, terror can strike anywhere in these turbulent, modern times.

There’s no use giving into the fear of fear.

These are the photos from the Istanbul that I saw. 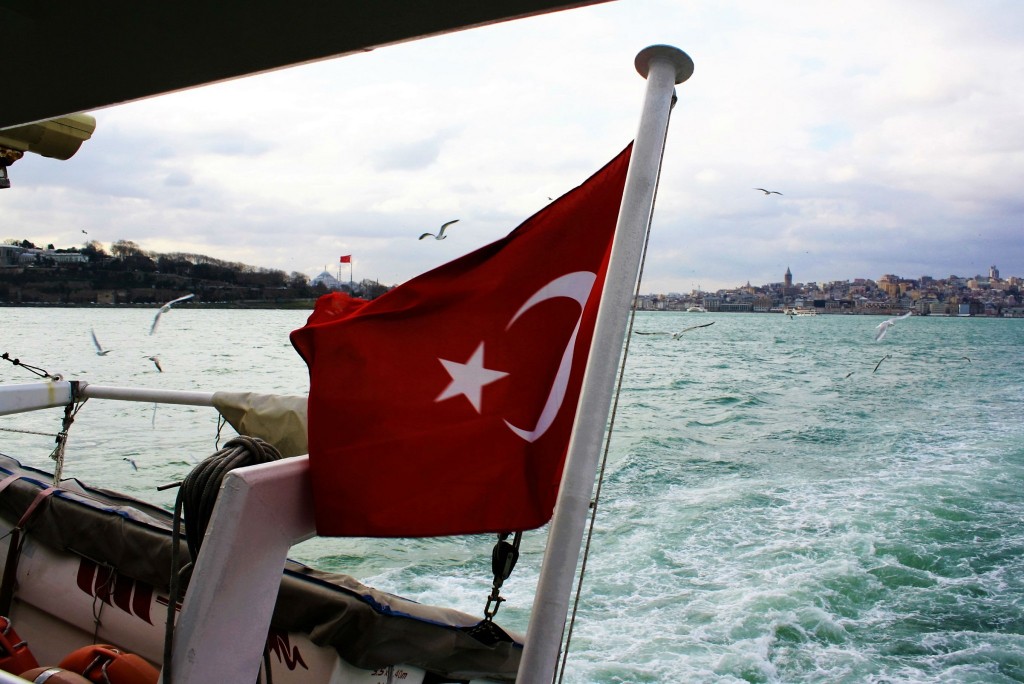 The Turkish flag flies from the ferry as I cross from the ‘European’ side of Istanbul, to the ‘Asian’. 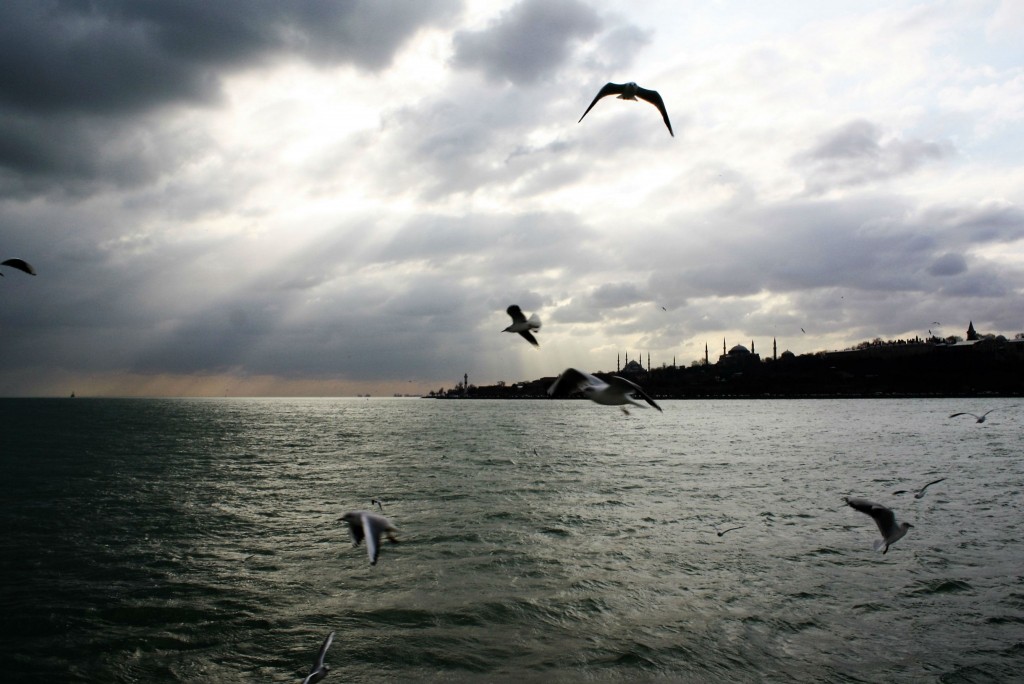 The city’s old and historic centre, Sultanahmet, as seen from the middle of the Bosphorous. 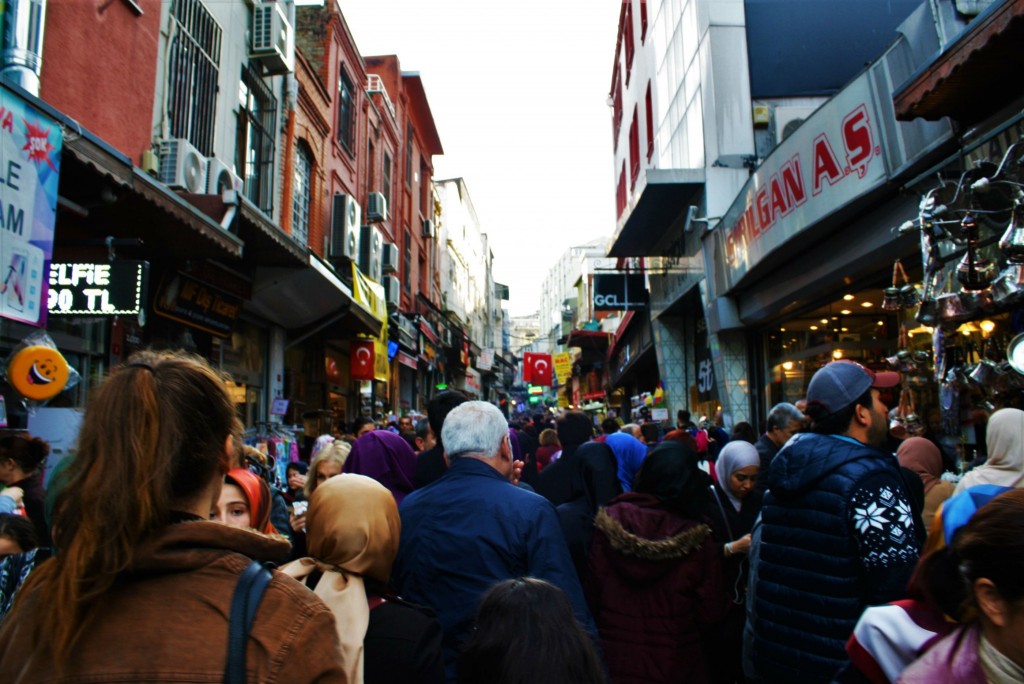 Near to one of the entrances of the Grand Bazaar, the street is filled to bursting with shoppers. 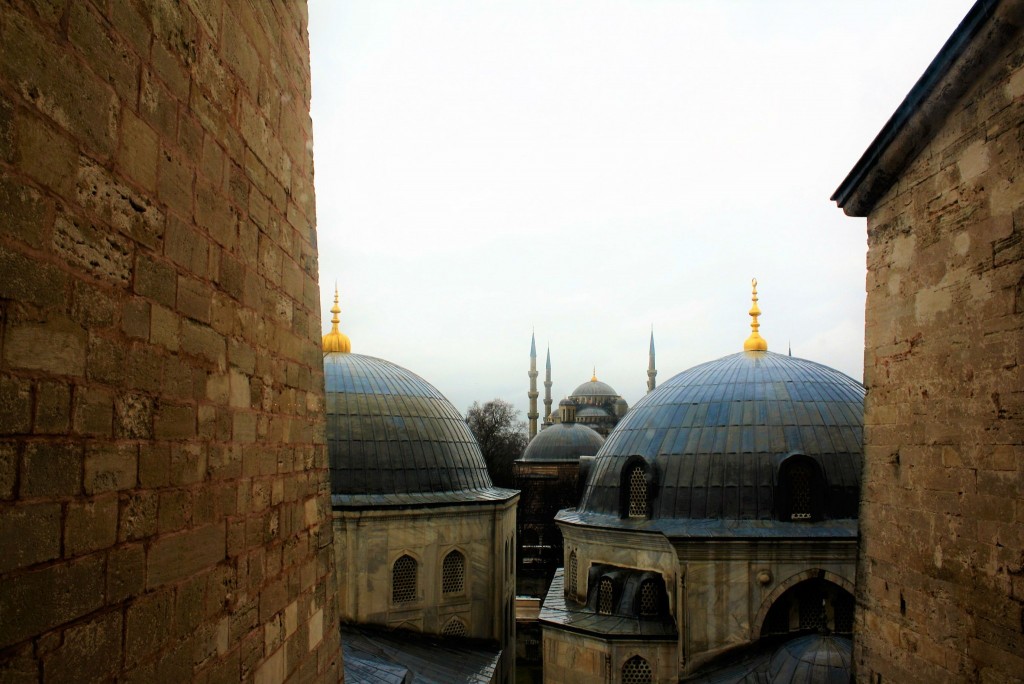 The Blue Mosque in the distance as I look out of a window from the Hagia Sofia. 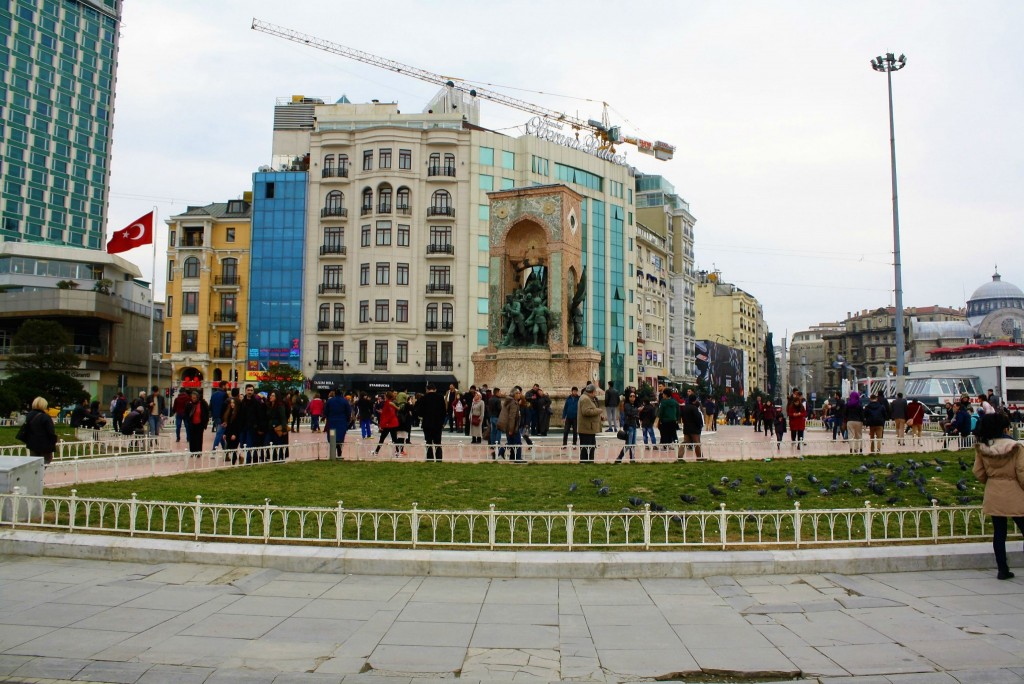 This is Taksim Square, in the ‘newer’ part of Istanbul. A place where Istanbul’s citizens traditionally come to protest. Down the street to the right of the statue, one of the busiest shopping avenues in the city, is where the most recent suicide attack occurred in March. 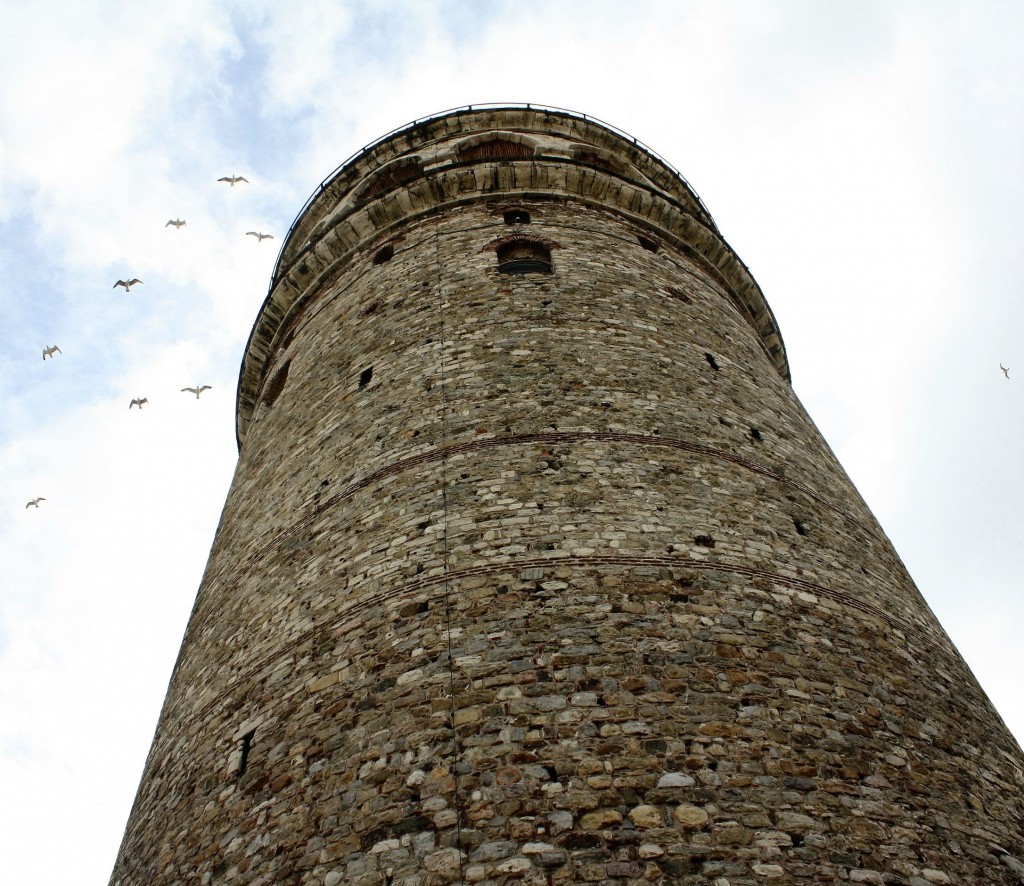 Galata Tower has stood for hundreds of years watching out over Istanbul. Today you can climb this old building for incredible views over the city. 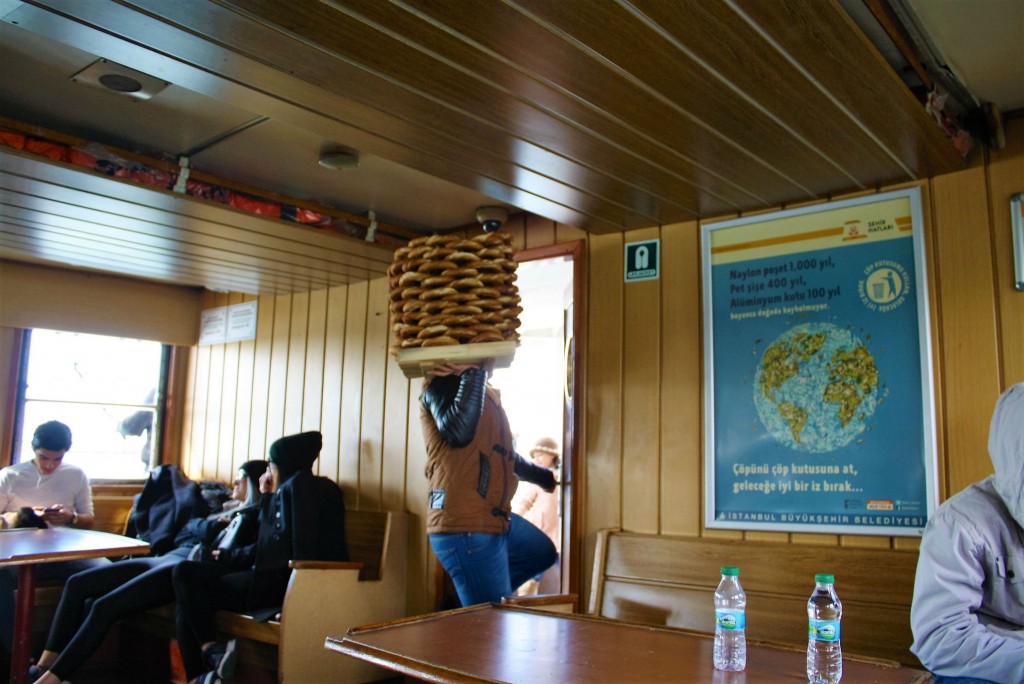 A ferry vendor tries to hawk strange pastry like pretzels, or ‘Simit’, to passengers. 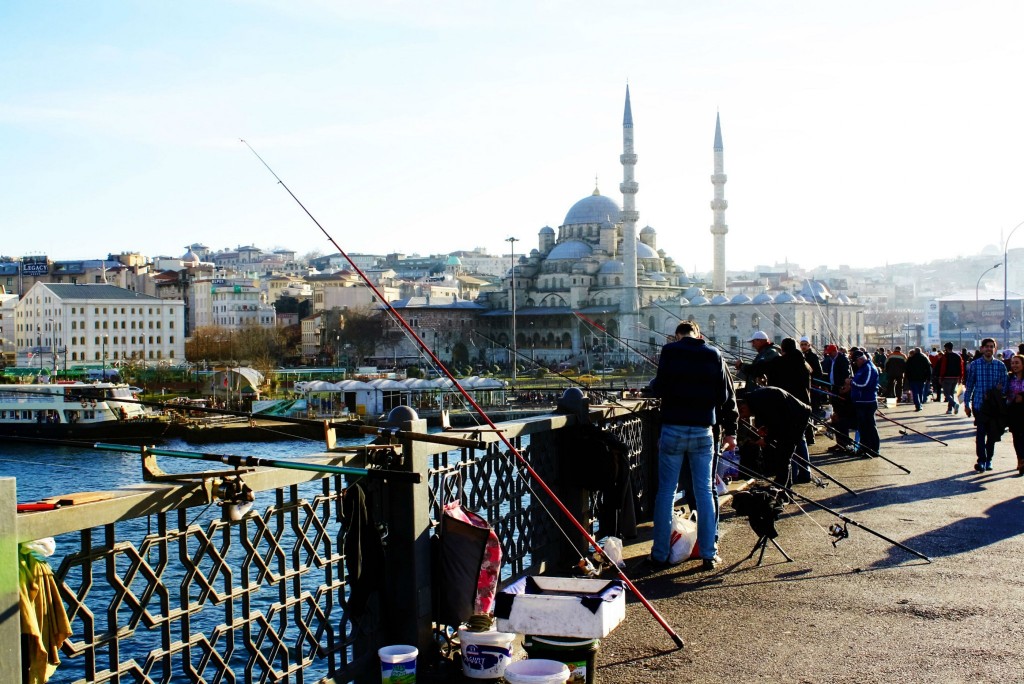 There’s always time for a spot of fishing on the Bosphorous. 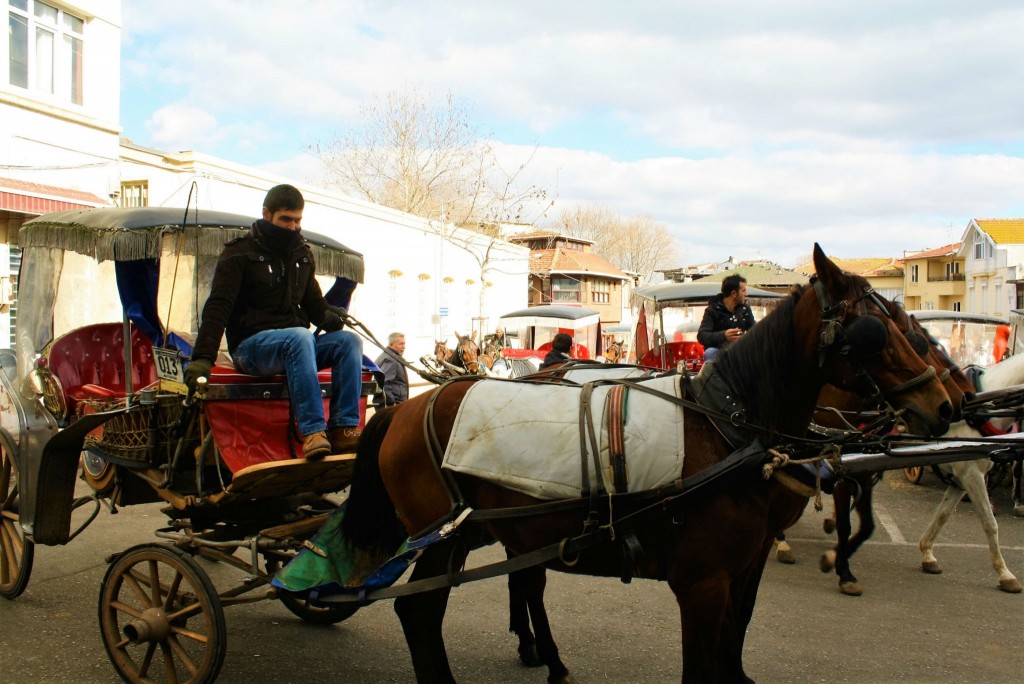 On Prince’s Island, a ferry ride away from the city, a man waits with his horse for tourists. 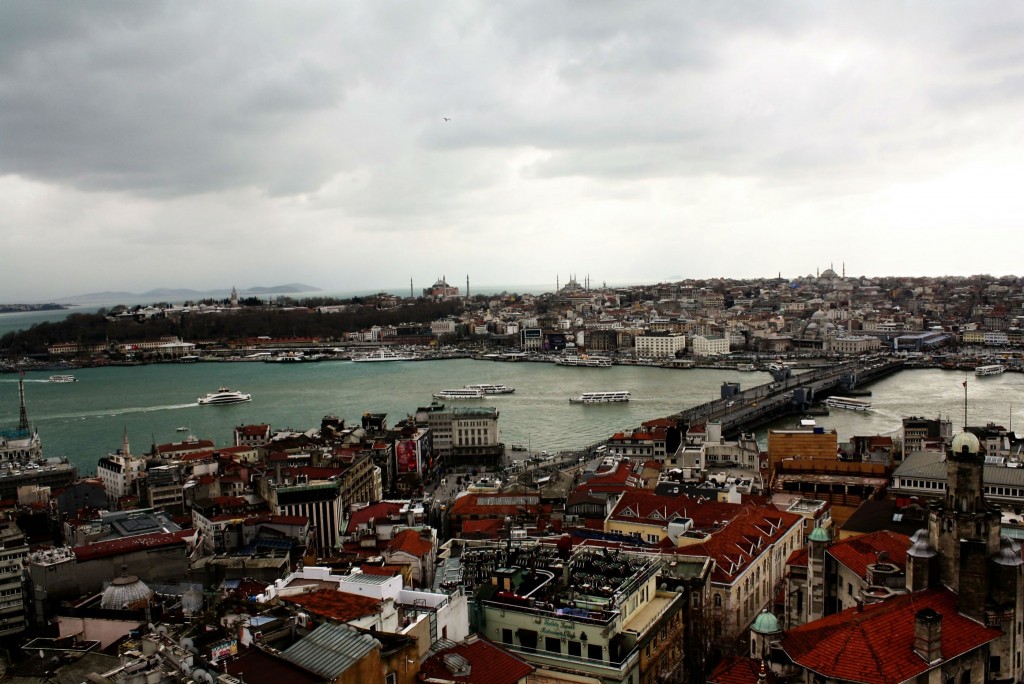 The epic view from Galata Tower across the Bosphorous and towards Sultanahmet. 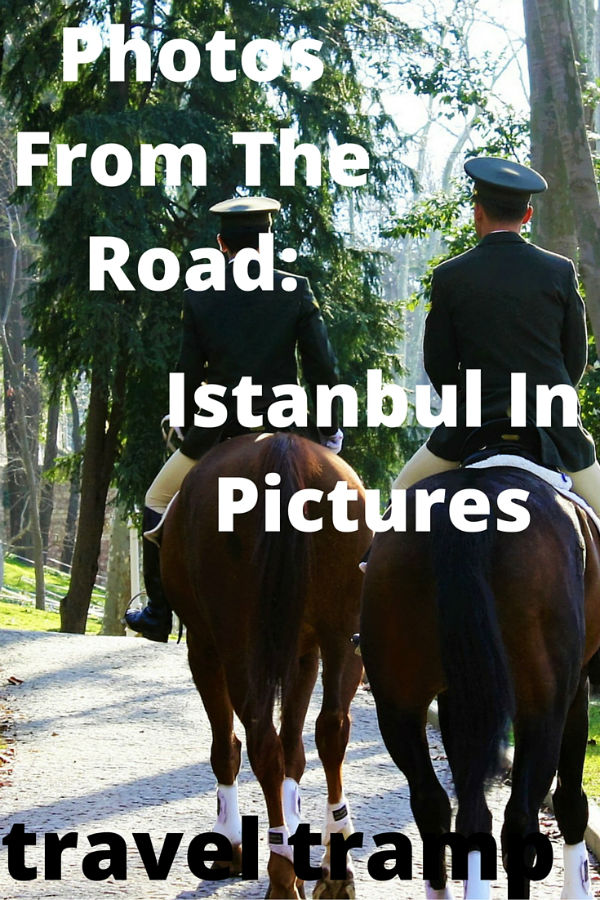