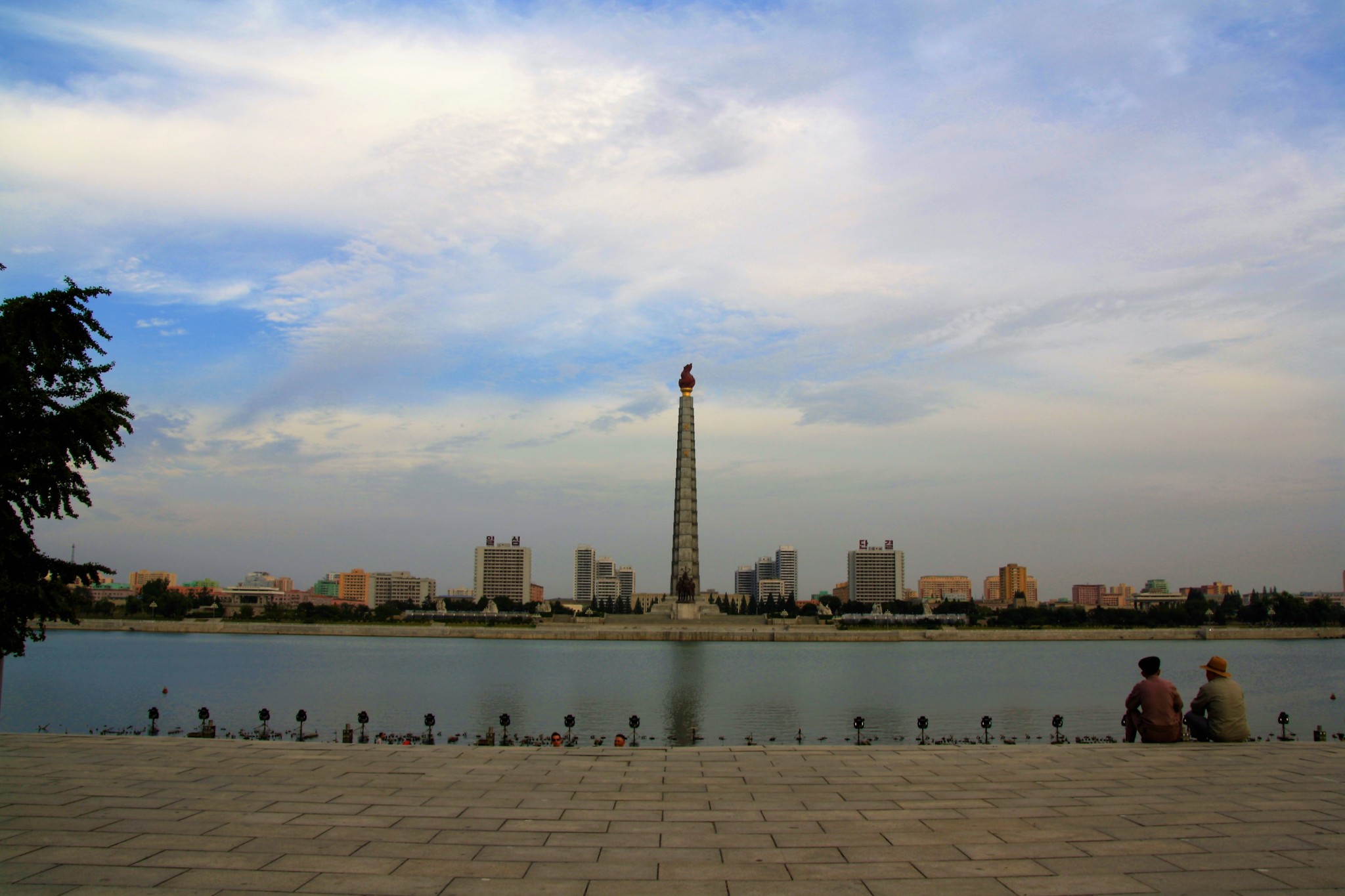 The Democratic People’s Republic of Korea- or North Korea- is one of the most isolated and least visited countries in the world. Here’s a secret look inside the DPRK!

A holiday in North Korea? Are you insane?! Most likely.

Whatever your opinion on tourism in the DPRK, it is an intriguing place to see first hand, and while not everything may be as it seems, the only way to really even begin to understand such a nation as North Korea is to try and see it for yourself.

Tourists can only visit as part of a guided tour, and for my trip I was accompanied by three Korean tour guides for the entirety my stay. Yes, you only see what they are most proud of, no, you can’t wander off on your own, but the guides can’t control everything, and while there are things you will never see, never be told and never hear spoken of, I was surprised at how much I was actually allowed to see and experience of life in the DPRK- especially in Pyongyang.

The truth is always somewhere in the middle, between what you’re told, and what you see. It’s a trip like no other, so here’s a secret look inside the Democratic People’s Republic of Korea! 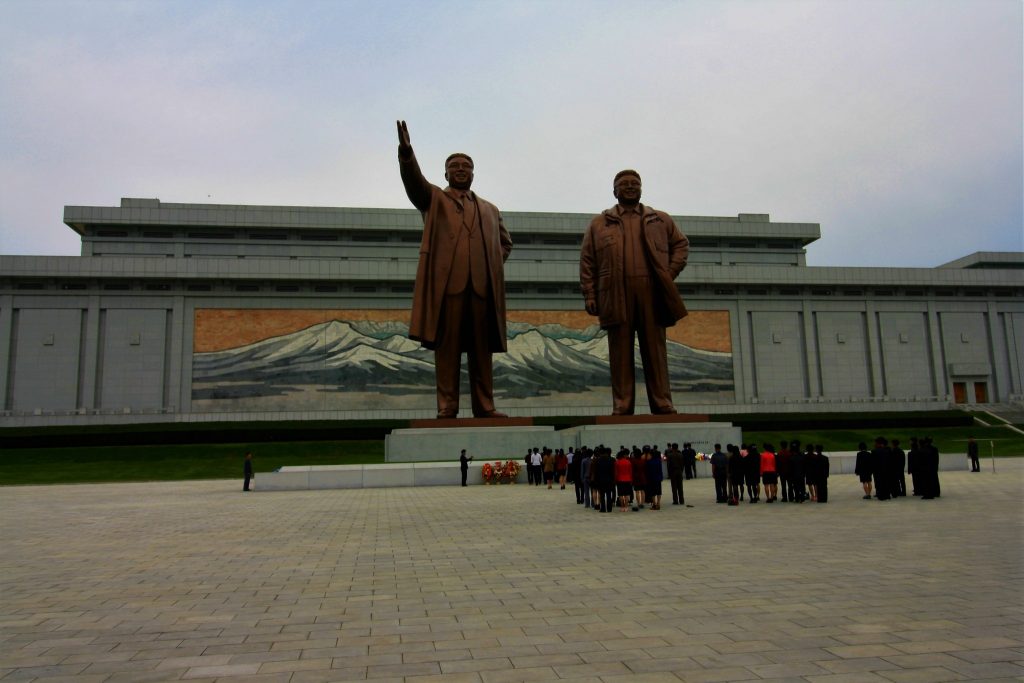 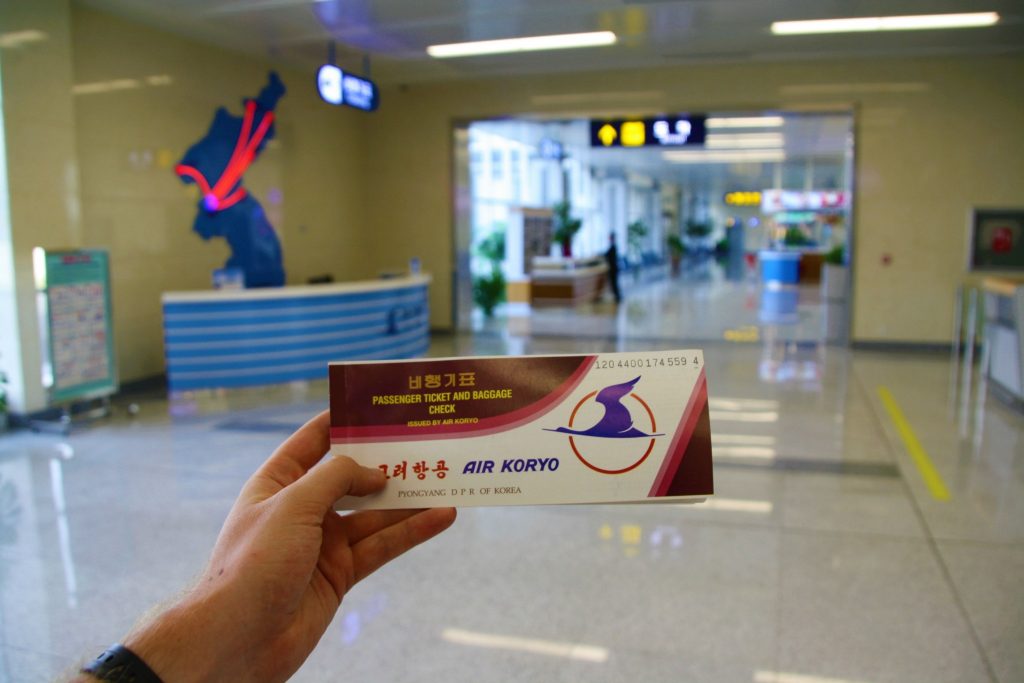 I flew into Pyongyang International Airport from Beijing, with the National Carrier Air Koryo.

There’s few flights operating to and from the airport and the newly renovated and modern terminals are a ghost town when there are no flights. 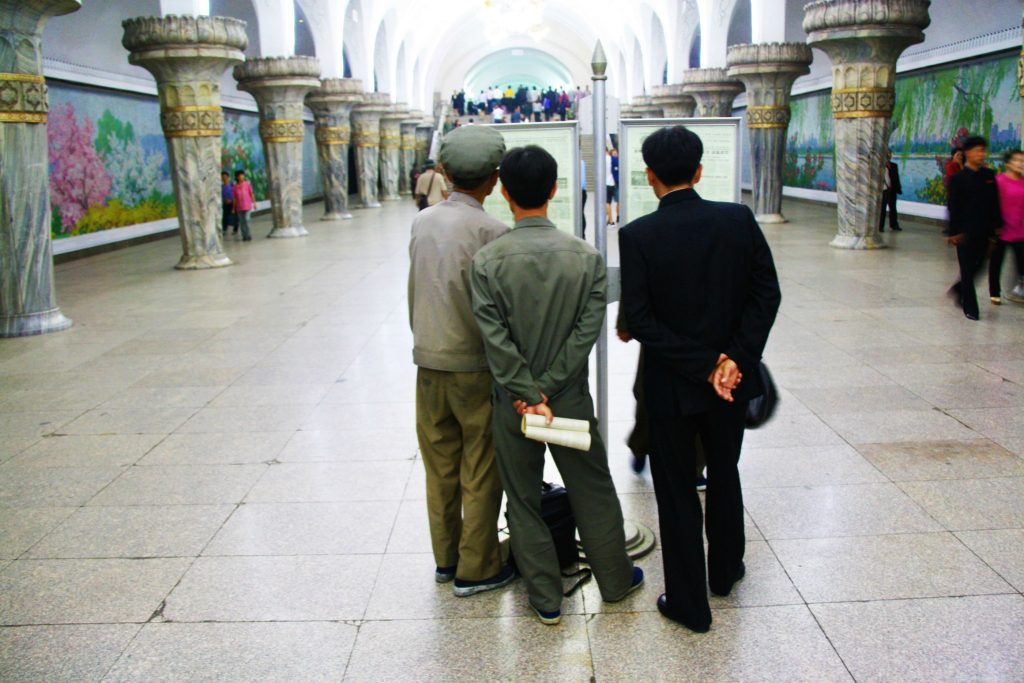 Korean men read the news while they wait in the Pyongyang Metro for their train. 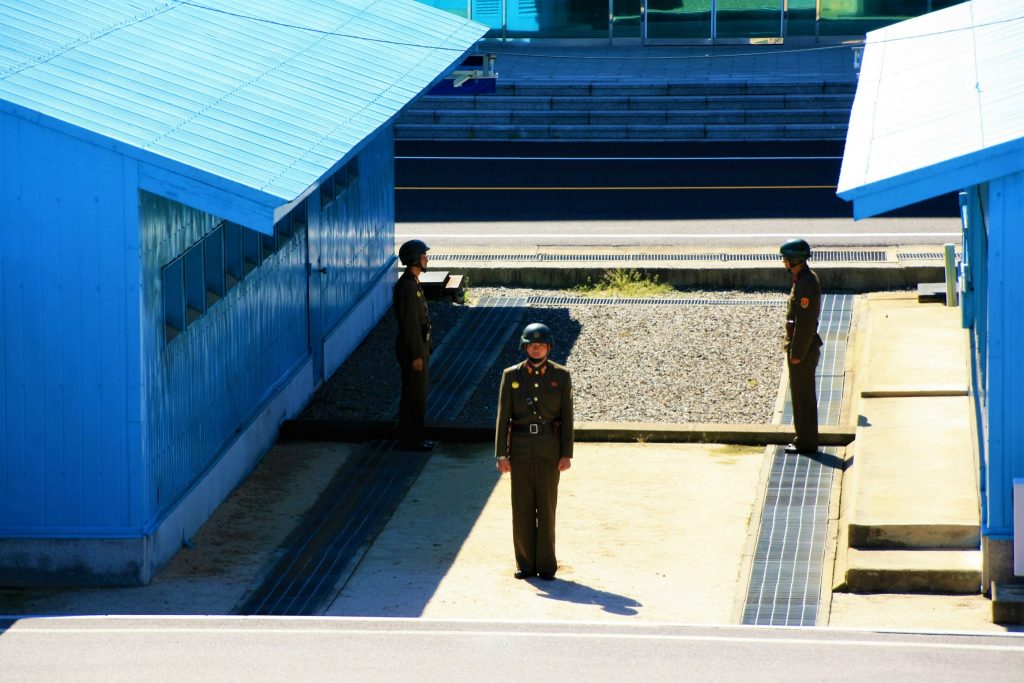 At the DMZ- the demilitarized zone which divides North Korea from South Korea- DPRK soldiers stand on guard duty. 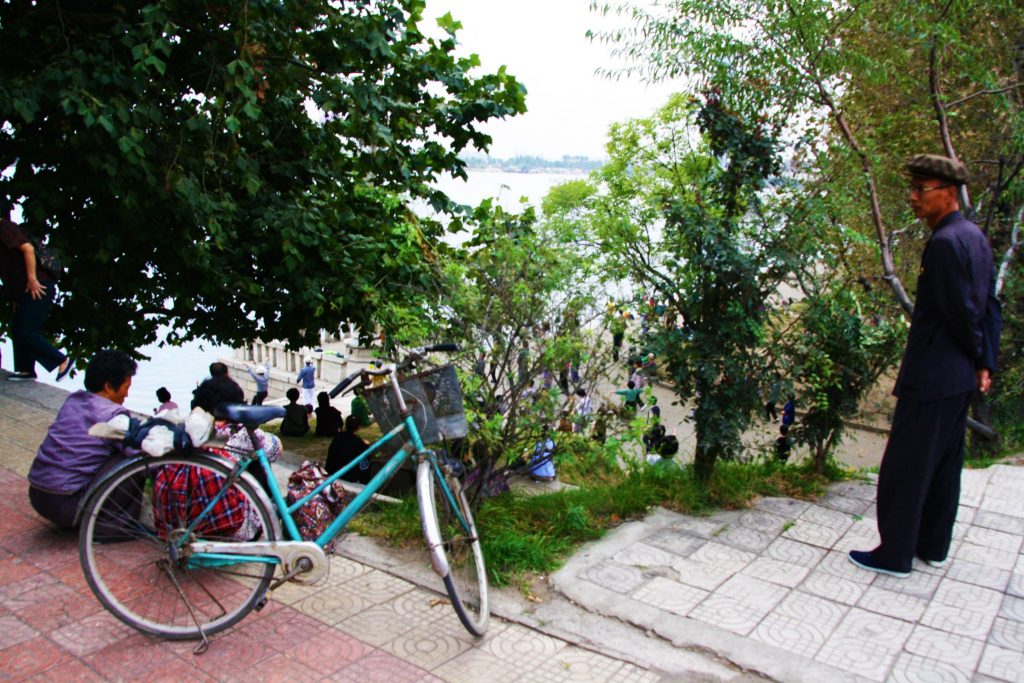 On the banks of the Taedong River in Pyongyang a man watches people below exercise. 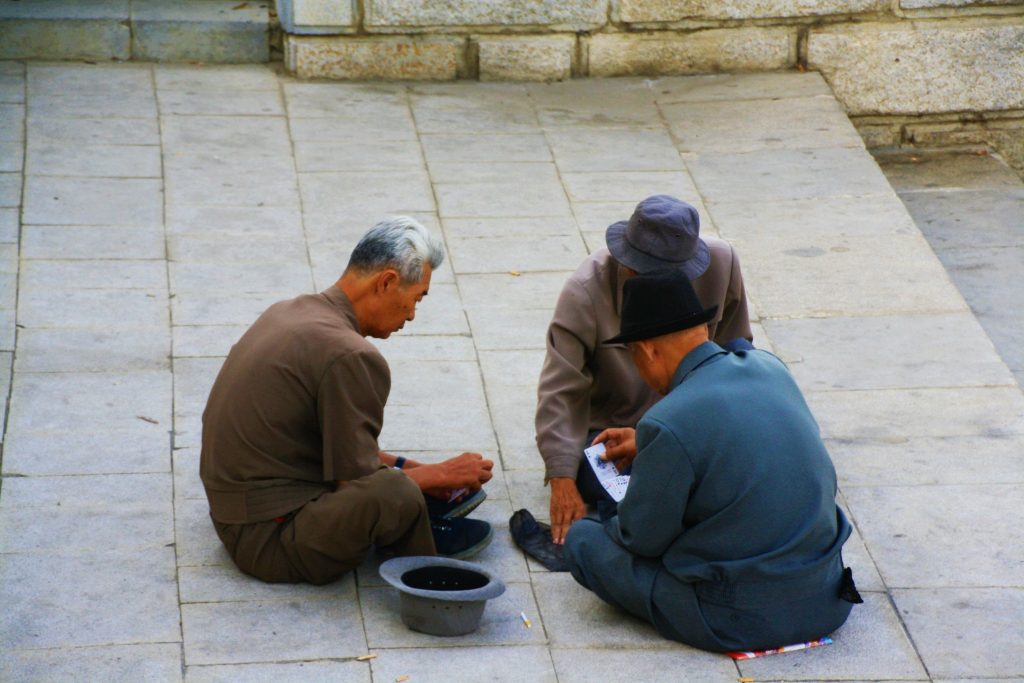 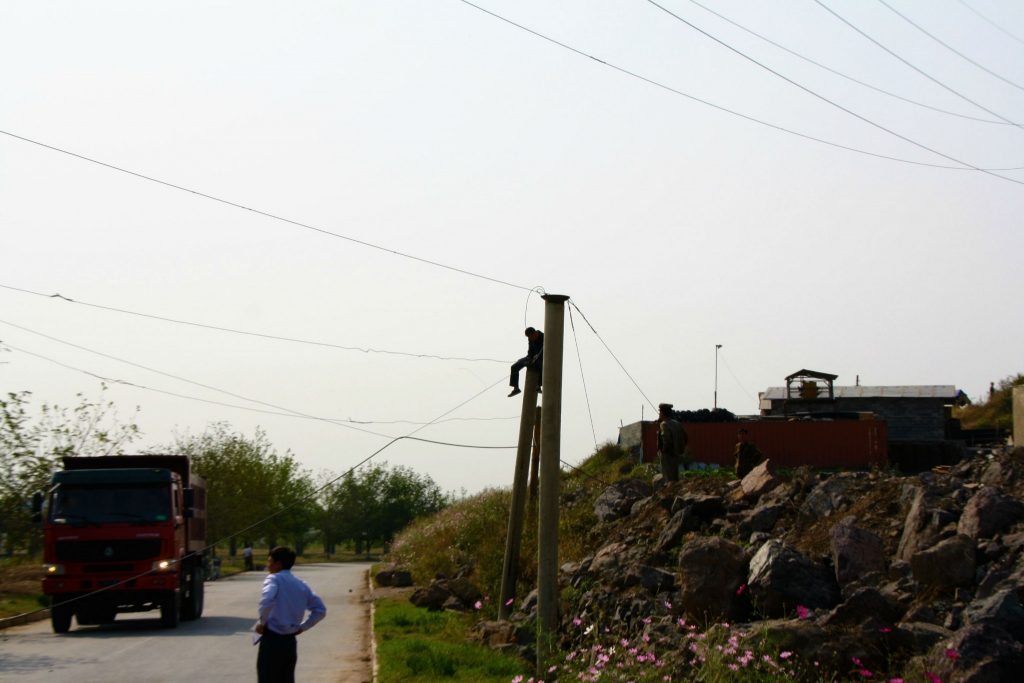 On a countryside road a fallen wire obstructing traffic is being fixed. 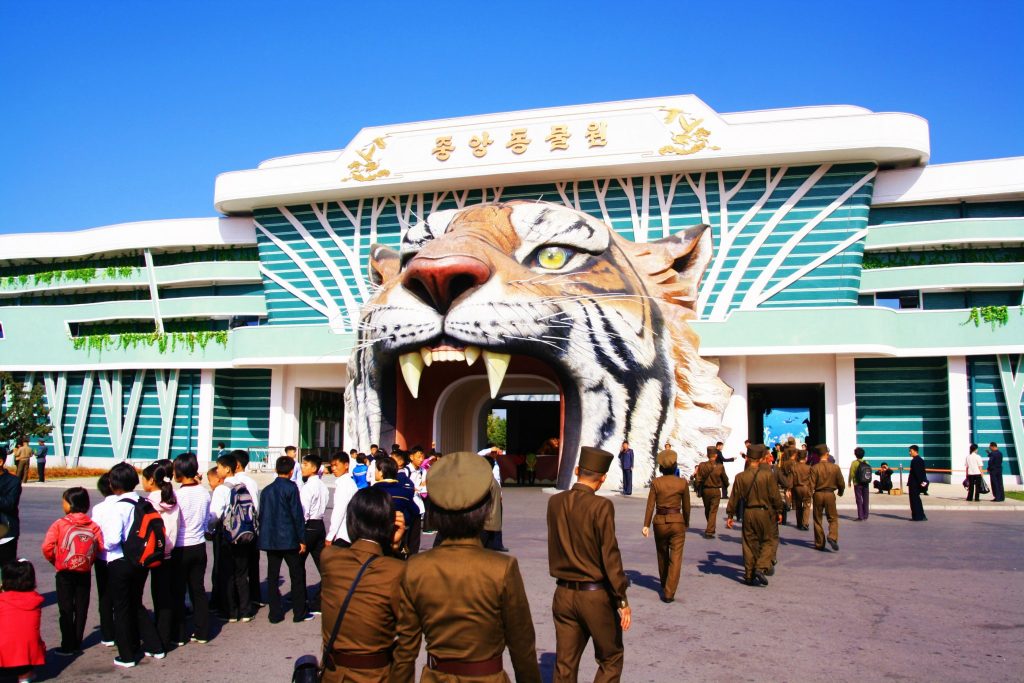 At the Pyongyang Zoo soldiers march inside to see the animals. Yes, the entrance is through an insane tiger face. 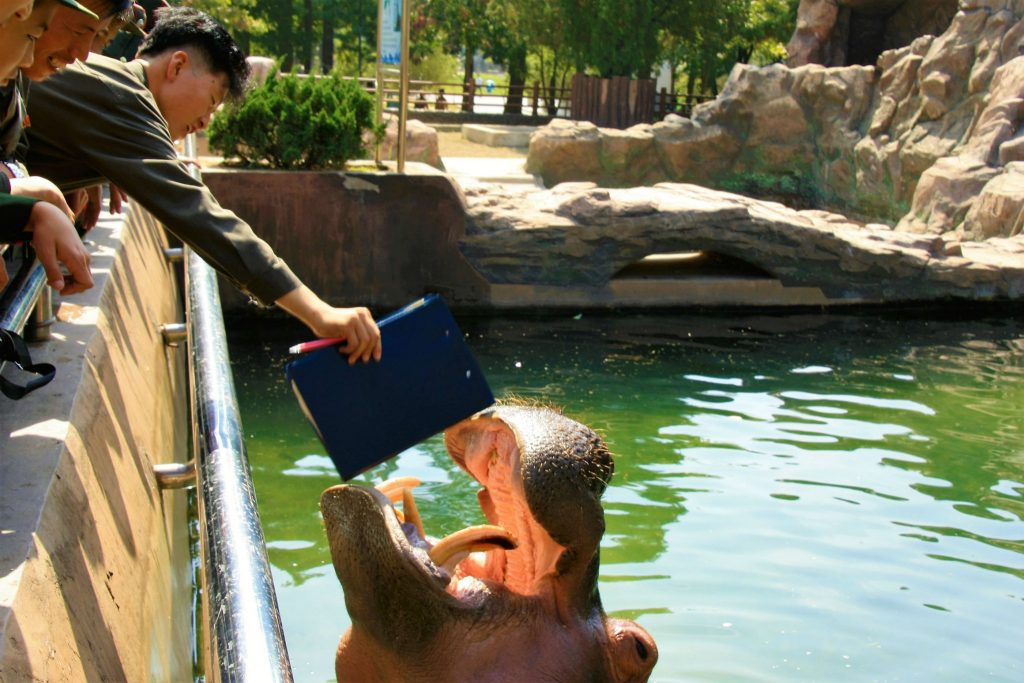 One of the many bizarre scenes at the Pyongyang Zoo. 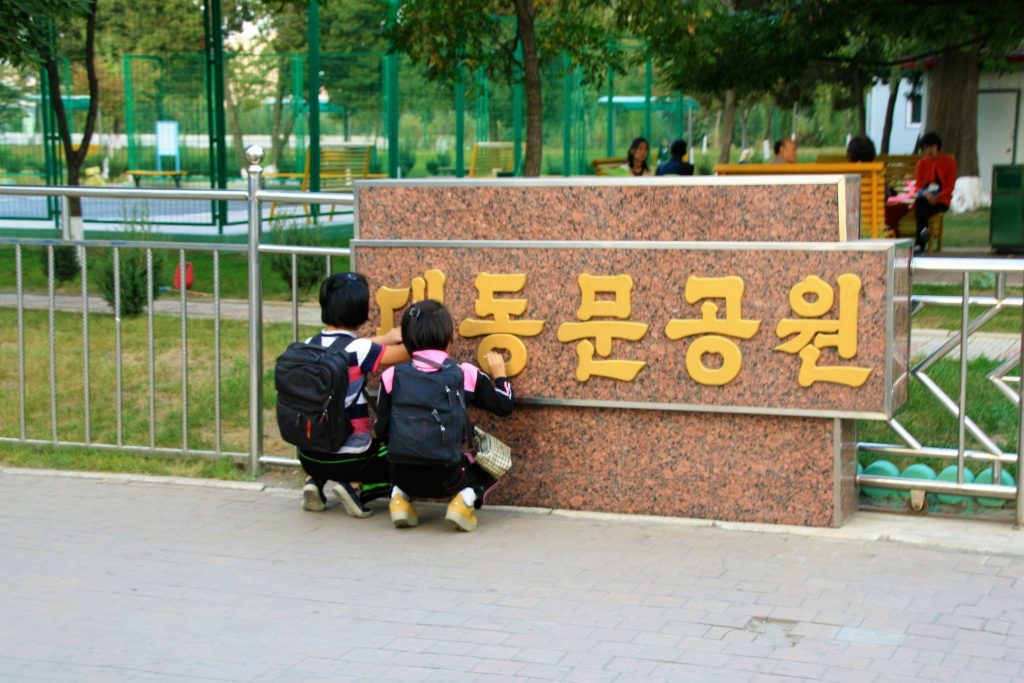 Children polish a slogan in the city centre. 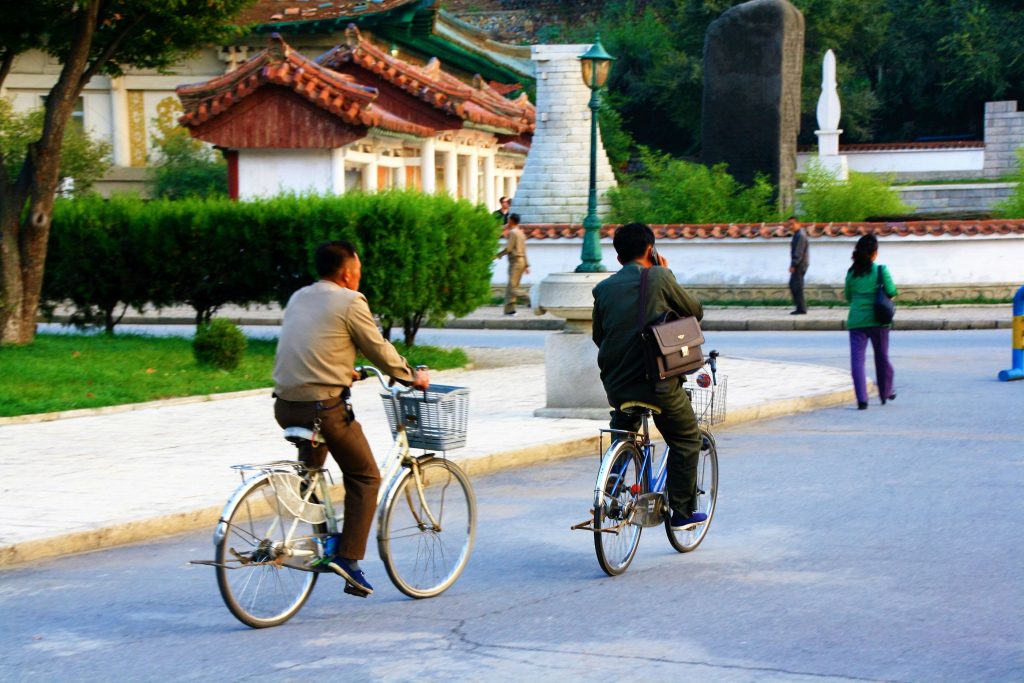 The main mode of transport in DPRK is the bicycle. 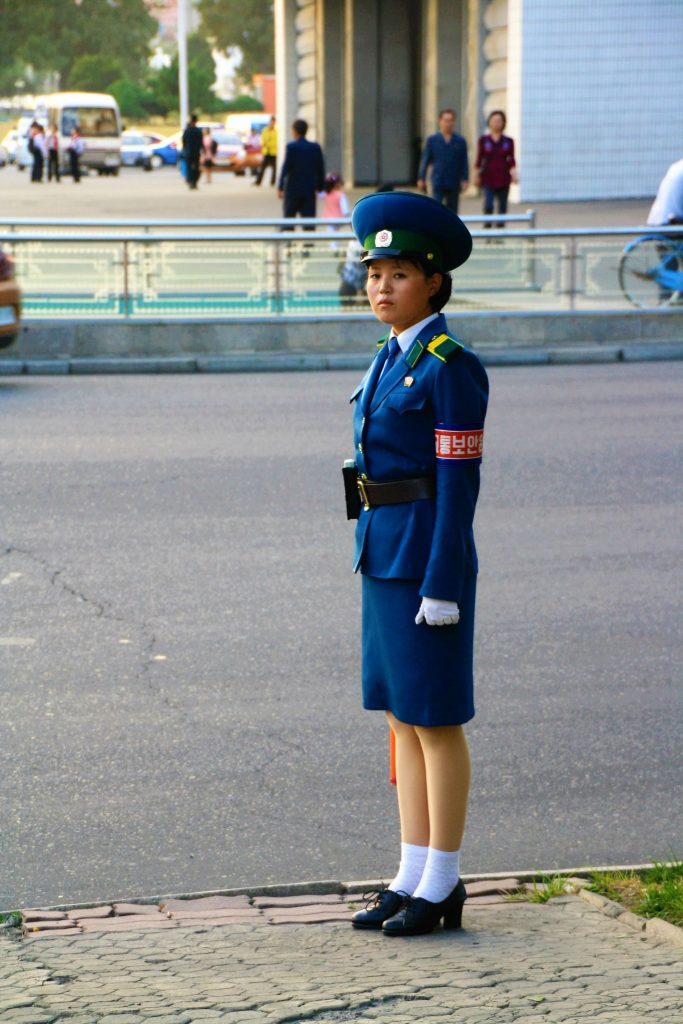 A traffic policewoman does her thing on the roads of Pyongyang. 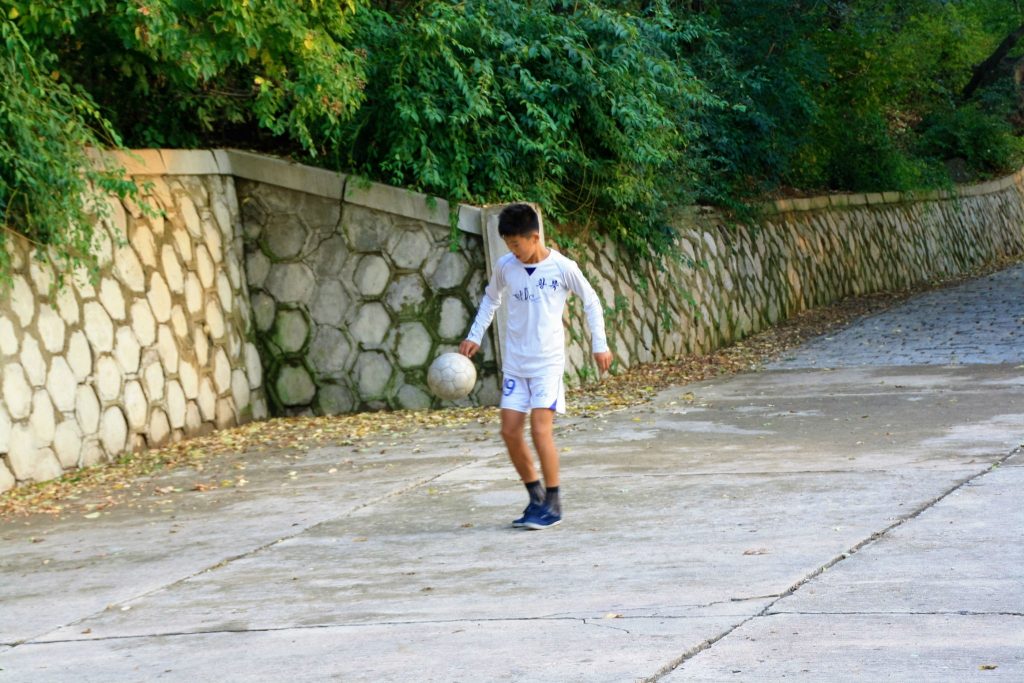 A boy practices his football skills in a village near the DMZ. 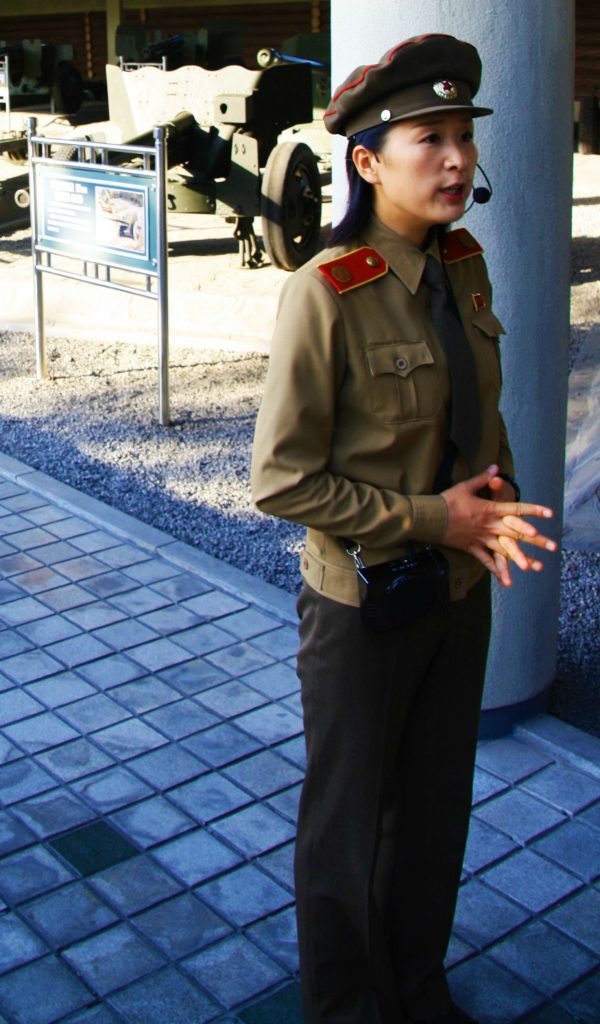 At the Victorious Fatherland Liberation War Museum a Korean guide shows off the destroyed remnants of US army vehicles while explaining how Imperialist Americans and their allies started the war which divided Korea. 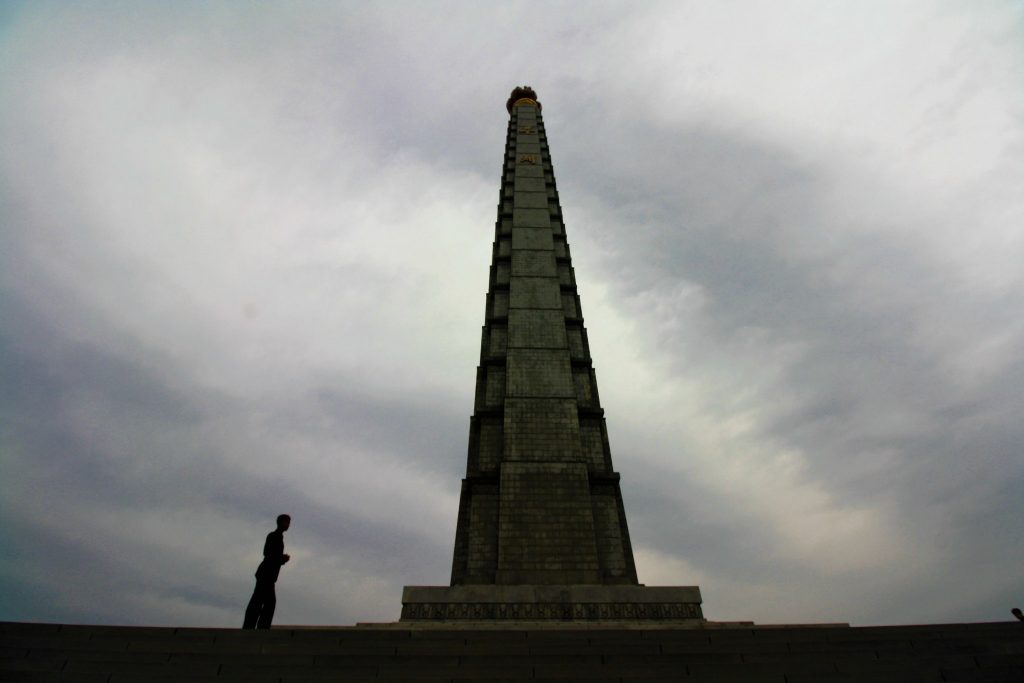 The Juche Tower is a towering monument to the political ideology created by Kim Il Sung. 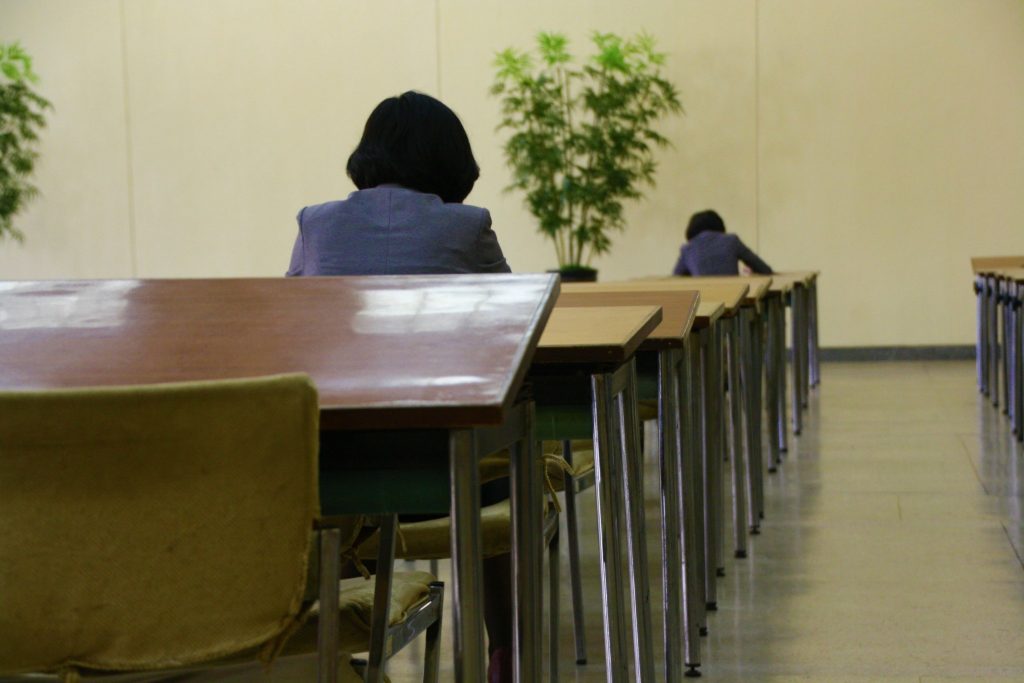 At the Grand People’s Study House girls study in a ‘quiet’ classroom. 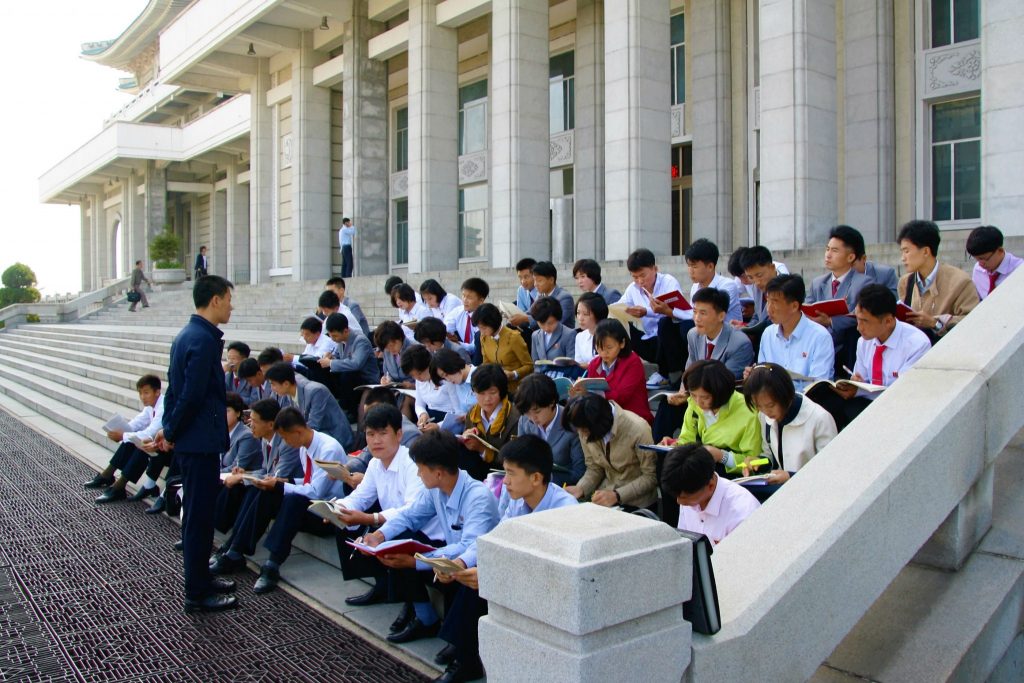 Outside the study house, a group of students are being taught by their professor on the steps leading to the entrance. 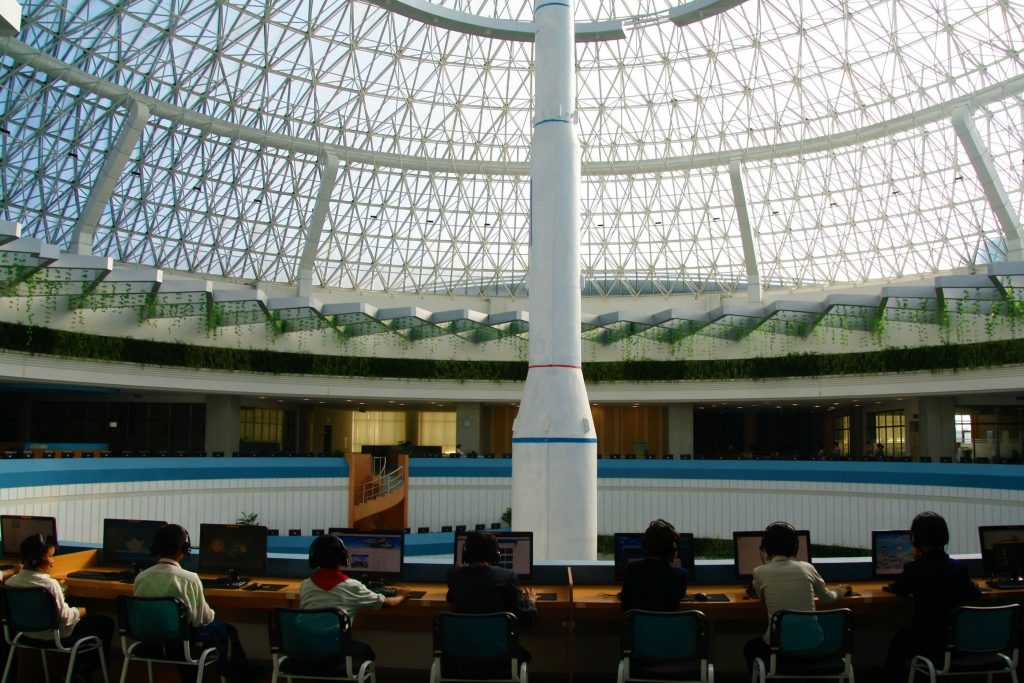 At the new Sci-Tech centre a replica of a recently launched ‘Weather Satellite’ is proudly displayed in the centre of the study hall. The weather over New York is very important to North Koreans. 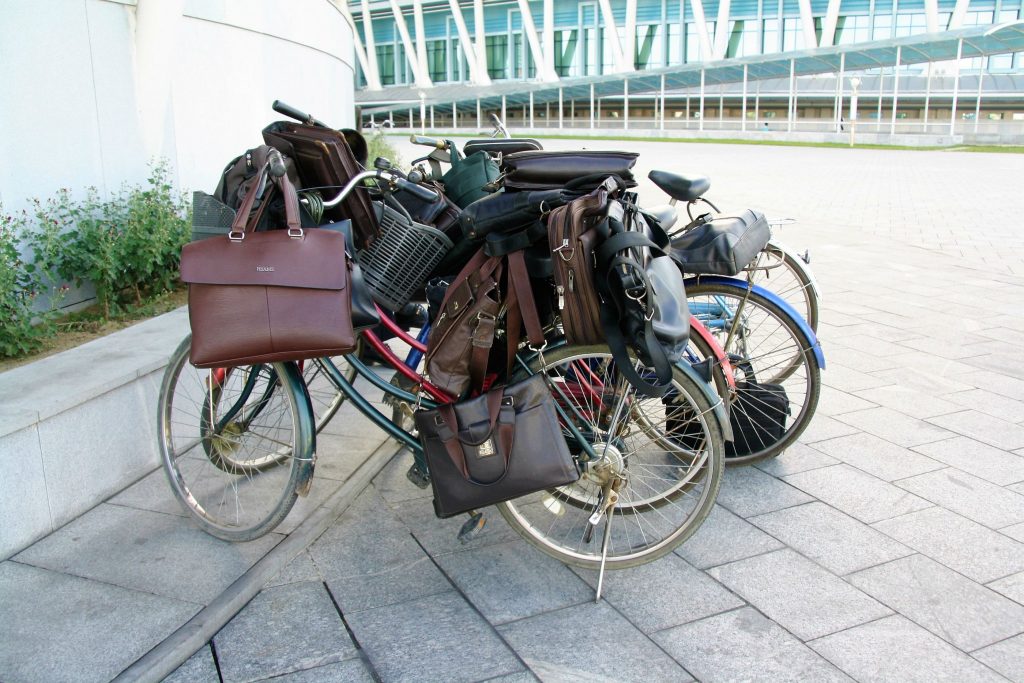 Outside the Sci-Tech centre students have left their bags stacked on top of parked bicycles. 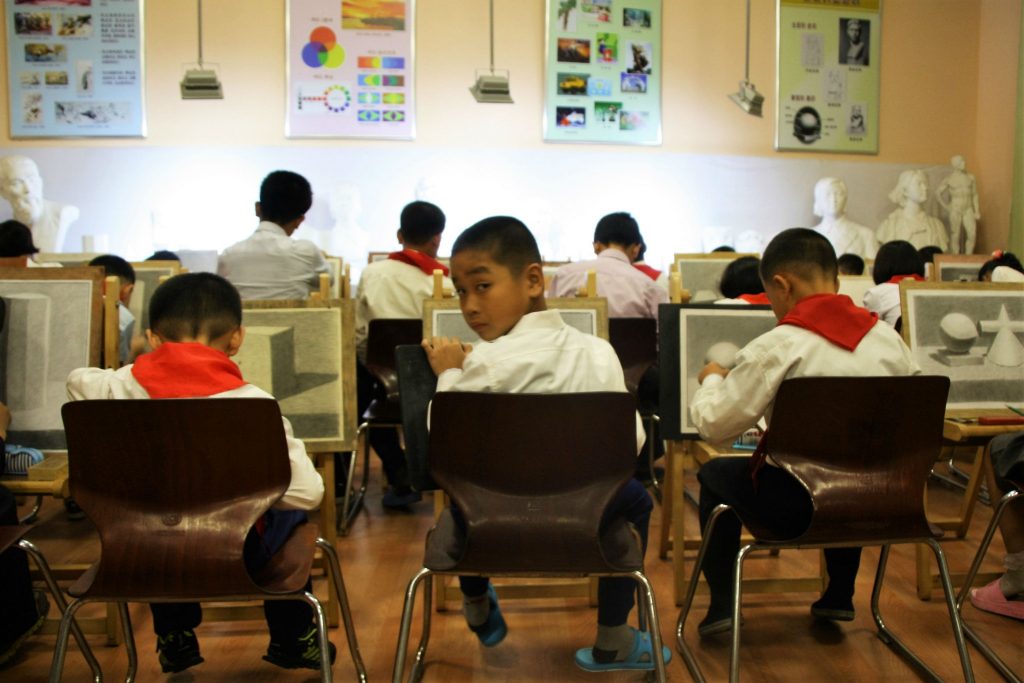 One of the strangest experiences is being shown around the Children’s Palace, a place for extra curricular activity, where conveniently, students are ready and painting for tourists to see their talents. 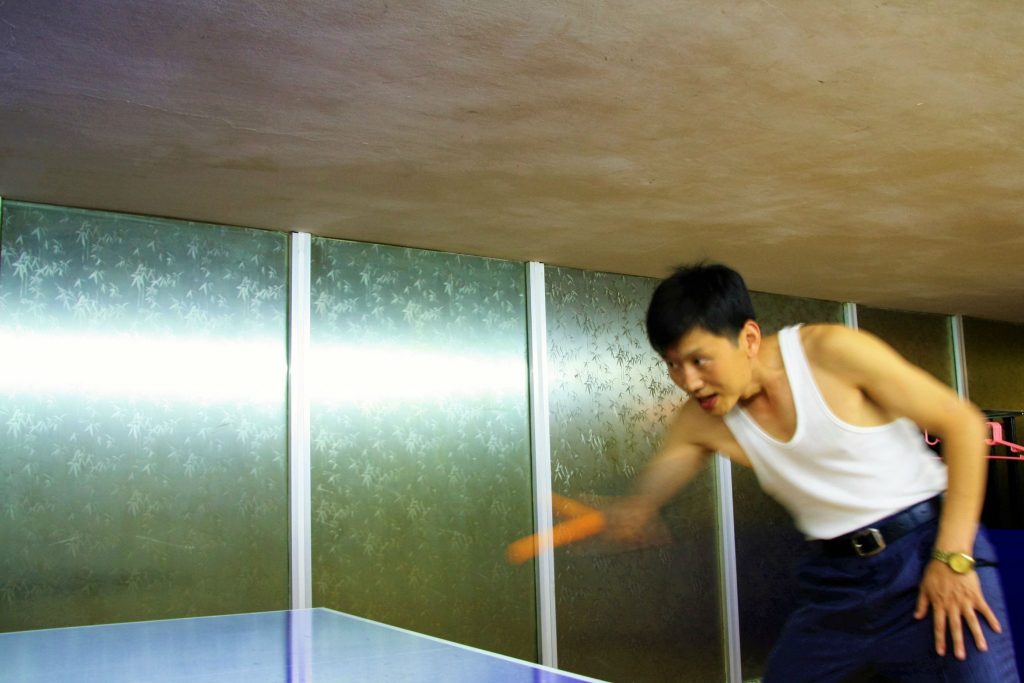 Mr Han, one of the tour guides, throws off his suit to show off his Table Tennis skills and to beat some Imperialists at his favourite game after a long day of sight seeing. 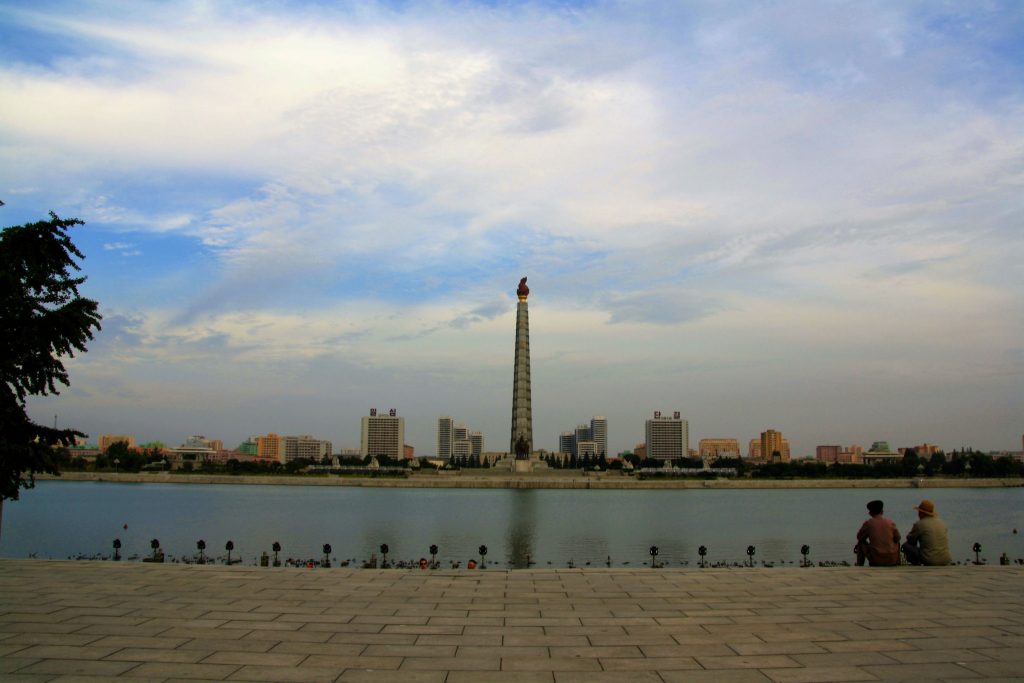 Old men sit on the Taedong and look out at the Juche Tower across the river.

Watch out for more articles from inside the DPRK! Coming soon to Travel Tramp!