Arthur’s Seat- On top of the World in Edinburgh 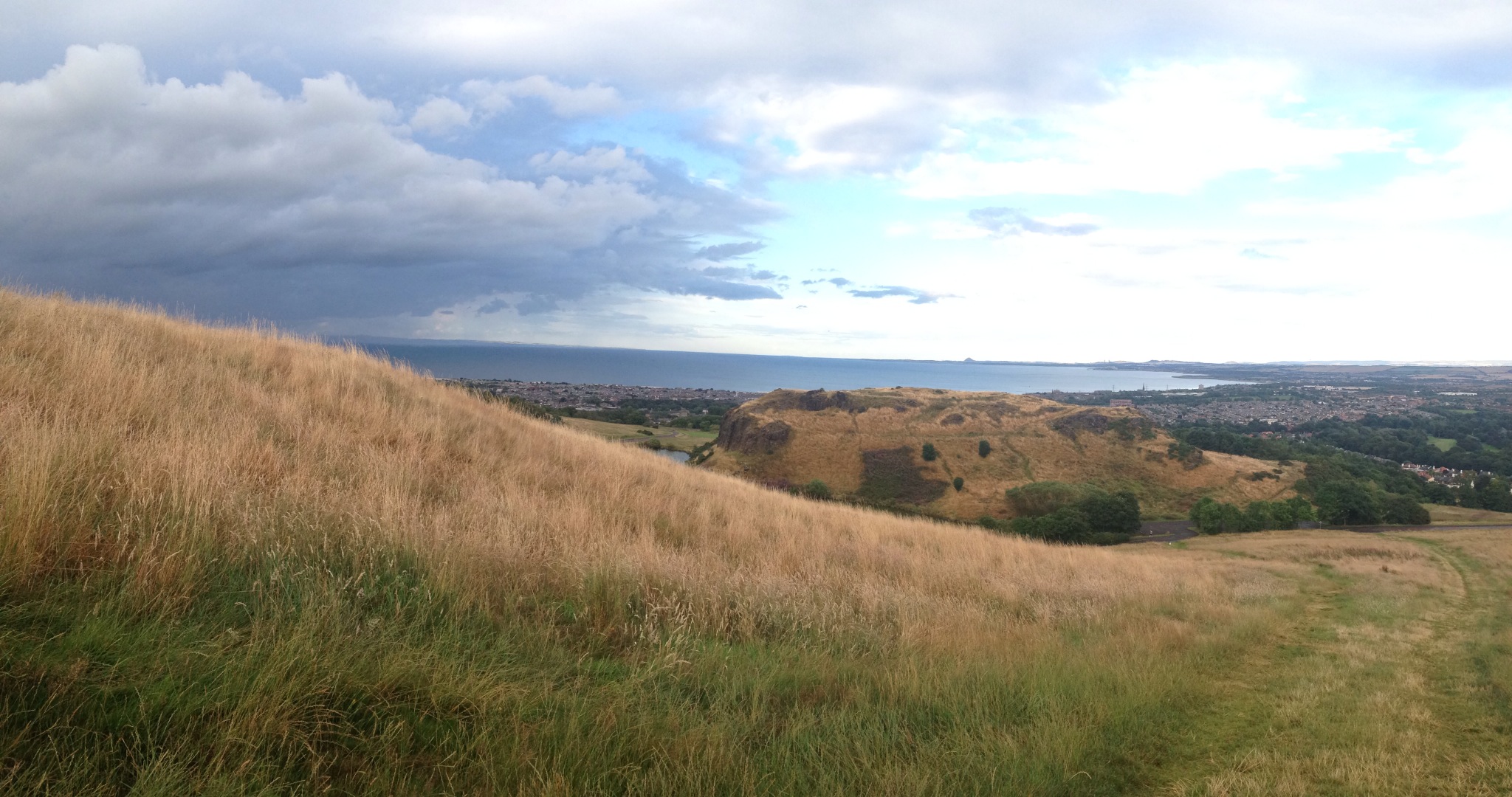 A city of hapless tourists immersed in illustrious history, where you’ll find haggis, bagpipes and kilts. But if it all gets too much, and the whiskey can’t help, then there’s Arthur’s Seat, a dormant volcano just a short stroll from the hectic Royal Mile, where you can embrace the city’s untamed side.

WITH EDINBURGH CASTLE AND THE SCOTCH WHISKEY EXPERIENCE COMES A RATHER GARGANTUAN QUANTITY OF TOURISTS. I WAS UNASHAMEDLY ONE OF THEM, SOAKING IN THE SCOTTISH CLICHES AND FORCING MY WAY THROUGH THE CROWDS. 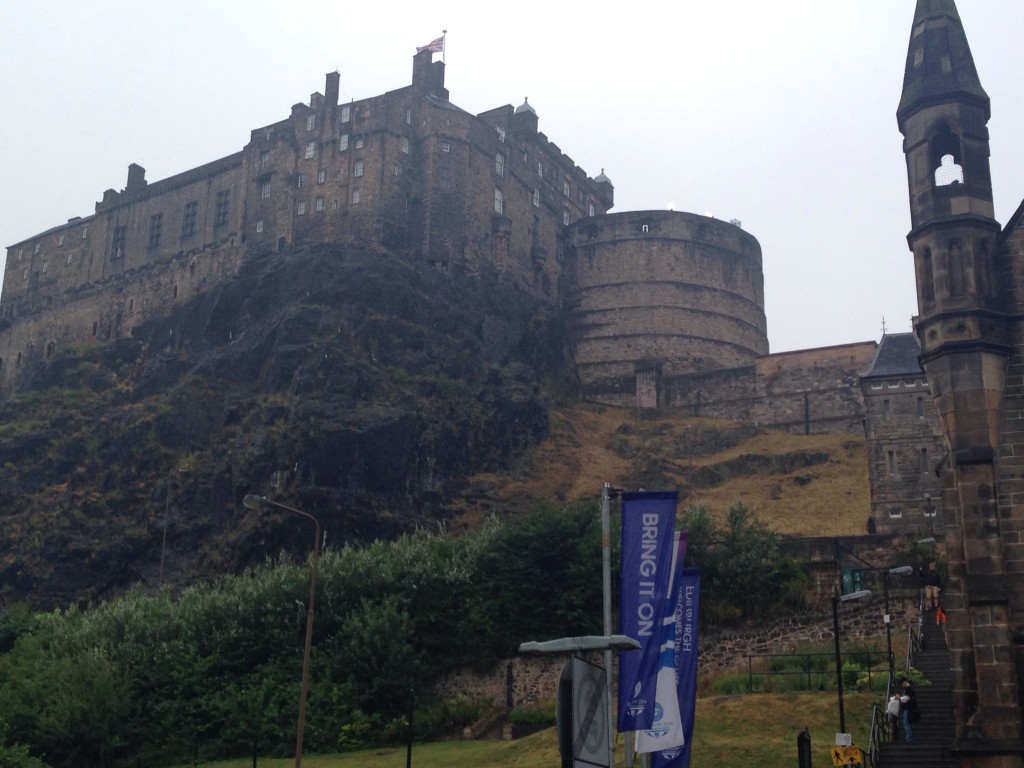 And there was a slight dash of rain at the time… 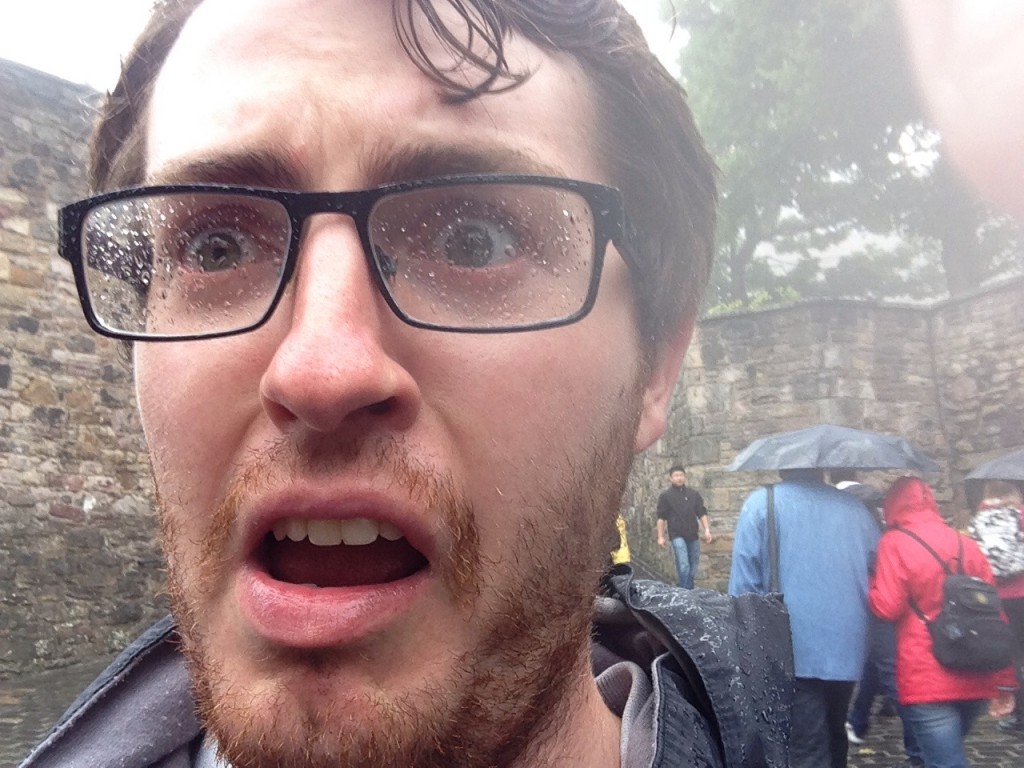 I think that’s the castle under all that fog. 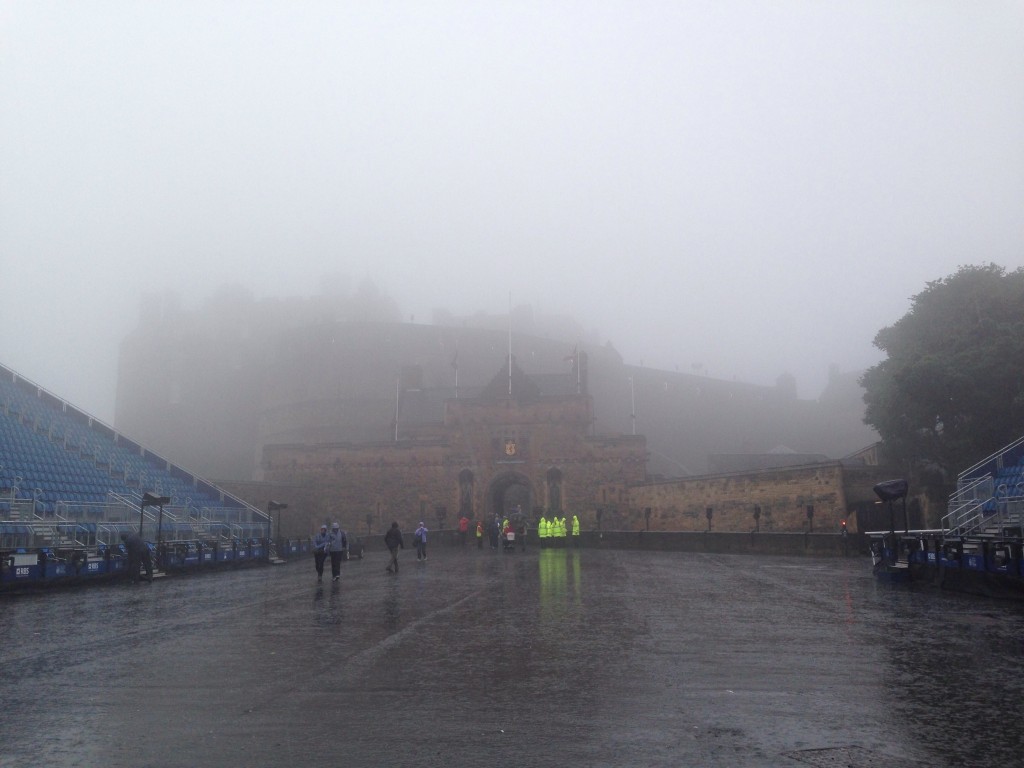 Even the bagpiper couldn’t take the weather. 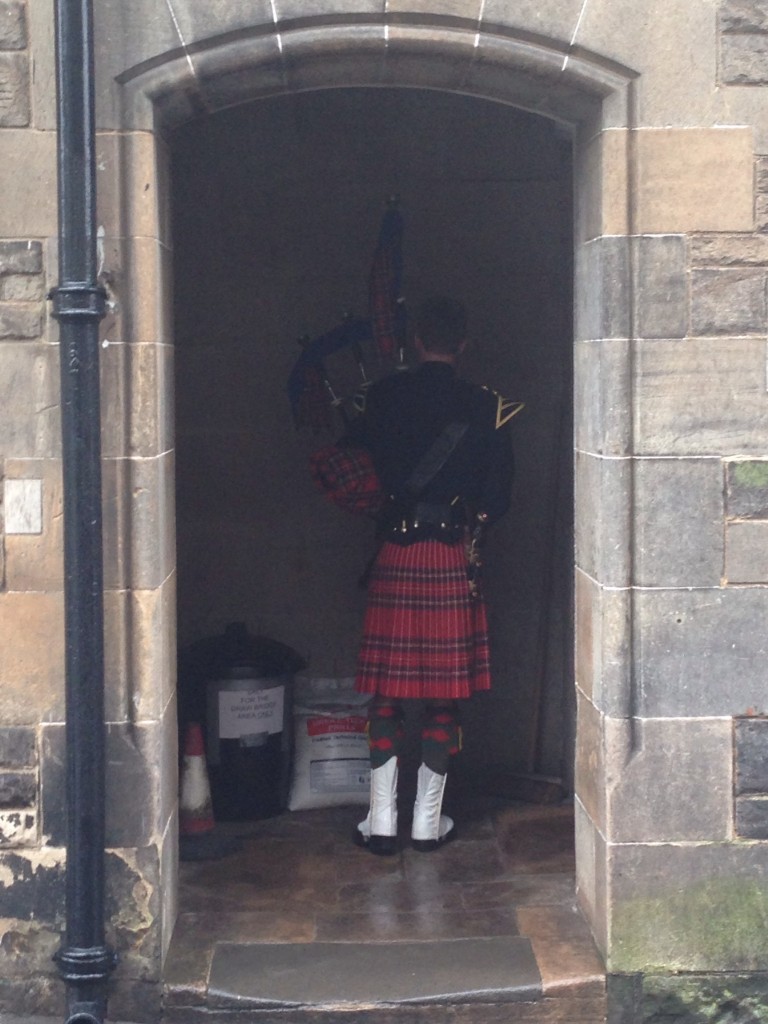 With the rain pouring I thought it only right to find some whiskey. How stereotypical I hear you cry. Undeniably so is my retort.

Here’s a pretentious portrait of that whiskey by a window. And in the background is a building that once appeared in the Harry Potter movies. 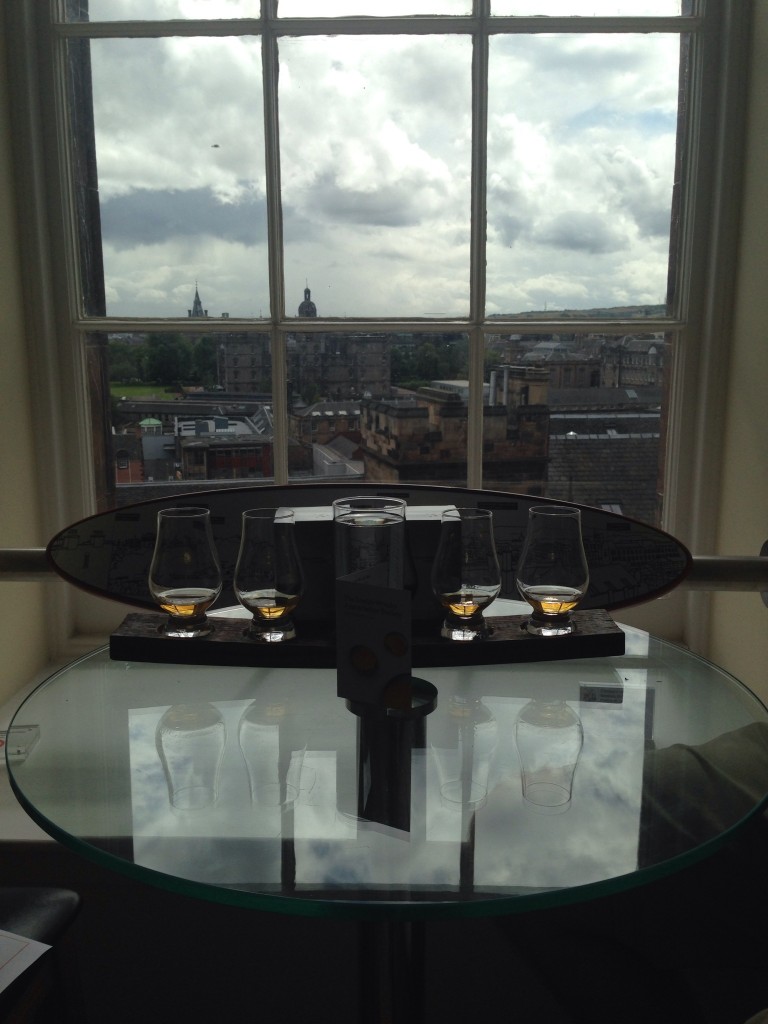 With fire in my belly, I was now on the hunt for the city’s most delectable gourmet  cuisine.

That’s a tatty dog next to a haggis pie, courtesy of the infinitely inventive Piemaker. I say inventive- it’s all deep fried and stuck in a pie. But it’s definitely delicious. 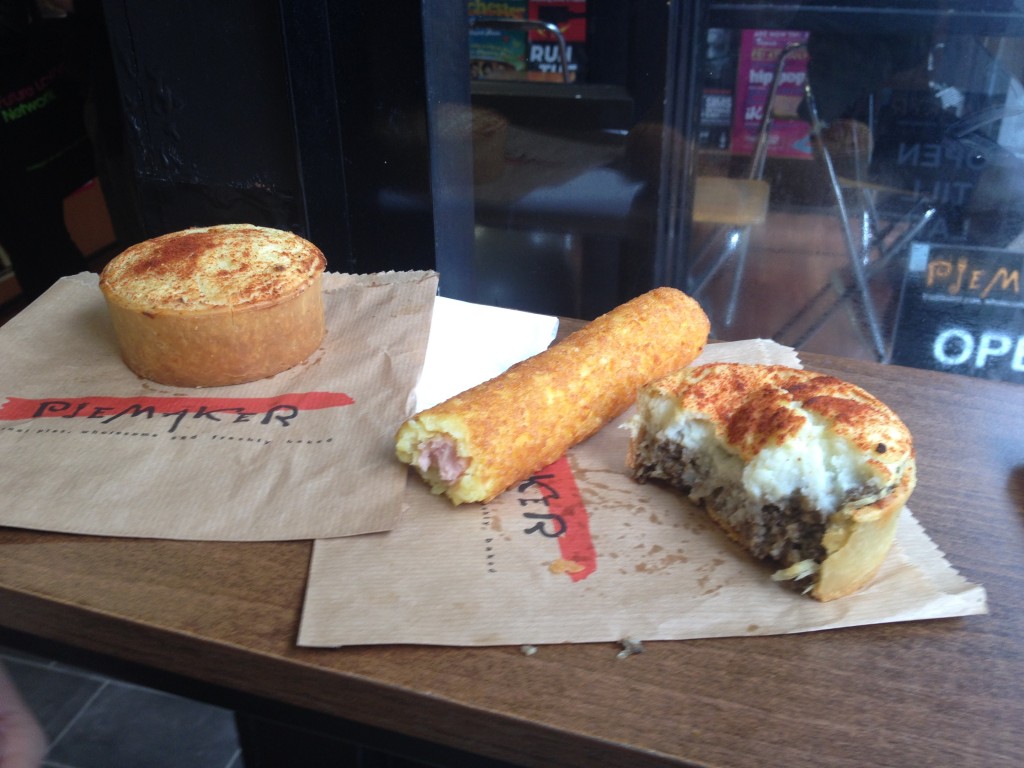 Having stuffed one too many hot dogs deep fried in potato down my English gullet, I decided that the best option available to me to counteract the onset of diabetes was a short stroll. With the streets awash with afternoon ramblers, I wanted to get as far from the madding crowd as I could. 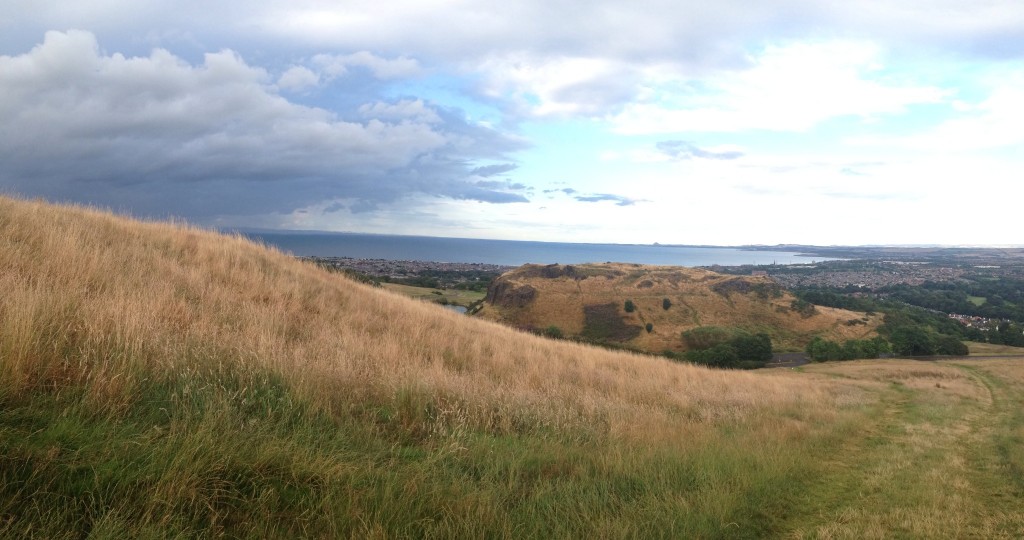 As it turned out, I didn’t have to stroll too far at all. Edinburgh is built on the remnants of a dormant volcano, and if you walk down the length of the relentlessly touristy Royal Mile then just past the Holyrood Parliament, Arthur’s Seat rises to the skyline.

It’s a wilderness within the city. The rest of Edinburgh had eaten one too many a haggis pie that rainy day to venture out, for the tranquility was stunning.

With the morning’s whiskey fueling me ever upwards, I climbed the crags to the top, to Arthur’s Seat. 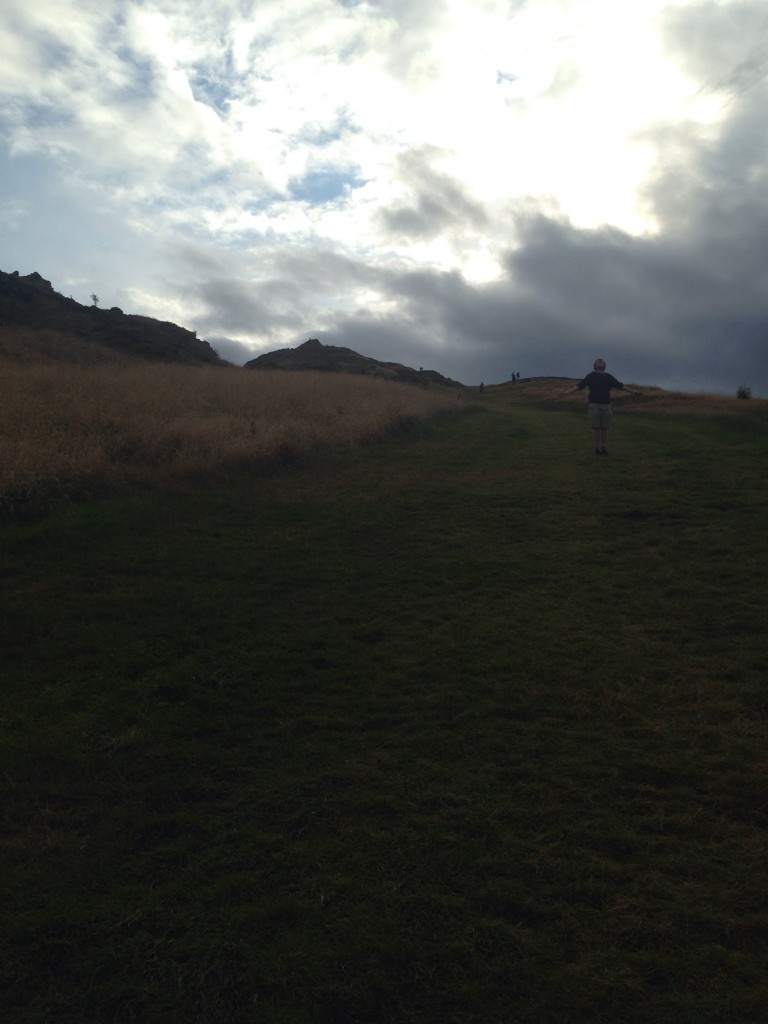 From the top, you can see Edinburgh all around you. It’s an unreasonably wild setting for a place found within the confines of a city. 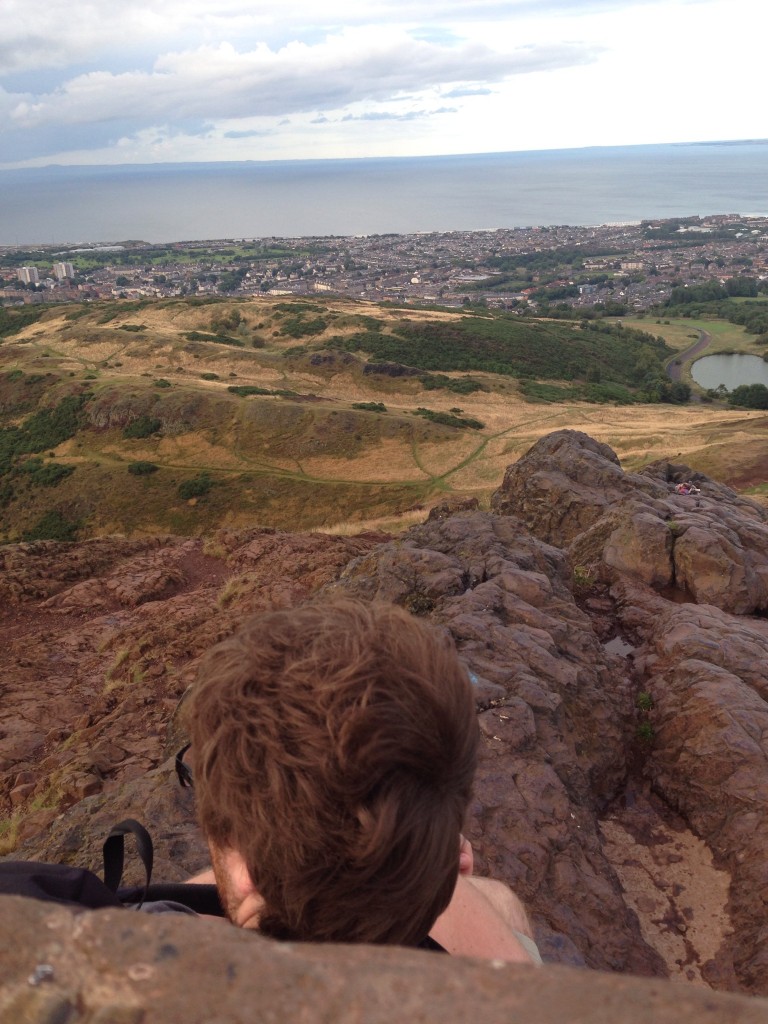 And after a day in Scotland’s most visited city, a hike to Arthur’s Seat will get you away from the hordes.

You might just feel on top of the world.

But if you prefer the crowded streets of Edinburgh it’s hardly a long walk back to civilization either. If you call haggis and whiskey civilized that is.

Do not expect an actual ‘seat’ at the top of Arthur’s Seat, as some tourists seem to have expected. Nor will there be gift shops or wifi.

The Best View Of Langkawi Is From The Top

Reading 2 Reading- The Cycling Couple Taking on the World

Top Things To Do In Oxford That Only The Locals Know