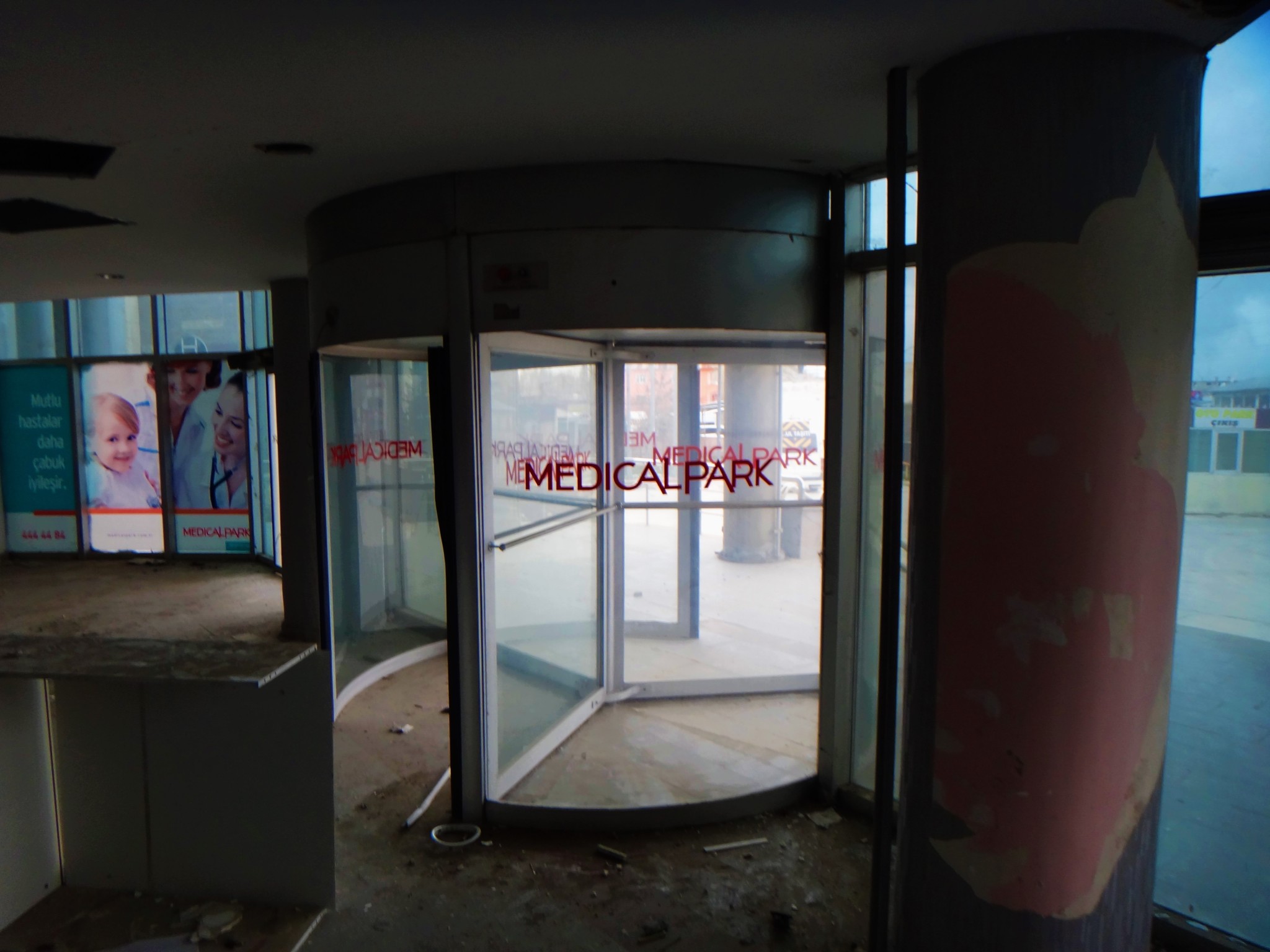 I explored the insanely creepy and abandoned hospital on the edge of Turkey’s Lake Van.

The city of Van lies in the East of Turkey, a sprawling metropolis situated on the pleasant banks of Lake Van, the largest of large lakes in the country.

There’s only a few tourist attractions in the city, a nice big castle, cats with different coloured eyes and a lot of police riot vans.

The main sight though is the huge abandoned hospital.

So I went exploring. 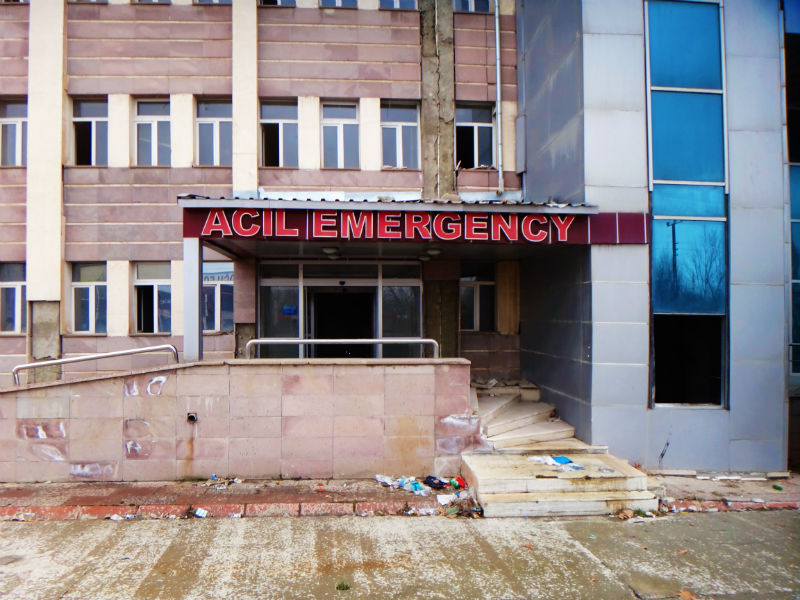 The hospital is absolutely huge.

There’s floor after floor of crumbling masonry and discarded needles. 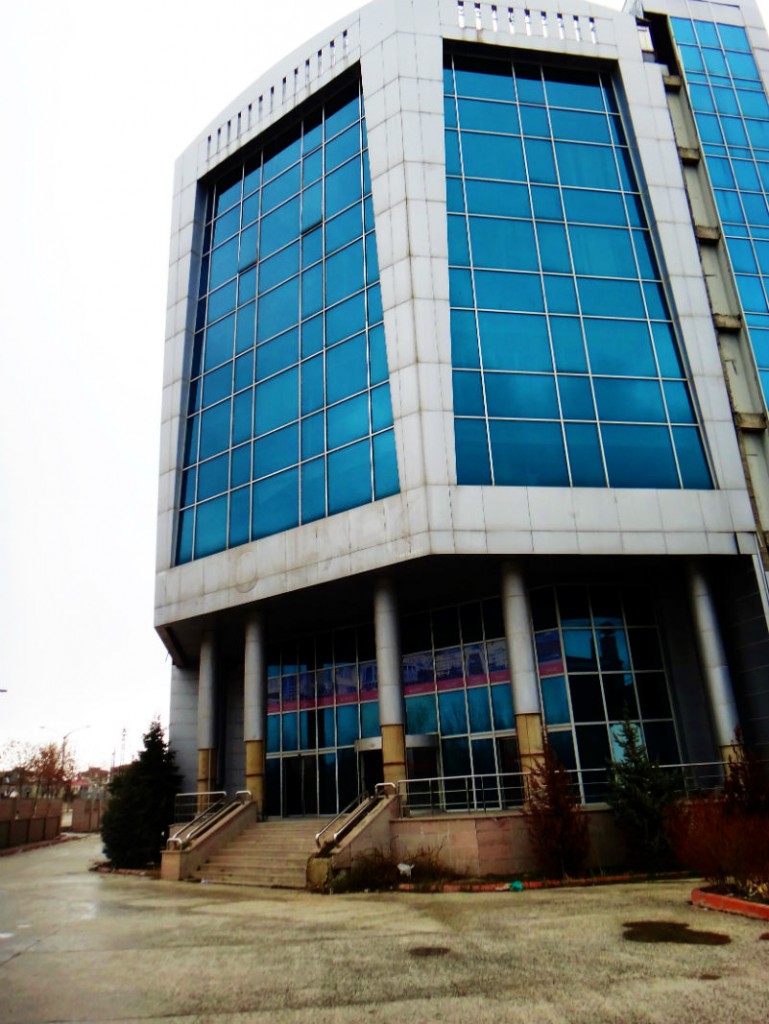 So I tied up my urban exploration laces and walked straight through the revolving doors. 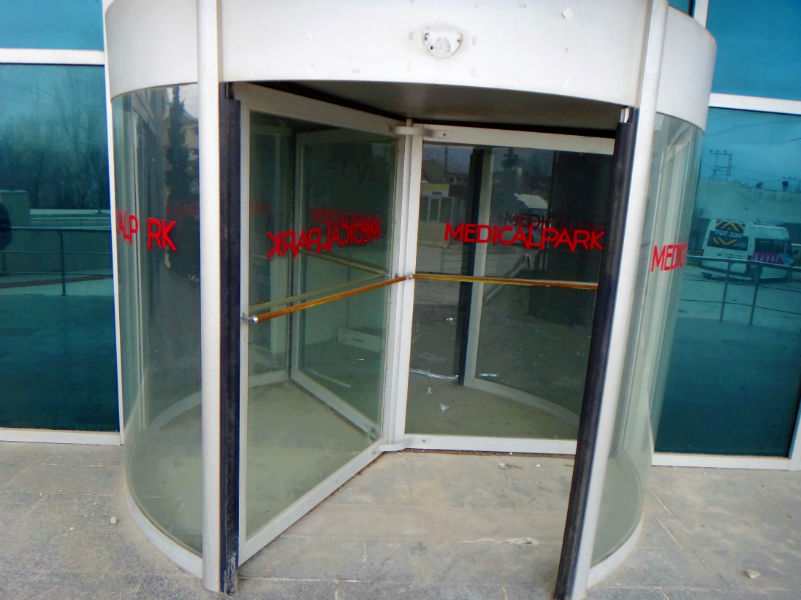 The hospital’s ruins are on the edge of the city of Van. Near the castle if you ever want to visit. You can find it right on the main road in an area called ‘Medical Park’. There’s even a functioning bus stop outside and the buses still say Medical Park. 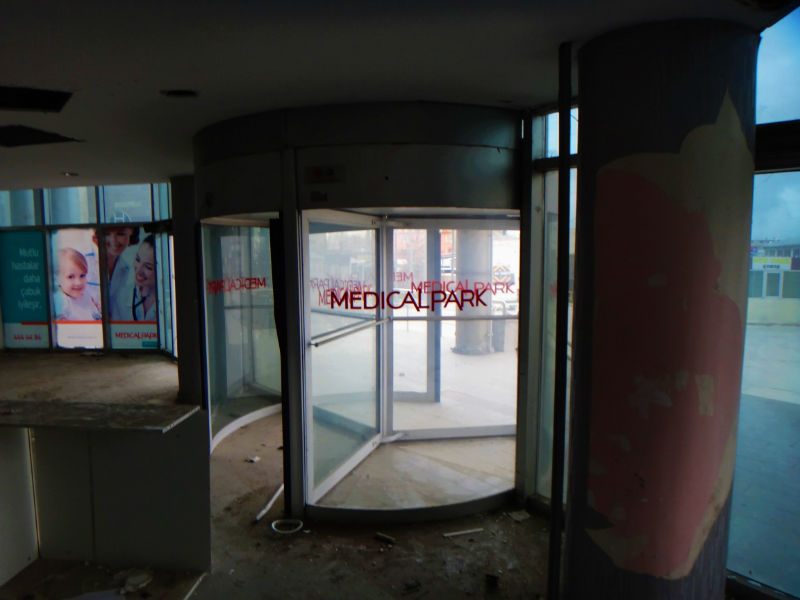 I was surprised to find the doors wide open and zero security present to thwart my exploration. But in Turkish Kurdistan the police have more pressing things to worry about than a spot of jovial trespassing. 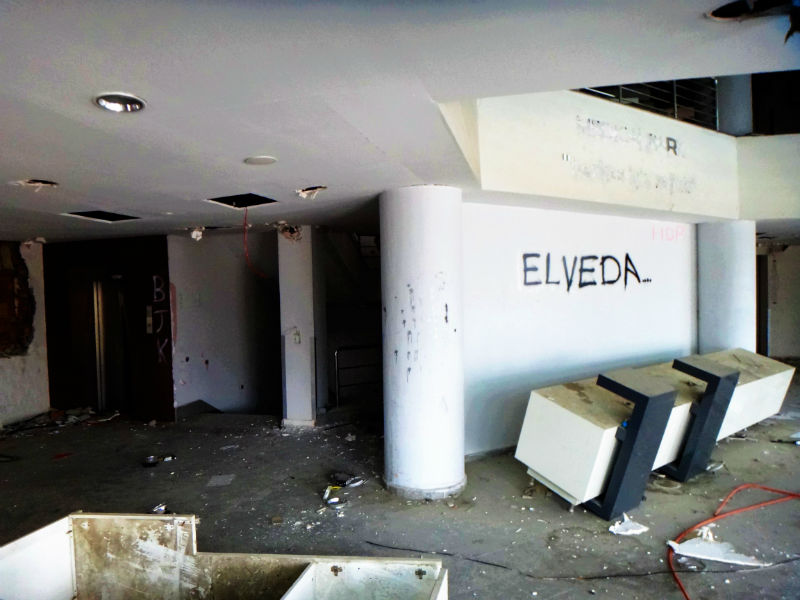 So I walked on through to check in at reception. 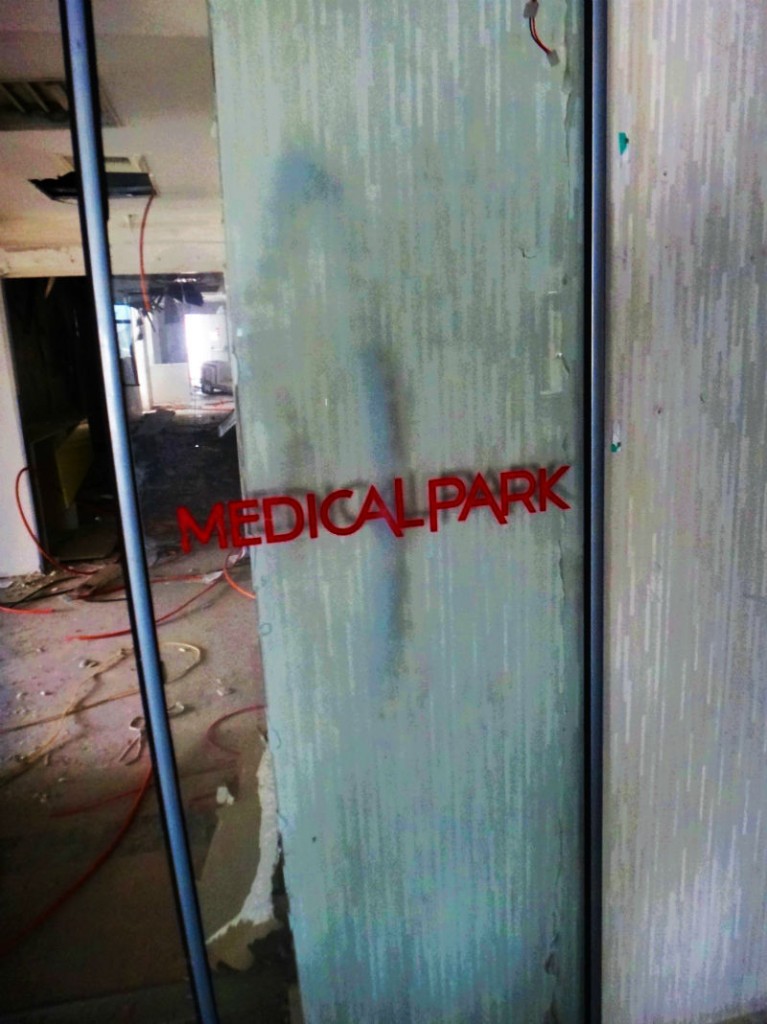 The Accident and Emergency Department is located on the ground floor. I took a stroll around. The emergency doors were wide open. 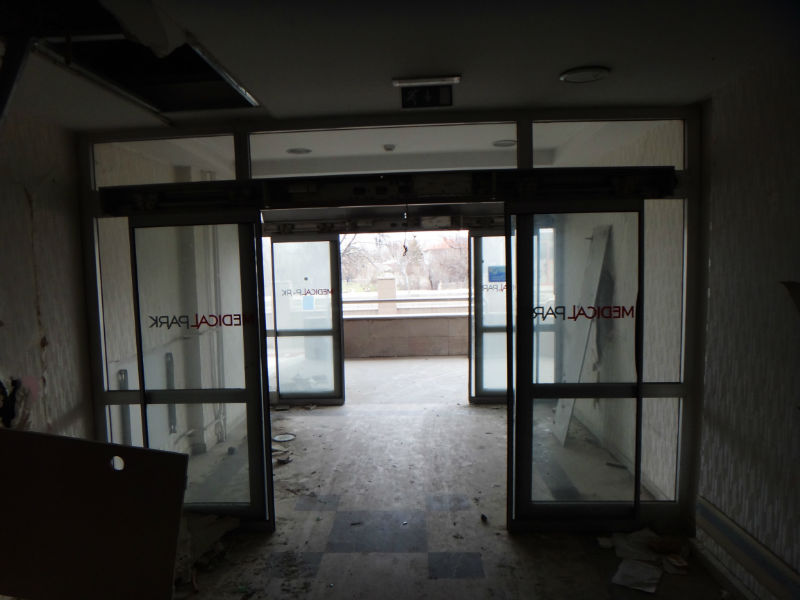 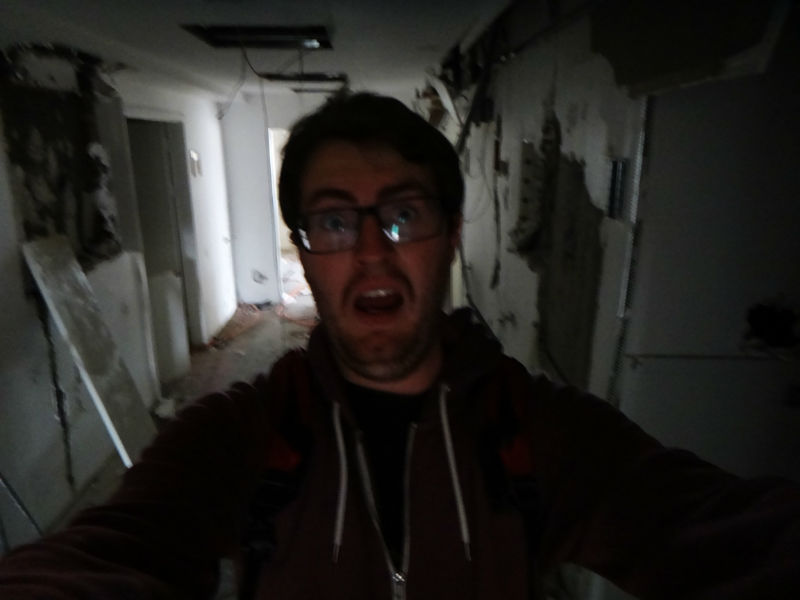 What horrible secrets did this abandoned hospital have to unleash upon me?! 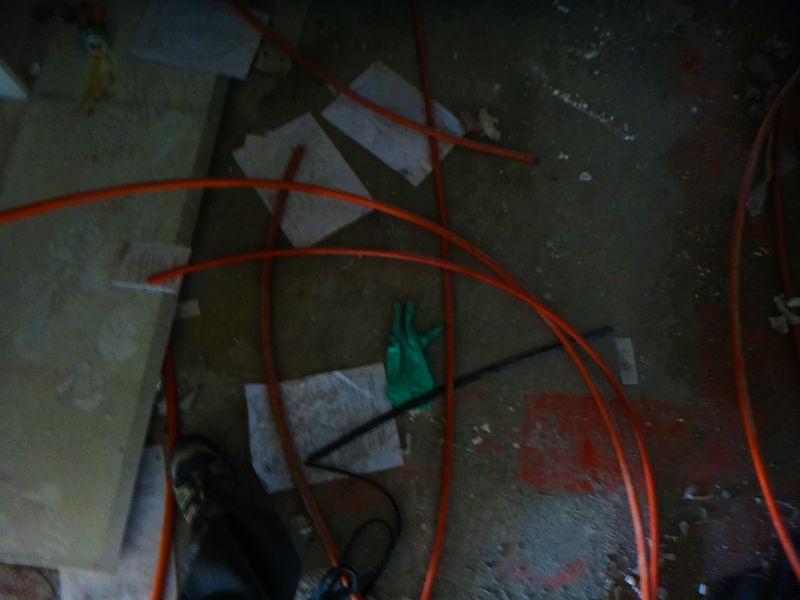 The floors were covered in all manner of surgical equipment: old rubber gloves, needles, hoses. I’d most certainly recommend the wearing of boots if you include Van’s abandoned hospital on your next holiday itinerary. You wouldn’t want your Turkish getaway ruined by a stray infected needle. 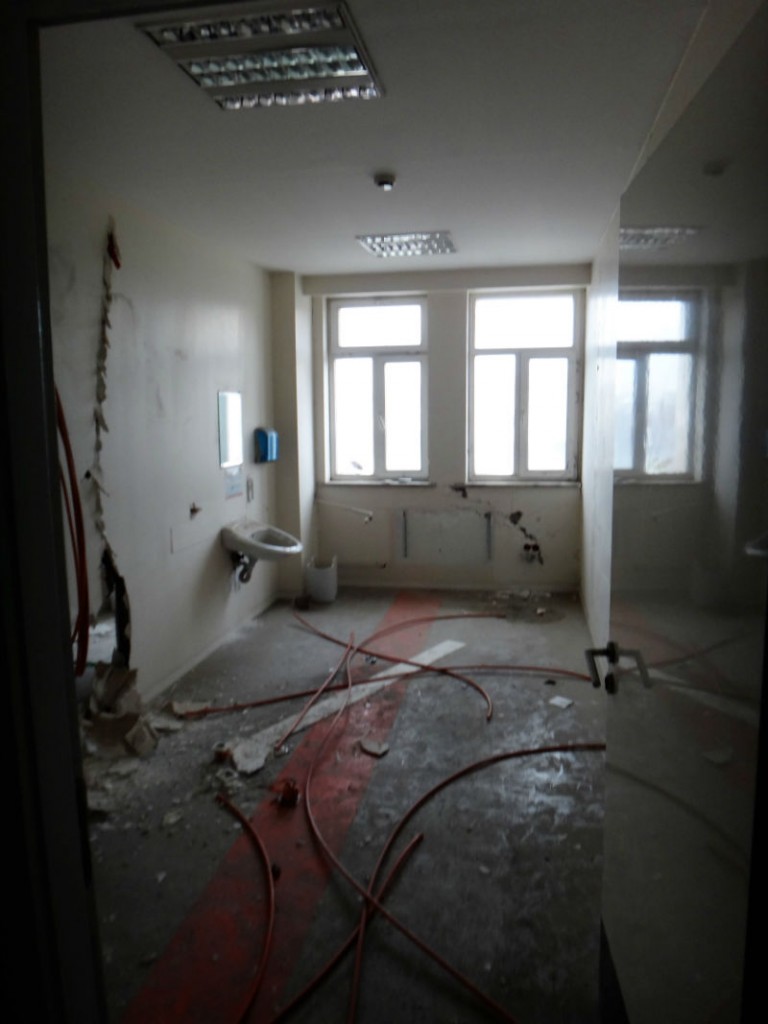 The rooms have mostly been stripped bare. The beds were gone. Scavenged or removed. 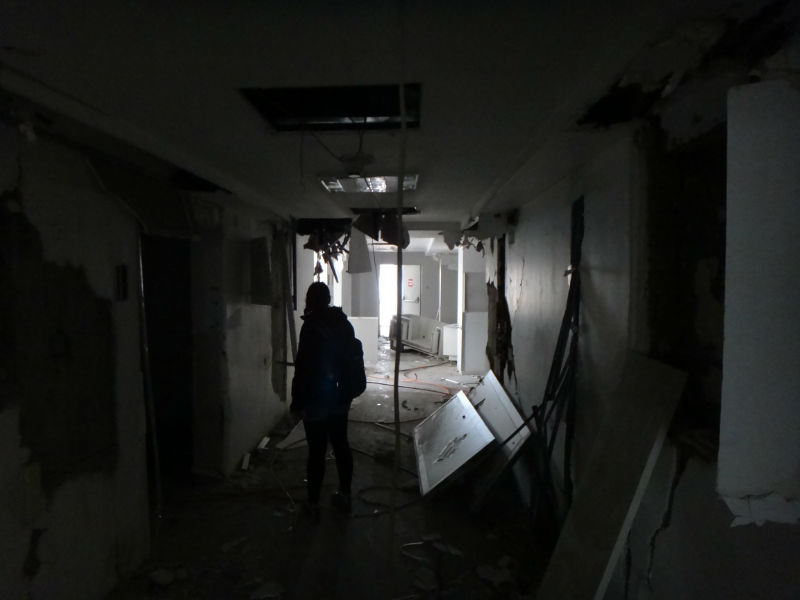 Except in a darkened corner of the hospital an x-ray machine was still hanging from the weakened ceiling. 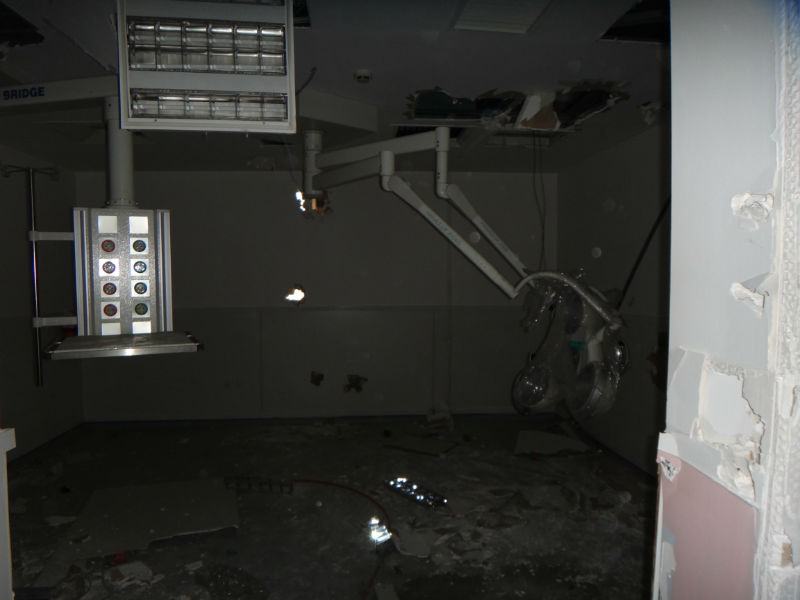 I ventured higher up into the depths of the darkened hospital corridors. 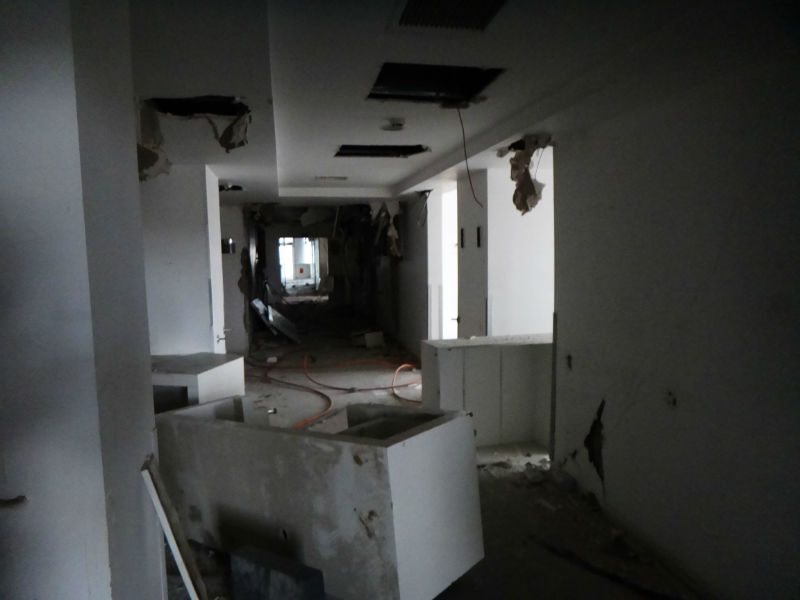 The elevator was out of order unfortunately. 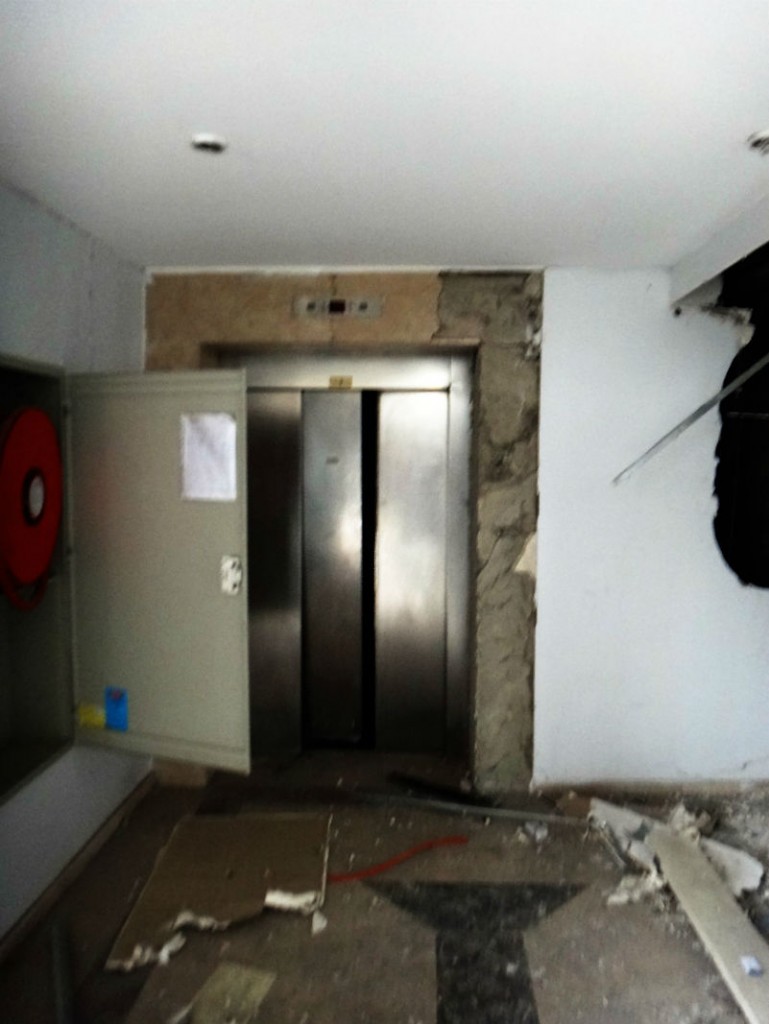 So I took the stairs.

Which were covered in discarded medical dossiers and folders. 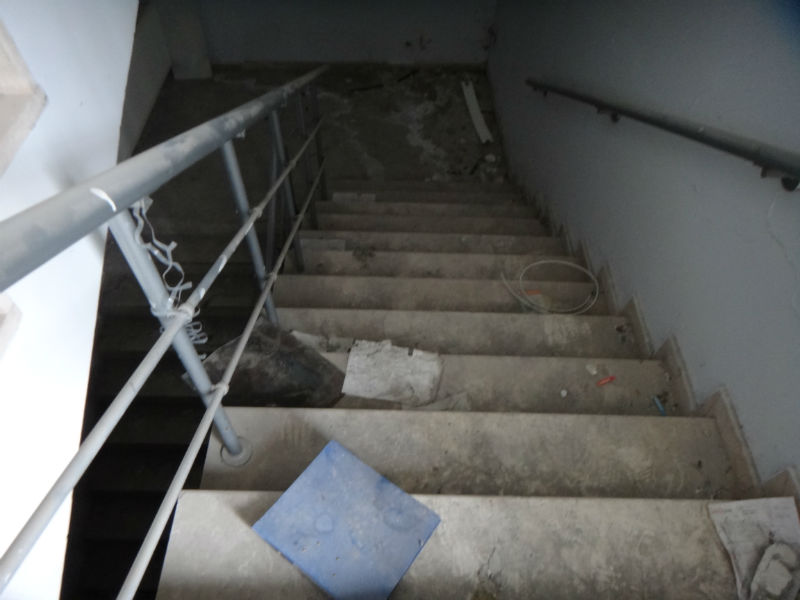 In the lobby on the second floor I could hear perturbing, loud noises coming from the levels above. 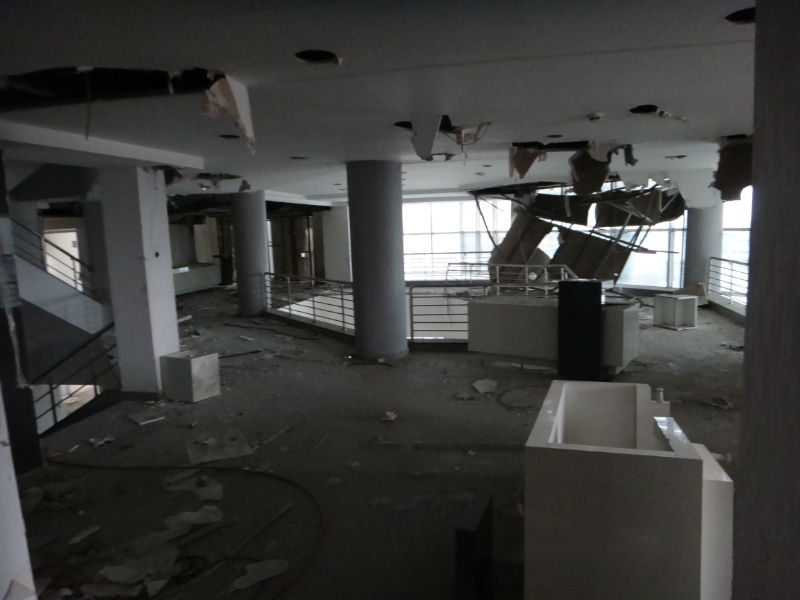 Had malformed patients been left behind, waiting now to take their revenge on an unwary traveller? Was this a PKK training hospital? The start of a 28 Days Later nightmare?

I got spooked. I didn’t hang around to find out what was going on. I made a quick getaway to the outside. 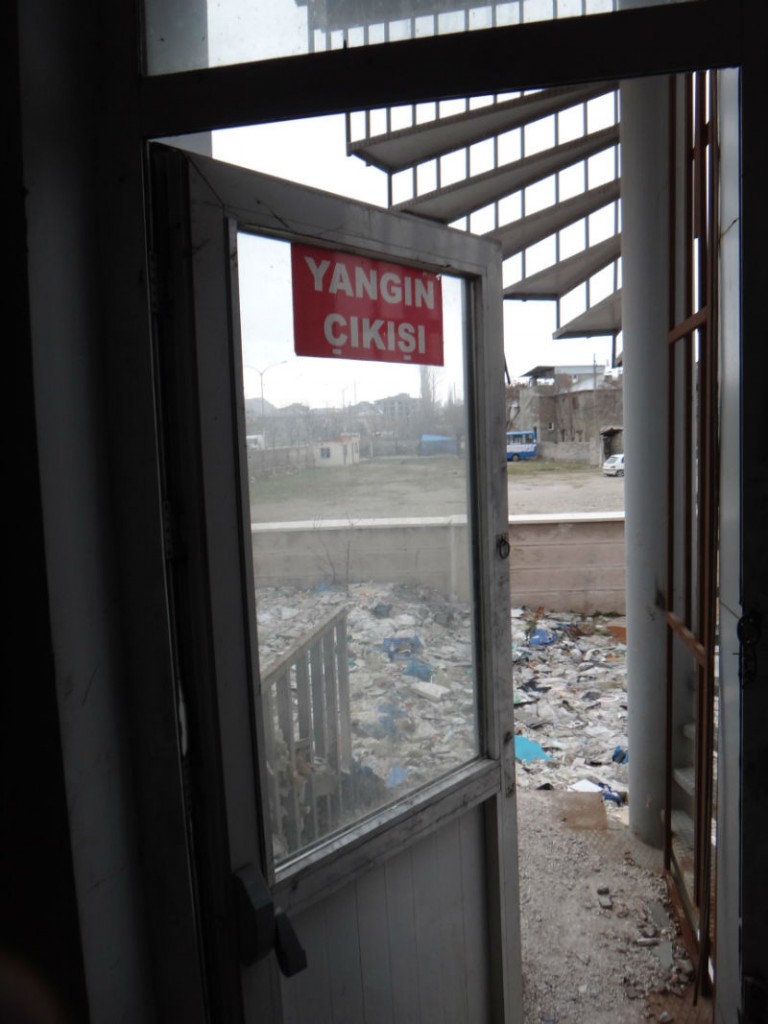 Bio hazard waste had been left behind in the hospital grounds. 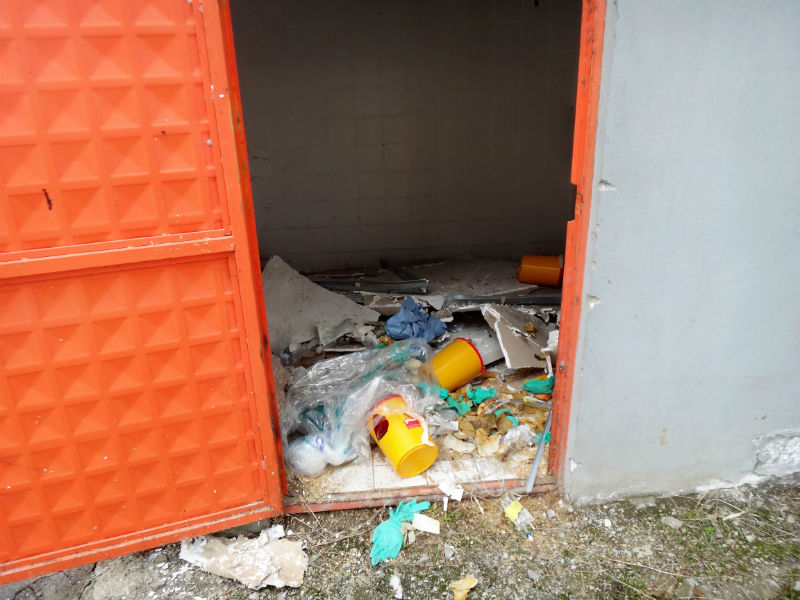 Disturbingly, so had a former patient’s scans. 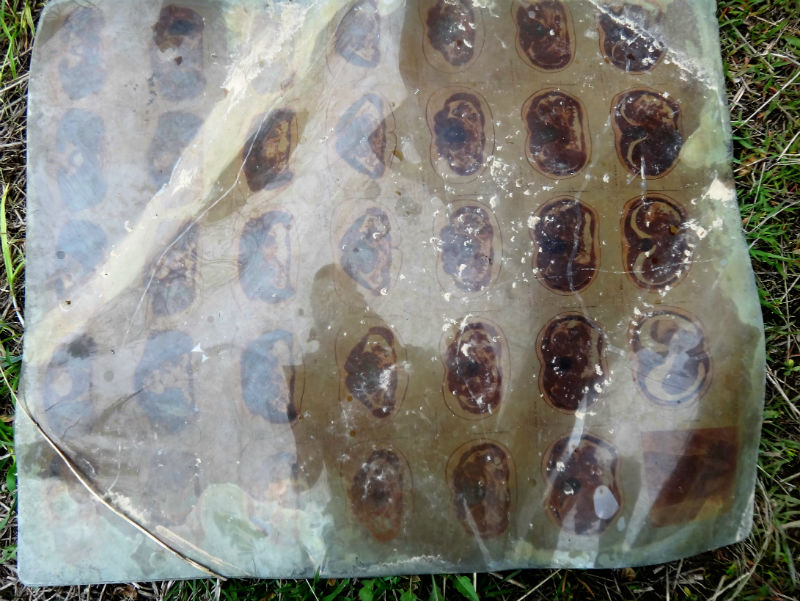 Being a terrible journalist, I couldn’t find out much about the abandoned hospital.

I found some guys around the side of the building, probably the same people who’d spooked me out in the first place.

They didn’t speak English but did offer me lots of Chai tea. 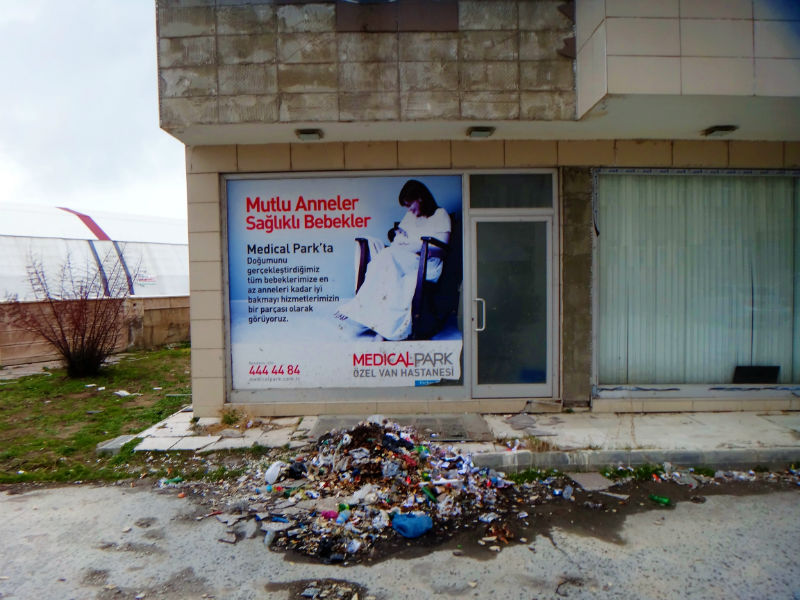 I can only guess that due to there being an even bigger hospital in operation a few miles a way, that this one simply became defunct, derelict and abandoned when the new one opened its door for the sick and injured of Van. 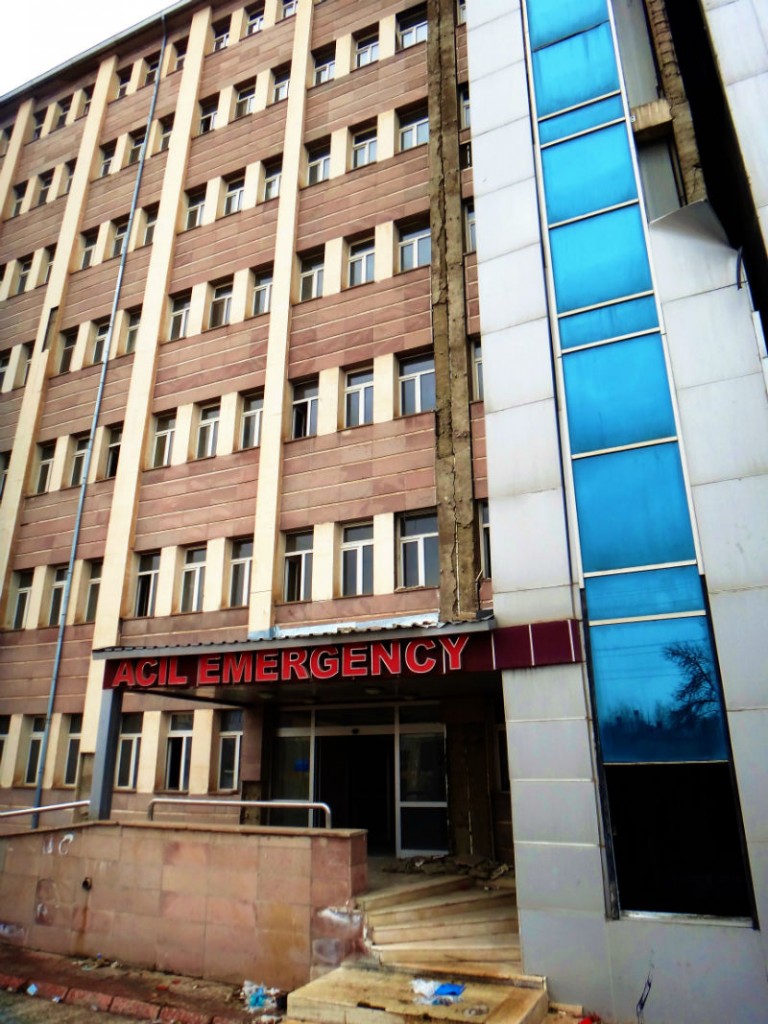 I don’t know why it doesn’t have a higher rank on Trip Advisor.

Where is this insanely creepy abandoned hospital in Van?

For more insane and abandoned holiday inspiration, then have a look at Bali’s Abandoned Theme Park!