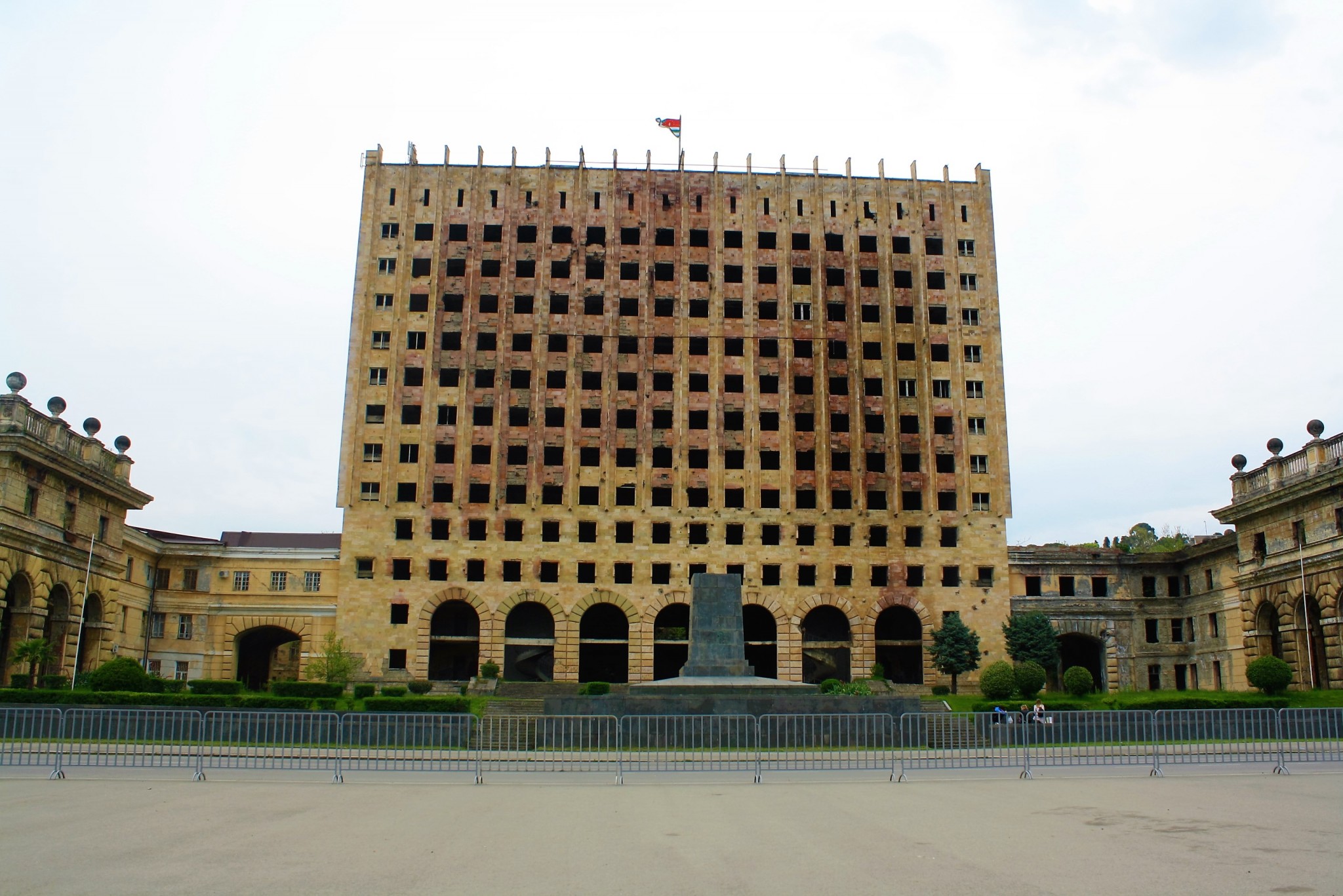 The abandoned burnt out government building casts its long shadow over the city of Sukhumi, the capital of the breakaway Republic of Abkhazia, a dark and visible legacy in an unrecognised and conflict strewn nation.

Abkhazia’s recent history is a violent history of war. During the days of Soviet rule the region was attached to the Georgian SSR, but when the Soviet Union disintegrated in the early ’90’s, and Georgia declared its independence, the fiercely independent people of Abkhazia decided that they too wanted freedom on their own terms. As with many areas of the former Soviet bloc, the policy of divide and rule which had united many different nations and interests under the red flag of Moscow, led to dire and disastrous consequences when the beast of Russia could no longer hold the borders it had forcibly created together. 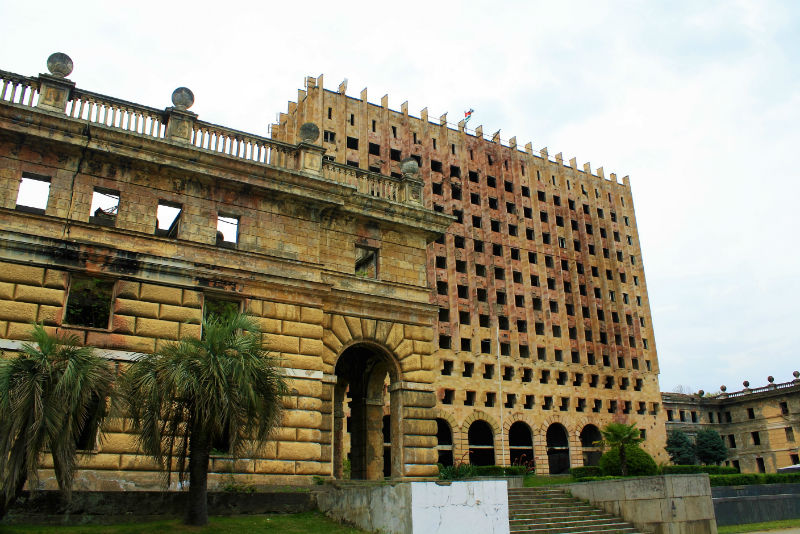 Sukhumi had flourished under Soviet rule. Its warm, sub tropical climate and beautiful black sea beaches made it a haven for tourists. Stalin even had his own summer house on the banks of Abkhazia’s Lake Ritsa. War destroyed all of this. From 1992 to 1993, Georgians and Abkhazians fought bitterly over the land, thousands died and many hundreds of thousands remain displaced to this day. The Abkhazians eventually fought the Georgians out, and they gained their independence, but few nations have ever recognised their sovereignty. 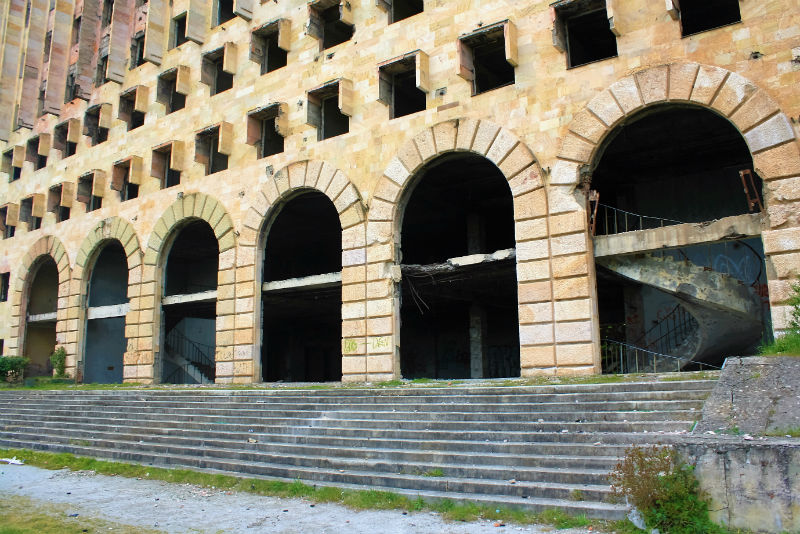 The conflict left the country in ruins, and in Sukhumi, I couldn’t help but notice the sheer number of buildings that still remain abandoned, derelict and war torn today. Abkhazia has a small population, the Georgians that once lived alongside them in the capital were killed or removed, and the small nation has struggled to recover economically in a country that is at the mercy of its Russian neighbour to the north, and completely isolated from its bitter Georgian enemy to the east. 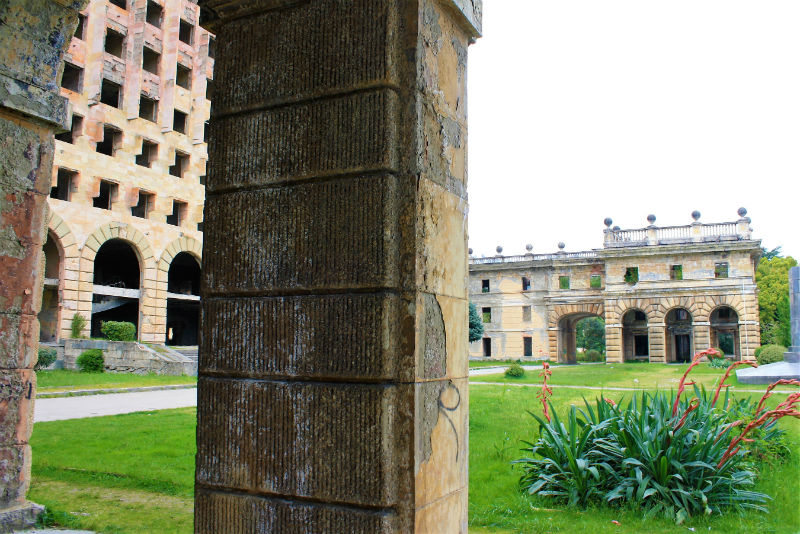 The largest of these abandoned relics, is the remnants of the government building. The Abkhazian flag flies proudly from the roof, but the interior is derelict, and the outside is visibly damaged by war. It’s a legacy of the dark times that befell this city. A brutal monument to war and destruction. 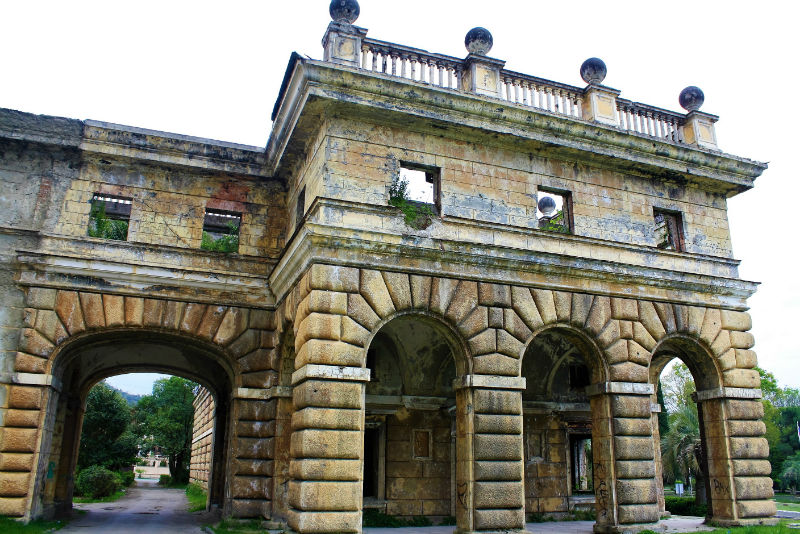 On September 27 1993, Abkhazian military forces fought their way into Georgian held Sukhumi. The Georgian resistance crumbled, and what ensued was an horrific bloodbath.

Their was a bitter fight for the government building itself. It was stormed by Abkhazian military forces, and the government ministers and employees who had remained behind, refusing to leave, were rounded up, and many were executed.

The outside of the building is still scorched black by the fires that raged through it. 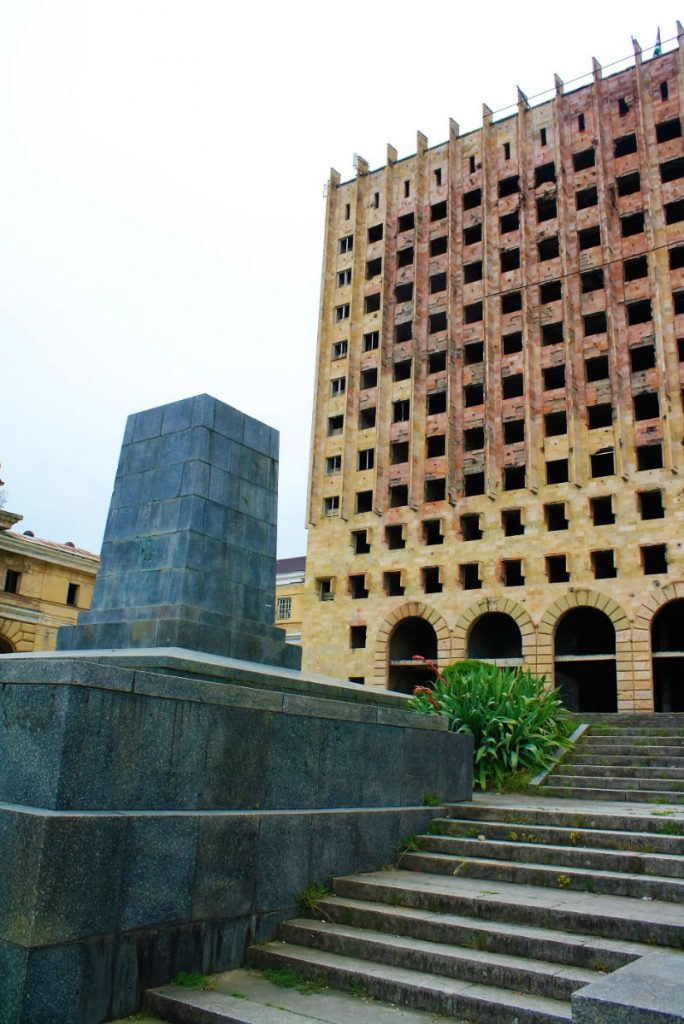 Inside, the damage, be it from the war, or the slow march of time, has left the floors covered in debris and rubble. 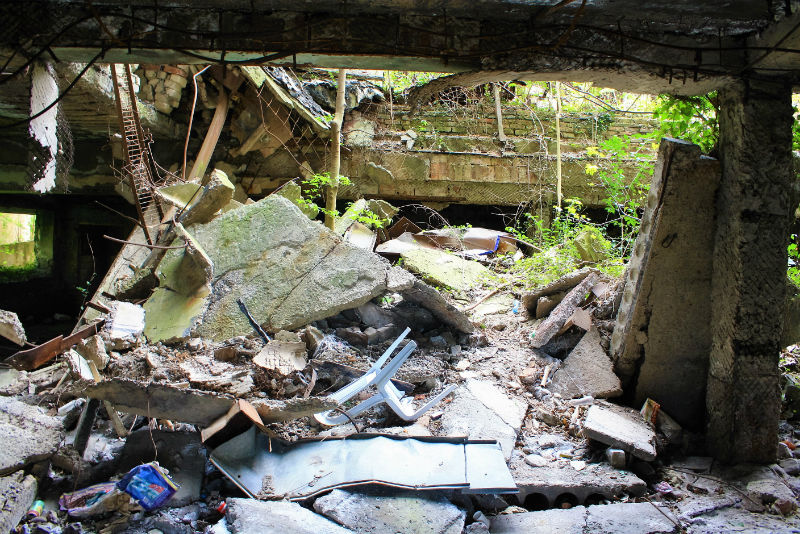 The interior is heavily damaged. Entire walls were blown out, or have fallen down. 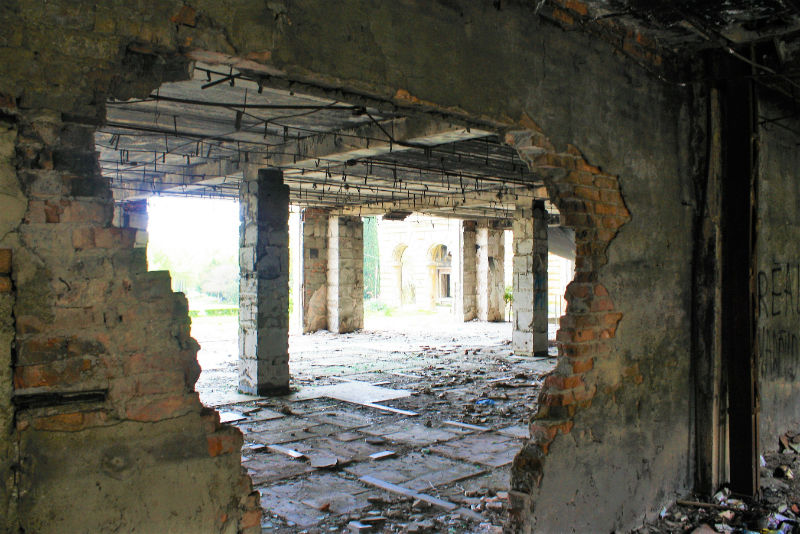 Despite this though, the building is in no way closed off to the public. There’s no guards, few barriers and no safety concerns. The front entrance is completely open, and only a few routes upwards are cordoned off by steel bars- although it’s not hard to traverse them. 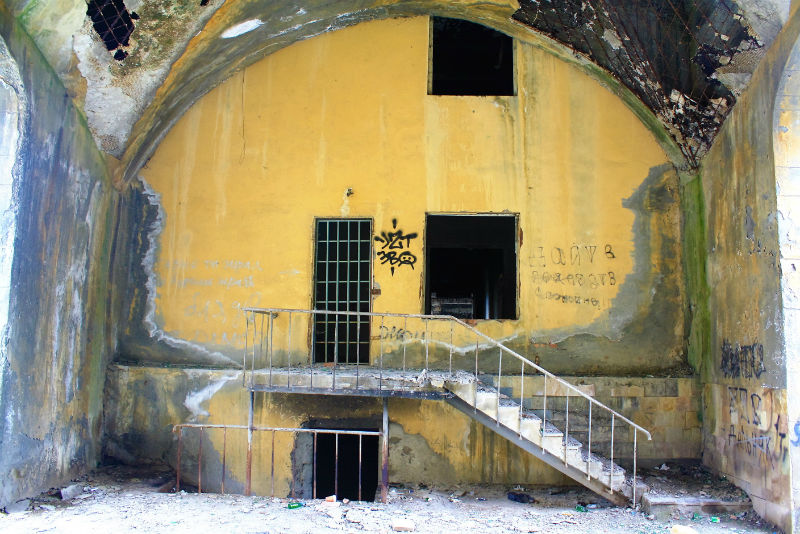 The elevators are most definitely out of order, but the stairs are still holding strong. 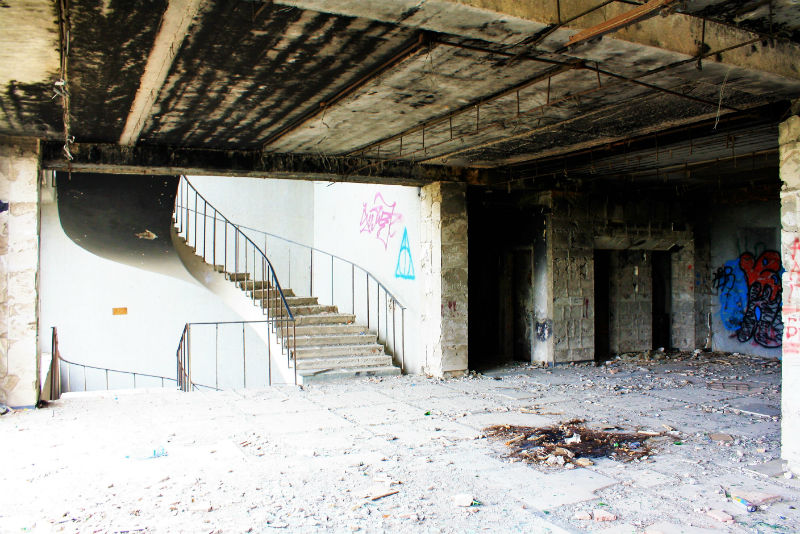 The wings that jut out from the main building were completely gutted by fires. 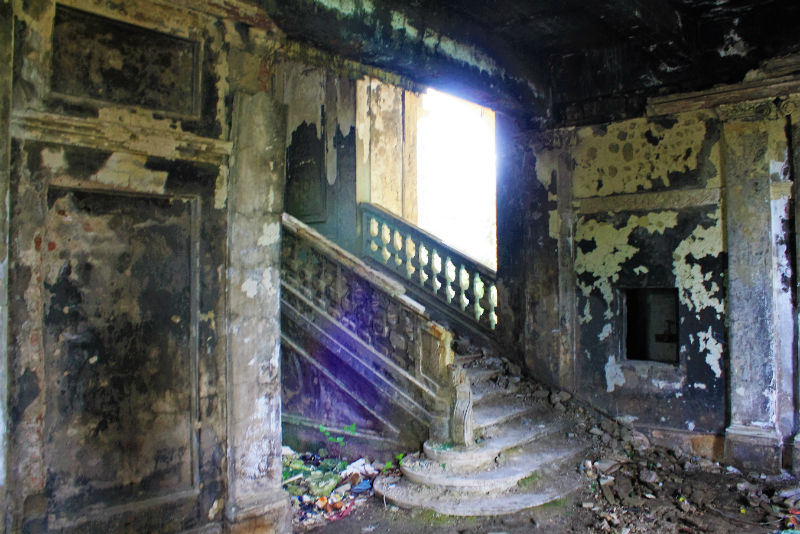 The darkened remains of what were once lavish, intricate stylings can still be explored, but they are now, slowly, being consumed by nature. 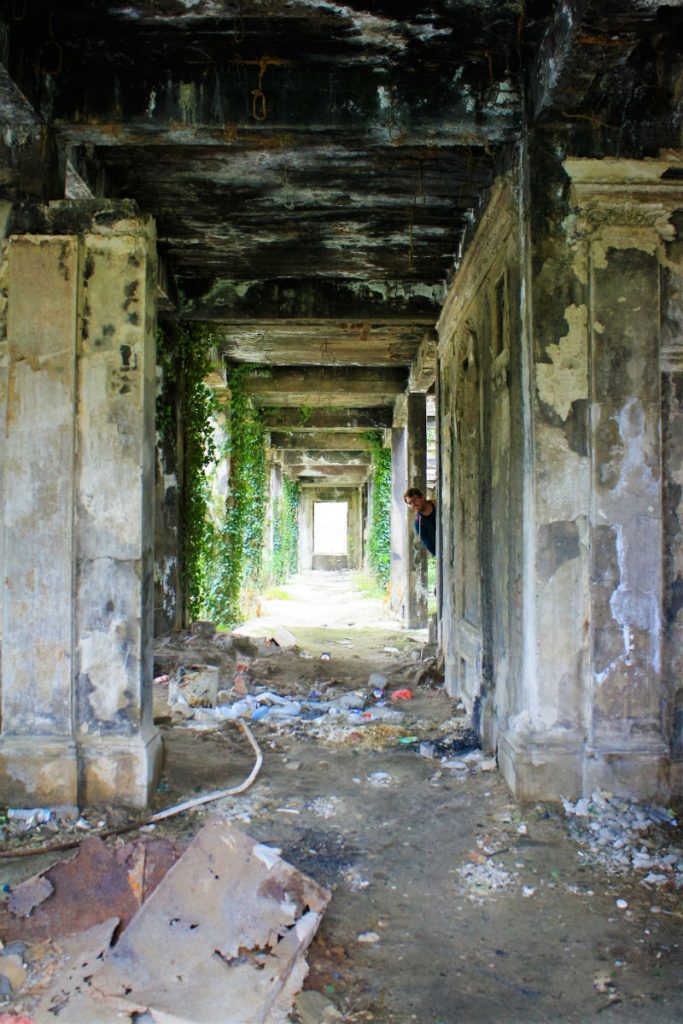 Black is turning to green, while the rubbish is piling up. 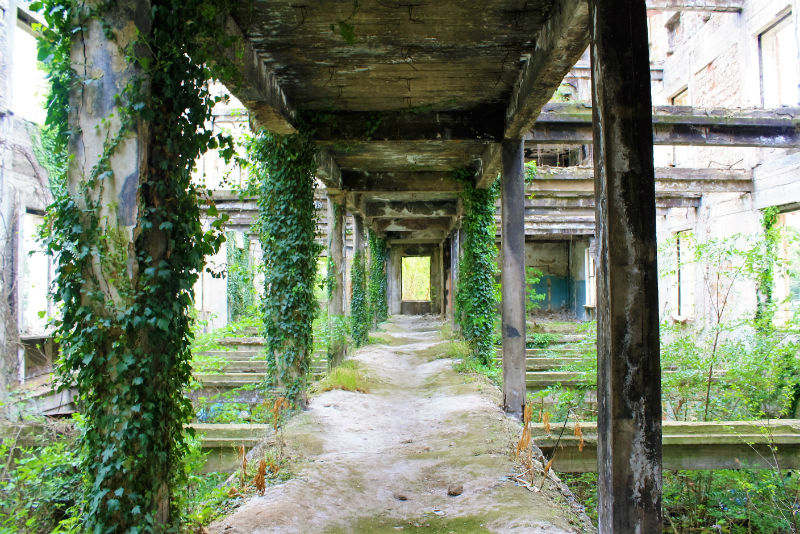 It’s a beautifully, scarred place. The haunting memory of the conflict can never leave Sukhumi, while the vast presence of a building that can be seen from any point in the city still casts its decaying shadow over the capital of Abkhazia. 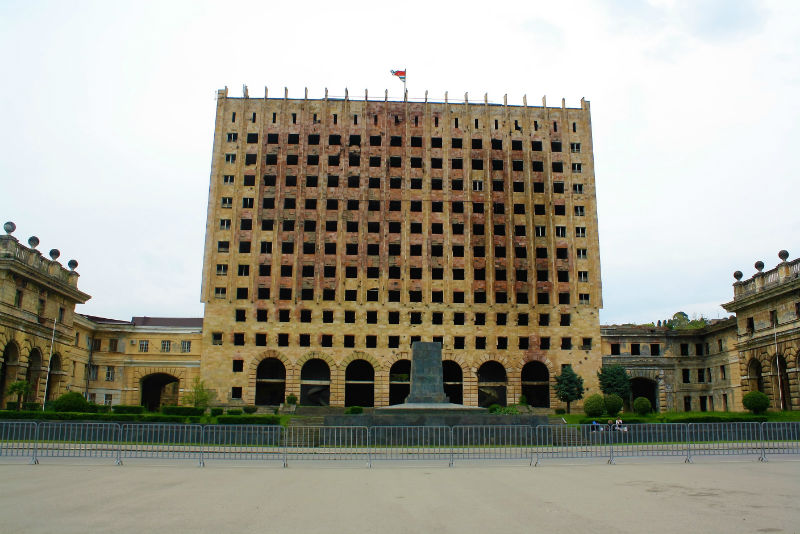 And unfortunately, there’s still trouble in Abkhazia to this day. The country is a tense, militarised place, and the border crossing into the breakaway nation is uneasy, rigorous and jumpy. A few weeks after my visit, a Georgian man was shot dead by the Abkhazian military in a confused incident at the same bridge I’d crossed over, proving that whilst travel here is certainly possible, and enjoyable, there is always a small danger of being caught up in a certain degree of trouble.

But hey, that can happen anywhere in the world these days, right?

Where is Abkhazia’s abandoned burnt out government building?