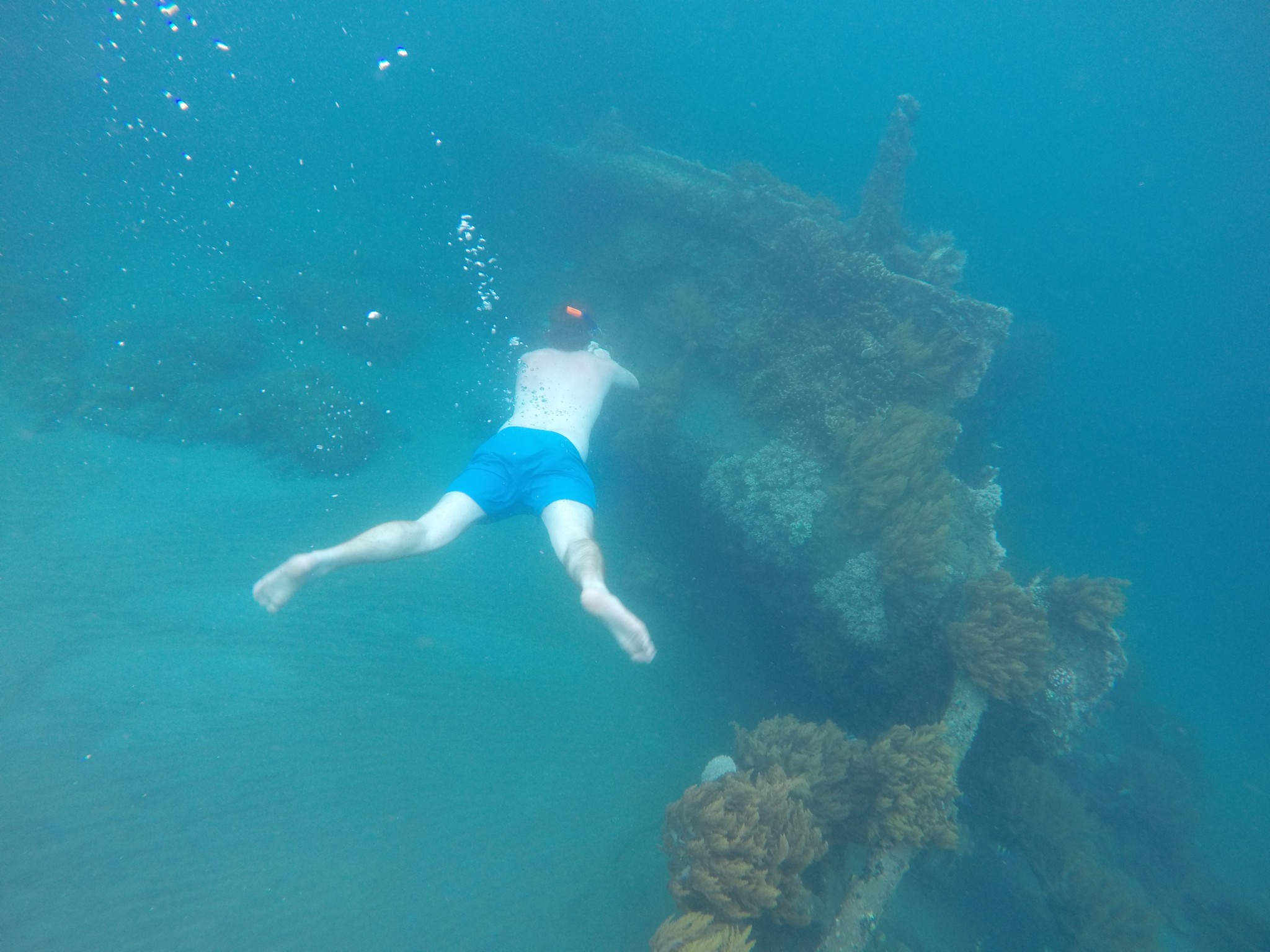 Resting on the seabed off of Amed’s volcanic, black sand beaches is the Japanese Shipwreck. This is one of Bali’s greatest snorkelling spots, where the ruins of a rusting sunken vessel have become a rich coral garden swamped with sea life. I took a dip underwater to explore the wreck with a mask and snorkel. 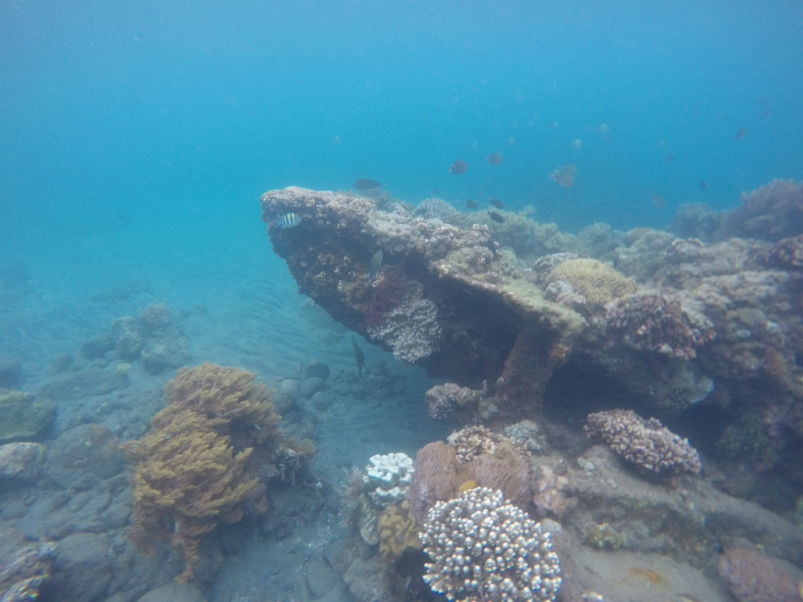 Amed, in the rugged north of Bali, is a relatively untouched part of the island. At least compared to the chaos of Kuta and the resorts of Nusa Dua. It’s home to coastal villages, fishermen, monstrous volcanoes and an inordinate number of diving companies. But that’s because this is one of the best spots in Bali to dive and snorkel. 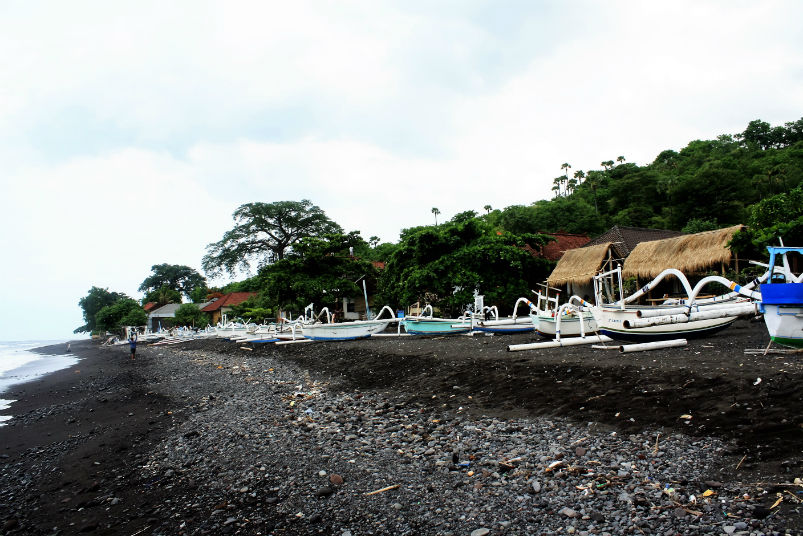 I’d already dived on the USS Liberty, a large WWII wreck just off the beaches of Amed, and a site teeming with marine life mingling amongst the gloomy, rusting metal skeleton of the ship, so the next stop was just down the coast, where the smaller Japanese Shipwreck lies close to shore, just out from the small village of Banyuning. 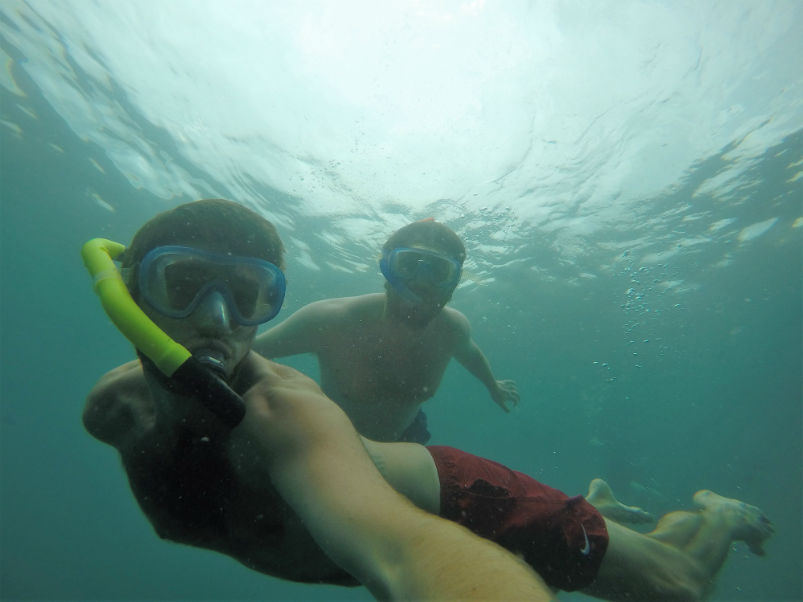 For this wreck I was armed just with a mask and snorkel, it’s only a few metres deep and only a few metres from the black sand and pebbles of the coastline. The Japanese Shipwreck is in the perfect position to just swim out from the beach and snorkel. There aren’t too many wrecks anywhere in the world where that’s possible. 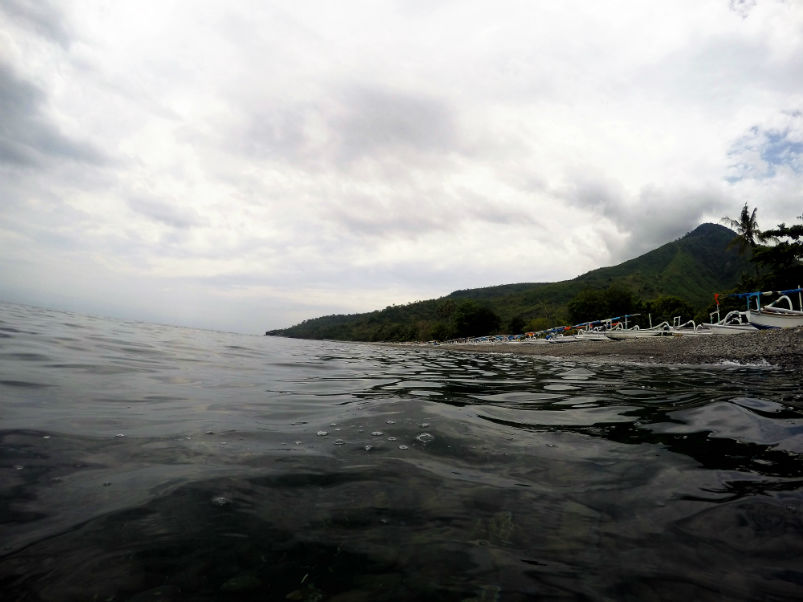 Not too much information abounds concerning how the wreck ended up where it is now, how it sank, or even what purpose the vessel actually served. The site is known colloquially as the Japanese Shipwreck, either because it is an old Japanese Torpedo Ship, or because someone found a Japanese style toilet in the remnants of the vessel. 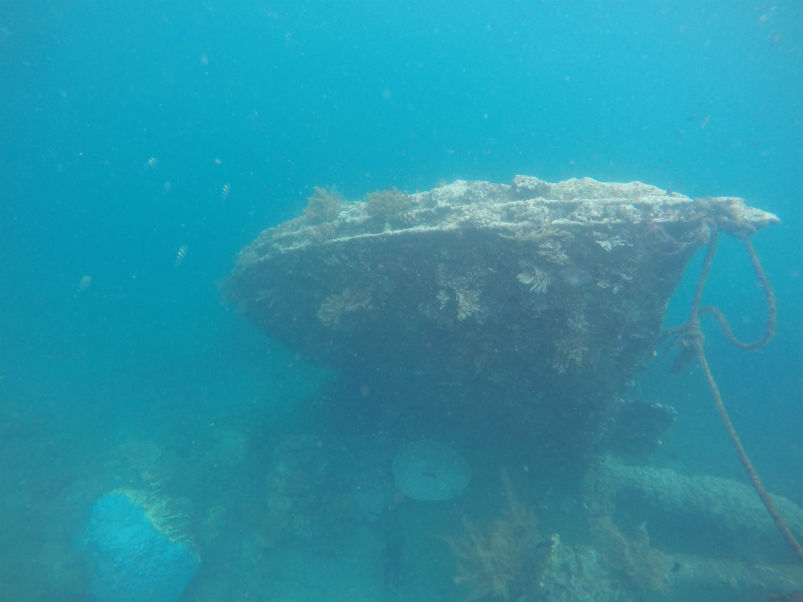 The coral and sea life has flourished, using the sturdy steel structure as a frame for growth and now the wreck is entwined with and a fascinating part of the underwater ecology here. 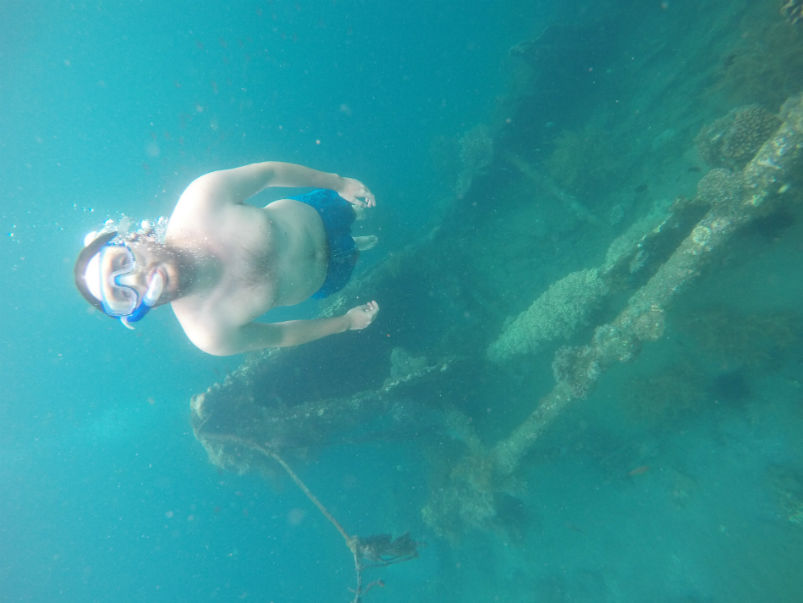 It’s shallow enough to easily duck dive down to get a closer inspection, and to even swim in amongst parts of the sunken vessel. 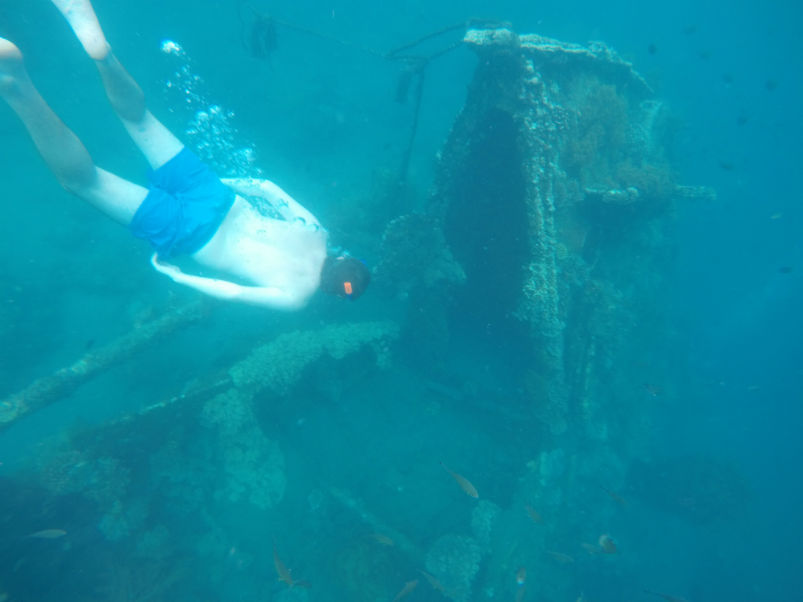 The best time to dive or snorkel is the morning when the water is at its clearest and visibility the best! 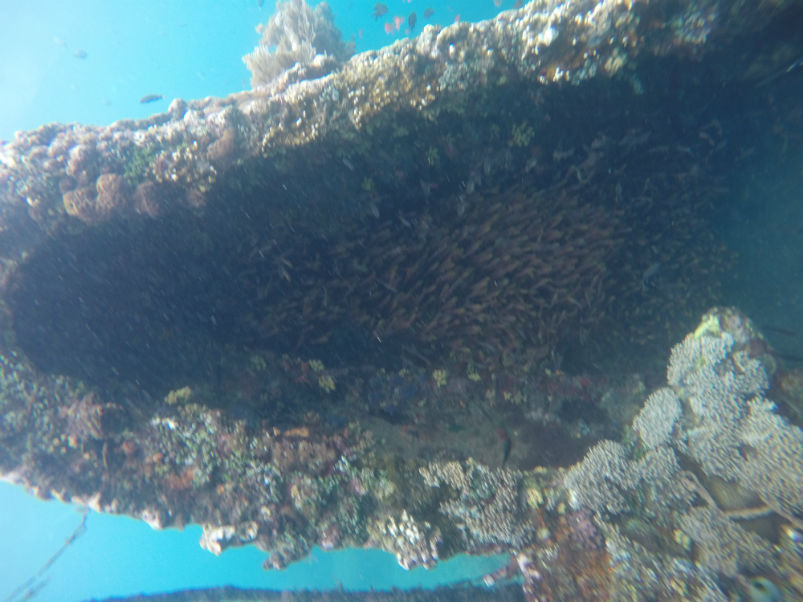 Here’s the location of the Japanese Shipwreck in Amed, along the coast of Bali:

For more info on exploring the nearby USS Liberty wreck then have a read of my diving adventure here!

The SS Maheno Shipwreck Is Rusting Away On Fraser Island